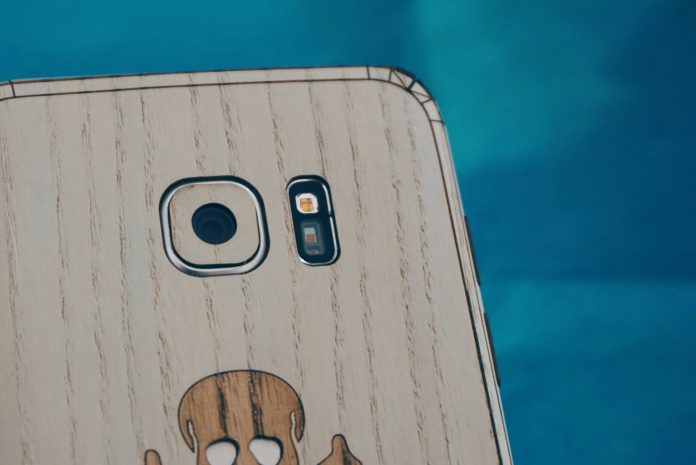 Back in February I reviewed a real wood skin, by Toast, that covered the metal exoskeleton of my Huawei Nexus 6P. It was one of the coolest accessories I had used to date, and now I have another skin from Toast for my Samsung Galaxy S7 edge. Most accessories that are designed to cover smartphones are usually hard plastic cases, like those from Spigen, or Urban Armor Gear.

Toast is a relatively new company getting its start in 2012 by a man named Matias Brecher to which I had the pleasure of meeting him in person at CES 2016. My first impression was a good one. Similar to other people I know who own their own businesses, I could tell he took great pride and passion in his work. He was standing at the CES booth and actually applying real wood Toast skins to people’s personal phones.

In the 15 minutes I was at the booth, I did get a chance to speak with Matias. Even though he was tired from being on the CES floor for three days straight, he took the time to tell me about his company. He even told me he was the one who designed and cut my custom AG skin for the Nexus 6P.

Toast got its name by the process in which the designers engrave and cut with a laser that burns in a very precise manner. So Matias named his company after toast which also burns.

Toast is a true U.S. based company which does all of its business in Portland, OR. In just four quick years, they have already grown to a company of 10 where they handle every step of the skin creation process. They are very good people. Toast takes part in the 1% for the Planet program in which a minimum of 1% of Toast’s net proceeds are donated to help save the earth. It’s a rarity for such a new company to have a social conscience, but it does and I am happy to support a company like Toast.

Toast skins can be fully customized at www.toastmade.com where you can select from four different woods: Ash, Walnut, Ebony or Bamboo. 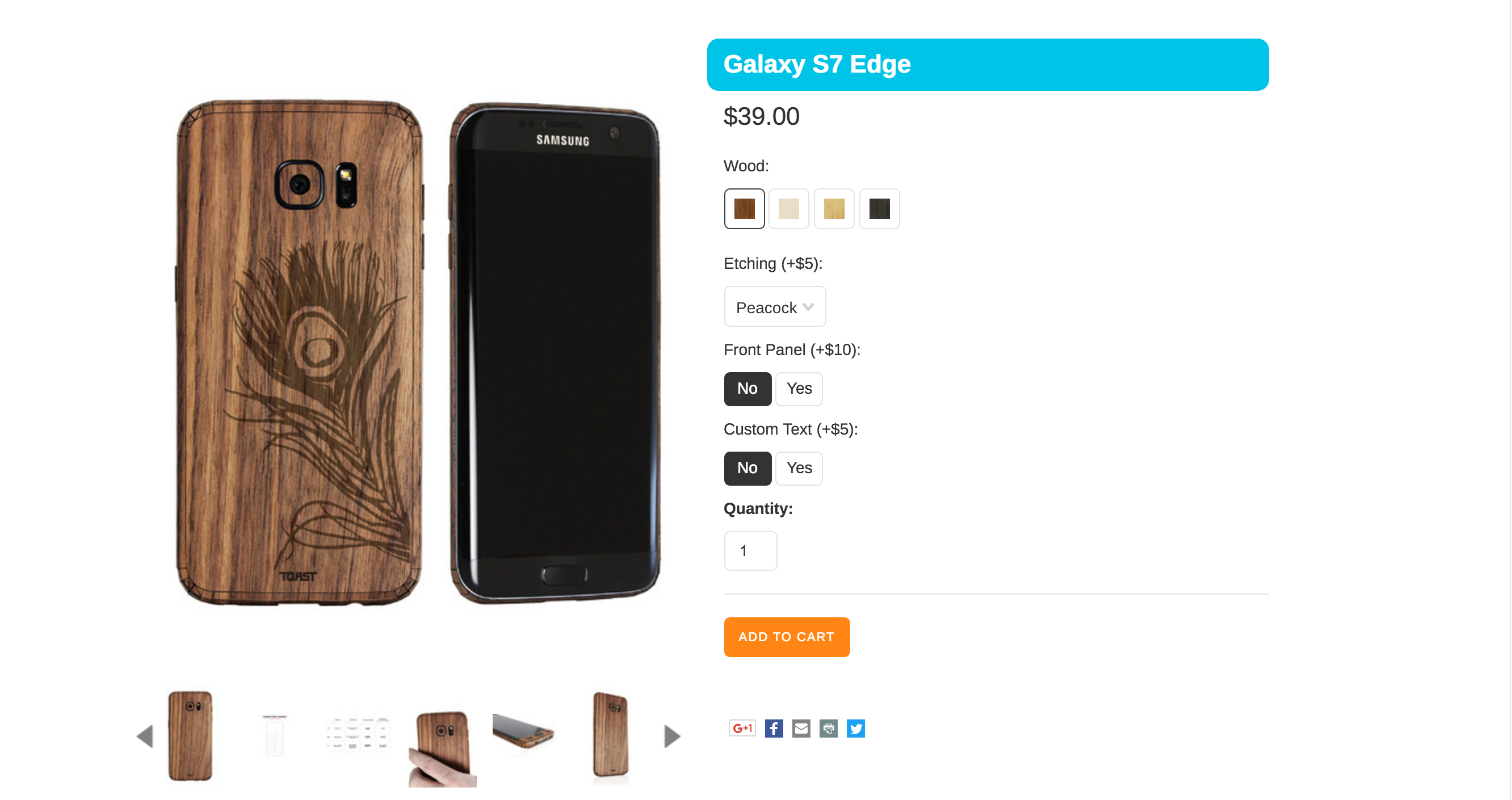 You first pick with the wood of your choice, followed by engraving options which costs an additional $5. If there is something you want designed that isn’t in the list, you simply need to let the designers know, and they can pretty much laser etch anything you want. For my skin, I went with Ash engraved with a skull and crossbones since I work with chemicals, and see that symbol on a regular basis. To round out the look of my skin, I added a front cover for an additional $10. 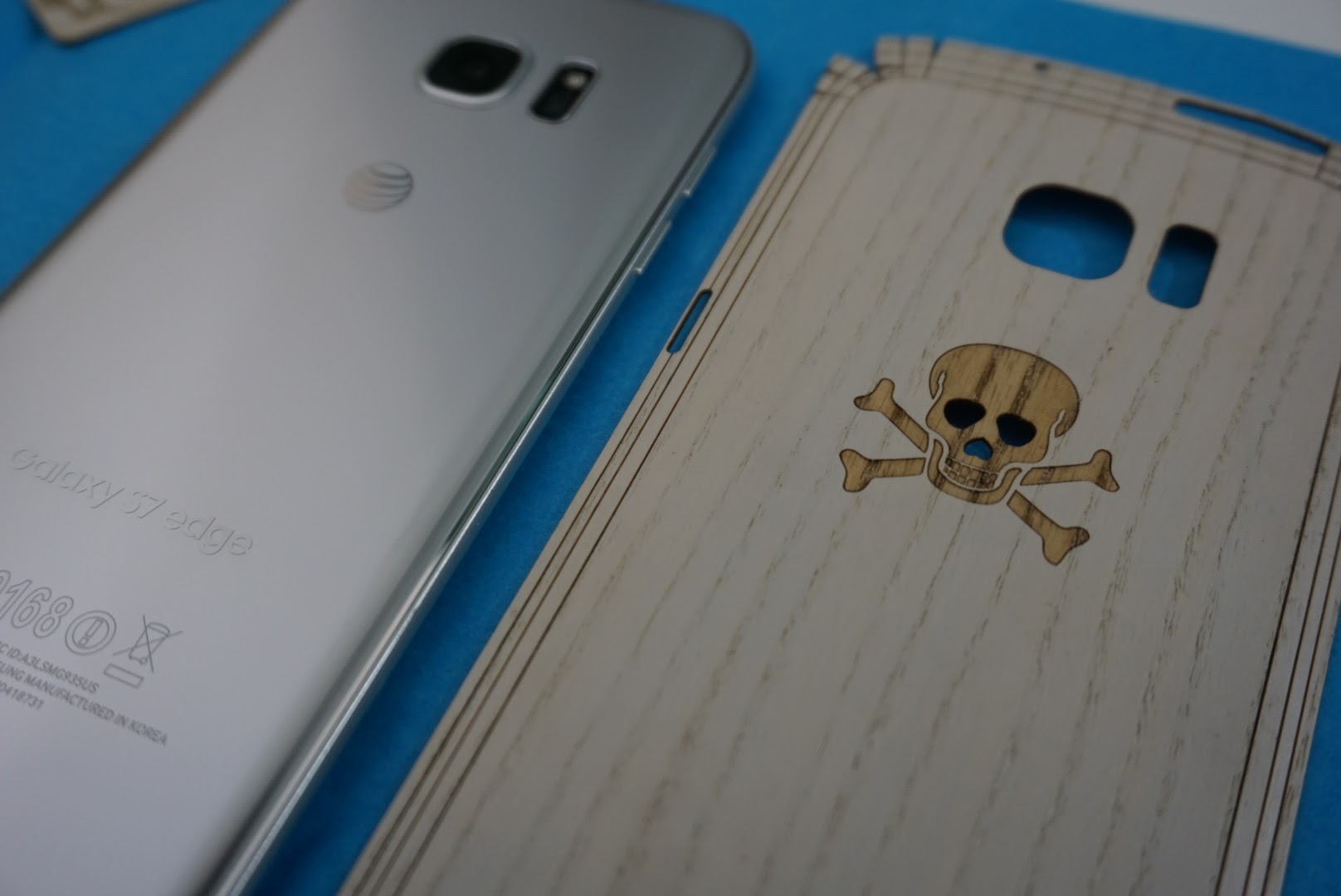 Skins and screen protectors are things I usually dread installing, because they’re a pain in the butt. The Toast skins are stiff since they are made from real wood, and they also have laser etched cutouts for areas where the phone curves. If you have the S7 edge, you know there are a lot of curves on the phone. The laser etching and high quality wood make installation of the Toast skin a breeze. All I had to do was wipe my device clean to remove oils and dirt, then peel off the backing to expose the glue, and wrap it around my phone. The whole process took less than five minutes.

In both of my experiences with Toast skins, I was pleasantly surprised to learn that the skins fit perfectly. Every single cutout properly aligned with the volume buttons, SIM card slot, power button, 3.5mm audio jack, speaker, and charging port. The front skin matched up with the rear skin, and fit around the edges of the front display like a glove. 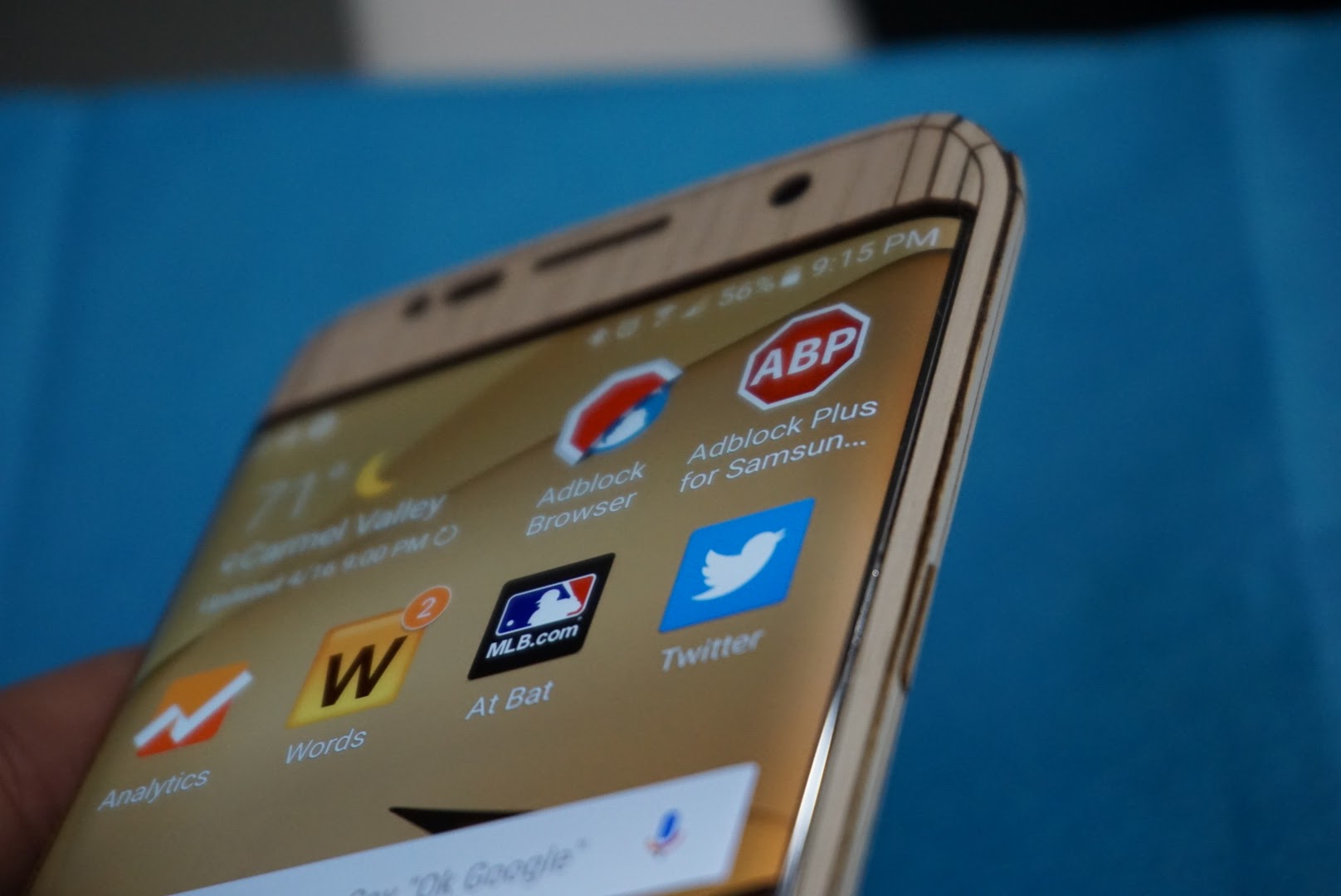 The Toast skin is about twice as thick as vinyl skins, which gives a little extra protection against drops and deep scratching. Wireless charging still works with this skin, and there are no issues with the fingerprint reader, or capacitive buttons on the front of the S7 edge. 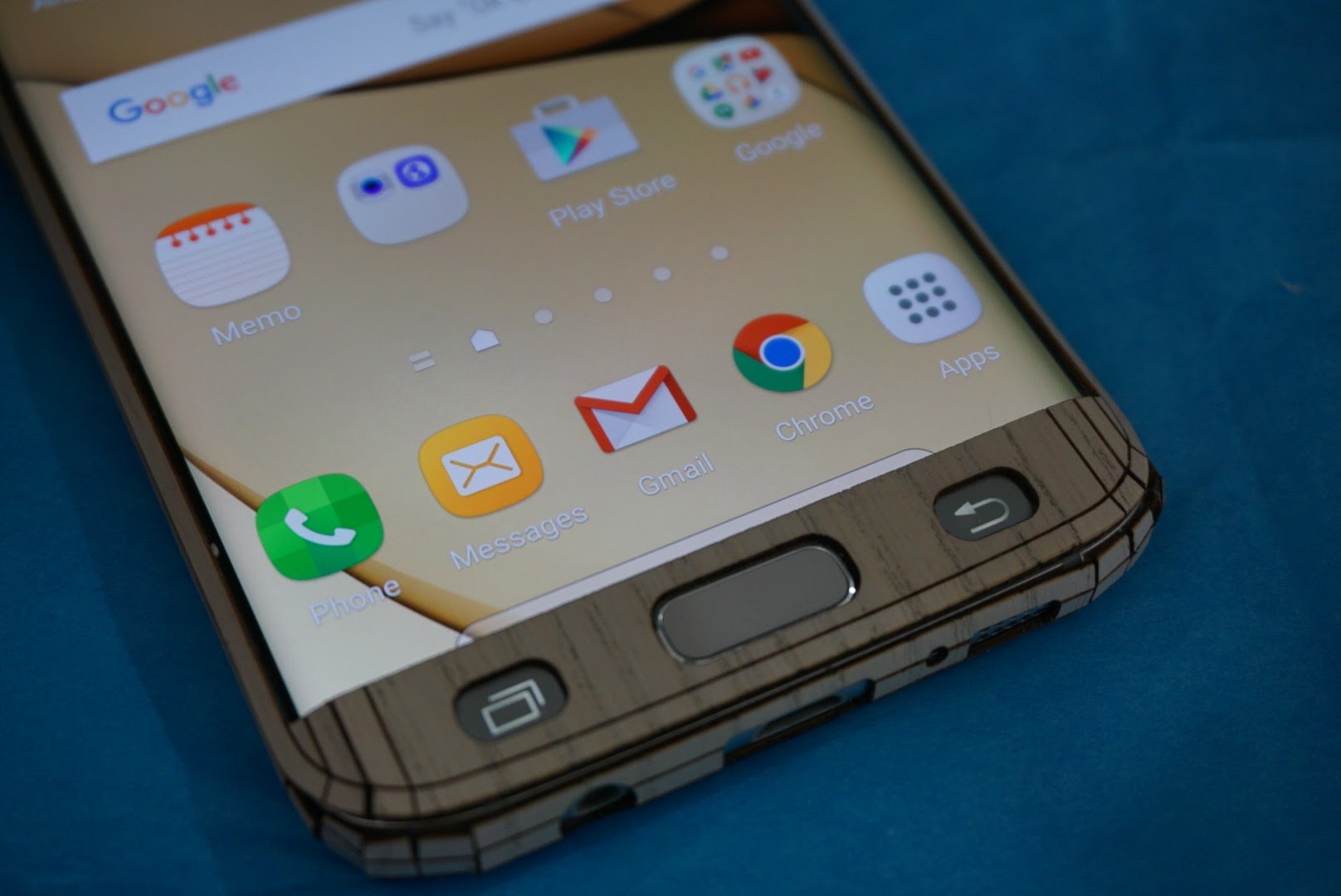 The wood skin gives my slippery glass S7 edge more grip, and it helps protect against random scratches. A few of my friends who saw the skin, made comments about how cool and unique it looked. One even placed an order for a Toast skin for her iPhone. She loved that it looked different from anything else she had ever seen before. I agree with her assessment, and also love this skin by Toast.

If you want to be different from the crowd, I suggest you check out the real wood skins by Toast. I have two wood skins now, one for my Nexus 6P and one for my Samsung Galaxy S7 edge. I go through quite a few phones, but the ones with the Toast skins are my favorite. They look nothing like what everyone else uses to cover their phones. 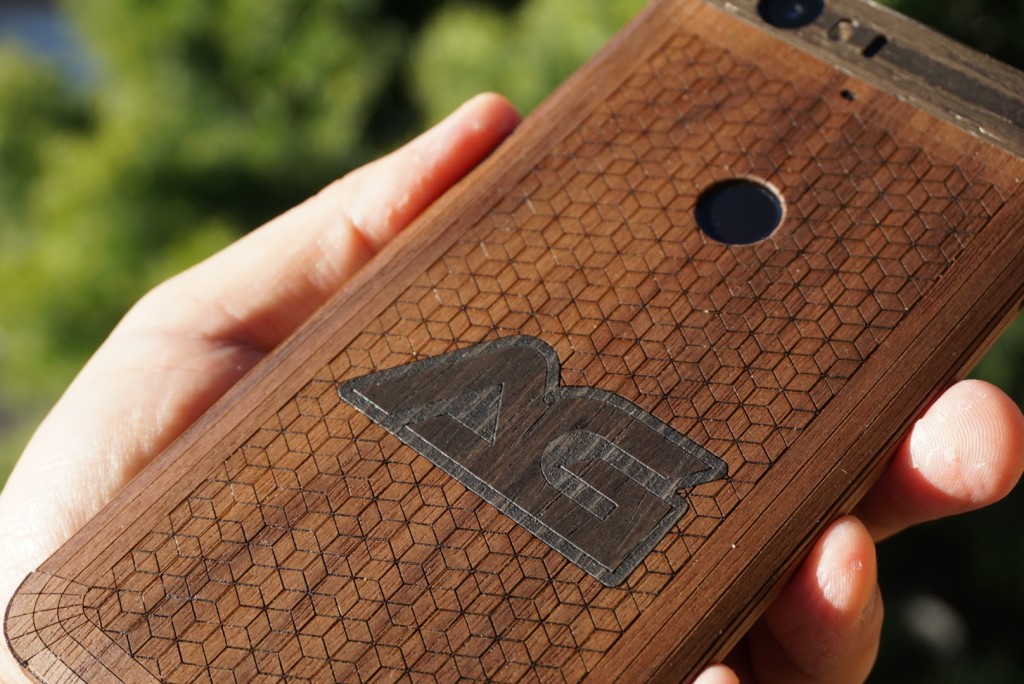 Toast makes skins for a wide range of Android devices, including most Apple products. Learn more at www.Toastmade.com. How does the yeedi vac station fare in the growing world of robot vacuum cleaners and automated smart home devices? Here's our review.