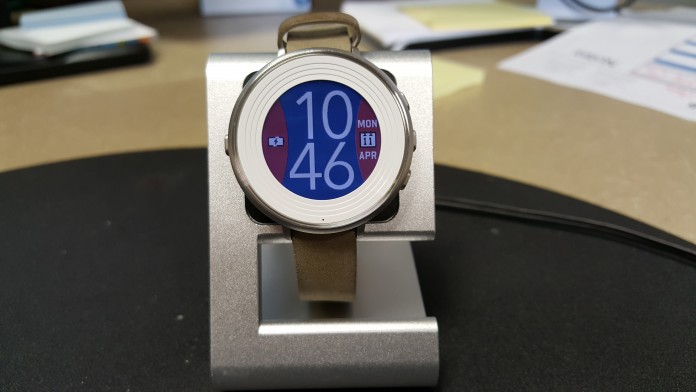 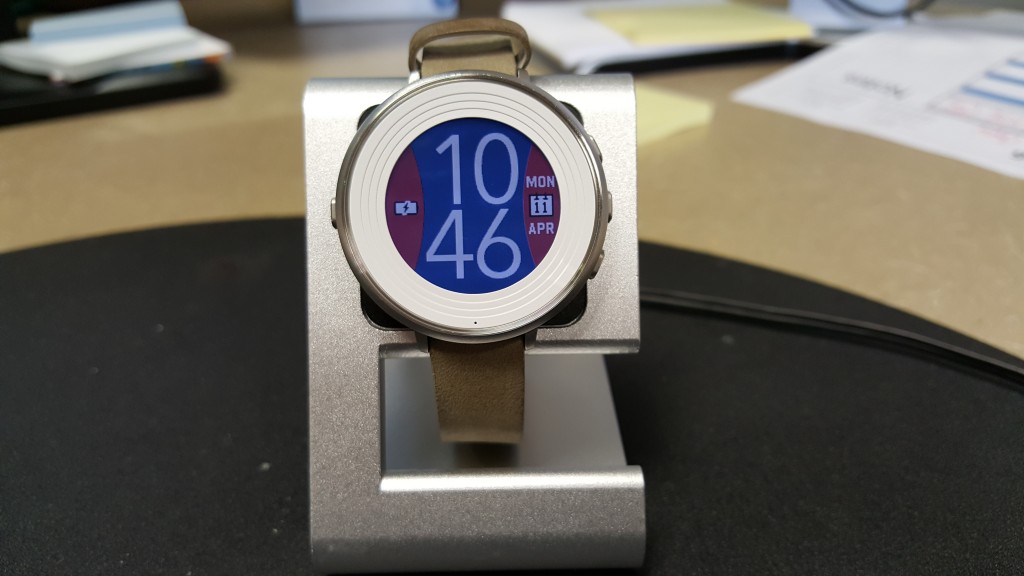 As a Pebble Time Round owner, I find myself fumbling with a charging cable every time I need to give my watch a battery boost. I’ve gotten so used to placing my Moto 360 into a dock and dropping my Galaxy S6 on a wireless charging pad that using a cable the old-fashioned way just seems cumbersome and time-consuming. Enter TimeDock, a charging dock made specifically for Pebble Time devices. The team at TimeDock was kind enough to send over a review unit, and after using it for a week, I can safely say I will never have to deal with a charging cable again. 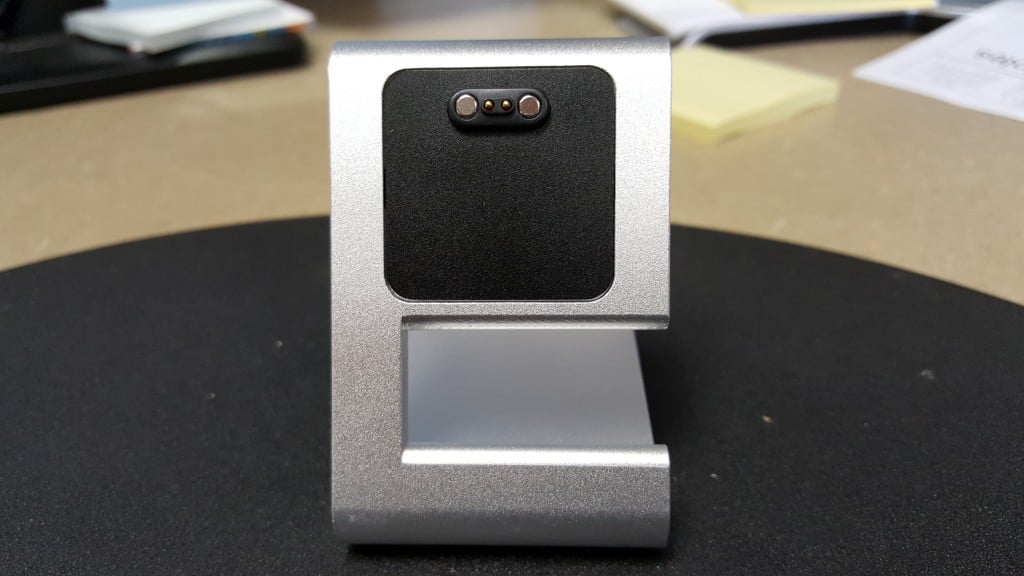 I was delighted to see that TimeDock did not spare any expense when it came to design, much like Pebble Time Round itself. The dock is crafted from anodized aluminum, and the simplicity speaks for itself. The entire dock is one single piece of aluminum, and it exudes elegance.

The front of the dock features a black plate, which houses the charging module. As with the standard Pebble Time charging cable, magnets flank the charging pins on the dock. On TimeDock, however, those magnets are of the neodymium variety, which helps to hold the watch in place while it is docked. 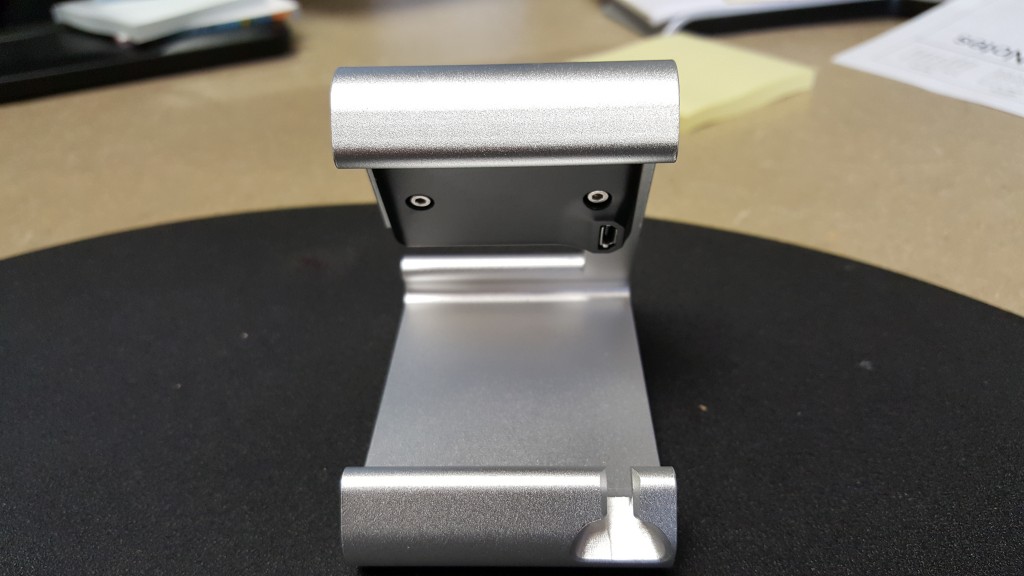 The underside of the dock sports a rubber pad to prevent scratches. The pad also has a rubber adhesive, in case you want to put the dock in a certain place without fear of it falling over. Since the dock is decently hefty for its size, I never had an issue with it wobbling or moving at all.

TimeDock’s simplicity is not limited to design, and using it could not be easier. Simply choose a location for the dock and plug in a microUSB cable to the back of the dock (one is included, but I used an extra, longer cable that I had laying around). After that, you’re all set to drop your Pebble Time device on the dock. 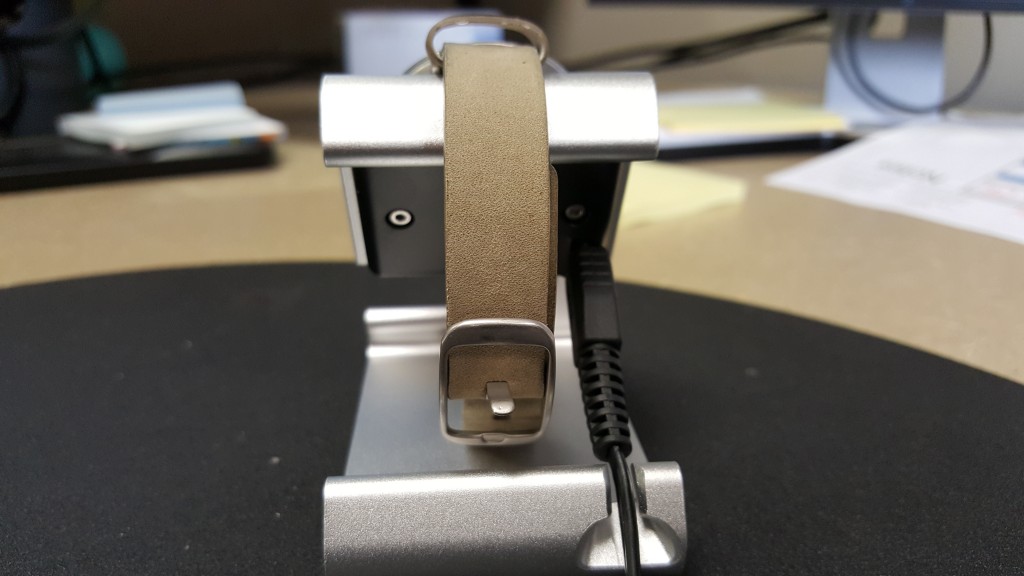 The dock leaves a space under the charging module for the watch band to loop through, but I rarely found myself using this space. Almost every time I put the watch on the charger, I didn’t feel the need to take the time to loop the band through. I do see the appeal of having a neatly placed watch with the band tucked away behind the dock, so I’m still glad that the team behind TimeDock saw fit to include that space.

After running a few charging tests, it’s safe to say that TimeDock is as fast and efficient as the standard Pebble Time charging cable. I found no delay in charging speed, which confirms that this dock allows users to have convenience without sacrificing performance. The fact that Pebble Time Round charges from 0% to 100% in less than a half hour certainly helps as well. 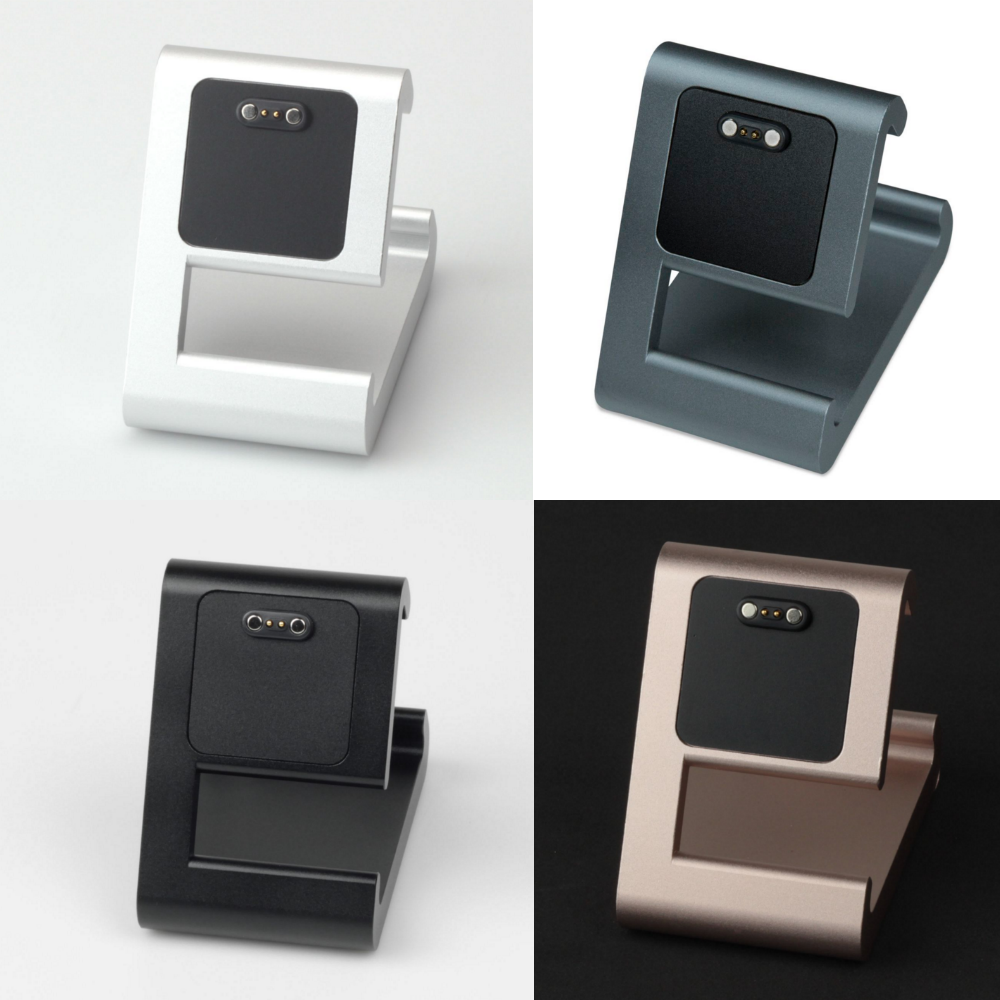 TimeDock is available directly from the company’s website in four colors: Silver (featured in this review), Gunmetal Grey,  Black, and Gold. With a price tag of $59.99, it is a bit steep for a charging dock, especially considering the sub-$200 price range of the watches it supports (Pebble Time, Time Steel, and Time Round). But if you plan on using your Pebble for years to come, it is actually a good long-term investment. The dock is clearly made from quality materials, so durability isn’t really an issue.

It is also worth noting that, according to TimeDock’s website, the charging module in the dock is actually replaceable. So even if Pebble releases a new watch with a different charging configuration, users will likely be able to swap out a module that fits the new watch. Thanks to this feature, TimeDock is essentially future-proof, which increases its long-term value. 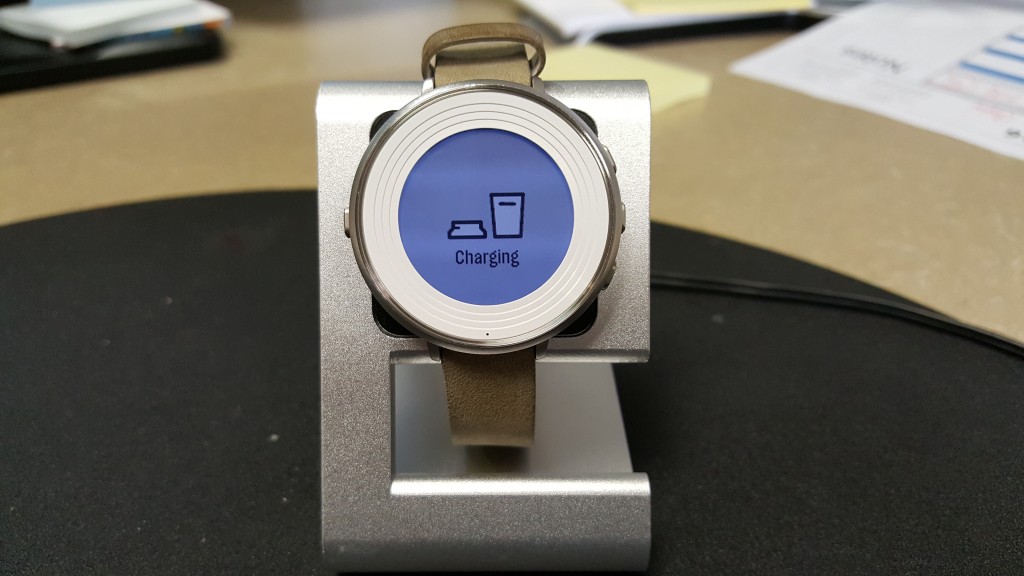 TimeDock solves the problem of the awkward charging cable, but it does so with class. It isn’t just an easier charging solution, it’s a great companion for Pebble Time devices. The four color options give users the opportunity to have a matching watch and TimeDock. It is incredibly easy to use, and it functions on par with the standard charging cable. The price may seem high initially, but I have no doubt that TimeDock is a worthy investment that will still be helpful years from now.

Pebble sends out update to ensure its smartwatches keep working