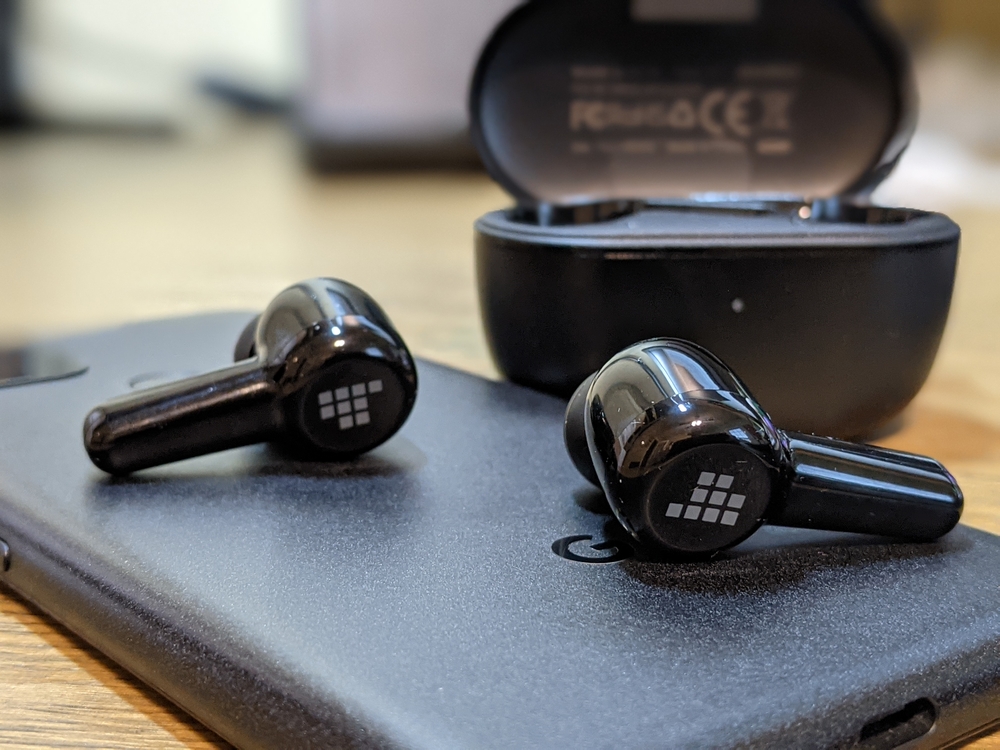 We recently had a great time reviewing the Tronsmart Apollo Air+ wireless earbuds as the truly wireless headset checked all the major boxes for most user needs in the area of Bluetooth earbuds. Here, we’ll take a look at something a little more simple and budget-friendly from Tronsmart, the Apollo Air wireless earbuds.

How much different are the standard model from their plus-signed counterpart? Let’s find out in our official review of the Tronsmart Apollo Air earbuds.

You’d be hard-pressed to find much difference in the Apollo Air and the Air+. Sitting side by side I honestly can’t pick them out of a lineup. I won’t spend much time here due to that and simply say that you have the same stemmed form-factor as the more premium Air+.

Again the overlap with the Air+ model is very similar. You have some basic interacts that can be accessed with single, double, or triple taps of each earbud. A single tap of the right bud will raise the volume while the same on the left side will lower the levels.

The only odd gesture is how you launch your favorite voice assistant. The timing takes some work, but you have to single tap and then hold for two seconds. Once you get it down you can easily access Google Assistant, Bixby, or even Siri.

One final touch control is for Active Noise Cancellation. This can be toggled on and off with a triple tap of either the right or left earbud. When turned on the Apollo Air earbuds can eliminate up to 35 decibels of outside noise. 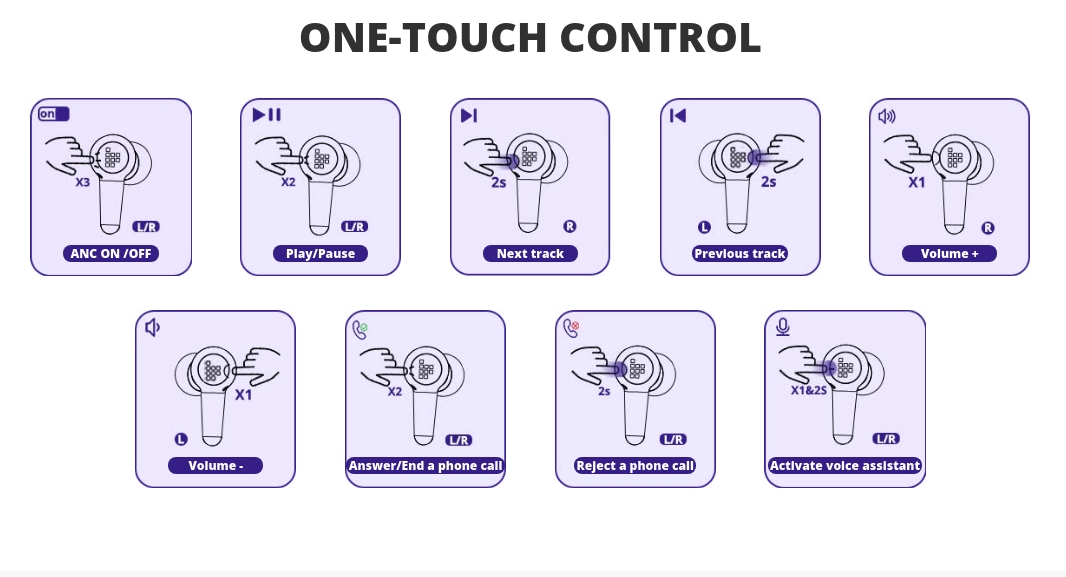 Media playback is pretty solid with the Tronsmart Apollo Air earbuds. The overall sound is good with mids and highs coming through crisply. One note versus the more premium is the bass from the Apollo Air gets slightly distorted at higher volumes.

Phone calls are also very good. I had no issues with either end of phone calls. A six microphone design lends to this clarity with Qualcomm’s cVc (Clear Voice Capture) protocol. Think of this as ANC for voice calls. It helps use the mics to isolate your voice from the outside elements.

Honestly, this might be the biggest section to notice a difference in the spec sheet from the Apollo Air and the Air+. Both offer USB-C quick charging with the battery case. This gets you over 24 hours of full playback. 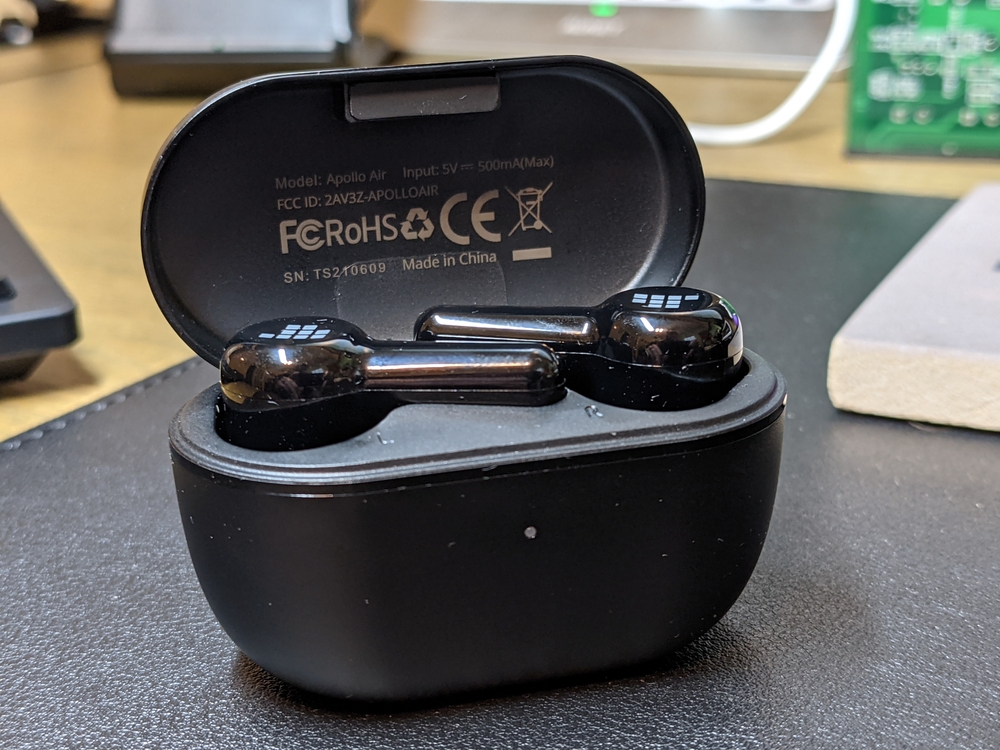 The Tronsmart Apollo Air wireless earbuds are another great addition to the company’s offerings. You get five-hour battery life, good sound, and a $70 price tag. This makes the Apollo Air a solid option for those looking to add wireless audio to their commuter bag.

You can snag these new Apollo Air earbuds from Amazon. The price is currently 10% off the full retail price of $70.