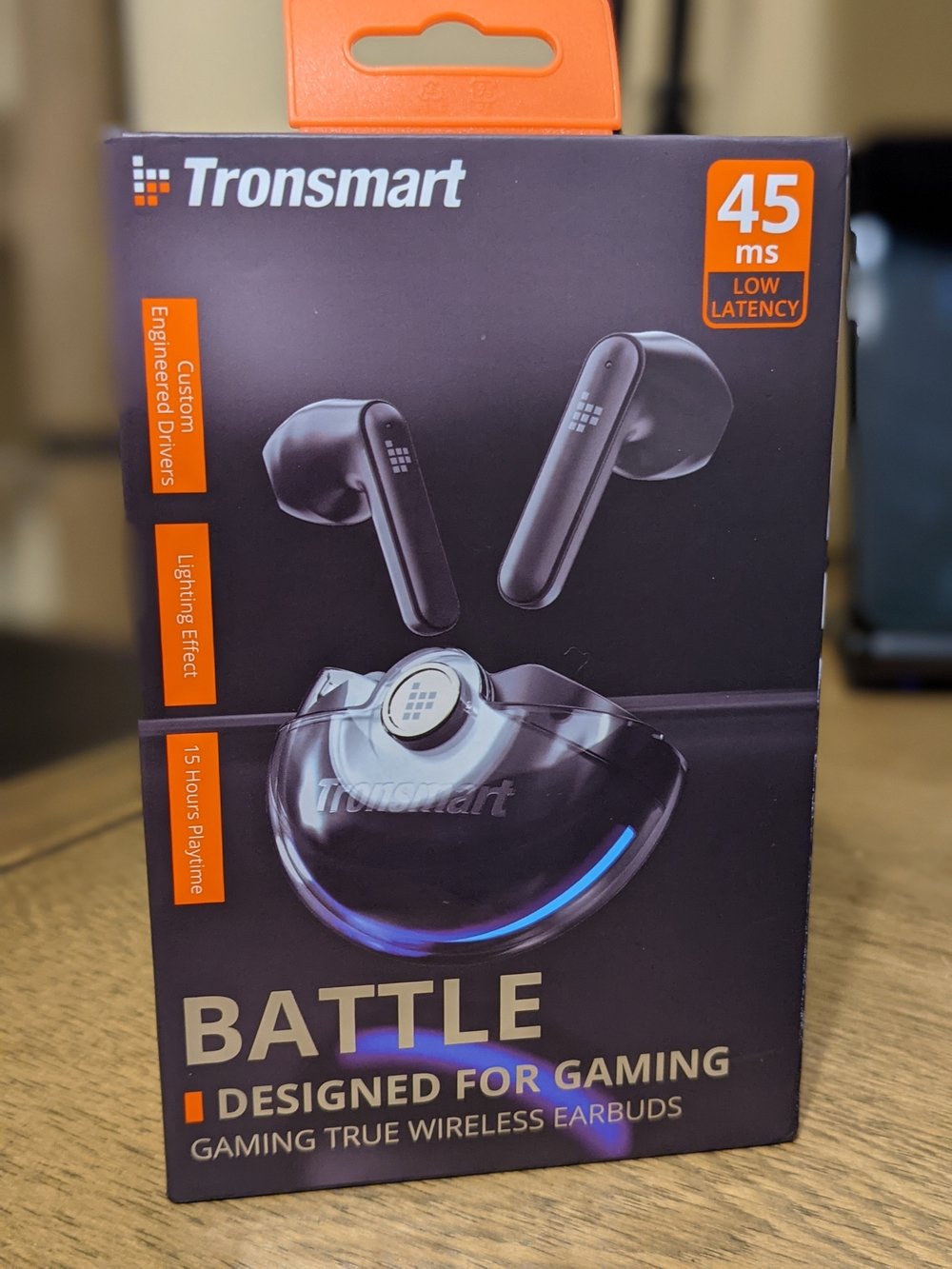 Earbuds are seemingly a dime a dozen these days and it’s easy to find something to match your needs or budget. These wireless audio devices have become the darling of mobile devices over the last few years while the headphone jack dies its slow death. Tronsmart, a pioneer in this market for some time, recently sent us its latest offering, the Battle Gaming earbuds.

Just what does the new Gaming moniker bring to the Battle headphones? Let’s find out in this in-depth review.

The overall construction of the Battle earbuds isn’t gonna be earth-shattering. You get the familiar in-ear teardrop with a stem that we are all familiar with at this point. On the outside of each, you will find a Tronsmart logo that doubles as your touch controls area. 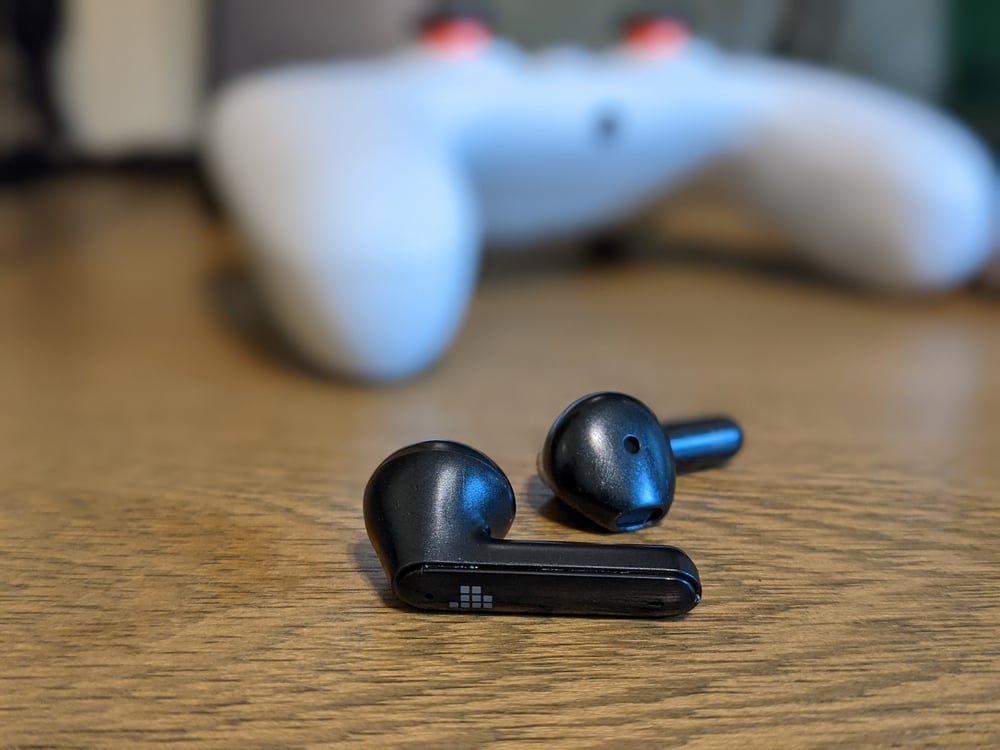 I will note that the stemmed area of the Battle buds is quite a bit shorter than the other models we’ve reviewed of late. I don’t know that it attributed to any performance issues but I could see some users possibly having fitting preferences for one or the other.

The fit of the Battle earbuds has been nice for me thus far. As mentioned, this is very much a personal preference, but I find that the non-silicon style Tronsmart has implemented here works best for my ears. The earpieces sit comfortably in my ears and the light weight makes it easy to wear all day.

The audio experience is also pretty good with these smaller earbuds doing a decent job of balancing sound and volume. Is it going to win audiophiles over? No, but it makes for a nice music and/or podcast-filled workday with zero issues.

We’d be stupid to not mention that this is where the Battle gets the gaming label as well. Tronsmart has included the option to put the earbuds into a low latency mode. This fires the 13mm drivers up an extra notch to deliver even better sound. 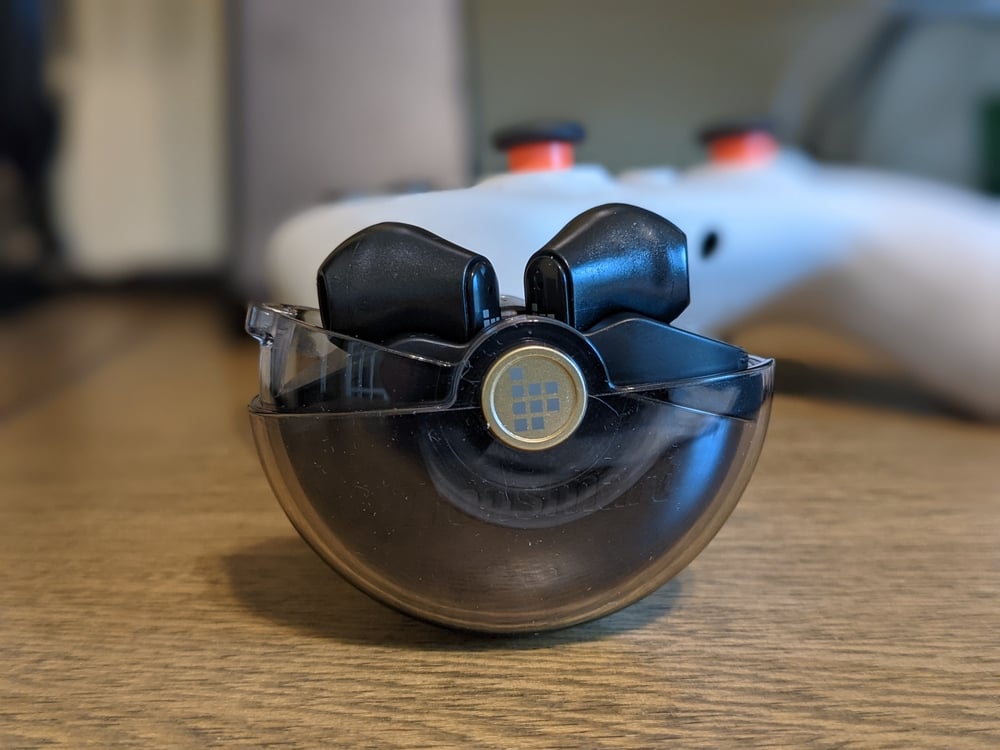 While it is noticeable, I found it greatly affected the Bluetooth connectivity. I had times where leaving my phone in the next room 10 feet away would cause skips in audio reception. I even had one instance of thicker jeans causing the same issue with my pocketed phone.

A modern wireless earbud isn’t complete without a capacitive touch area. The Tronsmart Battle buds have got you covered. The logo on each earpiece doubles as this touch zone. Let’s go through the list of available gestures. 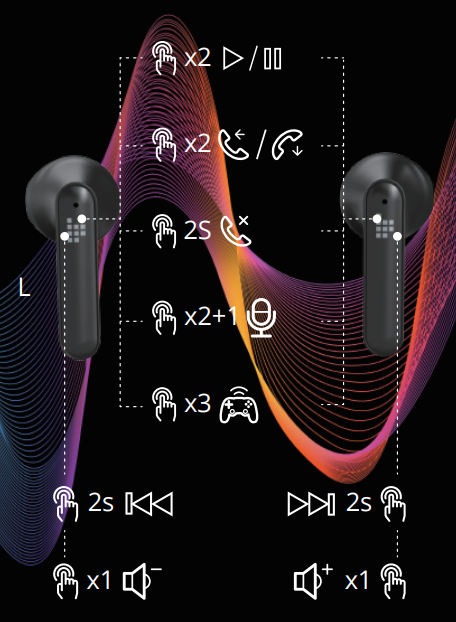 A single tap of the left or right Battle earpiece will lower and raise the volume of the playing track. Double tapping either will play and pause audio or answer or end a phone call. A triple tap powers up or shuts down the low latency gaming mode.

I’m not a big fan of timed holds on earbuds with such a small touch-sensitive footprint, but you have two such options on the Battle buds as well. You can hold the left earbud for two seconds to reject an incoming call. The same cadence on the left earbud will send you back a track if playing music playlists and a long-press on the right earpiece will take you forward a track.

These gestures or taps work well most of the time, but I have found them slightly less consistent with activation than some other earbuds I’ve tested. You have to be very deliberate especially with the double-tap to play and pause media.

Tronsmart rates the Battle gaming earbuds at up to 20 total hours with the volume at 50% and paired with the power back case. I’ve found this to be fairly accurate. I’ve been seeing results of around 4.5 hours of playback and four full recharges per charge of the case. 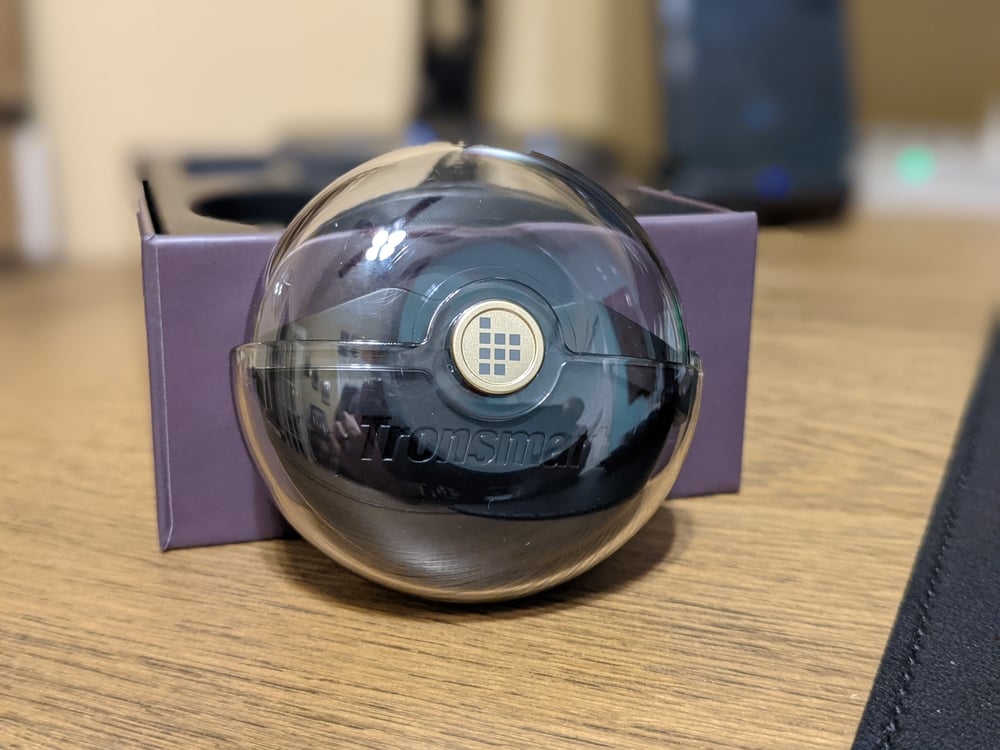 Speaking of the case, there’s no wireless charging. I would have expected this feature for a niche market of power users like gamers. Thankfully, quick charge is available for fast recharge of the buds and USB-C can top off the case in two hours.

The Tronsmart Battle gaming earbuds are a decent set of headphones taking advantage of an industry buzzword. Without the gaming label, it falls in line with most other wireless earbuds in the $50 price range.

While I don’t think these quite live up to the hype of the marketing, you can consistently find them on sale already. At the time of publishing this review I saw them listed at just $34.99 at AliExpress. I feel they make a great addition to anyone’s travel bag for the price.