Portable chargers and battery banks are in kind of a weird place right now. Battery life on phones is getting much better, but there’s still a market for these guys because it’s not good enough yet. A dead phone is no fun so, why not protect yourself with a battery? At least, that’s what Tronsmart thinks. That’s why it recently released the Presto Portable Charger. What makes the Presto stand out is the inclusion of Quick Charge 3.0, the fastest charging standard on the market today.

Tronsmart thinks the combination of that Quick Charge 3.0 charging speed and the 10,000mAh capacity will help it stand out in the crowded marketplace of portable chargers. We’ve been testing out the charger for a few weeks now and have come away impressed with the quality of it. While it isn’t a product that you need to run out and purchase this second, we definitely think that if you’re in the market, you should give it a look. 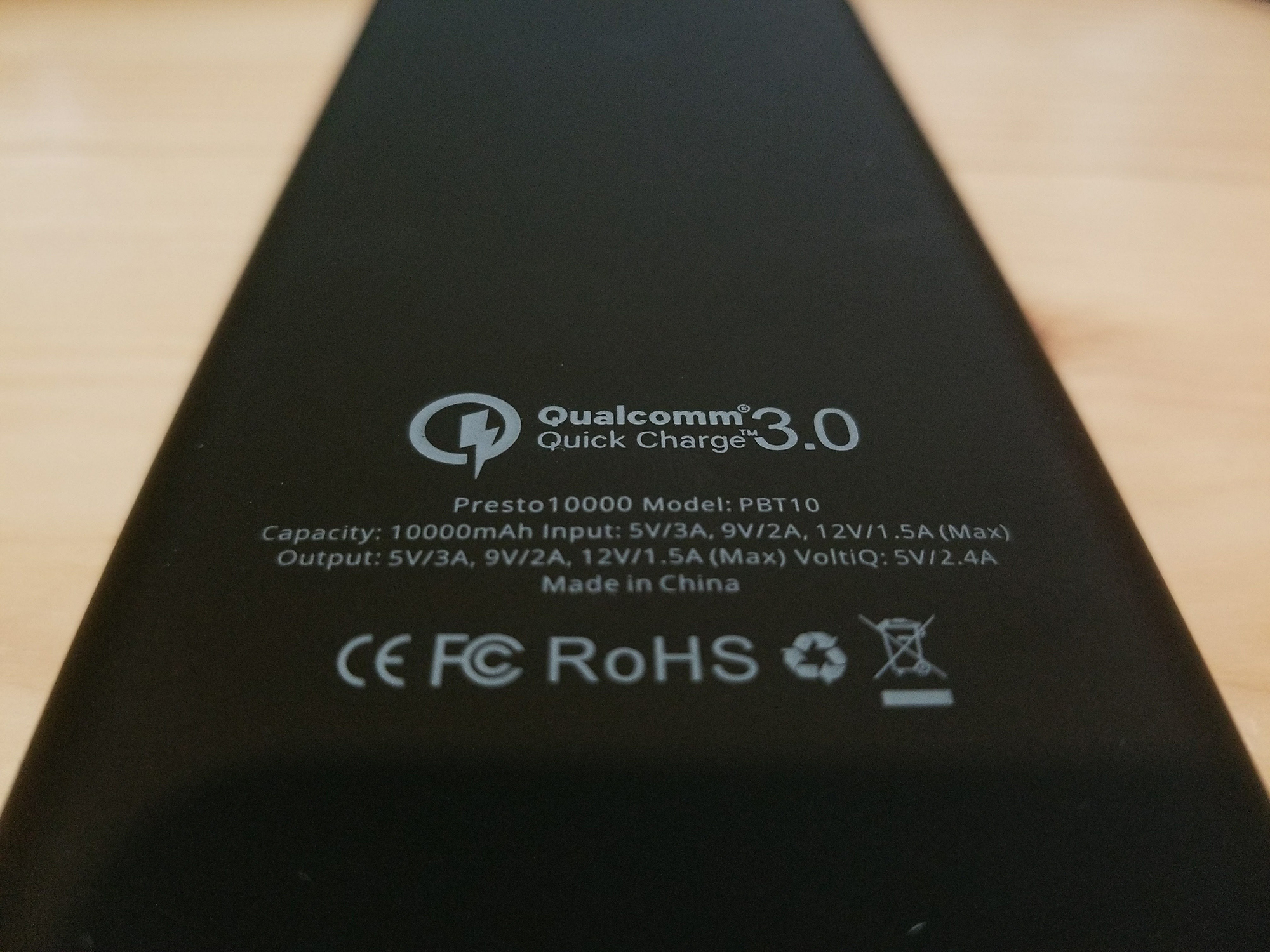 As we said, the standout feature is that Quick Charge 3.0 charging speed. We used the Presto charger, a Choetech USB A to USB C cable, a Kurrent Voltage Meter, and an LG G6 to conduct our charging test. Over three separate tests, our speed bottomed out at 1.12A, topped out at 1.8A and normally remained in a zone 1.42A – 1.57A. We tested this while the phone was between 20 and 70 percent battery so there were no limiting factors.

Overall, we’re pleased with the charging speed. It does trigger the “fast charging” notification on both the LG G6 and Samsung Galaxy S8 Plus and charges the phones up quickly. We replaced our wall charger at night with the Presto charger for eight nights and always woke up with a full battery and no problems.

Our charging capacity test was less than impressive. While the Presto charger is rated at 10,000mAh capacity, we only got about two full charges on our Samsung Galaxy S8 Plus (3500mAh battery capacity) and just over that on our LG G6 (3300mAh). While you do have to factor in some loss due to heat loss and some loss due to the cable, that was more than we thought was acceptable. Tronsmart claims on its Amazon listing for this charger that it achieved a 90% conversion rate, but we saw nowhere close to that. 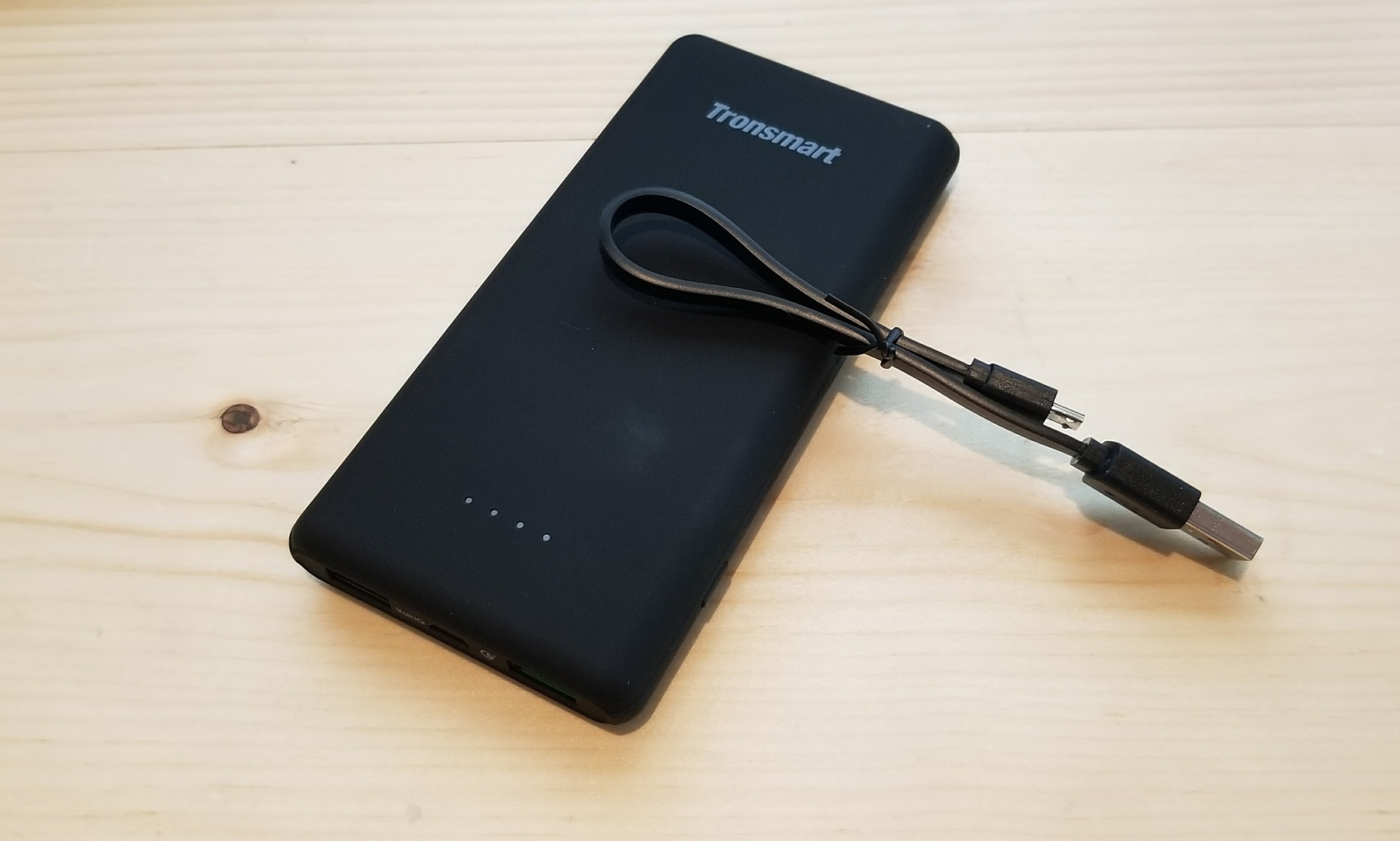 On the other hand, the Presto is very well built. The soft plastic outside feels sturdy with no flex at all when pressure was applied to it. I have zero doubt that the charger will hold up well if it’s thrown into a bag or tossed around and suffers some bumps. It might get a little marked or stained up as ours did in the couple of weeks we had it, but it should still function flawlessly.

The right side of the device houses a power button that lights up the battery indicator on the face of the device. There are four little LEDs that light up to tell you how much juice is left in the bank, a very simple yet effective design. The bottom of the battery bank houses three ports, a green USB port that can charge devices up to Quick Charge 3.0 speeds, a regular USB port that charges at sub-Quick Charge speeds (save this one for your friends with Apple devices) and a micro USB port that sits in between them to charge the battery bank back up. 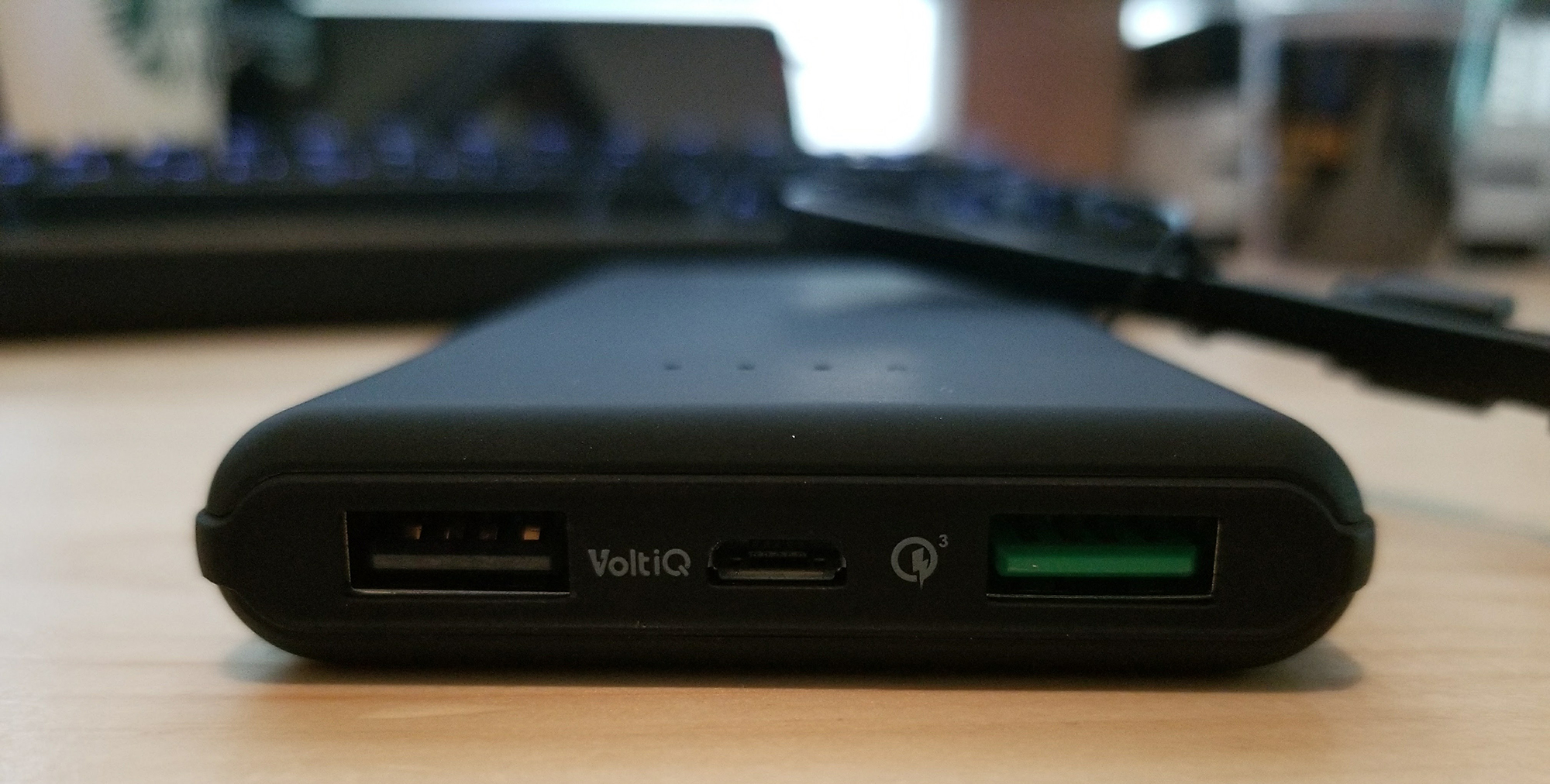 Here is my biggest complaint with the Tronsmart Presto charger. Micro USB. It’s 2017 guys. I get that micro USB is legacy and there are a ton of cables out there, but UBS type-C is the name of the game right now. If you replaced the micro-USB port and the USB 3.0 port with one USB type-C port, you could have kept all the functionality and lost an unneeded port. USB type-C is the future and the reason I know that is that almost every phone sold today has a USB type-C port on it. Please, get with the times.

Overall, the Tronsmart Presto Portable Charger is a really nice option. If the lack of USB type-C doesn’t bother you then you should definitely consider it as an option. Now that we have phones with batteries that routinely surpass 3,000mAh, having an efficient battery bank is important and the Presto isn’t that. You can still get two full charges out of it, but you better throw it back on the charger when you’re done.

It does have that durability going for it though. And to be honest, it looks pretty nice too. I’m not too obsessed with how my battery banks look, but if I can get one that looks better, then I will. No need for obnoxious colors or designs.

The Tronsmart Presto Portable Charger is a solid option and well worth the $20 or so it’ll run you on Amazon.