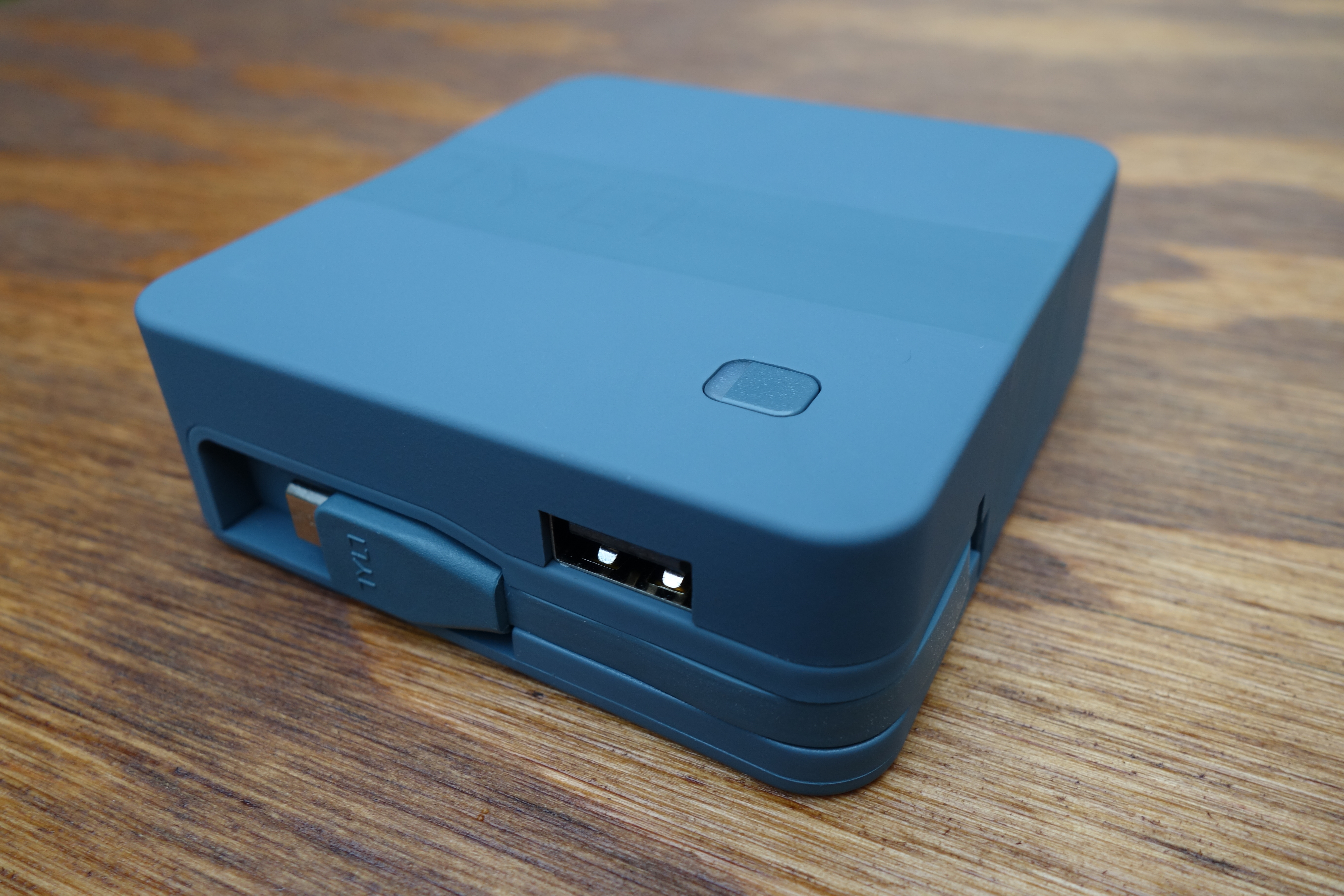 In case you’ve missed our past coverage on TYLT accessories, we’re a pretty big fan of its products. They aren’t cheap, but TYLT is a sure bet if you’re willing to put more moo-lah down for quality.

Most recently, we were provided the ENERGI 6K smart charger for our thorough run-through and opinion for you guys. 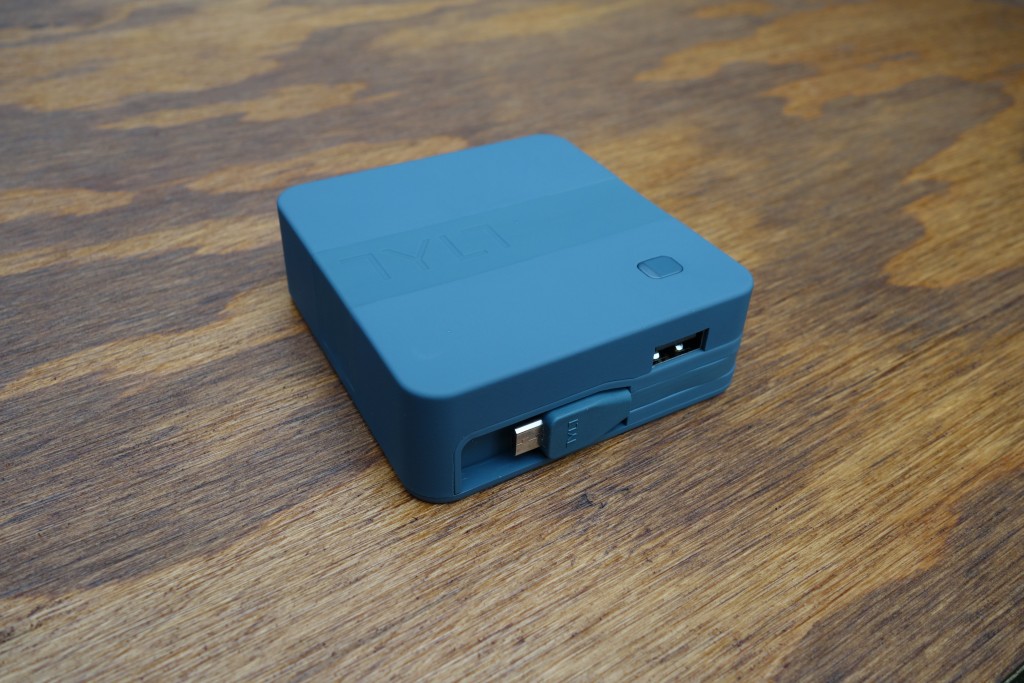 External battery packs are aplenty in the market, overwhelmingly-so. If you know TYLT, you can probably guess that there is something unique in the design. You’d be right, and this thing isn’t called a “smart charger” for no reason. Let’s see what the ENERGI 6K is all about.

The design of the ENERGI 6K is fairly basic. This is no surprise. How interesting can a charger be? Also, TYLT typically focuses on a solid build rather than a flashy design. Therefore, when I pick up the 6K, it feels sturdy. TYLT’s devices always have a heft to them (in a good way) that makes them feel worth the price. 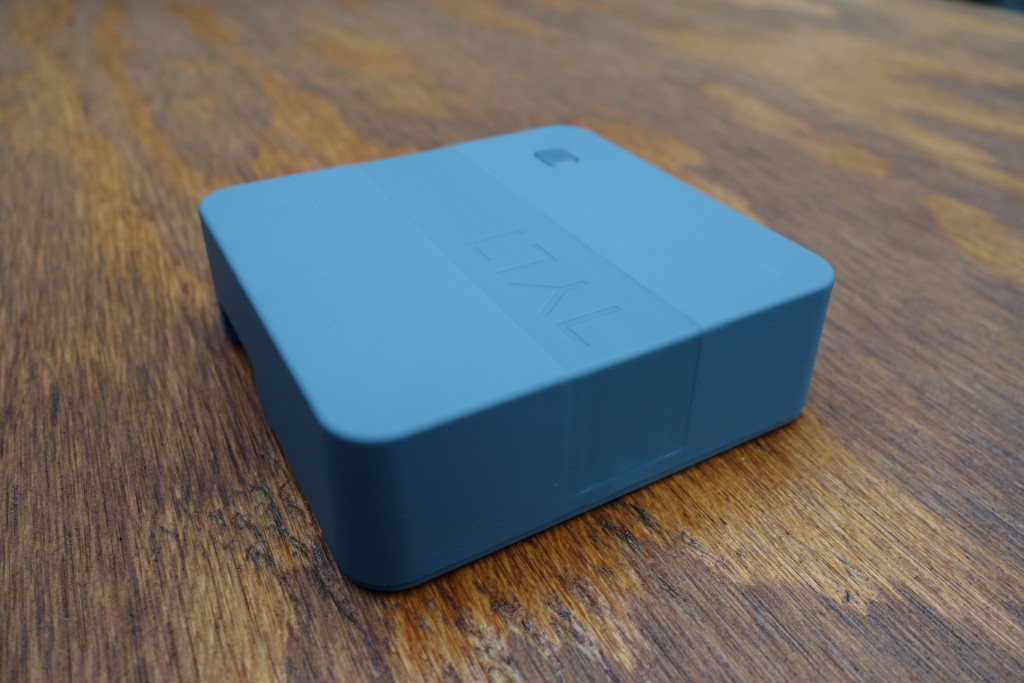 The build is plastic, but with a very nice-feeling finish. It’s soft to the touch – a quality that gets carried throughout TYLT’s lineup.

One of the things unique about this charger is that you don’t refill it with a separate AC adapter plug; it’s internal. There are embedded prongs that flip in and out, which means that the entire unit hangs off the power outlet when it’s time to charge. 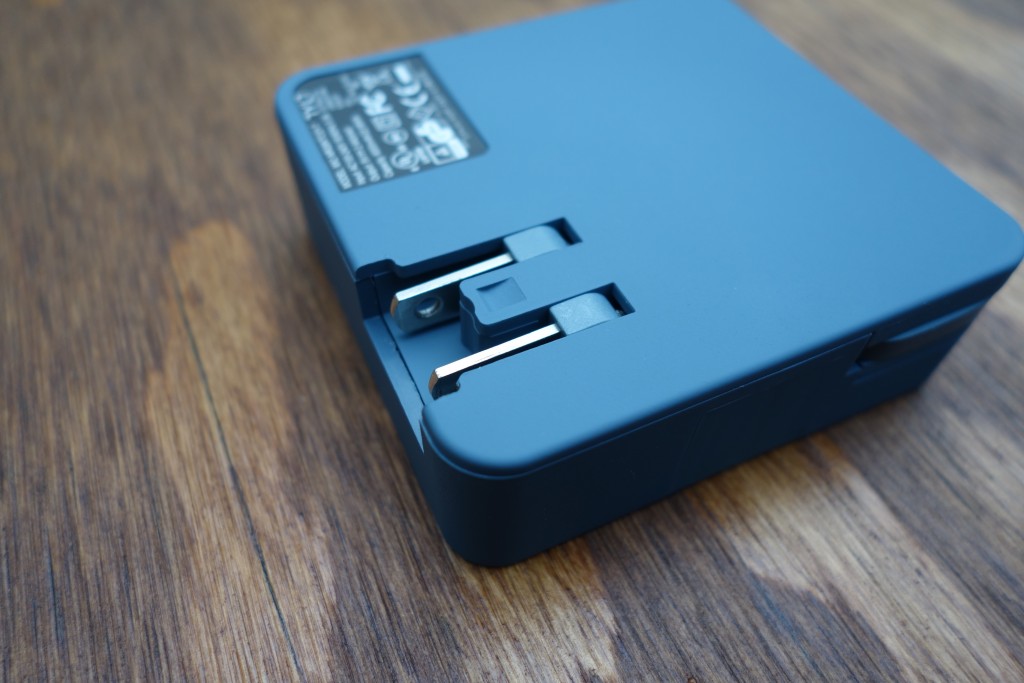 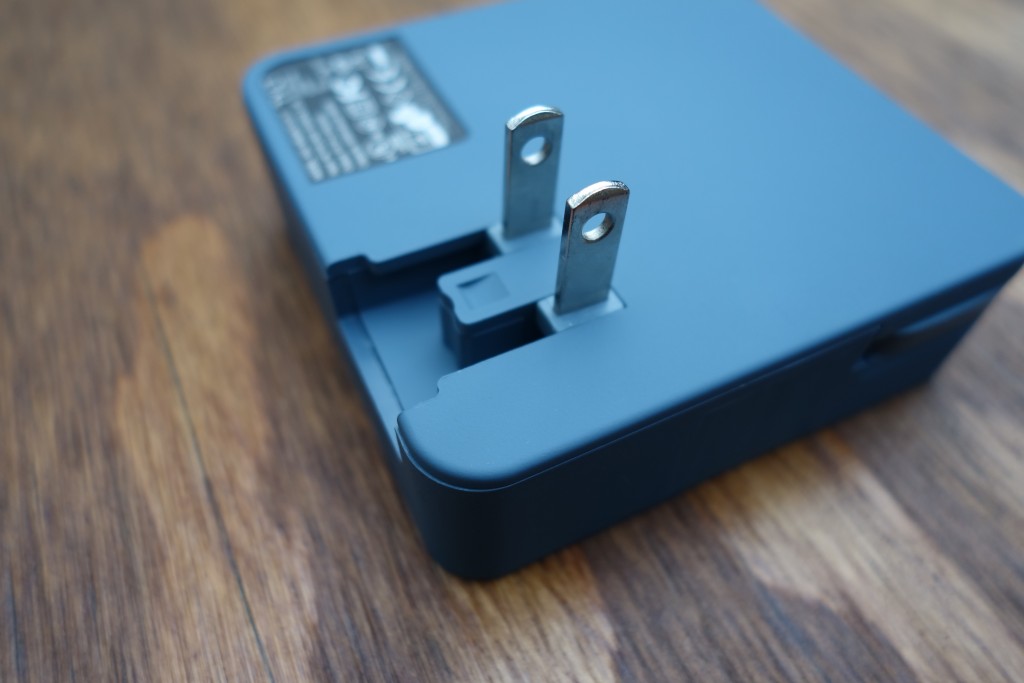 And for those of us who don’t like carrying around a cable in addition to the charger, the 6K fortunately has an attached cable (this unit uses microUSB, but there’s also a variant with a Lightning connector for Apple users). 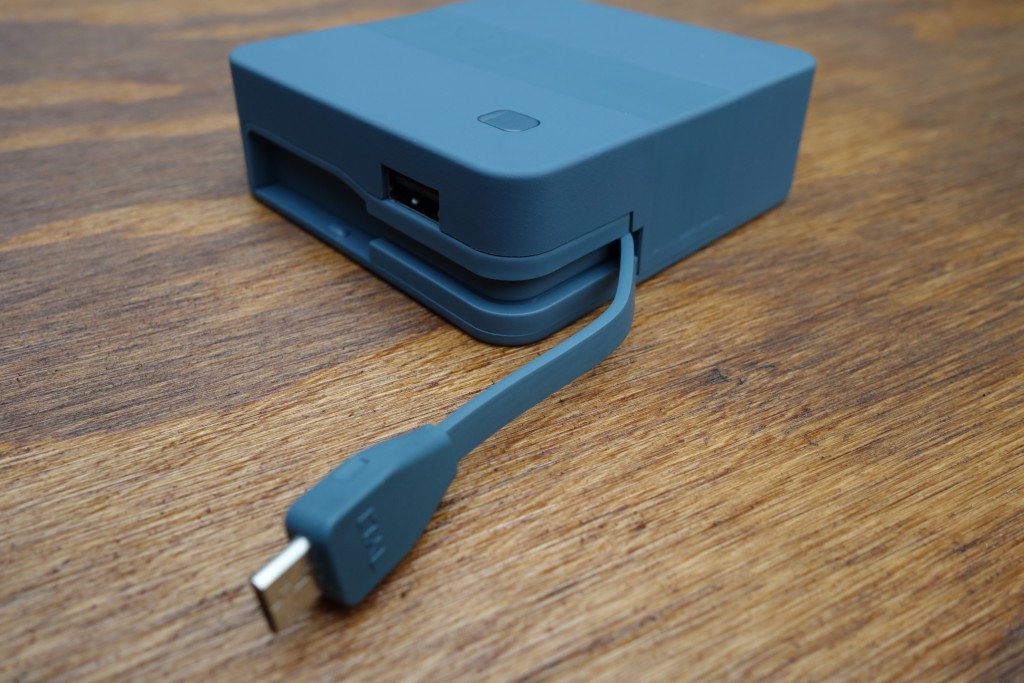 When not in use, it is nicely concealed within a groove along the sides. There’s a cutout where the microUSB connector is housed that lets your finger easily scoop it free. 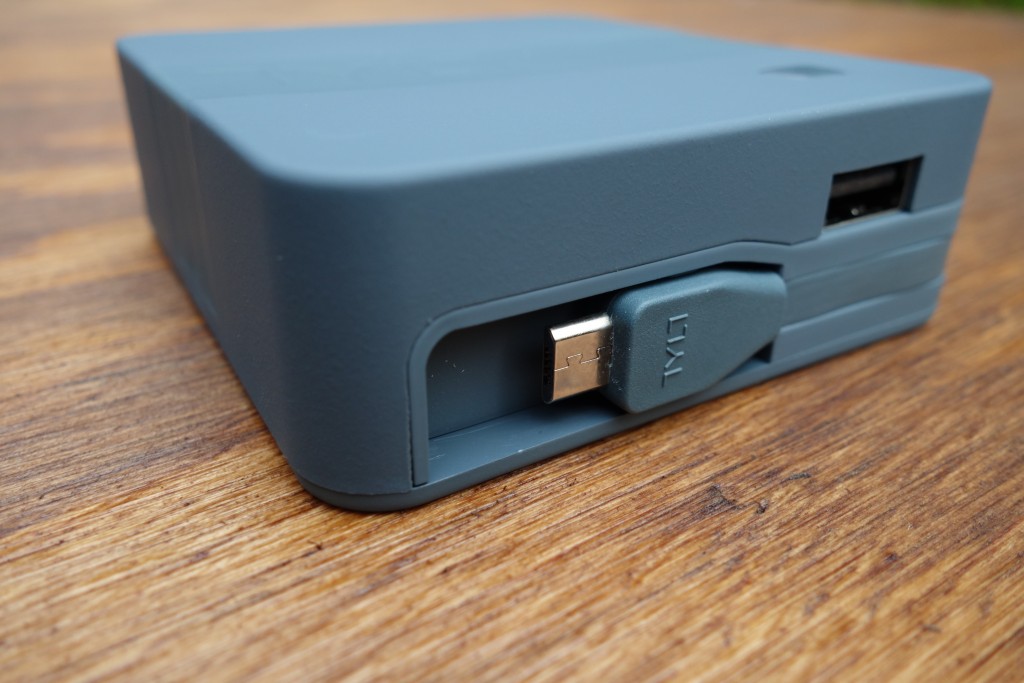 The cable isn’t very long – only about 3″. There is also a full USB port on the side for charging other devices you have a cable for.

On the top, we only have a subtle TYLT logo and a small button with a smaller light next to it. As you can probably guess, this gives you an indication of the battery level. Speaking of the build, I love how sturdy the ENERGI 6K feels. It’s meant to handle your travels, and the robust-feel certainly implies that it can take the inevitable abuse.

And since the prongs are on the top of the device, you don’t have to worry about it blocking the other port on the wall outlet. 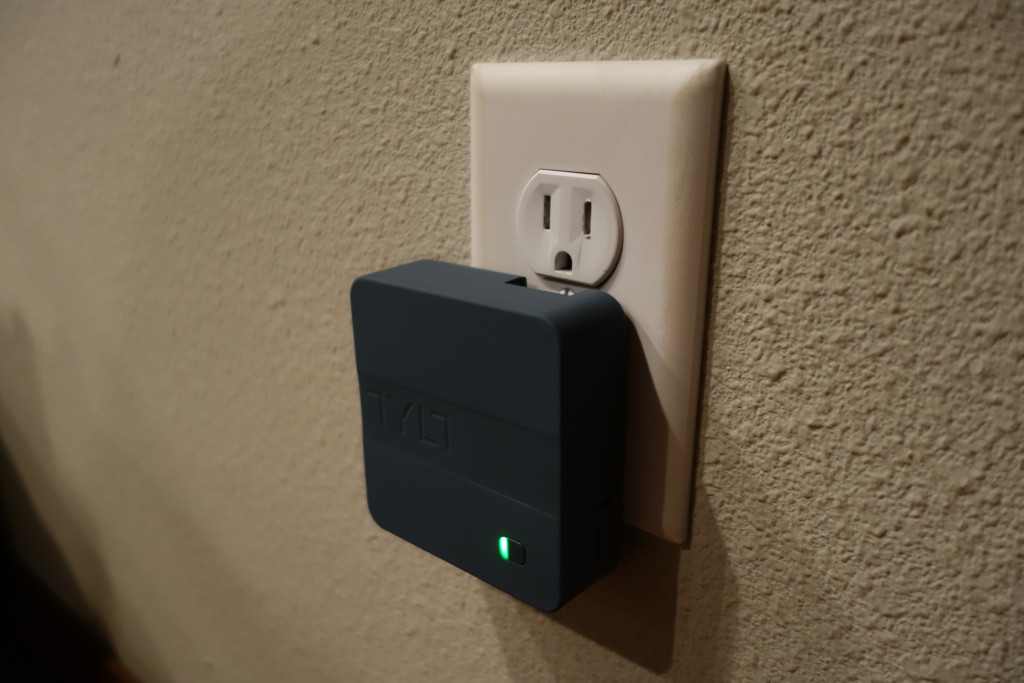 When the 6k is on the wall, you can use it like you would AC adapter to charge a device (recall that it has a USB port for power output to a mobile device). TYLT says that it gives priority to charging the attached device before it goes to charge the battery pack.

[blockquote author=”TYLT”]The Intelligent Charging Technology prioritizes the charge to your device until your device is fully charged. It then charges the 6,000mAh battery onboard.[/blockquote]

One criticism is that I wish TYLT made the power output Quick-Charge compatible. All flagship phones these days have some form of fast charging, so when we’re reminded of the yesteryear charging rate, it’s somewhat annoying.

The 6K’s battery capacity is a modest 6,000 mAh. This is a decent amount (roughly twice the capacity of batteries in flagship phones). However, being that power banks are commonplace these days, there are tons of others with much more capacity for less money.

The battery indicator is a standard affair. An LED light essentially tells you if the charger’s battery is low (orange) or has a significant capacity (green). 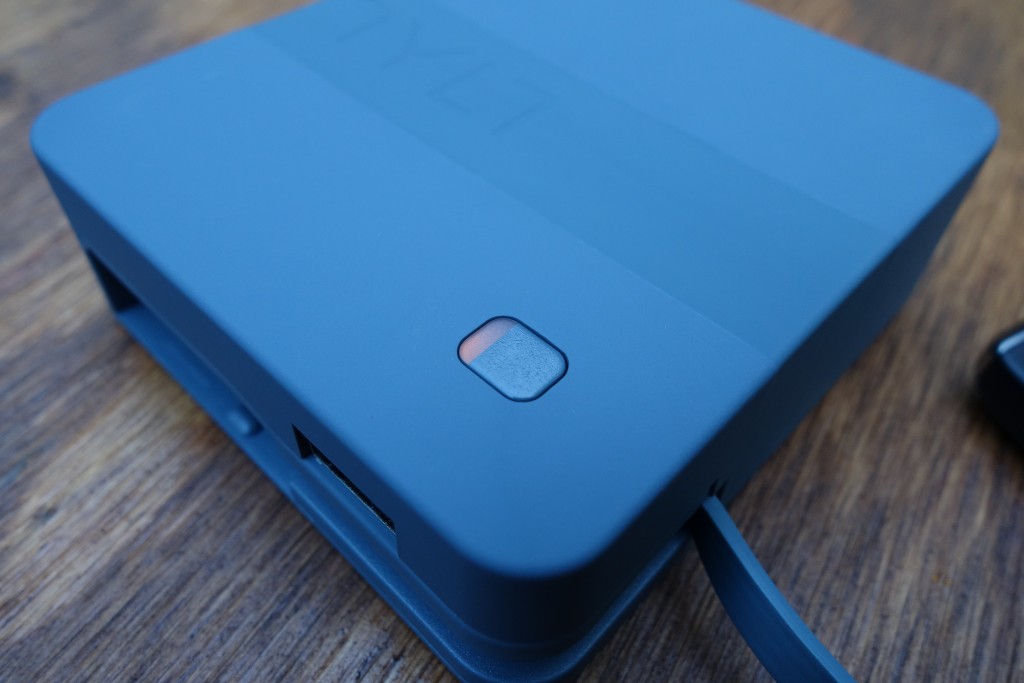 I would’ve liked to see a more informative battery indicator. For instance, the larger ENERGI 10K uses five LED dots to give the user a better idea of the status. I love TYLT’s little ENERGI 6K charger. It’s a no-fuss and efficient approach to a travel charger. The only issue I see is when putting the 6K up against a market that offers considerably larger batteries for less money. 6,000 mAh isn’t a lot of capacity for the asking price.

However, if you like to splurge for the extra quality and a well-thought design, I would definitely recommend this. It’s fantastic not having to deal with cables at all. Just throw this in your bag and you’re set. And being a TYLT product, it will hold up on your travels.