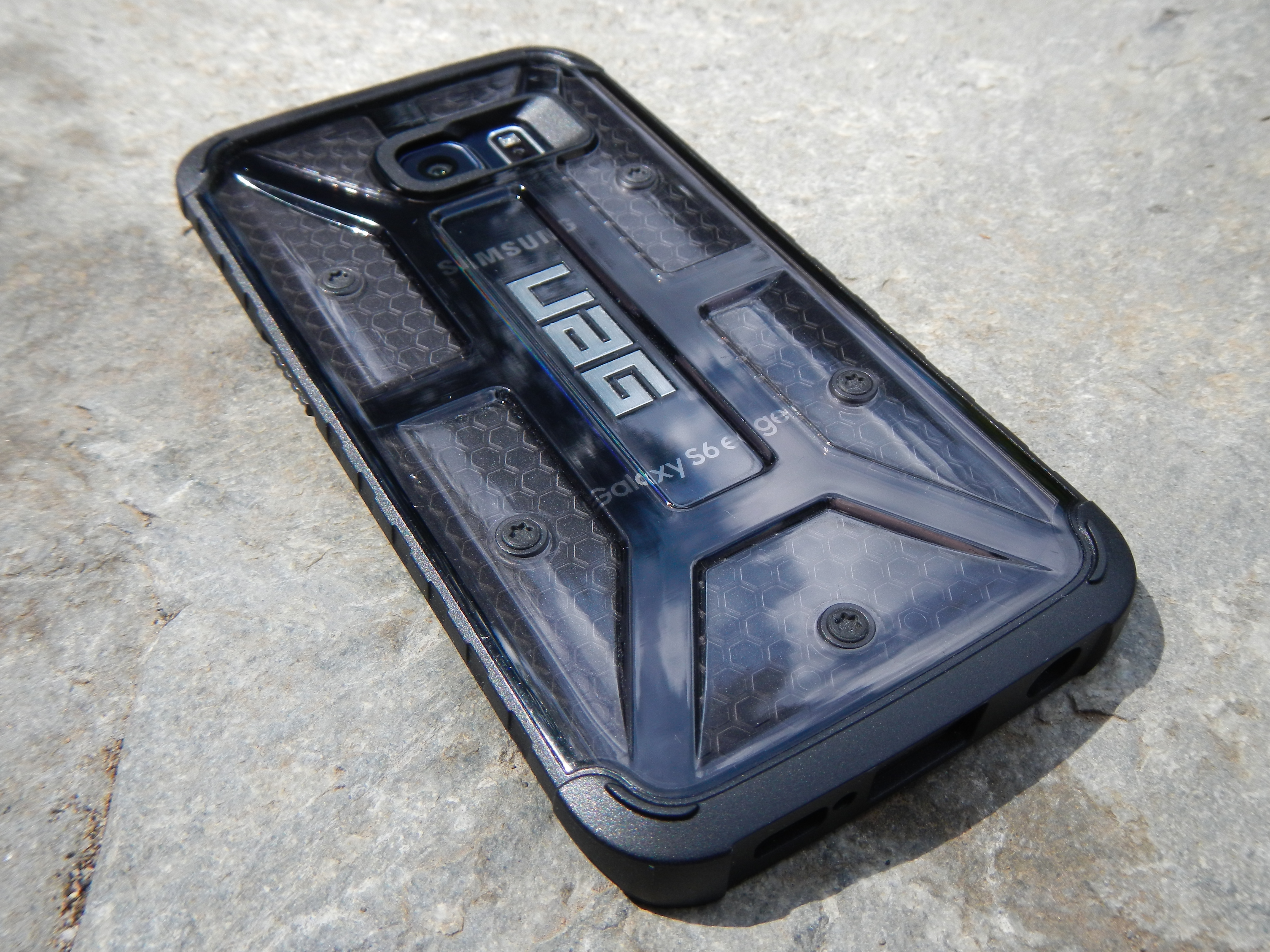 Urban Armor Gear (UAG) is no stranger to providing tough, durable shells that stand against gravity’s malintent towards our beloved devices.  They’ve been kind enough to send me one of their composite cases, made for the Galaxy S6 Edge.  They come in two flavors, a clear one (Maverick) and a semi-clear, smoky color (Ash).  I’ve received the latter. 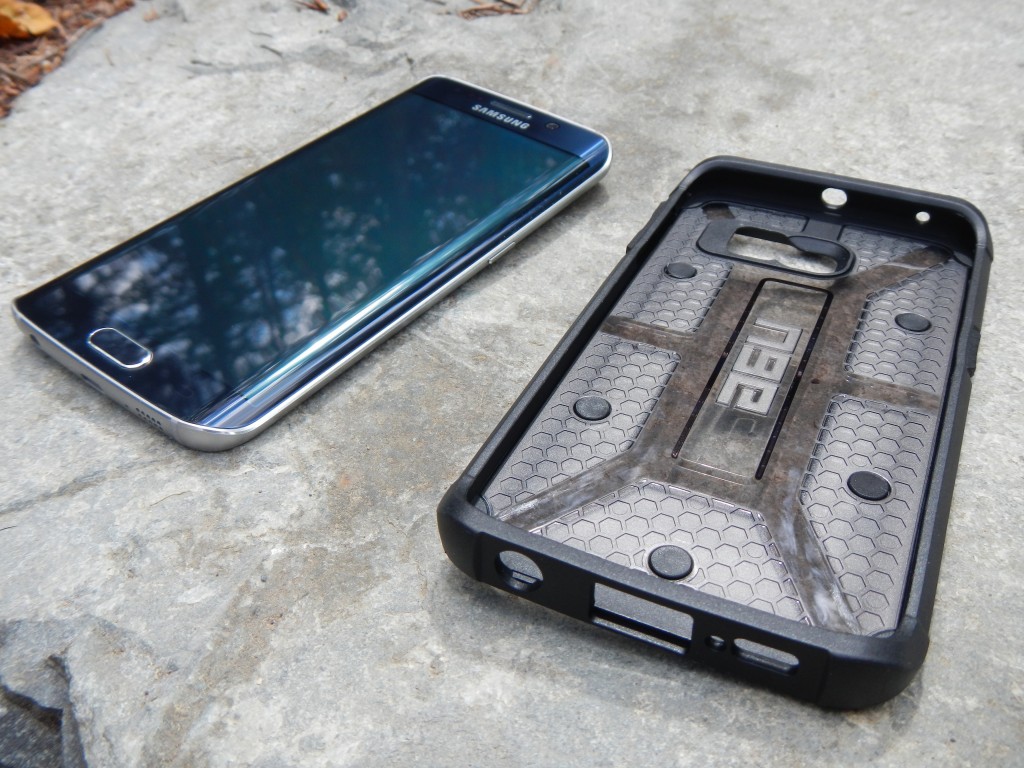 The composite cases have an industrial appearance.  The back panel is made up of a few different features.  First, there are clear strips that are lined from the corners and sides. 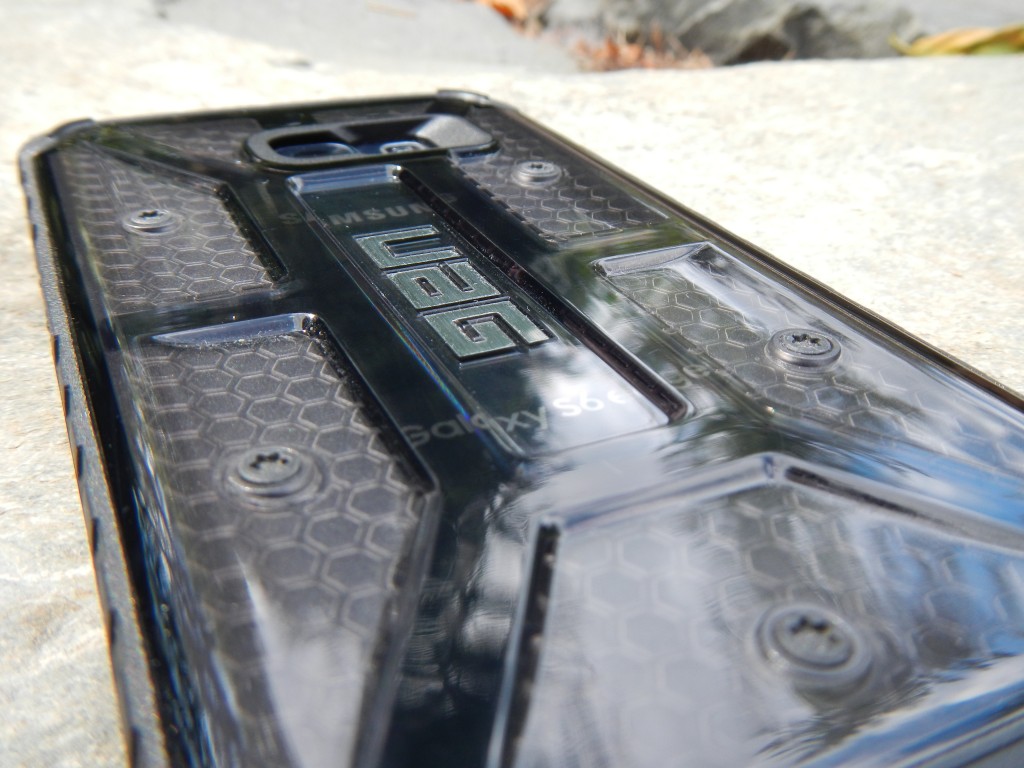 They’re flat from the inside, but on the outside they rise up to give the case topological reinforcement.  It also looks pretty darn cool. The hexagonal pattern is semi-clear and is what gives the case the “Ash” color.  The hexagonal panels are textured, rougher plastic on the inside, but on the outside everything is uniformly glossy plastic. Another feature, seen from the outside, are five faux, star screw heads.  On the inside, they just look like flat circles, which contain depth for the back of the phone to rest on. 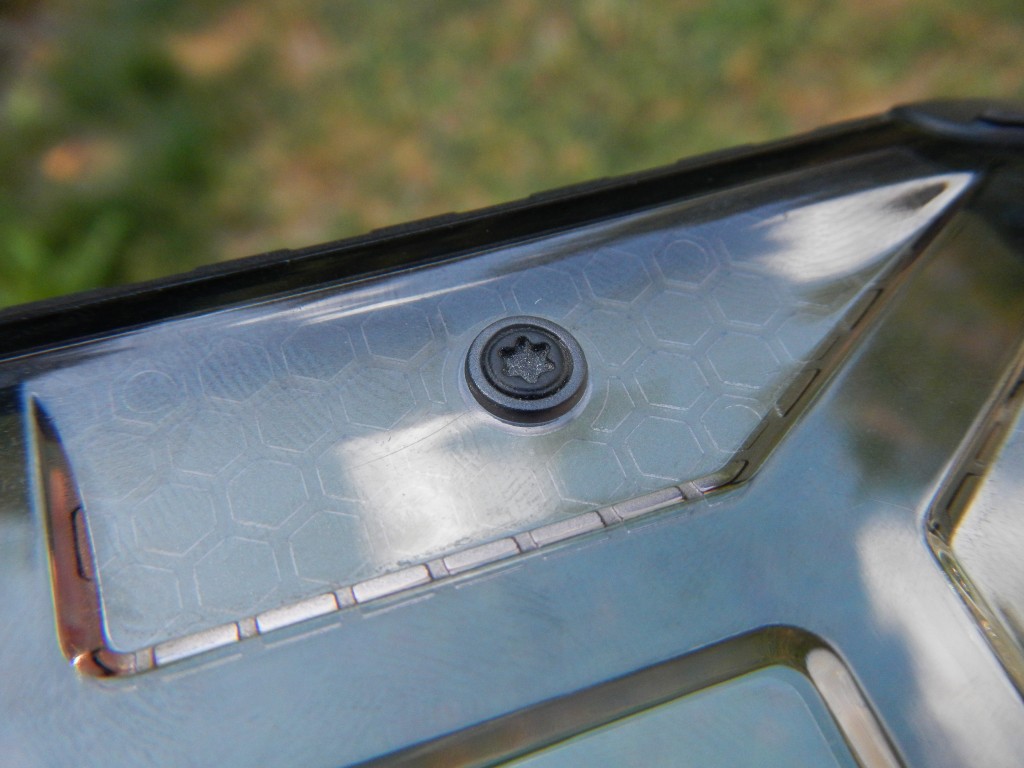 How about the materials?  It isn’t the cheapest-feeling plastic I’ve run across, but it’s still plastic.  The frame is made up of semi-hard (bendable) plastic, with a dark grey color.  It has considerable thickness, which is expected to protect the perimeter of the device. Except for the ribbed structure, the back panel is very thin.  I’m never a fan of glossy material because of fingerprint smudges, but this case fares well in that respect.  The hexagonal pattern does well to hide the smudges.

There’s no beating around the bush that this isn’t a slim case.  Not that the case adds a ton of girth to your phone, I’m just saying that it does bump up the dimensions noticeably.  But if you’re buying a case to provide ample protection to your phone, it should be expected.

With that said, I don’t think the case is too thick for its protection claims of a 810G-516 Military drop-test standard.  When I hold the device with the case installed, I feel like it can take a beating, which is a huge departure of the fragile-feeling build of the Galaxy S6 Edge.

This also goes in respect of the S6 Edge’s sides, which are thin to allow for the slope.  Not only does the UAG case provide some extra material to grip onto, the sides have a ridged texture. The power and volume buttons have a satisfying, tactile response.  I don’t find them more difficult to press than without the case. 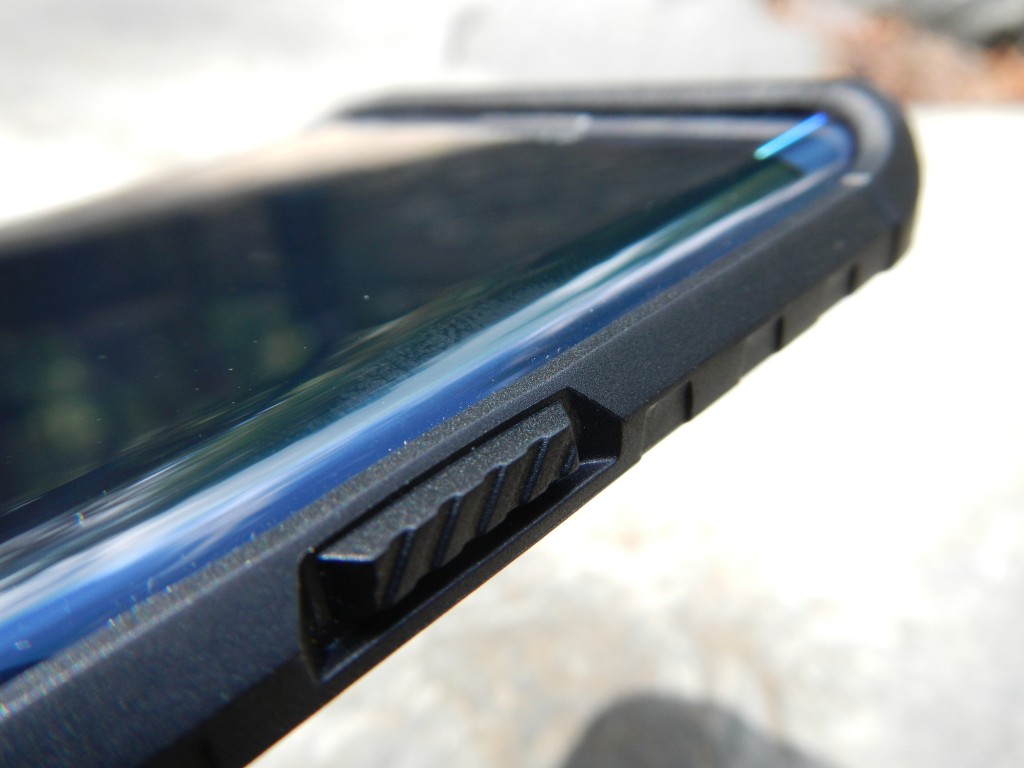 The sides of the case follow the same design cue of the S6 Edge, where they slant down to a thinner profile to allow usability of the phone’s edges. Not being a typical case user, I must say that I’m impressed with UAG’s offering.  I think it looks fantastic, doesn’t add too much bulk in light of its extensive protection, and feels great in the hand.  This is a great, thought-out solution to aid the fragile-feeling Galaxy S6 Edge build.