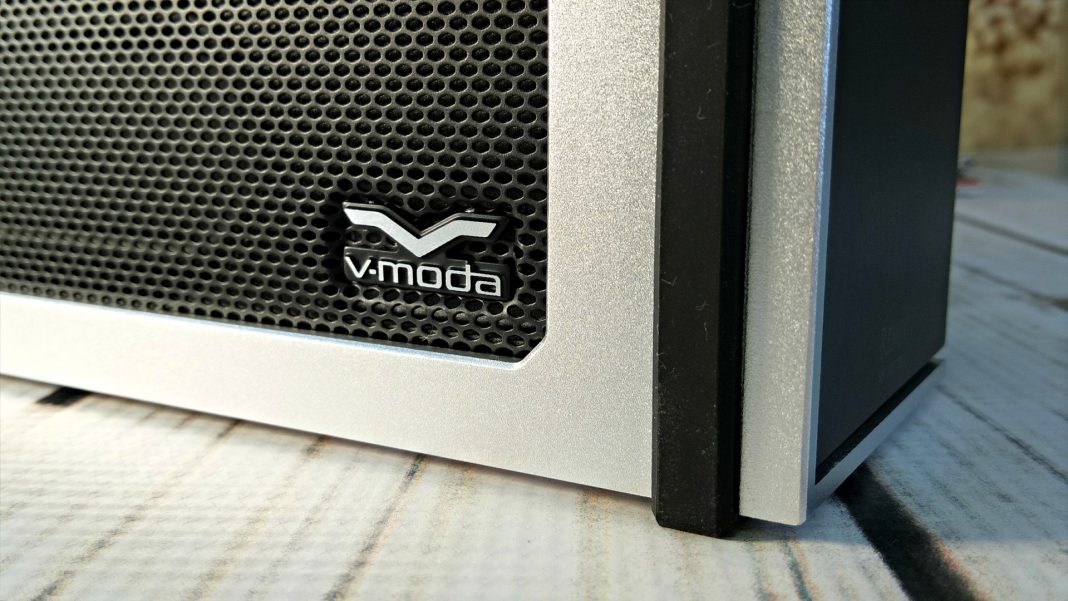 Since its launch nearly a decade ago, V-MODA has been steadily putting out high-quality audio products, namely around headphones and amplifiers. Its latest product, the REMIX, is its first ever Bluetooth speaker.

While it stands on its own as a small footprint speaker, it packs an internal headphone amplifier and supports Amazon Alexa (via Echo Dot). Moreover, consumers have the option to order the speaker in a variety of finishes and custom 3D printed materials. The REMIX runs $300 and can be ordered immediately. Introduced only a few weeks ago, we are fortunate enough to have already received a demo unit.

First things, first. The REMIX is much smaller in person than we anticipated. In fact, it was about half of the footprint that we expected. Dimensions shake out to 8.1 x 2.5 x 2.5 (in) / 205 x 65 x 68 (mm) and the whole thing weighs just under two pounds (1.9) for the aluminum model and 1.6 pounds in the vegan leather finish. We reviewed the aluminum variant. 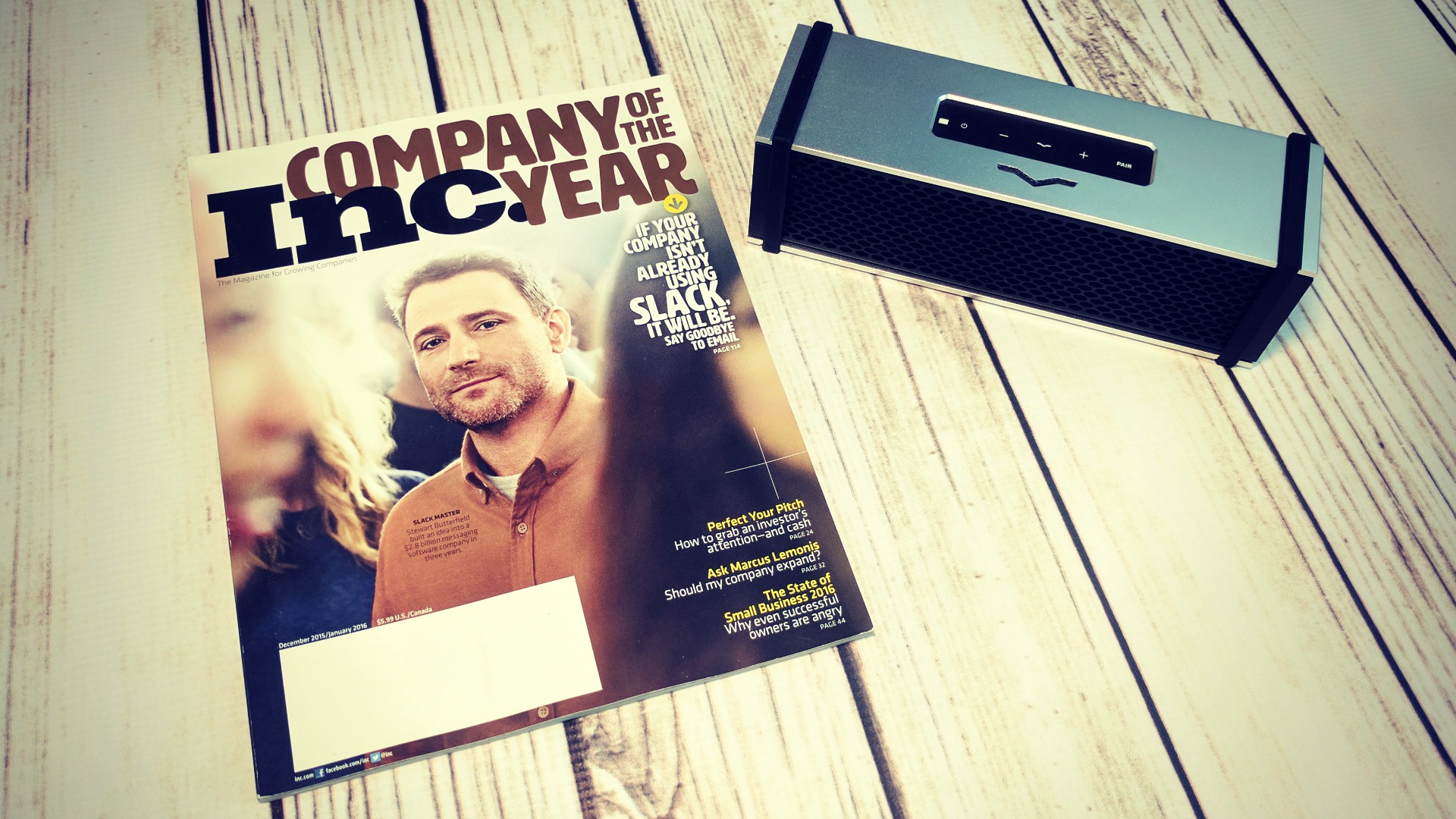 The speaker feels really solid in hand and comes across as quite dense. Rather than introduce some weird, unconventional shape or form factor, V-MODA has opted for the traditional rectangular shape — but with a slight variation. As the first 3D printed custom speaker, the REMIX can be accented with a number of metals and fabrics with pricing that ranges from about $40 all the way up to thousands of dollars.

Looking down on top of the speaker, from left to right you’ll find buttons for LED status, power, volume down, multi-function, volume up, and Bluetooth pairing. To the right of the buttons is a small microphone. Around back we locate VAMP output, a USB-C charging port, and 3.5mm auxiliary input. 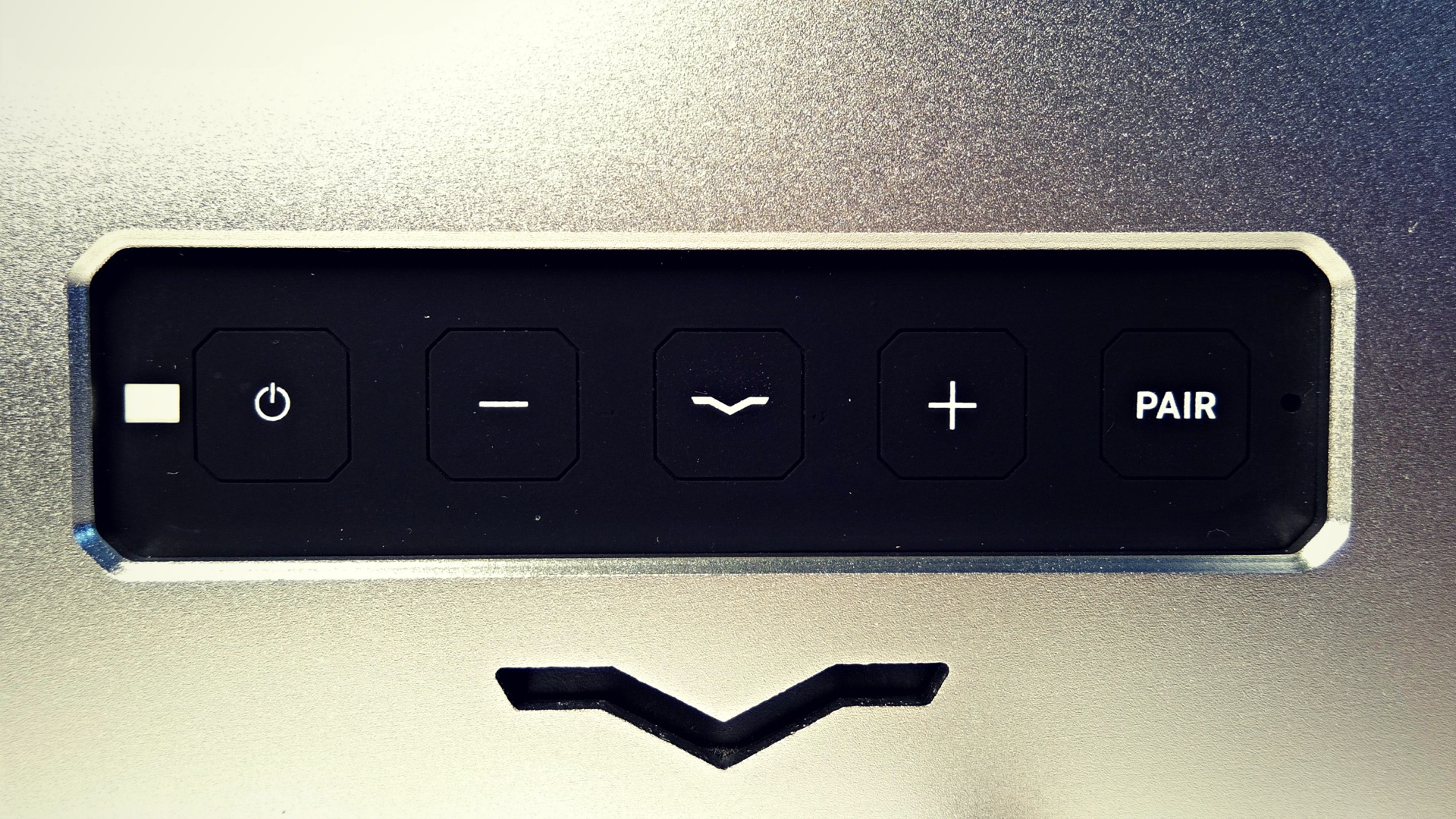 The speaker is a classy and stylish design and is almost the exact opposite of a rugged or outdoor unit. It looks right at home in a dining room or office and adds a bit of flair to any environment. Given its size, though, it doesn’t stand out or beg for attention.

What’s In the Box

The metal grilles are strong and sturdy and complement the aluminum finish. It’s pretty obvious where the heft comes from as the speaker doesn’t have anything cheap or gimmicky. The REMIX doesn’t mess around.

Do not overlook the size of the speaker or assume its sound quality or volume. Indeed, this one can easily fill an average size room without breaking a sweat. Get into a larger environment of a few hundred square feet and you’ll find the speaker ready to rock. We had to take the REMIX outside in order to push volume toward its upper end.

Considering the $300 price tag, we had high expectations on sound. Volume-wise, this one does as well as any other speaker in this range, perhaps better. We can’t think of any other speakers in this size that can deliver the levels that come from the V-MODA REMIX.

We threw a wide range of music at our speaker to see how it handled various genres. Whether it was jazz, EDM, spoken word, or rock, the REMIX delivered clear and consistent audio. Layered music, like that of Radiohead or Daft Punk was a pleasure to listen to as we could easily identify the highs, mids, and lows. Pink Floyd’s Dark Side of the Moon sounds every bit as warm and inviting on the speaker as it does in some of our favorite headphones. 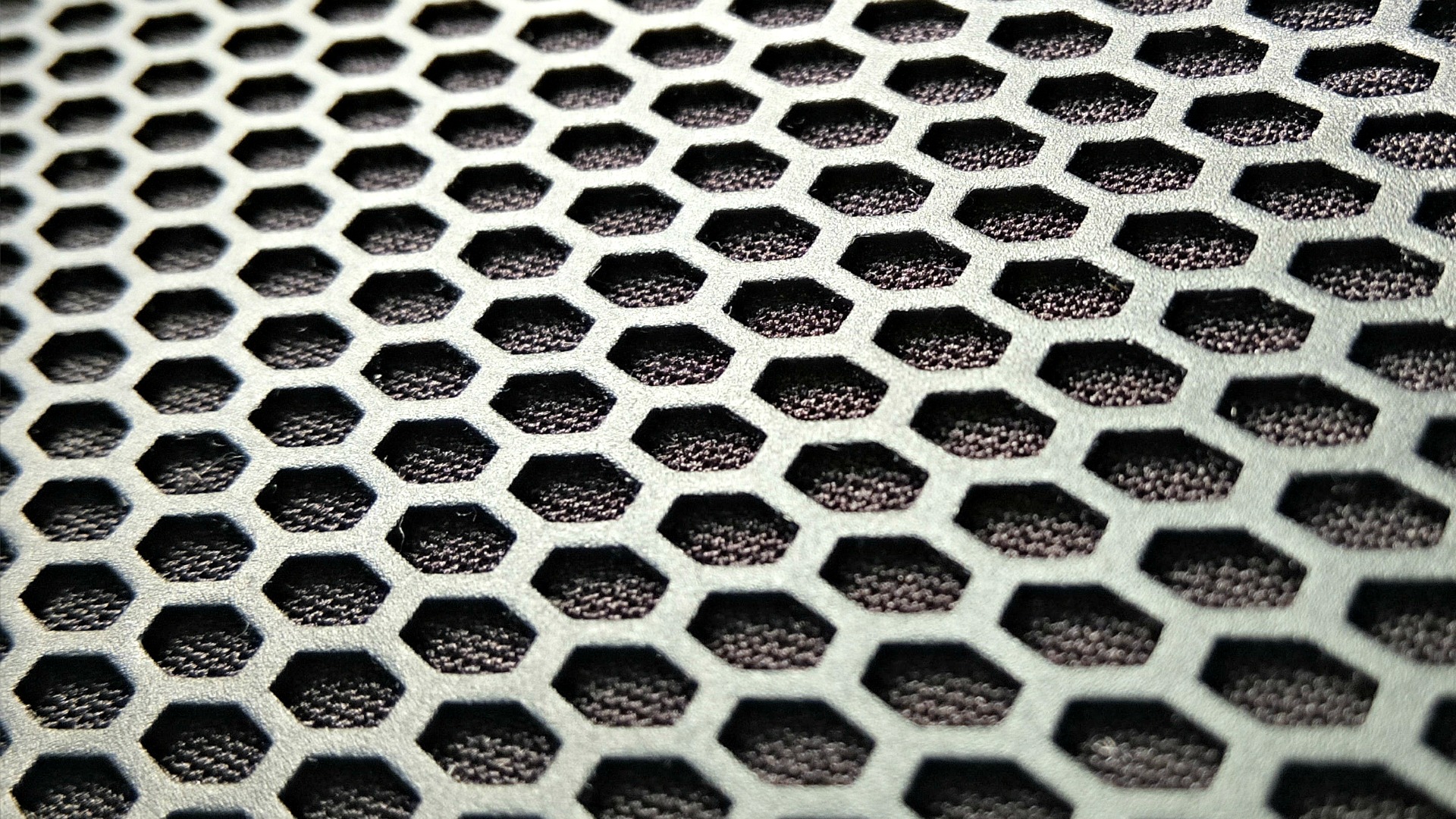 Not that you’ll have to do so all that often, but we noticed distortion and muddied bass at about 90% volume level. We can’t imagine an environment where we’d want to listen to music that loud, especially for extended periods. But, if you like to rock out as loud as possible, we suggest dialing down just a smidge.

Should you have more than one REMIX speaker, you can daisy chain them together. To do so, plug the included cable into the VAMP port of your first speaker and into the next speaker’s “in” port.

We listened to the built-in headphone amplifier using the included audio cable, plugging our phone in and using a couple of different headphones. The difference was immediately obvious, and the effect was almost like pulling a curtain back. Sound was wider and appeared to have a much better range than without using the amp. If you have a favorite high-end pair of headphones that you like to listen to at home, you’ll want to keep the REMIX nearby.

The REMIX houses a 3,400mAh battery which is rated at more than ten hours, according to V-MODA. We found the speaker would get to ten hours without any problems, but we’d charge it up after using for extended periods. We can’t say for certain what a good high-end number is, but we feel it could be around 11-12 hours. 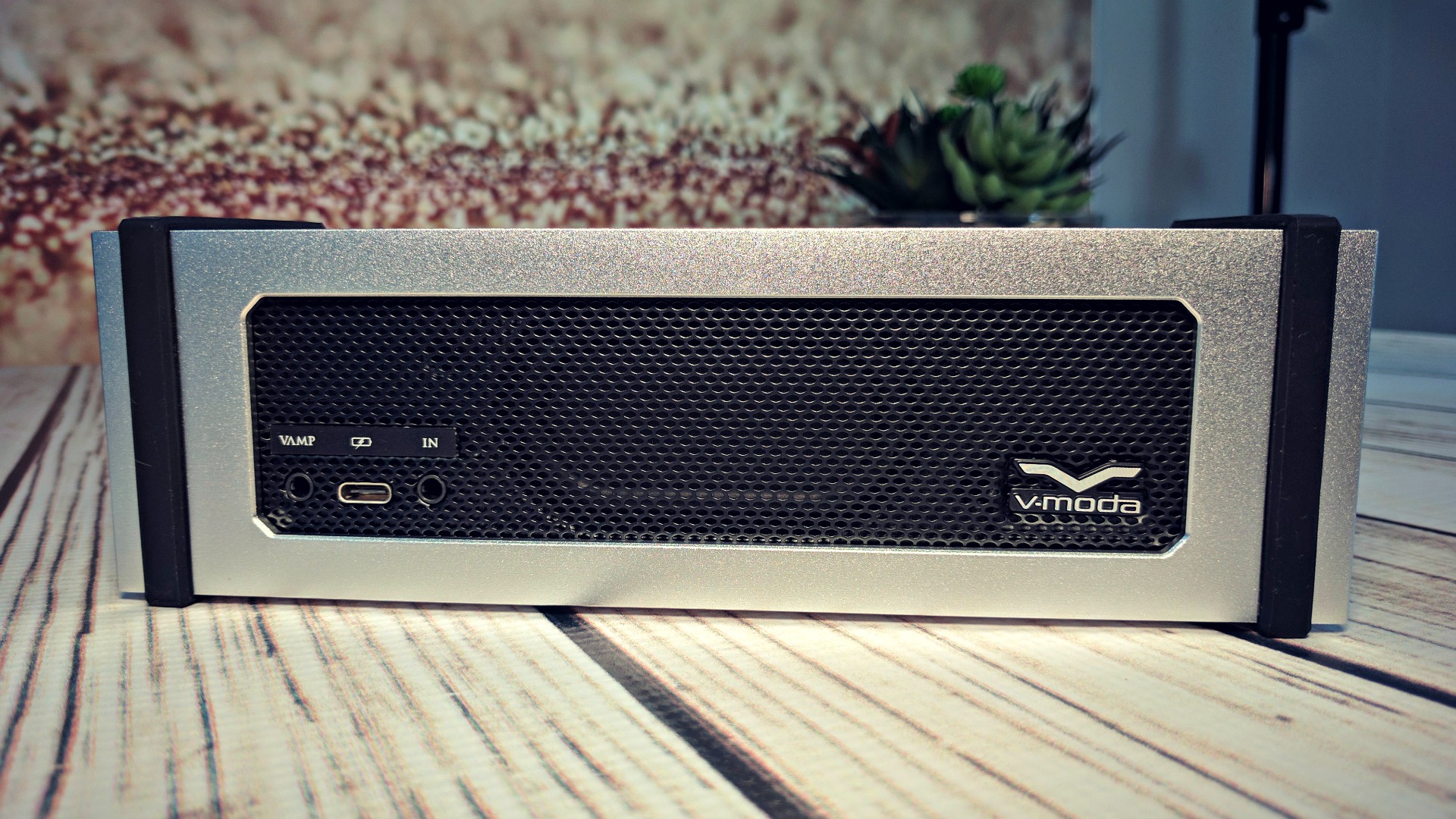 We would have liked to see a more obvious battery indicator and/or the option to charge a device through the speaker. The latter feature is becoming increasingly popular; this was a missed opportunity to us. Given this speaker is designed to work as an amplifier, it would have been great if we could steal off some of the juice while we had our phone parked next to it.

The LED indicator flashes when the battery gets low, and appears to breathe when charging. At full charge, it turns white. Listeners can tap the power button when the speaker is powered on to count flashes between one and four times to approximate remaining life.

Pairing the speaker is a rather simple and straightforward process. Once powered on, hold down the dedicated pairing button for about three seconds and listen for the pulsing tone. Go into your phone or tablet’s settings and find the speaker and you’re connected.

We appreciate that V-MODA opted for the Type-C USB charging port as most of our devices are going that way. If you’ve recently purchased a new phone you’ll likely have that type of cable; this keeps you from needing two cables on hand. 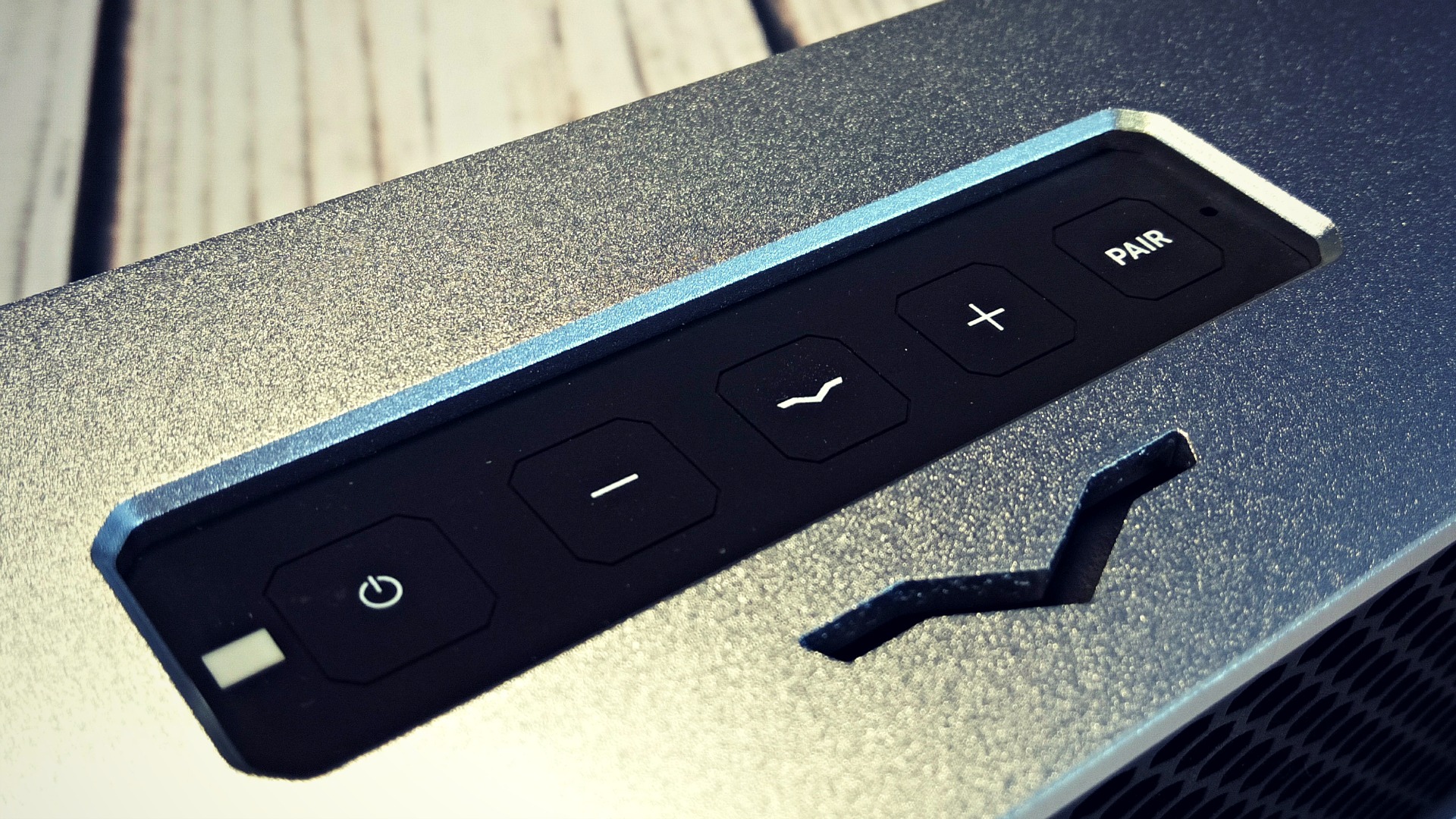 If we had a complaint about the REMIX its that the Bluetooth connection could be better. Sure, it gives you the standard 30 feet without any obstacles but put it in a room where the source and speaker are separated by a bunch of people and you’ll get some occasional breakups or disconnects. It didn’t happen a lot, but it was easier to “trip up” the connection than we thought for the price.

The REMIX is far more than a standard Bluetooth speaker. Not only can you daisy chain multiple units together, but it also doubles as an amplifier. Audiophiles who already know the V-MODA brand may own a pair of its headphones or something else from the higher end. If that’s the case, then the amp function brings about even more value.

We appreciate that, in addition to playing music, the speaker can make and receive calls, bring up a voice assistant (Google Assistant, Siri), and and more. If you own an Amazon Echo Dot, you’ll definitely want to connect the speaker via the included cable. Place the Echo Dot where you want the mic and set the REMIX in a spot that works best for listening. 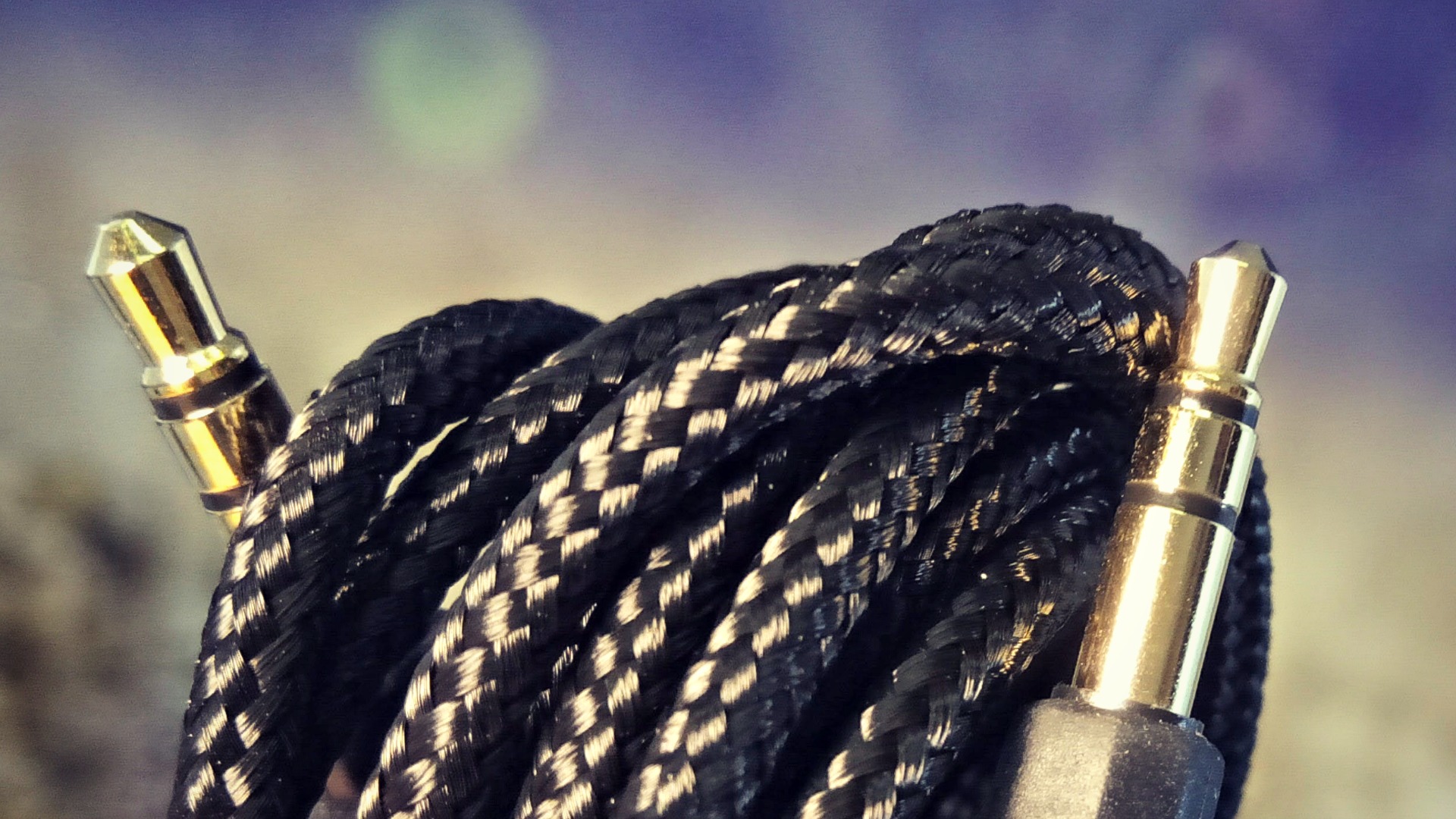 The optional 3D customization is a nice touch, but it will come at a price. We didn’t get to see some of the different finishes and designs, however, the V-MODA website does show off a couple of examples. As a general consumer, we don’t see much reason to go beyond the standard design, but we can imagine scenarios where a business might.

At $300 the REMIX doesn’t come cheap. If you’re in the market for a utility-type Bluetooth speaker that can come and go with you, this isn’t it. This is the sort of unit that offers up extra features and which you’ll have for years. It won’t go to the beach or sit next to the pool, but it classes up a family room with excellent sound.

Considering an amp for your headphones? Like the functionality that comes with Amazon Alexa? If you say yes to both of those, your list of potential speakers just got much shorter.

The V-MODA REMIX comes with the company’s Six-Star service plan which includes 50% replacement cost for life. Not just for basic problems, mind you, but scenarios where you might drop the speaker off a building or run it over. Moreover, it comes with a standard one-year “Premier” warranty and a 60-day test drive.