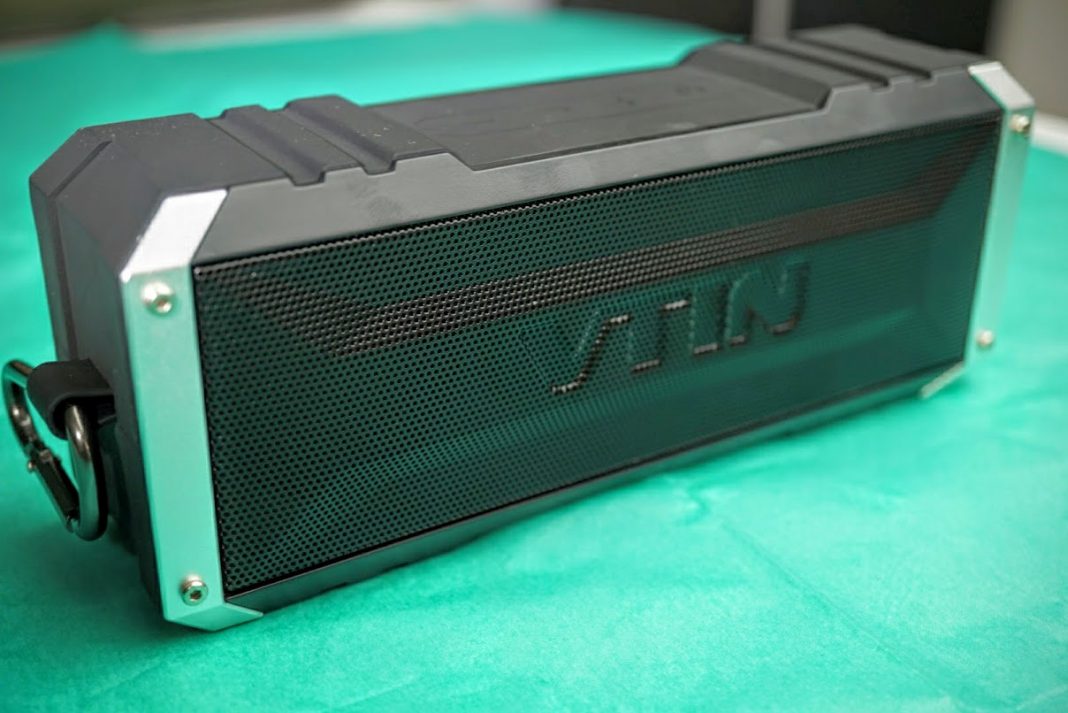 I’ve been on a binge lately of reviewing accessories from brands you probably haven’t heard of outside of Amazon. It’s been a goal of mine to get more information out to you readers on products that are more affordable. Keep in mind, I love the expensive stuff as much as the next person, and if I was worried about reviewing everything I liked, it might not make the most sense for our audience. Sometimes it just doesn’t make sense to spend and extra $100-200 just for a little extra that will be hard to notice over time.

Technology is not timeless. Unlike a Rolex, almost all tech gadgets have a limited lifespan and it’s not always necessary to drop the most money you can afford, especially on accessories. I’ve been using the Vtin 20W waterproof outdoor speaker and am happy to tell you there’s another great option for your wireless music under $40.

The Vtin 20W wireless speaker is a rectangular and rugged device that’s built to withstand the elements. It is a metal framed seven inch speaker that’s a great size for portability with its rubberized exterior. There are two front facing drivers with a rear facing subwoofer which is usually found on higher end speakers such as the Bose SoundLink Mini II. 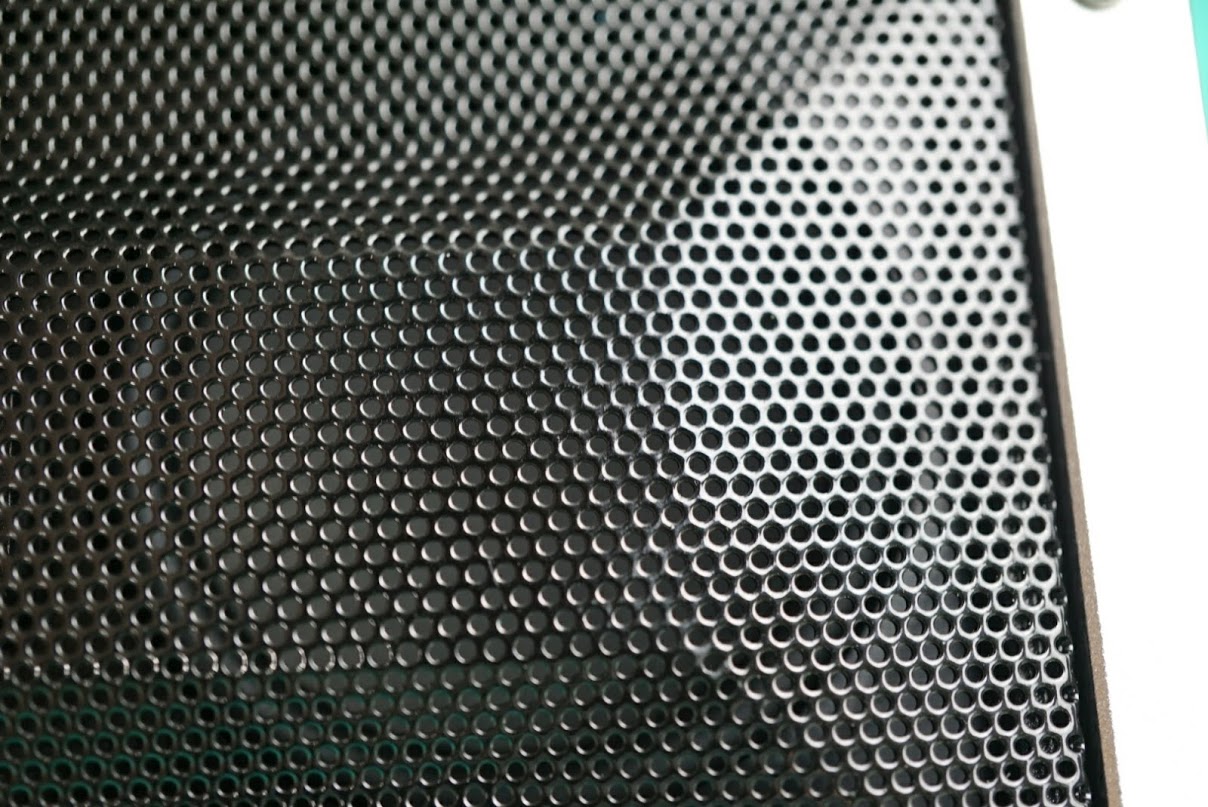 The drivers and subwoofer are protected by metal grilles that are very sturdy and provide excellent protection. Controls are found on the top of the speaker and are protected by the rubberized coating. The controls are the basic + for volume up (hold for 1s) and fast forwarding songs with a click. The – control is for turning the volume down and rewinding to the previous song with a single click as well. There’s also a power button and a call answer/end button on the top as well.

On the side of the speaker is a port for a microUSB charger, as well as a 3.5mm AUX input protected by a rubber flap. On the opposite short end of the speaker is a loop for attaching the included carabiner so you can hook it to a backpack or tent when outdoors. 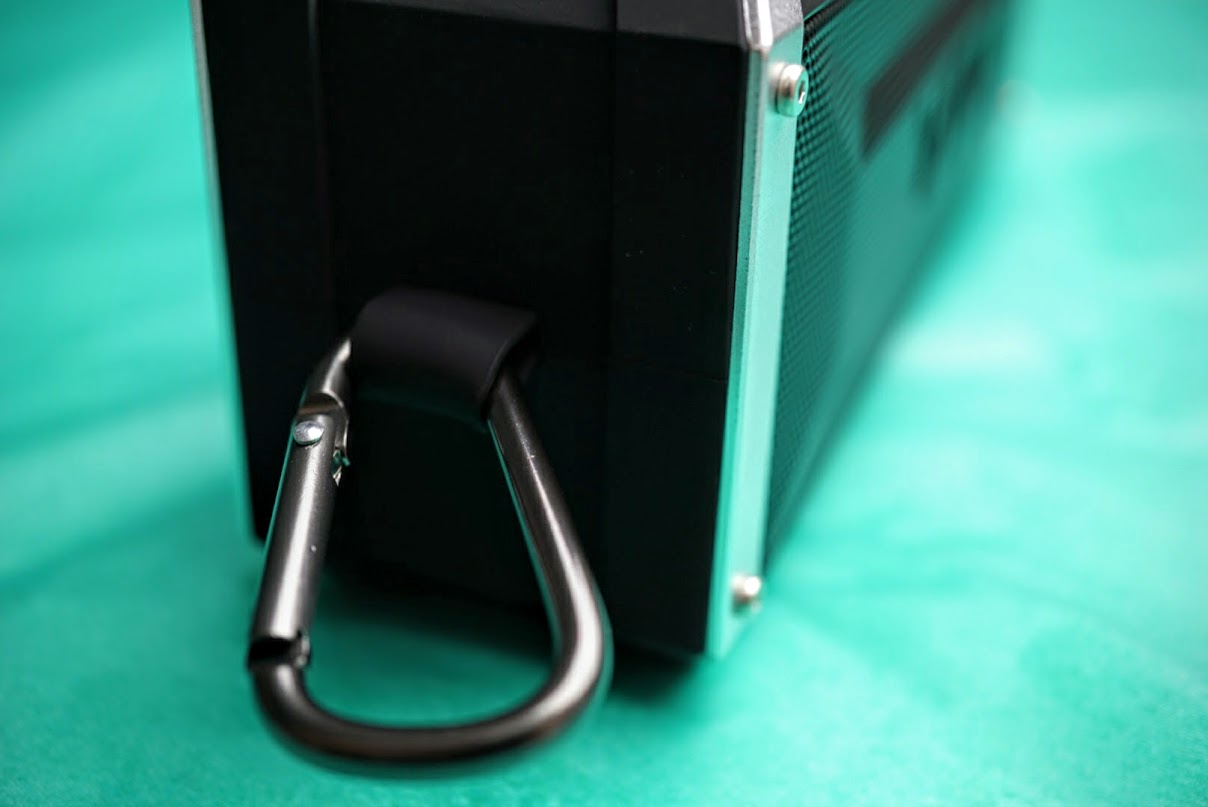 The exterior protection is rated to withstand splashes and drops with an IPX4 rating. Overall the Vtin wireless speaker is very well built and is definitely built to withstand the elements.

The Vtin 20W wireless speaker manages to find a great amount of clarity and balance in the mids and highs. It’s actually quite detailed on the highs which is great for outdoor listening, as highs tend to travel better over distance than lows and mids. Rugged speakers that don’t sound good indoors are a no-go for me, but the Vtin sounds just as good sitting next to me on my nightstand as it does when I’m at the park.

Even though the Vtin wireless speaker has a relatively large subwoofer on the back, it doesn’t manage to drive the deeper lows that you’d want with rap or hip hop. The speaker would probably perform better in with the low frequency range if it had a bass port to move more air, but that would probably sacrifice the IPX4 rating. Nonetheless, the lows are present enough to make music enjoyable.

The Vtin 20W speaker also gets loud enough to enjoy outdoors on hikes with its compact size. It’s also loud enough to entertain a group at a standard sized campsite, while not being loud enough to disturb the whole campsite. Also with its lack of emphasis on bass, it definitely won’t be bothering next door neighbors and that’s a good thing. 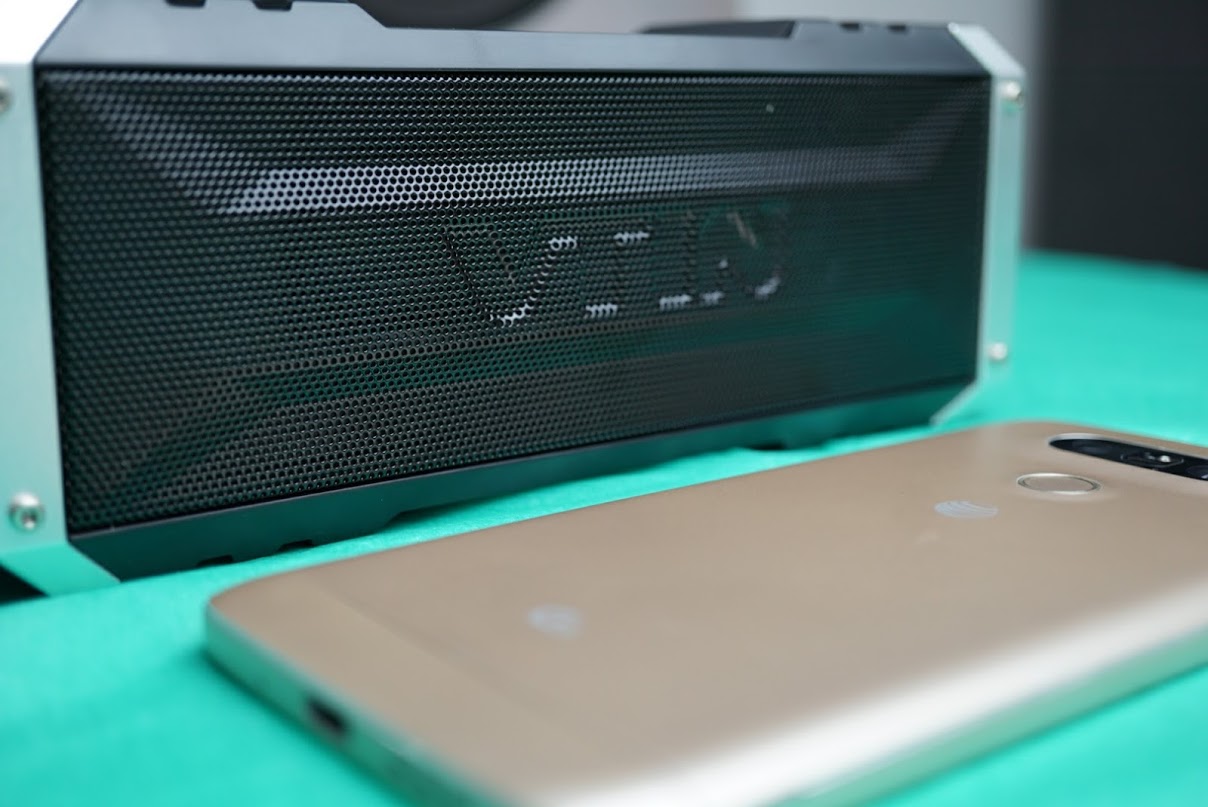 I love audio products and have ever since I got my first tape deck as a kid. I’ve listened to a wide range of speakers in all price categories, and have massive floor standing towers in my office with a 15″ sub. I’ve also owned and listened to earbuds and headphones in the $1000+ price range, and while it’s fun to be very analytical, what matters most is if I actually enjoy the speaker/headphones I am listening to at the moment.

The Vtin won’t meet many audiophile’s needs, but for someone who has listened to a wide range of audio products, I find myself singing along with the Vtin just like my other high-end products. That’s they key to loving audio products, is enjoying your music and I definitely get that with the Vtin wireless speaker. Once you’ve “been there and done that” you realize that price is most important factor at the end of the day.

With that being said, I’m not a huge fan of the included microphone for taking calls. It picks up a little too much background noise and the person on the other end of the line struggles to hear me at times.

The Vtin wireless speaker’s biggest accomplishment is its outstanding battery life. The manufacturer states 25 hour battery life at 70% volume, and I can attest to it. It has a 4400mAh battery and I got through several cycles of 20+ hours of usage. That’s pretty insane for a portable speaker that manages to not feel heavy.

20+ hour battery life makes sense for being an outdoor speaker since many people might not have access to a charger for a couple of days. It’s also double or triple the battery life of competing speakers in the rugged category.

I’m impressed with the Vtin 20W waterproof outdoor speaker. The list price for the Vtin wireless speaker is $39.99 at Amazon and is well worth the price.

Let me emphasize, the Vtin holds its own against speakers double and triple the price in the sound department with its clear and detailed sound. It puts out sound thats enjoyable, loud and sing-along worthy.

The battery life is the star of this speaker and there are very few that can compete no matter the price range.

Also at $39.99 you won’t worry about getting it wet or dirty when you bring it along on your outdoor adventures. It’s an all around great speaker for the price that won’t make statements with a fancy exterior, but the substance is all there.

From now until October 31, Vtin has given you AndroidGuys readers an exclusive discount code (88GD8B7V) to save $5 to bring the price down to $34.99 at Amazon with free Prime shipping. 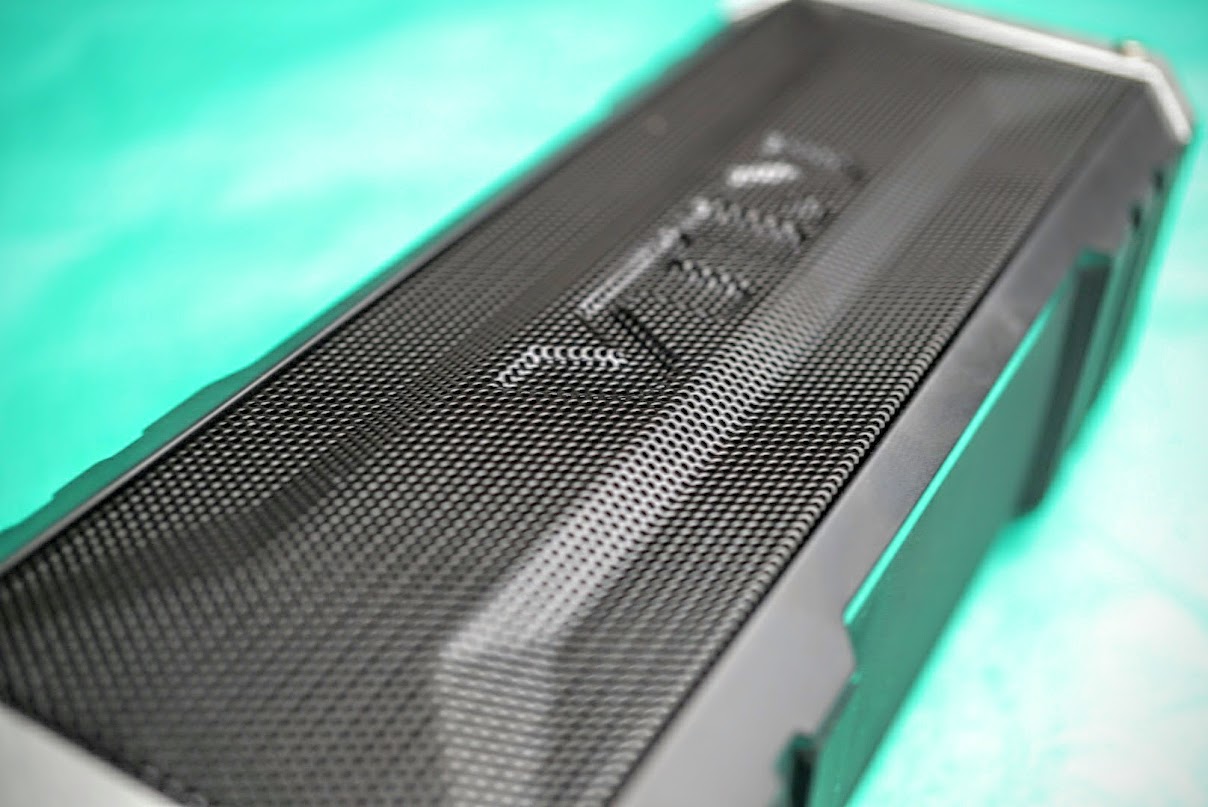