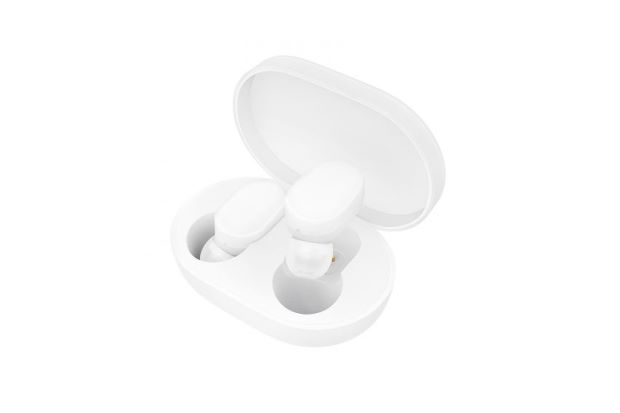 Let’s not beat around the bush: Apple makes the most popular truly wireless Bluetooth earbuds on the market today. Yes, it seems like half the people I know are walking around with Airpods in their ears. It’s part of the reason we made our guide on pairing the Airpods with Android devices. Just because Apple makes them doesn’t mean you can only use them with Apple products.

Read more: Yes, you can use AirPods with an Android phone; here’s how

But, just because Apple makes them doesn’t mean they’re the best around. Sure, they’re fantastic (I own a pair myself) but there are other options. One of those options is the Xiaomi Air Dots. The recently released truly wireless Bluetooth earbuds are only about $30 USD (though prices are high to import them) and absolutely crush the Airpods in terms of value.

The Air Dots are really well made. Both the case and the earbuds themselves have a soft-touch plastic that feels pretty interesting. I like it but it’s a stark contrast to the hard white plastic of the Airpods. 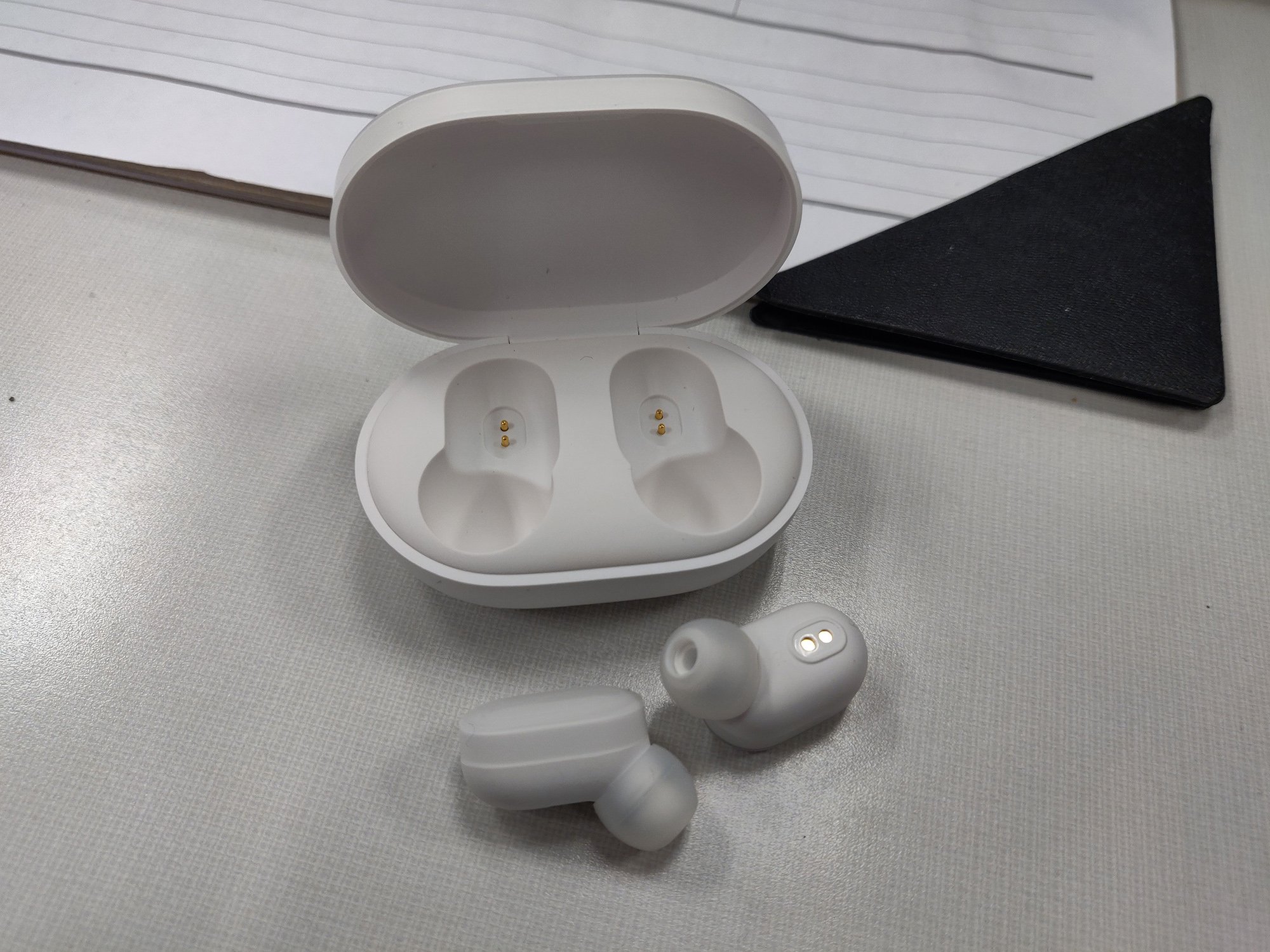 This soft-touch cover is also a little translucent. When you’re charging the Air Dots in their case, you can actually see the charging LED through the case. It’s a really cool feature and makes them stand out from other wireless earbuds on the market. I’ve had a few people ask me about this feature so you know it’s catching people’s attention.

The case features magnets much like the Airpods case. It snaps shut and the Air Dots drop into place with a satisfying plop due to the magnets in the case. I will say that I don’t have as much confidence in the Air Dots case staying closed as I do with the Airpods, but it hasn’t been an issue yet. I’ve thrown them in my bag a few times and they’ve stayed tucked tightly in their case each time.

In terms of battery life, we’re looking at a rating of four hours of playback with another three charges in the case. In reality, I have found that I get anywhere between three and four hours of playback depending on volume level. You’re not going to reach that five-hour mark, but they won’t die on you in the middle of your workout either. 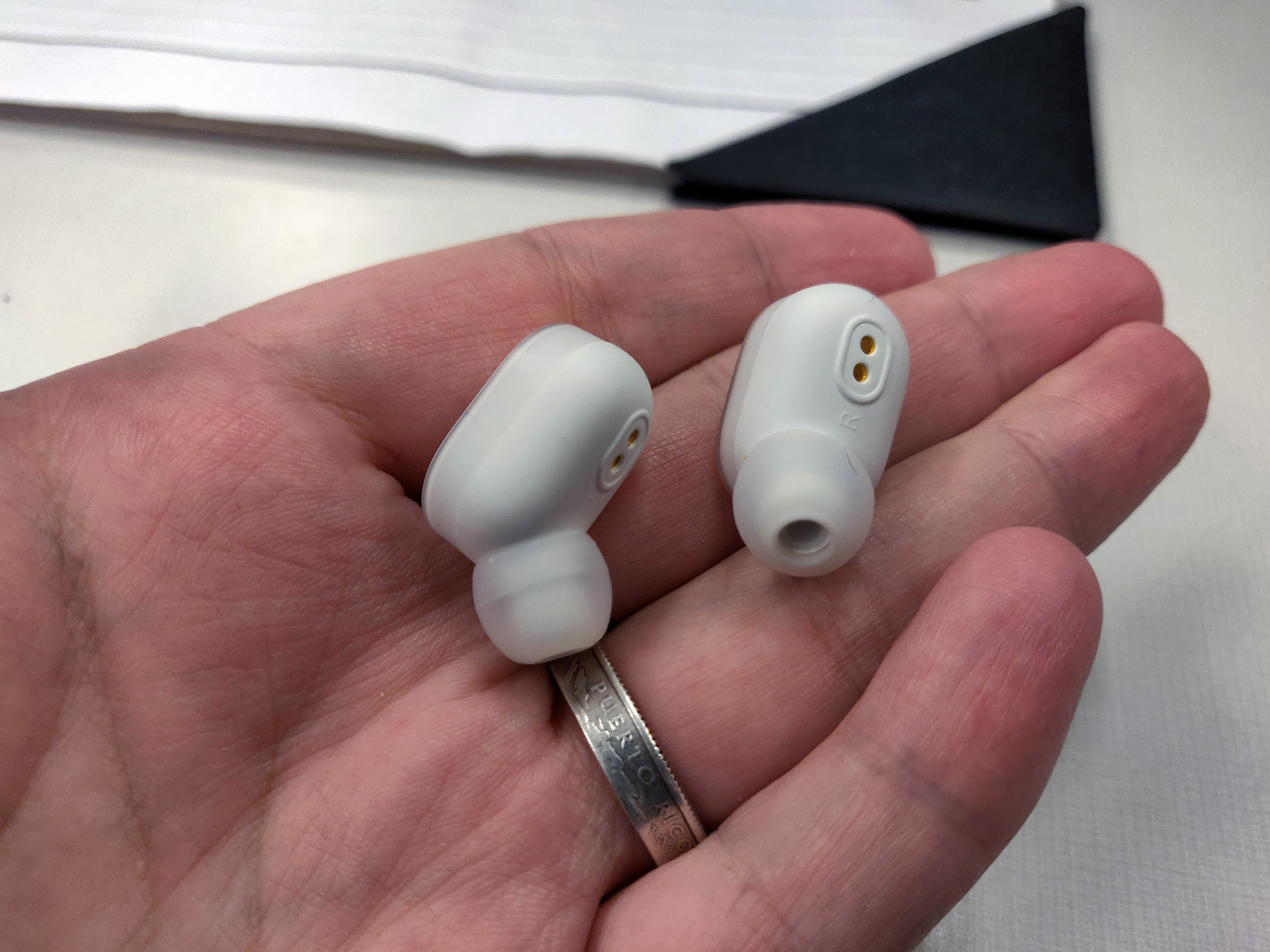 I do wish these recharged a little faster. It takes between 45 minutes and an hour to recharge both the buds. This isn’t terrible, but with several options on the market that feature quick charging, it feels slow in practice. Also, we’re still dealing with a micro USB connector here. I know that these are extremely cheap but I’m left wondering just how much more it would’ve cost to include USB type-C. Almost everything uses USB type-C now and it’s an annoyance to find a micro USB cable for these.

Luckily, Xioami has included a micro USB cable in the box. It’s a short cable but it gets the job done. Also in the box are some more ear tips in differing sizes and what I’m assuming is an instruction booklet.

I’m assuming that because it’s in Chinese. And that’s one of the biggest drawbacks here. The instructions are in Chinese. The voice prompts are in Chinese. Everything about this is a Chinese product since it’s not officially being sold here in the states. I had no idea how to pair these aside from just heading into my Bluetooth settings and pairing the right earbud. Luckily that worked.

Once I got them paired, I noticed how good they sound. You don’t get the same bass and low-end you get with Airpods, but the Air Dots are also $100 cheaper depending on where you buy them from.

In addition to my own testing, I also had my partner check them out. They don’t care about sound quality as much as I do and just care about having something decent to listen to while at the gym. We both came away with the same feelings, “they’re fine.”

You’re not going to be blown away by how these sound, but you shouldn’t expect to be for the price. I think they’re within striking distance of the Airpods personally and my partner still prefers the Airpods, but not by much. 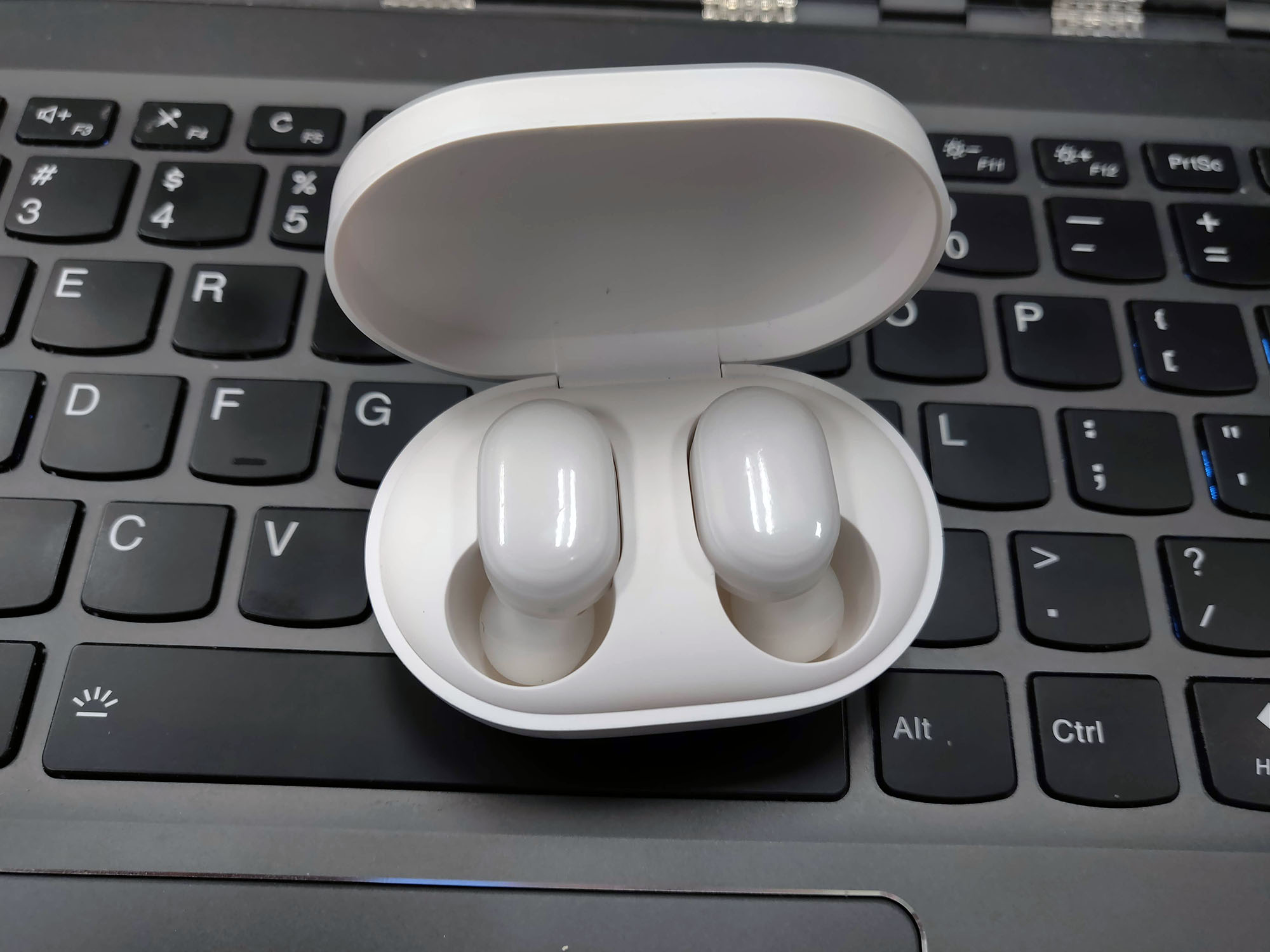 Voice calls are another story. While everything sounded okay on our end, those on the other end of the line said we sounded muffled and hard to understand. In my testing, you can have basic conversations, but you definitely don’t want to use these for any kind of important call or teleconferencing.

There are no wings or special fittings here, but they do stay in place pretty well. Some other reviewers have mentioned that they fall out of their ears despite trying different tip sizes, but I haven’t had any issues.

I do like that both of the earbuds have touch-sensitive controls. You can do things like launch Google Assistant and play/pause your music with a quick tap or two. These also have no buttons so turning them on or off is as simple as laying your finger on the buds for a few seconds. Once they’re on, they pair incredibly fast. It’s a great experience.

Like most tech under $50, there are trade-offs here. But, the minor negatives are outweighed heavily by the positives. They sound almost as good as Airpods at less than half the cost. They have decent battery life and really nice build quality.

I’d like to see some updates in the next gen like USB type-C or, if we’re feeling really bold, wireless charging. But, I’m willing to live with those shortcomings to keep almost an extra $100 in my pocket.

If you’d like to pick up a pair of Xiaomi Air Dots, head over to GearVita where you can get some right now. As a special gift to our readers, GearVita wanted to pass along a special coupon code. Enter AGMAirdots at checkout to save $15!

Check out these other great truly wireless earbuds: