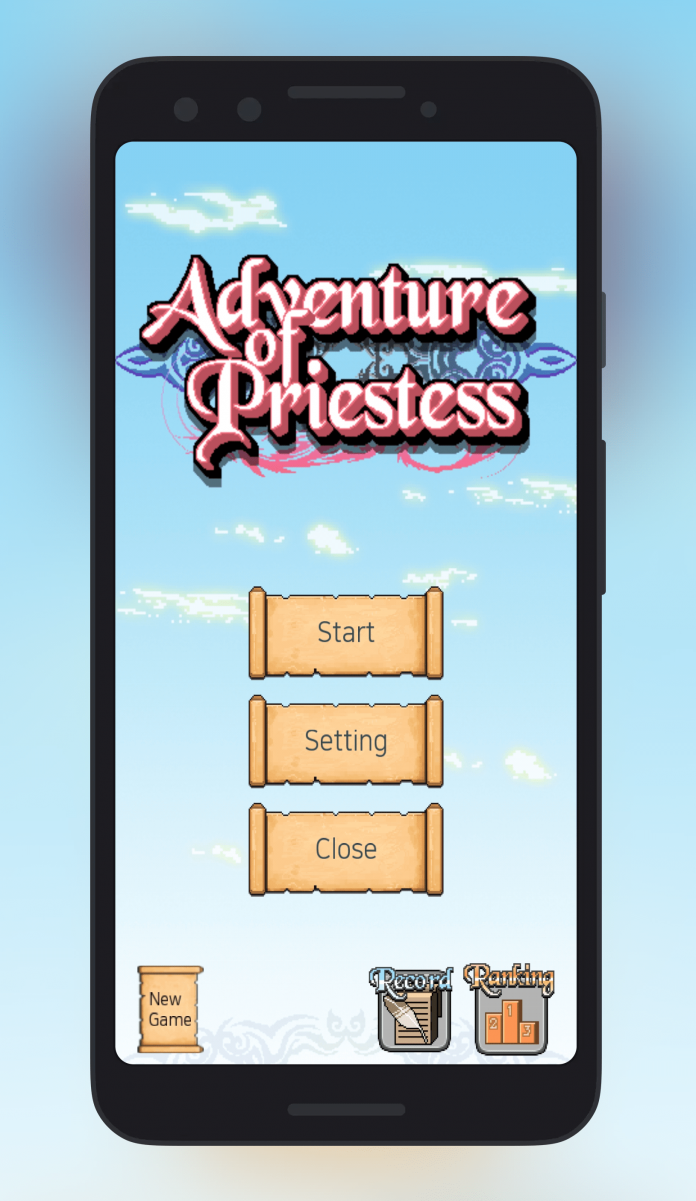 Browsing through some deals, I found a small little game called Adventure of Priestess. It seemed cool: a RPG with pixelated graphics and sprites that resembled cats. It was being offered for free, so I went for it. It has 4.4 stars in the Play Store, so I figured it should be good, right? Play Store ratings are always a reliable source of information, right?

In Adventure of Priestess, you “control” five different characters. I put it between quotes because they actually attack automatically. It is your job to make things easier for them. This is done by you activating a special set of skills: healing, shield, sleep, and cheer. There’s a main character, called Stella, who is responsible of healing other characters. However, if she dies, then the game is over, regardless of the condition of other characters.

From the start of the game, you immediately realize flaws in the execution. Here is the first screen that you see after pressing Start: 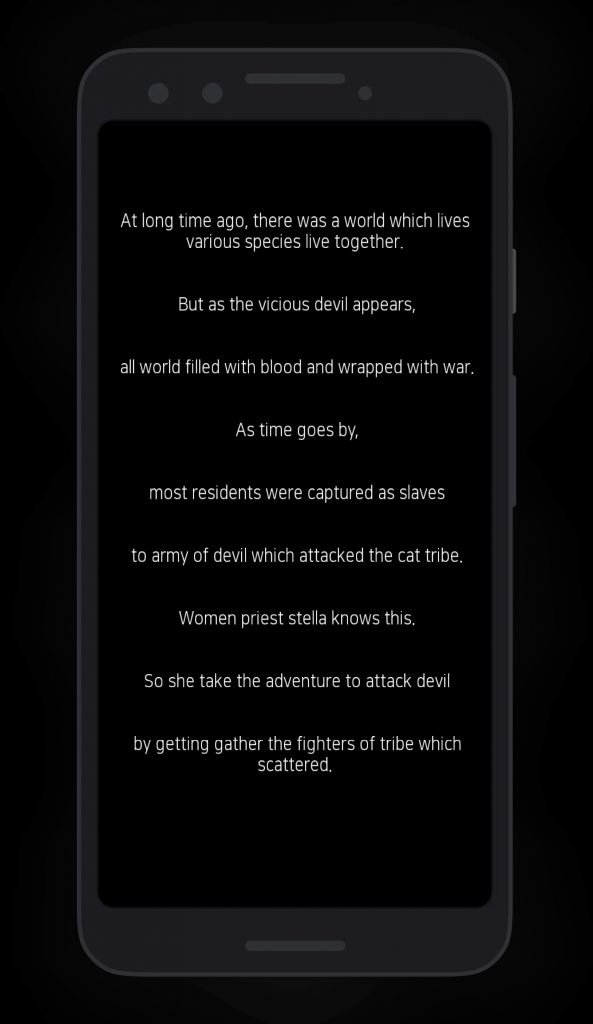 The English is just awful. As a non-native English speaker, I understand that English is a hard language in which read and read are pronounced in different ways, even though they are written exactly the same. However, the flaws in the text are just unacceptable for a game sold in an app store. There are plenty of offerings out there to make sure that the text you ship in your apps is good enough.

This is not a complaint just for the sake of complaining. If you don’t understand what the text is trying to explain, then all immersion is lost. Worst of all, a tutorial is shown after, and the English is just as bad there. It’s very hard to understand what the game is trying to tell you, which makes it unnecessarily difficult to get the hang of everything at the initial stages. 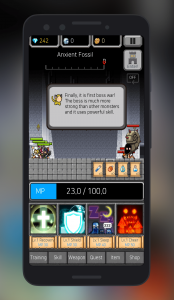 After the initial shock of the baffling tutorial this game offers, you will slowly discover how things work. In each stage, there are several enemies coming right at you. In theory, you can let the characters just play automatically without any input, but this makes things complicated for no reason.

At the bottom of your screen, you will find four different blocks, which correspond to the four skills you can use at the beginning of the game: heal, shield, sleep, and cheer. Heal and shield should be pretty self-explanatory. Sleep casts a spell on your opponents that makes most of them sleep (it doesn’t work on bosses). Finally, cheer is probably something like “boost” badly translated, since it increases the attack power of your characters.

These are activated through MPs, which are refilled automatically at a rate of 10 per second (at least initially). There’s also a cooldown period to avoid using the same skill over and over until your MP bar is depleted, which means you have to think through your activations. If you are low on HP, it is better to use a low MP skill (like shield, which also reduces the damage you receive) until you wait for the cooldown timer to end. If HP is not a problem, then you can save your MP to activate the cheer skill and go all-offensive on your enemies. 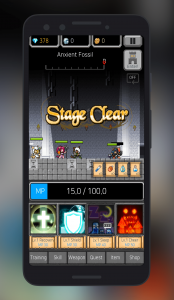 There are several stages to a dungeon, and they all end with a boss fight. For these, the enemies have a character that works like Stella in some ways. It is behind waiting for all the smaller monsters to deal with you, but it can also come at full force to attack you. The game incorporates a mechanic in which your phone vibrates when it thinks that you should either activate a shield or sleep your enemies.

If you die here, or in any other stage leading to the boss fight, it’s game over. You not only have to repeat the stage you are into, but the whole dungeon instead. Those are ten minutes you are never getting back.

The powers you can activate during your fights are all temporary, but you can increase their strength and duration with gems. These are normally earned through gameplay, and I haven’t found a way of earning them in other ways. These gems, which the game actually calls soul stones, are also used for increasing your character’s levels. 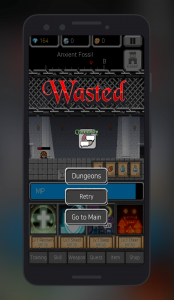 You will find, however, that the process is very, very slow. Each level asks for more gems than the previous one, but since gems are awarded at a very slow rate, this means that you need to grind a lot to be able to tackle the upper dungeons.

Another complaint with the levelling system is that you don’t actually see how much does your purchase will increase your character/skill.

Sure, you get stats for the skills right now, but there’s no way of knowing how will your hard-earned stones affect the skill until you press that level up button. This, coupled with the low yields of stones, makes the progression unnecessarily hard.

As previously said, the graphics of this game are all pixelated. The game actually does a good job in maintaining that general style throughout all the elements and sprites that appear during gameplay. There are some weird choices, like displaying the word “BOSS” on the screen when a boss comes, and the cheer icon is kind of creepy. Other than that, the graphics are adequate, if not extraordinary, but the consistency is appreciated.

A small complaint with the graphical part is that, since the stage never moves, you can have the situation where characters overlap. This happens when the enemy has you cornered on the left side, or you have them cornered on the right side. This has made me lose some characters because I haven’t been able to see their health bar, so they have been slowly dying without me noticing. 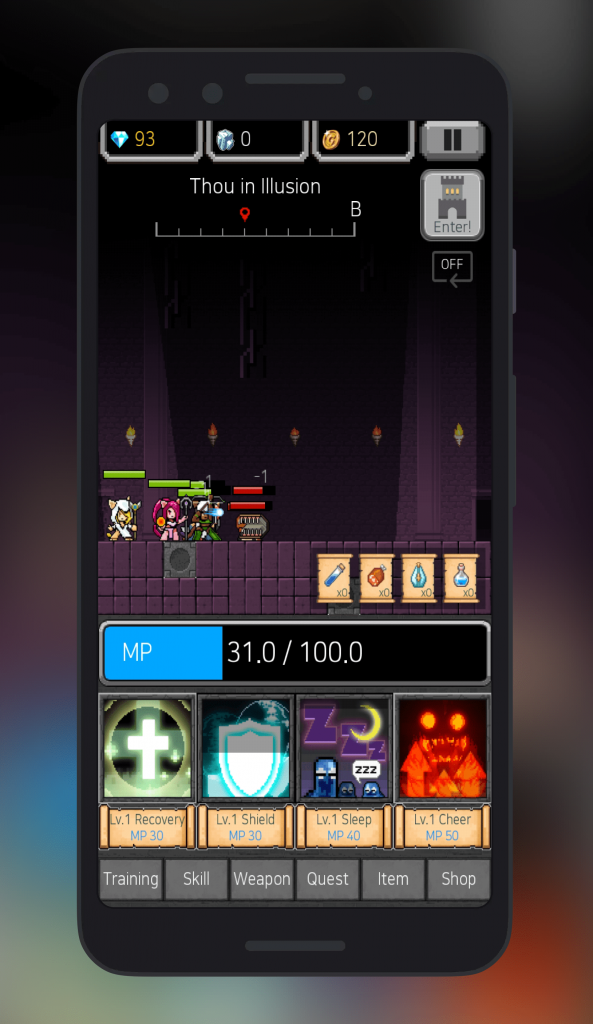 The music on this game consists of a small snippet on repeat. While this piece is good enough, the part where it loops is very noticeable. Other sound effects range in quality. For example, the healing skill sound is cool and appropriate for the action, but the sound effect when a character dies is pretty low quality.

Adventure of Priestess combine a pixelated art design with an auto-playing gameplay, while giving the user some control through the skill mechanic. However, there are several things that are too big of a setback in order to consider it enjoyable.

The translations to English are awful, the progression is slow and tedious, and the upgrade system needs some additions in order to be fun. There is also almost no story to speak of. As it is, you are just tapping at the screen in intervals, killing enemies, and going to the next stage. Even though it is cheap, there are better games out there for you to spend your money on.

Download and install Adventure of Priestess from the Google Play Store. 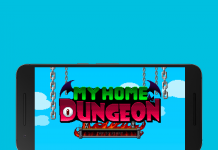 My Home Dungeon: An interesting RPG amidst the endless-game craze (Review) 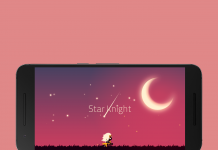