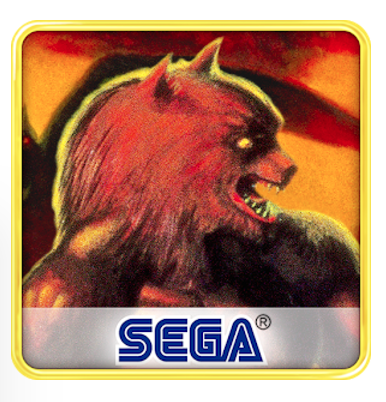 SEGA now offers a large collection of games on the Google Play store and amongst them is Altered Beast. Altered Beast first appeared in the arcades in 1988 as a standalone arcade cabinet but later came to the SEGA Genesis. The arcade version was more detailed and ran more smoothly when compared to the home version. Unfortunately Altered Beast on Google Play is an emulation of the lesser quality Genesis version. The game is still a cult favorite of the “SEGA kids” that grew up with the SEGA Genesis home console.

Playing as the beast

Altered Beast on the Google Play store plays virtually identical to the home version, with the biggest difference being the lack of physical buttons to press. SEGA chose to do a transparent overlay of the directional pad, Start button, as well as the A, B, and C buttons. Surprisingly this works much better than I expected as I had very few issues with controlling my character, and as a bonus, Altered Beast supports many standard Bluetooth controllers.

During 2015, SEGA began removing select titles from the Google Play store as a precursor to launching the ‘SEGA Forever’ game service on mobile. Some reports have indicated that the emulation through SEGA’s current mobile offerings suffers from the use of Unity on the ports. Through my game sessions, it was quite difficult to detect any differences in framerate, sound or graphics and Altered Beast seemed to play very close to the original Genesis version.

As was true to the original, the gameplay is simple but challenging. Fight off the undead and other beast-like enemies to unveil the next location. Bosses will appear at the end of some levels and are designed to take multiple lives, as this was originally an arcade game meant to munch quarters. SEGA fans of yesteryear may enjoy revisiting this classic, but most gamers won’t find much meat to chew on here.

A fluff-ball of features

Altered Beast is supported by the ‘SEGA Forever’ platform which works both in Android and iOS. SEGA Forever is a new service advertised as a “free” gaming platform for classic games on mobile devices with add-on features that have an added expense. Altered Beast is free to play, but contains ads throughout the game which can be disabled by paying the $1.99 fee. Paying two bucks to disable the ads is highly recommended, as it also adds the feature to save your game-state at any time during play.

As mentioned previously, Altered Beast supports Bluetooth controllers but does not offer settings to remap buttons or check pairing status for said devices. Within the settings, there are options to invite friends from Facebook to try the game, a button to turn the music off or on, as well as a ‘send message’ feature that apparently goes directly to SEGA’s support team.

SEGA’s Altered Beast is a game that brings back memories for some, but not always good ones. On the one hand, this is a full re-creation of the Genesis classic that is hampered slightly by sub-par emulation and the Genesis version’s slow gameplay and dated graphics and sound. Surprisingly, the sound reproduction is spot on, but with this being the Genesis port, the sound is far from great. Visually the menus are laid out nicely and it’s very easy to get from page to page.

Considering SEGA has the SEGA Forever platform, we could see advancements in the future, but as it stands now, there’s not much of a punch from this beast. While the asking price is still low, you’d be better of finding a stronger emulator on another platform–especially if it was for the original arcade version.