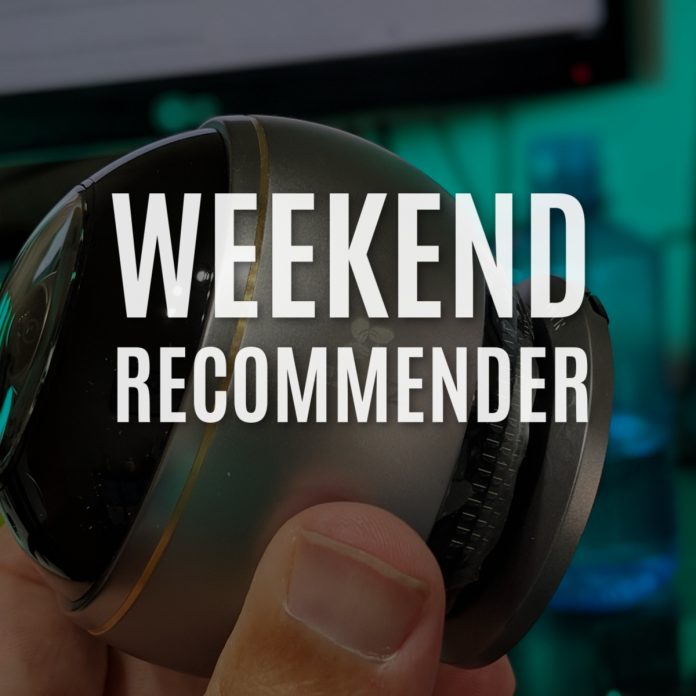 Whether you’re wrapping up some backyard projects, beating the heat at the pool, or hitting your strides in the latest semester of school, chances are good you’ll be using some tech. Be it in the form of a Bluetooth speaker, some headphones, chargers, or something else, you surely have a gadget nearby.

It’s the time of year where new phones will be springing up again, and that means potentially new gadgets to accessorize them. With a few flagships hitting retailers over the next few weeks, it’s a great time to consider new gizmos to enhance the experience… or smarten up the house… or simply buy because they’re fun.

The Weekend Recommender is our chance to share some of the better tech devices and items that have crossed our path. What you’ll find below are five products that we’ve spent time with over the last few weeks which deserve special recognition. Who knows? Maybe your next favorite thing is listed here! 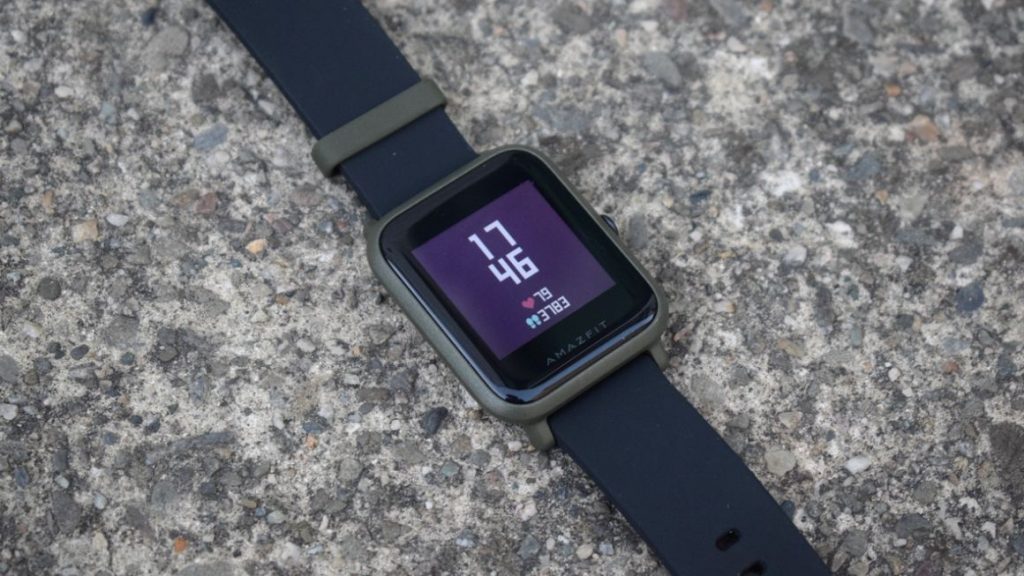 While Google is still trying to figure out what it’s doing in the wearable space, other OEM’s are doing things on their own. Xiaomi-owned Amazfit has released some new wearables with the Amazfit Bip leading the way.

The Bip is for those out there who have been missing the incredible battery life offered by Pebble smartwatches. This wearable features a “transflective” display, which is easy to view, while also keeps your smartwatch going.

Read more: The Amazfit Stratos launches with all of the best features for just $199

What makes the Bip even more impressive is that there is a built-in heart rate monitor, along with a premium design, all for around $80. Now, there are some downsides, such as inaccurate sleep tracking and limited notification support.

However, for $80 this will perform just about all of the tasks you could think without breaking the bank. 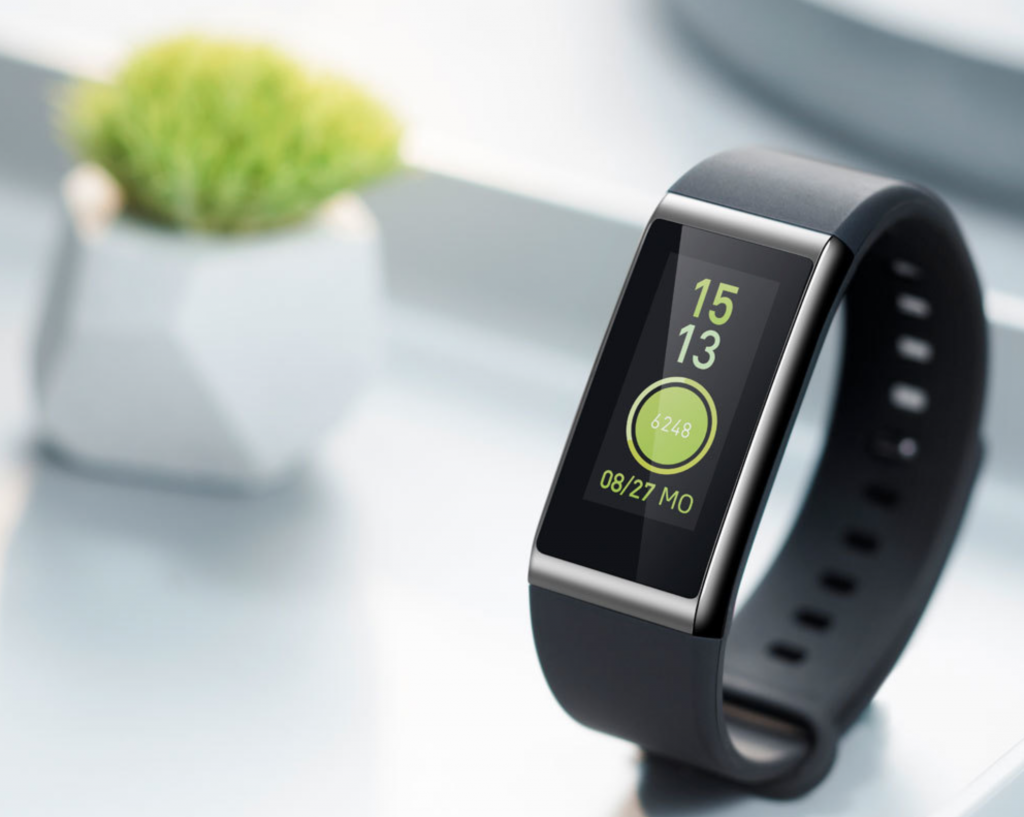 We recently published our review of the Xiaomi Mi Band 3, and the Amazfit Cor falls in the same category. Instead of offering a full smartwatch experience like the Bip, the Cor primarily focuses on fitness.

At first glance, you can see some similarities between the Cor, Mi Band, and Fitbit Charge. However, the Cor has a questionable display with an otherwise comfortable design and build.

The main piece of the Cor is slightly curved, making sure that it wraps around your wrist. Then, you can interact with your various notifications, albeit limited, while keeping track of your workouts.

Additionally, this fitness tracker features a heart rate monitor, water resistance of 5 ATM, and 5 different sports modes. We would have liked to see a little bit lower of a price for what you get, but at $60, the Cor is still a great buy.

Many of you have likely already made the transition to using wireless headphones whenever possible. But that hasn’t stopped various companies from releasing traditional, wired, options.

Admittedly, I was one of those who fully switched over when it came to listening to music on the go. This was achieved through the combination of my AirPods and Jaybird Run headphones. But every once in a while, I was getting an itch to just plug in a cable. 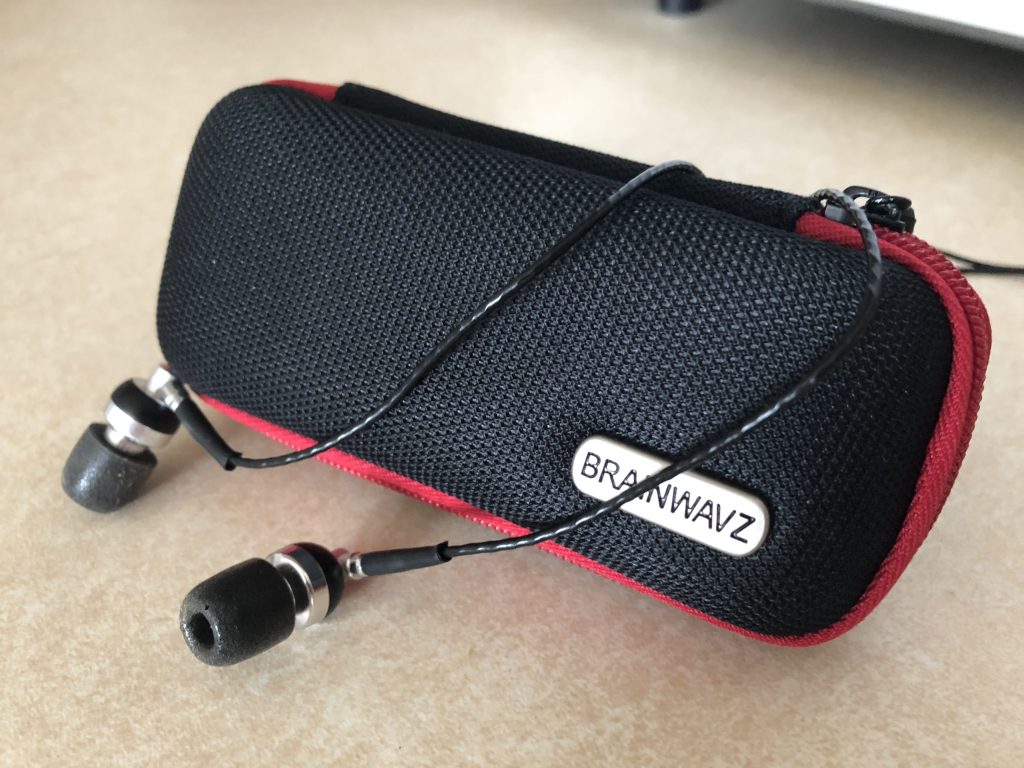 That’s where the Brainwavz M2 Noise Isolating Headphones came into play. The company reached out and I was ecstatic to give them a shot due to the claims of noise isolation.

Brainwavz claims that the M2 headphones are noise isolating, while also providing a great listening experience regardless of what you are listening to. In my testing, the M2 does just that and more, thanks to some included goodies in the packaging.

Not only do you get a rather nifty carrying case, but Brainwavz includes a few different ear-tips. Plus, there is a single pair of Comply Foam tips which is a necessity for anyone who wears in-ear headphones for extended periods of time.

If you are someone who really likes listening to music and doesn’t want to break the bank on more expensive options, these are for you. Currently, you can pick up the Brainwavz M2 IEM for just $59.50 with free shipping. 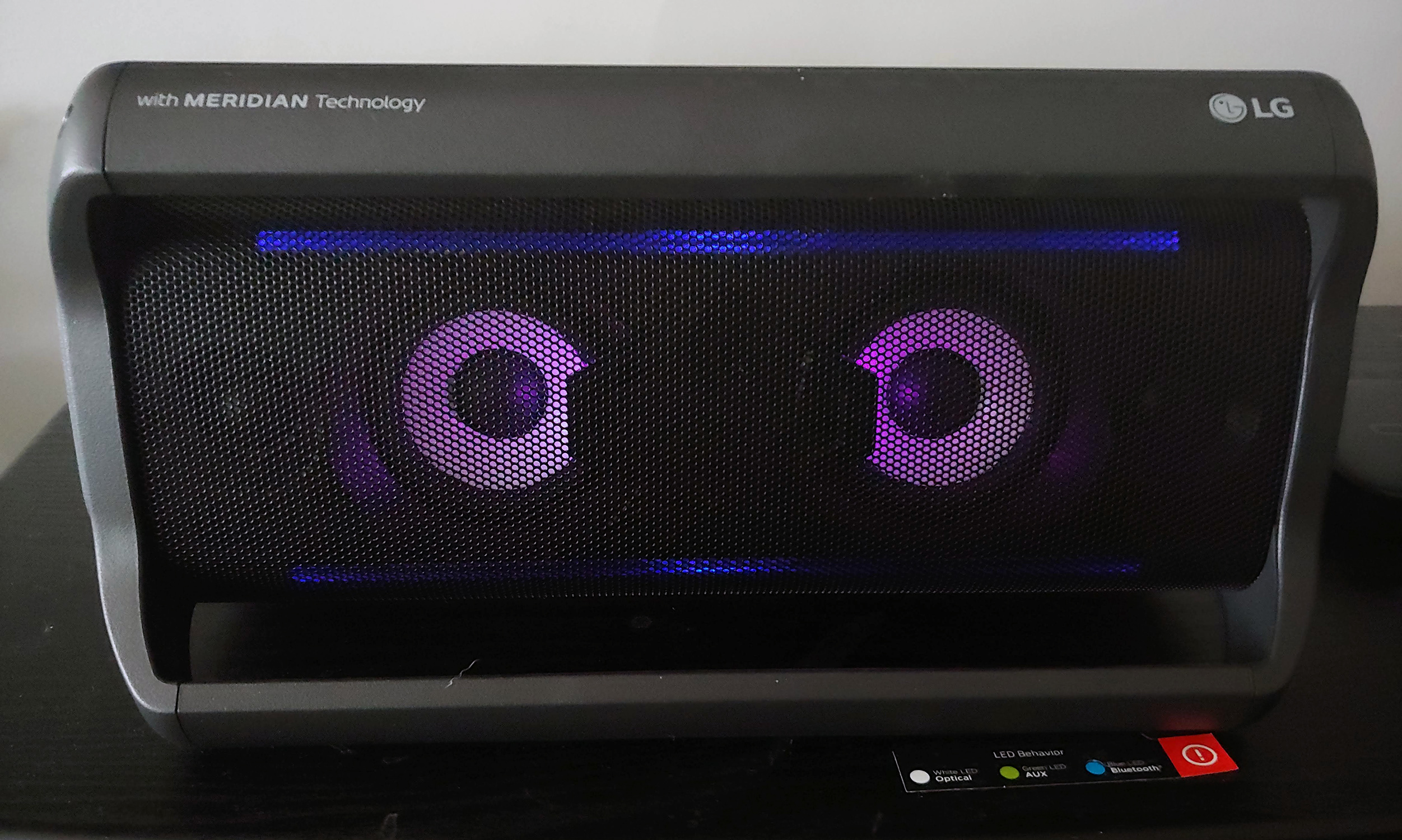 Sure, everyone knows LG for its phones, appliances, and headphones. But did you know they make a pretty good Bluetooth speaker too? The LG PK7 is a hulk of a speaker. It packs in gigantic sound, really good build quality and a cool light show into one compelling option.

This is one of the better sounding Bluetooth speakers we’ve had come through the offices. We’re impressed by the clear and crisp highs as well as deep and heavy bass. It can get a little muddy here and there, but it doesn’t detract too much. LG also lets you customize the sound with a couple of different modes so you can get your tunes sounding perfect.

Build quality is a positive here too. The 6 lb unit is built solidly and comes with a grill over the front and handles for easily toting it around. The handles could be a bit more solid, but they do get the job done. Up top, we have buttons, buttons and more buttons. These things feel great to push, unlike some other speakers we’ve recently reviewed.

If great sound and build quality isn’t enough, you get a light show too. Behind the aforementioned speaker grill sits LED lights that pulse while you’re playing music. They get rather bright, so even when out in the daylight, you can still see them flashing. We’ve had this thing around a campfire several times and it always adds to the scene.

Whether you are looking to charge up your phone, tablet, Nintendo Switch, or even a MacBook on the go the Moshi IonSlim 10K USB-C portable battery has you covered. The IonSlim true to its name is slim, sleek, lightweight, and has an aluminum body.

Some of you might be taken aback by the $100 price tag but what you have to take into account is the Moshi IonSlim portable battery is capable of 30w power delivery. To most people that might not mean much but if you’re looking to charge up your Macbook or Nintendo Switch while playing it means a lot.

Another great thing about this power bank is if you only have USB-C devices then you just need one cable to charge them or the IonSlim. About the only downside I could find is I wish it came with a carrying case.

If you’d like to pick up a Moshi IonSlim 10K battery, you can find it at Amazon and Moshi’s website.

An all-purpose Wi-Fi camera, you can hang this one indoors or outdoors and capture 1080p HD video. The long range dual external antennas can connect to your wireless network form pretty much anywhere in or outside of your home. 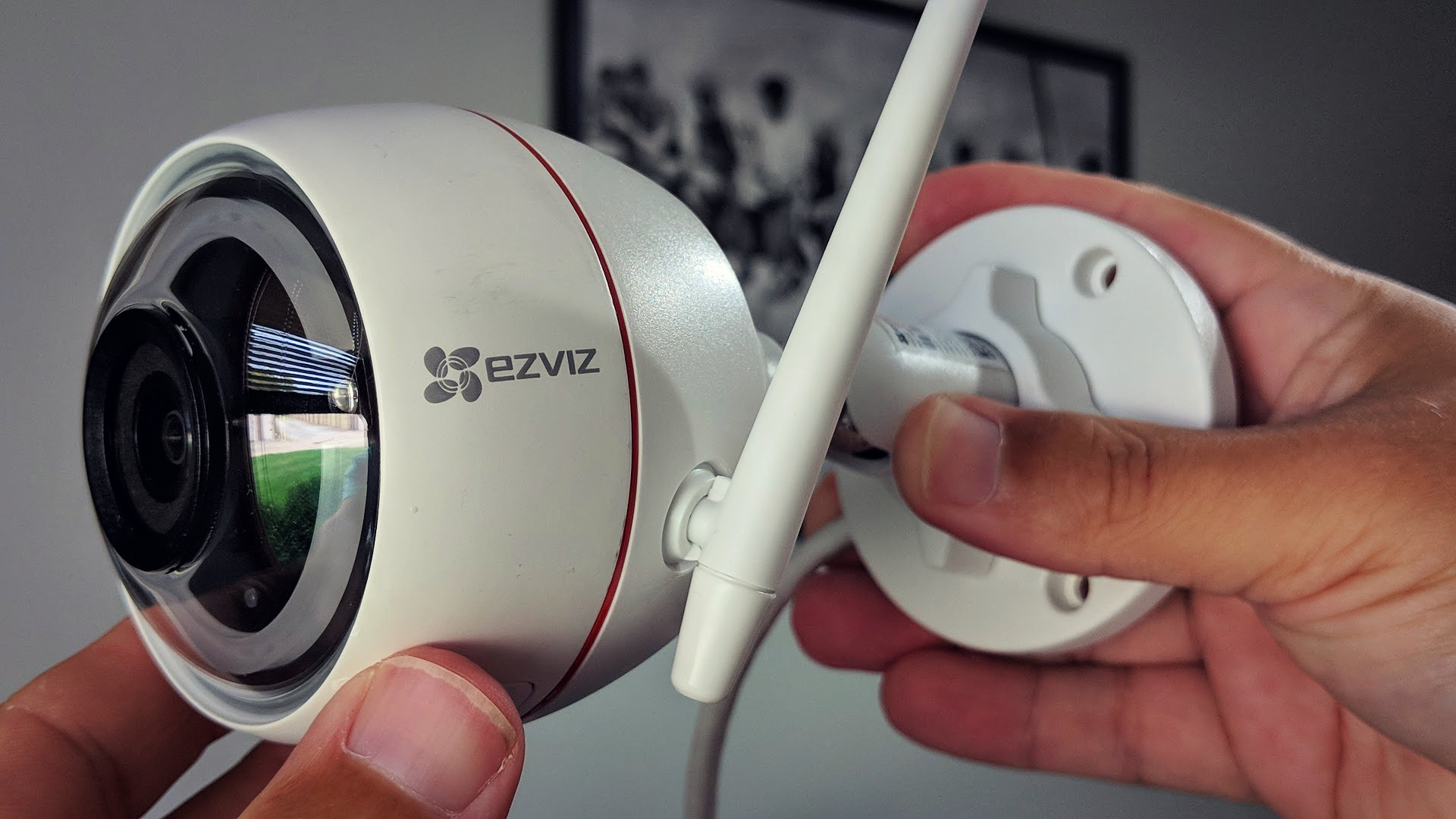 More than just a camera, it features an integrated siren and strobe light. Need to scare away an intruder or let the neighbors know of an emergency situation? Hit that 100dB siren and flash the lights. Or, just kick on that strobe and use the two-way audio setup to let the would-be burglar know that they’re being recorded. That’s right, once the camera detects motion, it starts recording and sends a notification to your phone.

The ezGuard 1080p is dustproof and waterproof with an IP66 rating. In other words, there’s nothing that a storm would do to damage it from rain. 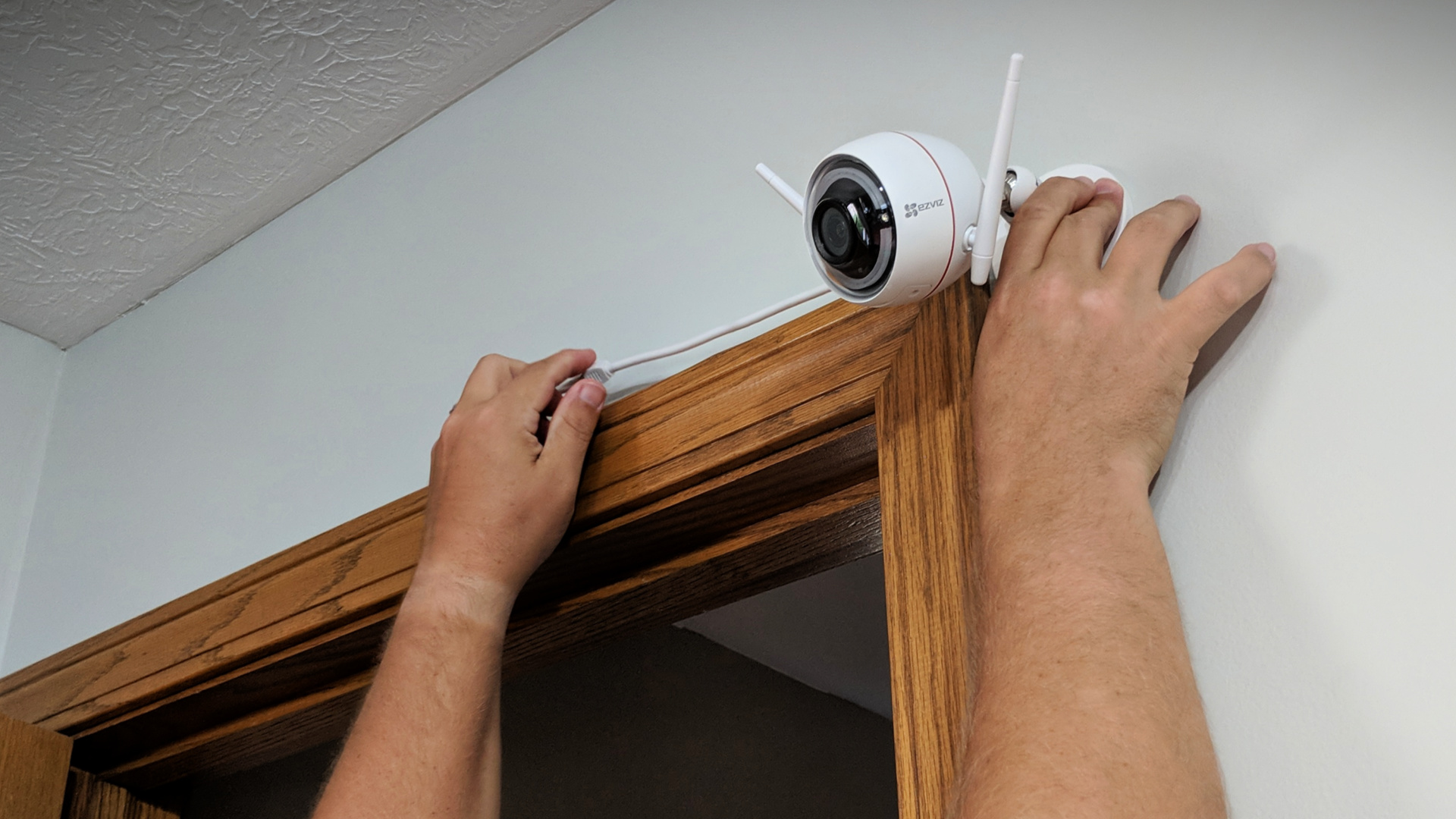 Mounting and setup is both simple and straightforward. Choose between wireless or Ethernet connections and follow the instructions inside of the app. A drilling template sticker ensures you know exactly how things will fit and that you don’t put any extra holes in the wall. 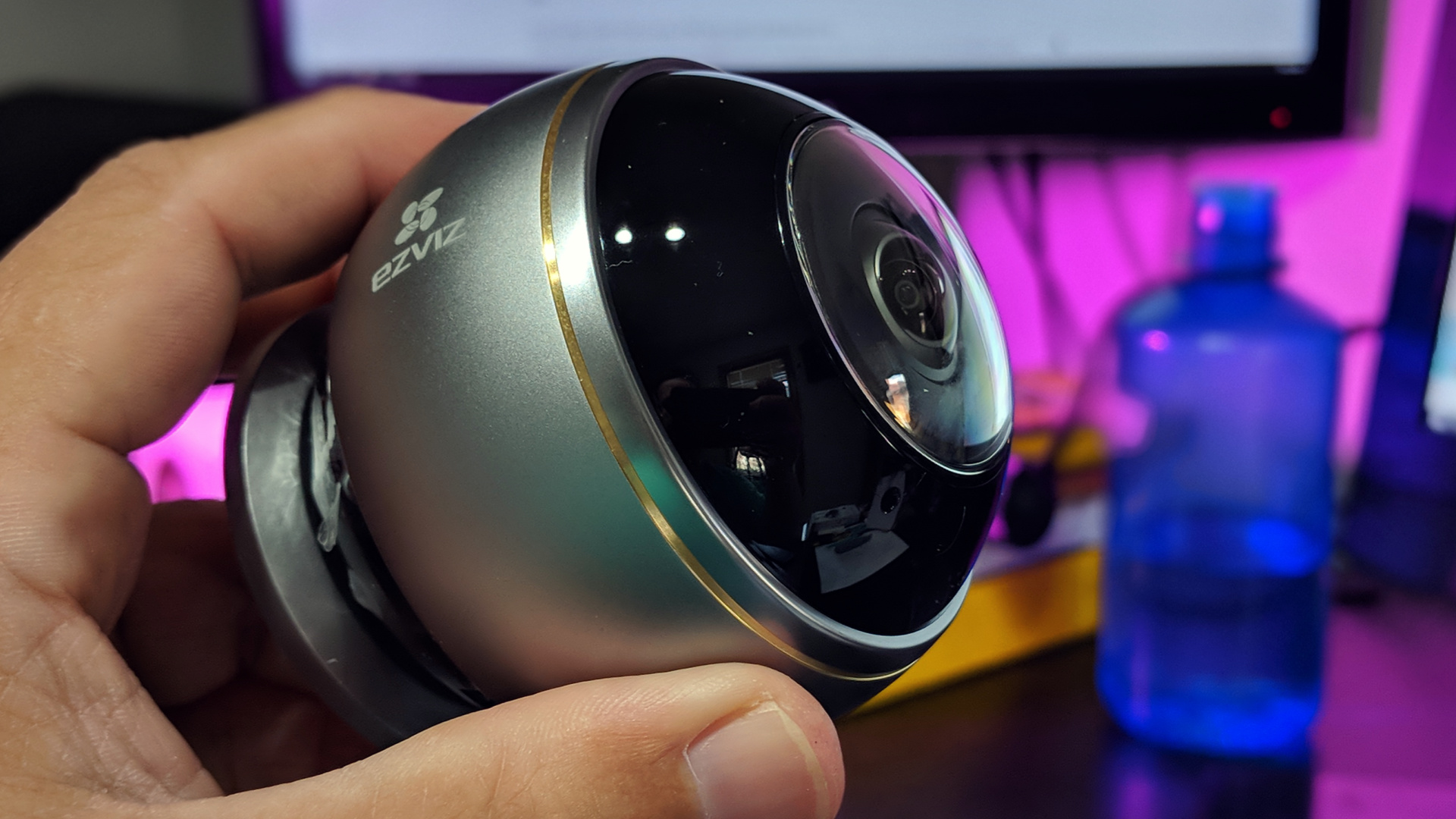 Using the app on your phone, you can split the one feed up into four separate views, essentially turning your single camera into a whole monitoring system. With night vision range up to 25 feet, it works in the middle of the night just the same as it does during the day.

Two-way audio communication is possible via the built-in microphone and speaker. This is perfect for keeping an eye on the kids or pets while out for a few hours. And, like the aforementioned ezGuard, this one has motion detection to alert users and start recording. The integrated slot supports microSD cards up to 128GB but you can also opt for the cloud recording, too.

The ez360 Pano retails for about $150 through a variety of outlets such as Amazon and  B&H.