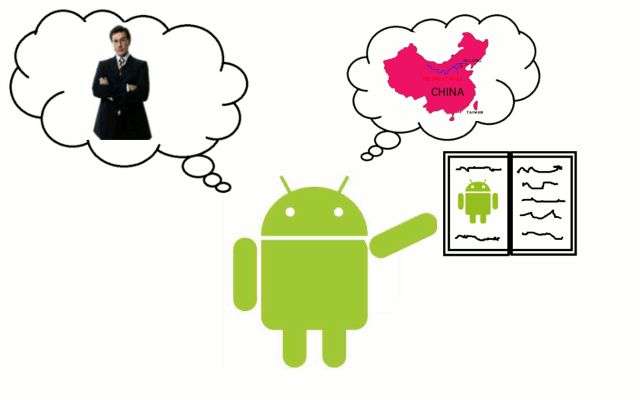 While in Indigo Book Store the other day I took a stroll through the Wireless Application Development for Dummies section. Surprisingly this is a growing section with many books on all of the different programming langauges available. 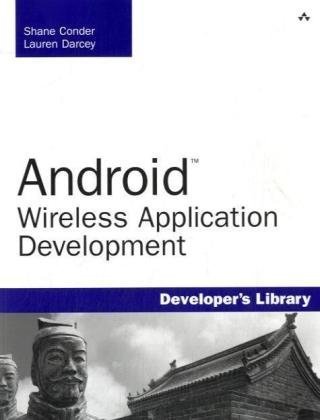 I saw books on Windows Mobile, iPhone, and even basic Java. “Where is all of the Android Developer books?” I said to the Associate. He replies, “Umm, that’s the Google one right?” “Umm, YES!” He asks me to reach to the back of the shelf and see what’s there. What do I pull out? “Android: Wireless Application Development” by Shane Conder and Lauren Darcey. I was overcome with relief that it exists, as I’ve seen many Android books available online and was not sure they had penetrated the retail stores yet. I purchased it without question and thought not only will this be a great reference, but when was the last time Android Guys did a Book Review?

Right on the front cover is the Great Wall of China along with a description and short history of it on the inside cover. Obviously the authors must be drawing some conclusion about Android. We can speculate on this and never truly know what they meant by this but my personal opinion is that it is a metaphor for Android. The Great Wall of China was a giant undertaking built by not only a few but by many branches of the Chinese Military. Android is the same in that it was created by not only Google but by all entities within the Open Handset Alliance and more still by the developers who create the applications that support the platform and allow it to grow.

I was assured even more about my $60 CAD purchase due to a dedication to “Bit, Nibble, Stack, Queue, Heap, and Null” and references within the Acknowledgments section to Jon Stewart and Stephen Colbert, two of the best comedians of the decade. The book’s audience is three groups of people; Software Developers, Quality Assurance Personnel, and Project Managers. When I said “In the beginning…” I was not joking as the book starts off with the history of mobile phones, putting us back in time to the Motorola DynaTAC 8000X. While this is humourous and a little boring, at the same time it inspires and assures the reader about the potential of the Android Platform.

Samples, Examples, and Pictures OH MY!

The book would double as a great children’s book were it not due to the advanced conventions and concepts in the Java language. The book includes sample code in the book and also a CD that has a ton of examples from Networking to 3D Graphics. Quite Impressive. Pictures are included in some chapters to give context to beginning developers or even just to inspire those people who are more advanced.

While this is still a helpful tool the book is out of date only5-6 months after being published. What I am referring to is informational boxes included every once in a while in the book that outline changes from 1.1 to 1.5. I attempted to find the publishing date but found what appears to be an error in the printing date: August 2010. Sorry? I actually checked the date on my calender to ensure I wasn’t living in the past. Either the future of Android is that we will all be reverting back to “cupcake” 1.5, or the authors are really excited for the future of Android.

Section VI: Deploying Your Android Application to the World

Chapter 6 is what every code-monkey needs because the business side is really the tough part. Once you have your project it is time to show the world. In their hands is your respect, reputation, and self-respect. So this book is there to guide in terms of the development process, marketing, presentation, selling, and making a bulletproof application. One of my favourite sections in this chapter is the Best Practices where it has almost copied verbatim the Don’ts of Application Development on Android. This is a must read before developing because “open platform” does not mean you can do whatever you like. With that said the book really explores the included API’s to their fullest extent and shows you some really cool possibilities.

After reading this book you will be well on your way to Android Application development. Readers must keep in mind that this book is meant to be used together with the reference documentation provided by Google and any other sources available out there. I suggest this book as a secondary step in the Android learning curve. The first step being learning the Java langauge, terminology, and conventions (I recommend Java for Dummies, no joke). I give the book a triple thumbs up because it really adds to the Android Development process. Reading through some of Google’s documentation can prove to be difficult at times, this book clarifies and simplifies it for even beginners.