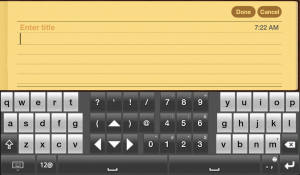 When we made mention of SwitftKey’s new tablet optimization, we didn’t want the smaller developers to be forgotten. Beansoft has had a tablet optimized keyboard available for months now. So naturally, we at AG wanted to put it through its paces.

I’m a huge fan of virtual keyboards. In my opinion, it’s one of Android’s greatest assets. The assortment of virtual keyboards is pretty significant, and growing daily. Unfortunately, not all of our devices are the same shape and size. Tablets are on the rise, and the 7″ tablet keyboard probably won’t be as functional on the 10″ tablet, and neither of those probably work so well on our phones. For example, I love Swype on my phone, and on the Galaxy Tab (in vertical orientation). But when I use my Galaxy Tab horizontally, I don’t like it so much. Fortunately, like all things in the Android community, it was only a matter of time before someone clever came along with a solution. Thumb Keyboard is, for me anyway, that solution.

Spanning a virtual keyboard across the length of a 10″ tablet is just plain stupid, yet you still need a way to type. When you have to set the tablet down in order to two hand type, something is wrong. What other options are there? The guys behind Thumb Keyboard have solved the problem by splitting the keyboard up and placing half on the left and half on the right of the screen where letters can be reached with just your thumbs. For tablets, it really makes the virtual keyboard usable. For the phone, it creates an almost ergonomic look to the keyboard, leaning the keys towards your thumbs in landscape mode. 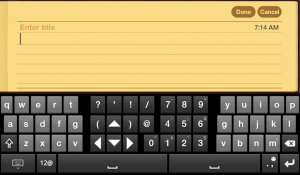 The next feature that sets this keyboard apart is its themes. There’s are only a handful to pick from right now, but personal adjustments like this really make anything you do in Android even more successful. Appealing to the mod﻿der community with the ability to theme any keyboard is usually a good idea. The current themes only include a Gingerbread themed keyboard and a black and white keyboard, but the developers are constantly updating the app. 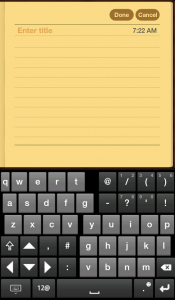 The vertical keyboard, while incredibly useful on tablets, is actually a little difficult to use on phones. Personally, a vertical keyboard on the phone is a one handed experience. The stock experience for Thumb Keyboard breaks the keyboard and number pad apart, which while perfect for two handed use, doesn’t work for me. Fortunately, Thumb Keyboard has layout options for one handed users as well, and allows for a keyboard that nearly everyone can use.

Customization is the key that makes Android a great operating system. Personally, it’s this level of detail in an app that I wish we saw more often. More and more users are given the “beta experience” and while it may eventually grow into a proper app with a ton of features, the lack in the beginning can often turn users away permanently. For $1.32, Thumb Keyboard is more than worth it. In my opinion it is a complete thought with much more on the way, and it’s being supported by developers eager to continue innovating. Grab your copy from the Android Market, today! 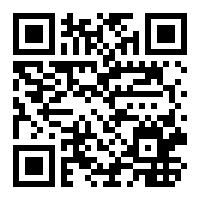