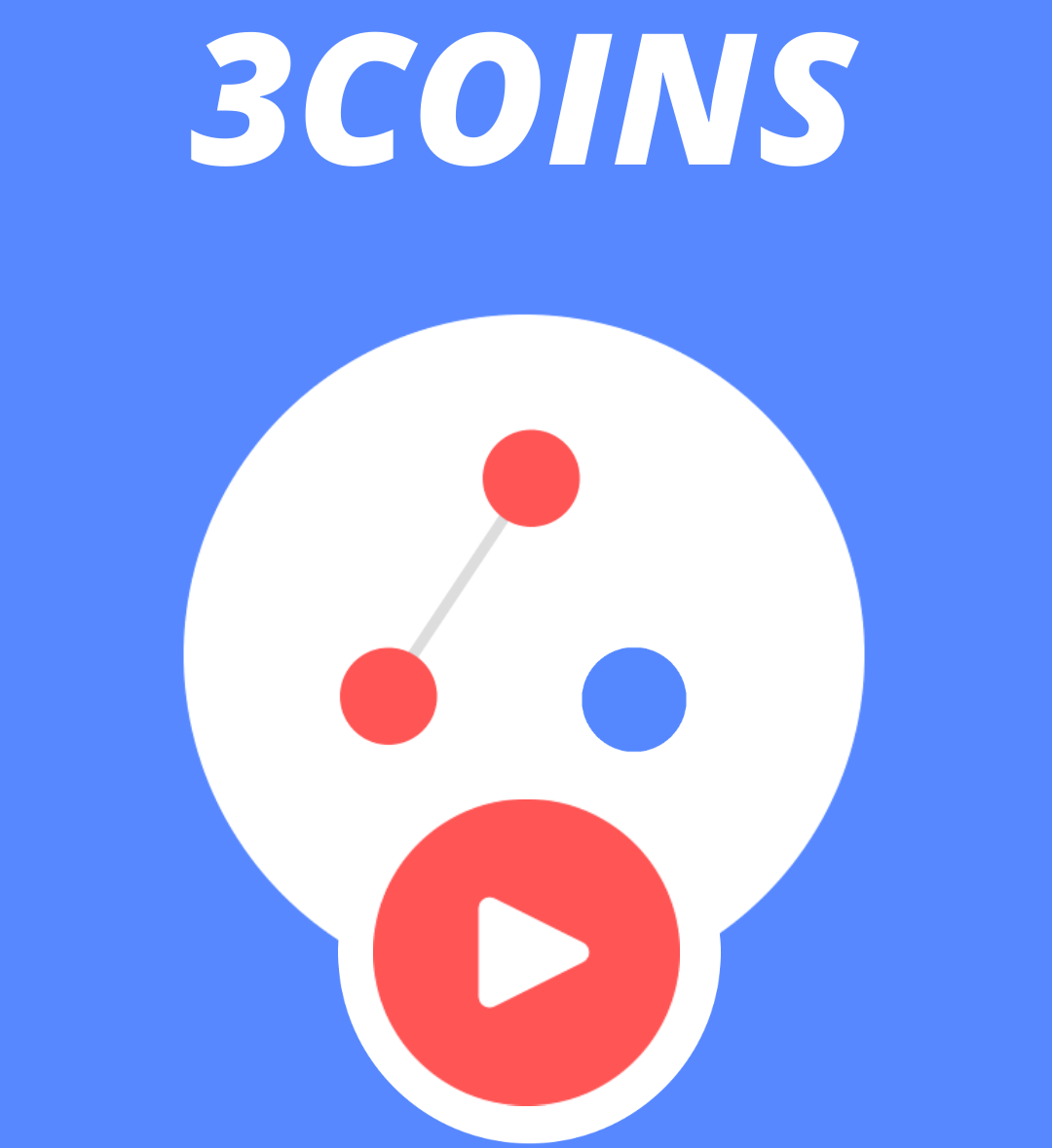 One of the joys of mobile gaming is the ability to open it right up in the palm of your hand and get started. 3Coins is one of those games you can jump right into in and start playing in under five seconds from the time you launch it. The strategy of it is what caught my interest right away. 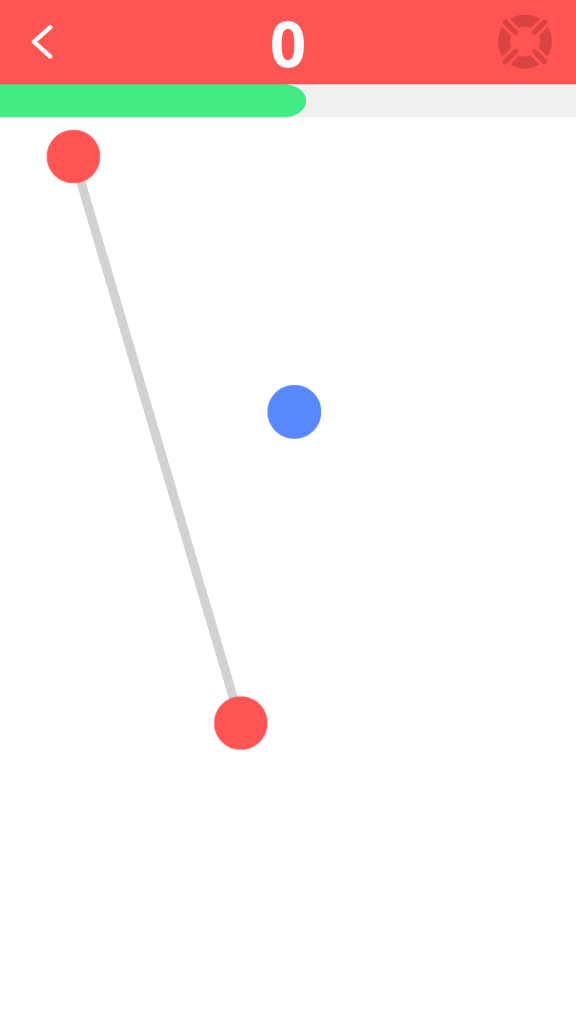 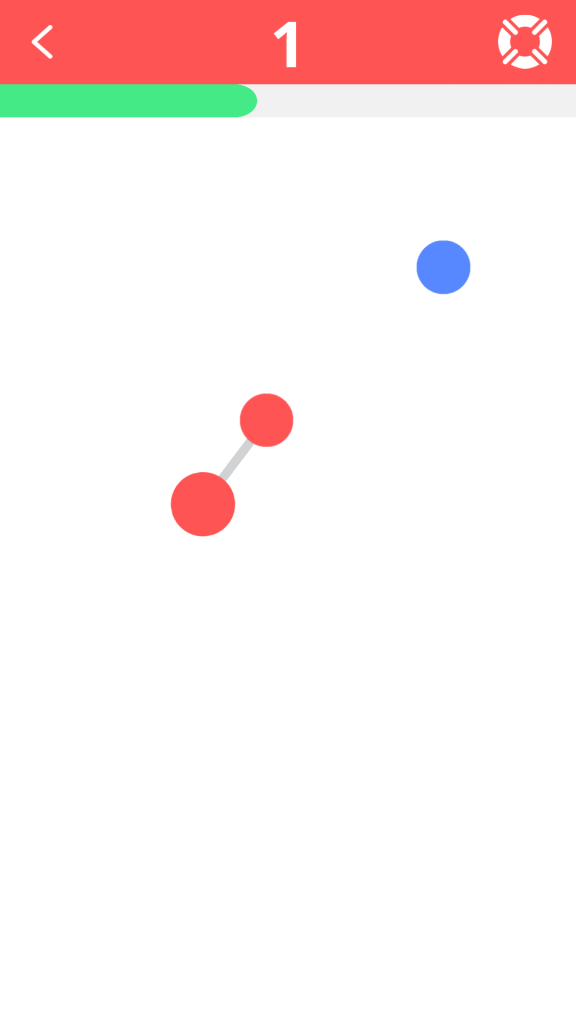 3Coins is a game that uses your phone’s full screen as an open white field containing three circles; two red and one blue. The objective is to shoot the blue circle in between the two red ones, which are connected by a line. To shoot, the player must pull back on the blue circle like a slingshot and release. The player will get a point for every time the blue circle passes through the connected line of the red circles, either on the same try or the next shot. The circle will also get bigger for every time it passes through the line on the same shot. The player can lose the game and have to restart if they don’t pass through the line at all on a shot.

Typically, I was getting 1-2 points per shot and losing around 6 points in. This was because the red circles would either become too close together or aligned in a way that was near impossible to make the shot. This is where the real strategy comes in.

The red circles do not randomly change position every time you make a shot. Where the blue circle ended up after you shot last is where it turns into a red circle, and forming a new line. So if you get good at this game, you’ll want to strategically place your shots that won’t screw you over the next round, like the picture on the right.

Google Play Games is integrated into the game, allowing the player to save their high scores to the cloud and view online leaderboards. With a high score of 18 for me, I was no where near the top. A total of seven achievements are included with the game too, which are fairly hard to get, as I only “achieved” one of them. While there are some games out there that I truly care about saving my progress and scores across devices, this is not one of them. It doesn’t need to be either. 3Coins is a simple game on purpose, and not one I currently care to brag to my friends about.

3Coins provides a fast-paced experience that can either be played for fun to pass the time, or used to implement strategy and gain the highest amount of points possible. It is by no means a slow game, as you are being timed per shot. Keep shooting before the time runs out.

3Coins can be downloaded for free on the Google Play Store