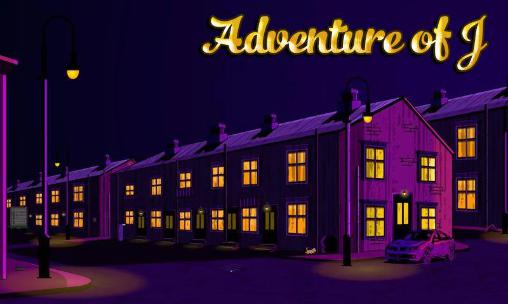 Escape the Room games were a hugely popular genre of puzzle games back in the day when Flash games were all the rage on computers. Your goal was to find clues and items scattered around the area that allowed you to solve puzzles to ultimately escape from a room or collect a treasure of some sort.

There are still several popular games in this genre available on mobile devices (The Room, 100 Doors) and several developers that are devoted to still making some great escape puzzles. Unfortunately, an Android game we’re reviewing, Adventures of J, is overloaded by ads and is plagued by some serious issues that prevent it from being a great game.

Adventures of J is a story that starts off with a boy trying to rescue his kidnapped dog, which then turns into preventing a bank heist, a treasure hunt, and many other adventures across the 12 chapters of the game. You’ll find yourself exploring every nook and cranny of the game world to figure out how to advance through the many puzzles in this surprisingly long game.

To start off, in order to play Adventures of J, there is a mandatory install of Adobe AIR from the Play Store. After the installation of AIR, you relaunch the app to be greeted by a loading screen, followed by a second loading screen specifically for an unskippable, full-screen ad. 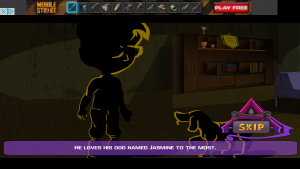 Once you’re in the game, it starts out with a painfully choppy cut scene. I’m running this game on a Samsung Galaxy S7 Edge, so there isn’t any reason why it should stutter as much as it does aside from a serious lack of optimization from the developer.

The cut scenes themselves are riddled with many grammatical errors. The animation is stiff and dated, showing just how far we’ve come since the days of heavy reliance on Flash. Characters have awkward movements, gliding across the floor on legs that are perpetually straight and move at various speeds. There is a plot, but it doesn’t matter heavily to the playing of the game, which is good because it’s fairly nonsensical.

The gameplay is what you would expect from a game of this style. You navigate to different screens tapping on objects that will either display some part of a code that needs to be entered somewhere, or that will give you an item, such as keys or wrenches, that allow you to open desk drawers, chests, and doors to more rooms.

As for the puzzles themselves, most of them are pretty straight forward. You might find a playing card that has four different colored circles arranged on the back, and somewhere nearby you’ll find a computer screen with four colored circles that you’ll have to arrange to match the card.

Most of the puzzles are this easy, but there are a few that had me scratching my head, particularly the more elaborate sliding puzzles, where you’re given a grid full of images and you have to slide them one-by-one into place, being careful to not mess up other parts of the puzzle.

The most difficult parts of Adventures of J are the lack of saving progress and the advertisements. J has 12 chapters and allows you to start at the beginning of each chapter, but every chapter is between 30-45 minutes long. This could be remedy easily with a few checkpoints throughout each chapter or a quick save feature, but as it stands now, even if you were just minutes from the end of a chapter, you’ll have to start at the beginning of it if you don’t finish. It happened to me once or twice and is very frustrating.

To add insult to injury, there is an ad banner that runs at the top of the screen constantly and every 5-10 minutes there is a full-screen ad that pops up, forcing you to pause the action for a minute to sit through a video.

There is a walkthrough button conveniently placed at the bottom left of the screen at all times which leads you to a website that has a video walkthrough. On this page are links to other games from the developer and a few ads, but the kicker is there is a 10-second timer that counts down before the walkthrough video is displayed.

Between this, and the constant ads running on the top of the app at all times, and the full-screen unskippable ads that run every few minutes, it becomes quite clear this app is mainly just a money grab disguised as a mediocre game with dated visuals and gameplay.

If you are a die hard escape game fan, then maybe you will get some entertainment out of this. With 12 chapters each about 30 minutes long, you’ve got a lot of content, but with easy to solve puzzles and a sea of constant ads, Adventures of J is more annoying that it is fun. If you’re looking for a fun puzzle game, you should look elsewhere.