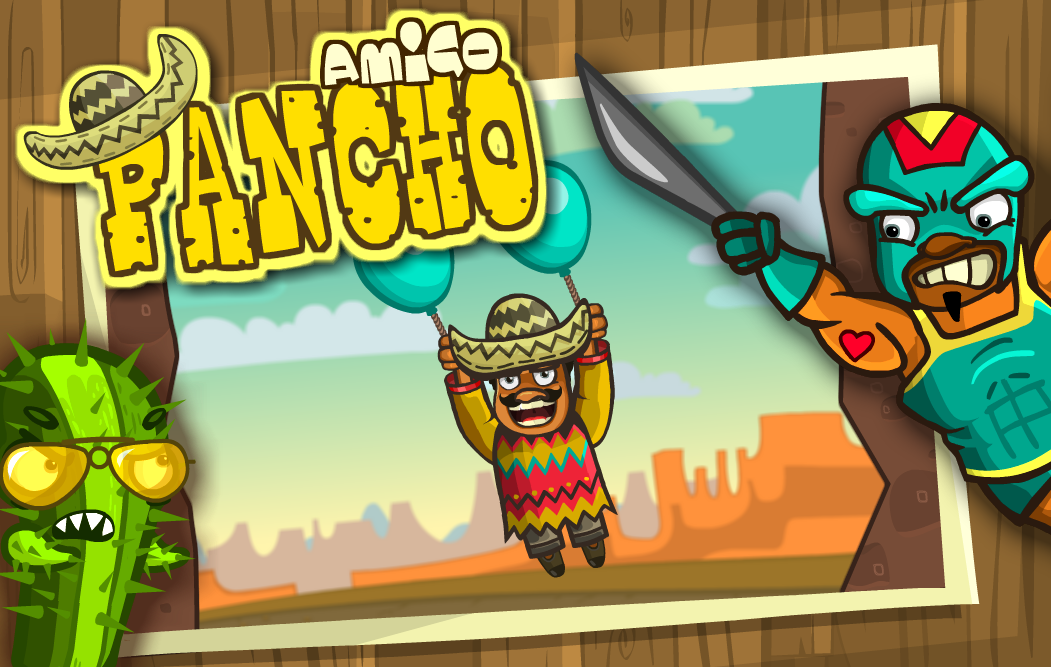 In Amigo Pancho you  play as Pancho, an adventure seeker who flies above high places by grasping  on to only two small balloons. A puzzle adventure game almost seems unrealistic, although that’s exactly what you get with Amigo Pancho. Pancho with his two blue balloons hangs on for dear life as he avoids swordsman, cacti, bees and a variety of other obstacles. In order to free Pancho and advance, you have to erase, rotate, blow, burst, move and think your way  soaring to the mountain tops. 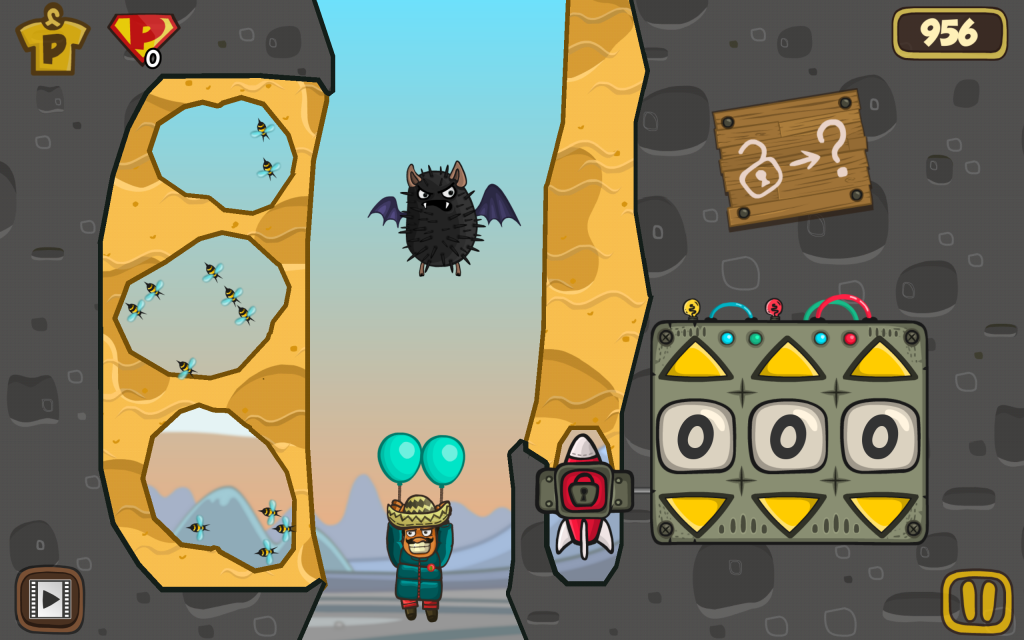 Amigo Pancho is rated “E” for everyone. What is great about the game is that it’s fun, addicting, colorful and challenging. Yet, it’s simplistic enough for young and old users alike.

After playing Amigo Pancho for the past week and a half, I have become a huge fan of the sombrero wearing balloon hanger. Before this review, I had never heard of the game, but after doing some research there is a huge library of gameplay videos on Youtube and shows that this title is a fan favorite.

Amigo Pancho is puzzling, fun, and addictive. I enjoy that you are challenged to think and make careful decisions in a manner that you aren’t even aware that you’re thinking. Amigo Pancho is fun for all ages, appealing graphics and is a great game for casual gamers  who game-play in bursts.