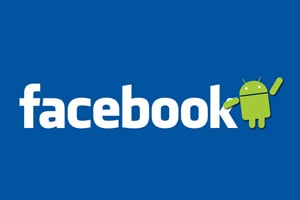 Android owners have been waiting in the wings for an official Facebook app for almost a year now, and even though the iPhone had an official one almost instantly, up until a week ago the only options we’ve had been Bloo and Babbler. While both Bloo and Babbler are great Facebook apps, their main detractor is that they both cost money. If you’re a cheapskate like I am, you’re probably willing to give this app a try. But is it worth it? Is the official Facebook application worth your download data and time?

Before I delve into the application, I’m obliged to explain that this might not be the official Facebook application. The app’s page on the Android market states that the app is â€œFacebookâ€ by â€œFacebookâ€, but the non-official email address and lack of confirmation from Facebook itself means this could just as well be yet another imitation. EDITOR NOTE: Prior to publication of this review, the debate over whether or not this was an official app seems to have been settled.Â  For further reading on this subject, check out Androinica’s take on it.

[quote]When you first open up the application, you’re greeted with your Facebook feed, with all of your friend’s statuses, wall-to-wall conversations, and annoying-â€œWhat periodic element of the halogen class are you?â€-style quizzes intact. It’s very barebones, though; your status bar is at the top of the feed, right below the Facebook logo & bar, so you can update your feed right away. Other than that, the page is pretty clear. Even more so than the mobile site. It doesn’t change in landscape either, although it’s nice to know it’s supported.

To change from the news feed to another section of the site, you have to press the menu button and choose between your wall, uploading or taking a photo, logging out, or changing the settings. There’s also the refresh button, in case you feel the need to check Facebook multiple times in a minute. The settings section allows you to modify settings that are similar to the official iPhone app (which leads me to believe this might be official) as well as LED and ringtone notifications.


One of the biggest problems with the app is how limited it is. Although you can click on anyone’s name and see their wall, there are really only two pages for you to access; the wall and the feed. The app doesn’t have an inbox, which frankly, is ridiculous, but it will notify you of messages and take you to the mobile site inbox. You can ‘like’ and comment on anything you want, but rather than extending the post, the app redirects you to a new section. The â€œupload a photoâ€ menu item will simply take you to your gallery to select a photo, but you can only upload photos to your Mobile album. Clicking on a photo you see on a wall or the feed will open up the browser, along with any notifications you receive.

Aside from the fact that you can update your status from pretty much any page, there’s really no upside to this client. The mobile site does much more much better, and if you feel the need to download an actual app for Facebook, and you’re willing to part with a buck or so for convenience, you can download Bloo or Babbler.

For more on the comparison to the iPhone version, check out Juan’s take. He talks about the app being a 1.0 release with plenty of opportunity.