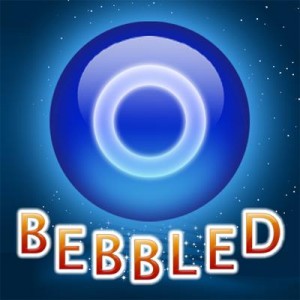 Bebbled, a game that has been around in the Android Market for FREE since October, recently appeared in the Featured App’s section. Due to its increasing popularity it is only proper that AndroidGuys take a look and have their say, and a lot of good we have to say.

After being completely sucked into the game for the past two weeks of Christmas I can honestly say its greatest feature is how addictive it is. ManyÂ  nights I sat up in bed while the wife would be carefully watching and every time I couldn’t beat a level she’d say, “Hand it over here, I got this, how do you not get it?” The object of this game is similar to those who are familiar with the old Palm game Bubble Breaker; an addictive mobile game in its utter simplicity. You have a screen full of colored balls in rows and columns which can be tapped on to create sections of same coloured balls. The second time you click on that section the balls “break” and give you points depending on how many balls were broken at once. The developer takes the classic ball breaker game and adds their own spin on it including challenges, field/phone rotation, and even a special XMAS Edition. 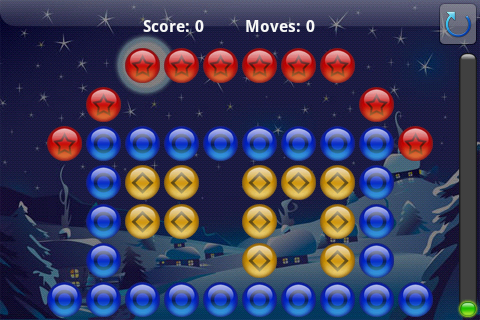 The game starts off with music that is very similar to a good old Sousa march. The game uses levels to progress with each level requiring the player to beat the level in a certain way. This is what makes the game addictive because the challenges make you feel like you have something to prove. What also takes advantage of the Android Platform and Hardware is the inclusion of “field rotation”. Field rotation is when you rotate the phone to make groups of bebbles that were not available in the orientation the phone was in previously. The performance of the game is top notch and runs smoothly even on the slowest Android phones. The only thing that could make this game any better is online play. Guess what? It does! The online play is an “I’m better than you are” type game. You compete against other player’s scores to see if you can beat what they got on a particular level. Online play includes rankings and online chat as well. Visually the game gives a fun and professional look that is rarely seen in a lot of Android apps and games. I give the game two thumbs up and recommend it to those that are looking for their next addictive Android game to kill time. 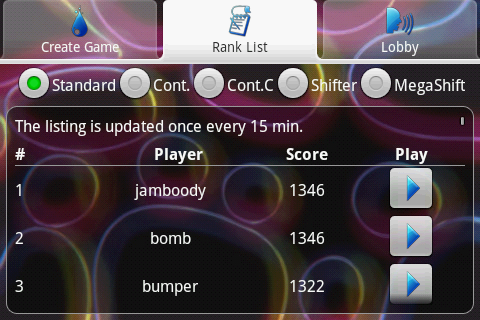 I also had the chance to speak with the developer Nikolay Ananiev who answered some key questions that give us some insight into the mind of an Android developer. His answers show us why they are better than the developers of other platforms and why Android is rising to the top.

What made you decide to make such a well designed game free?

Currently, I can’t sell in the Android Market, because Google Checkout does not support my country (Bulgaria). Of course, I knew that before even started to develop Bebbled, but couldn’t resist to stay away from Android. I think that in 2010 the Android Market is going to become a very important place for mobile developers. I wanted to be part of this huge success and decided to create a high quality game and release it for free. Probably, my future products will also be free, using some kind of cross-promotion to make them popular.

What are some of your other Android projects, if any?

Bebbled is my first real Android product. At the moment, I’m working full time on developing Bebbled 2. Bebbled 2 will feature 2 additional game modes, real-time multiplayer of up to 4 players on a single board – internet games and local ones over Bluetooth (if you have Android 2.0+), new single player campaigns, special bonus types, and many small improvements.

I also have an idea for a completely new casual game, but I have to build a prototype first to see if it’s actually fun to play. The good thing about the Android Market is that you can release your prototype for serveral days without any approval process and see if the users like it.

What’s your story/background with Android?

I have been developing for Android since May 2009. I got excited about the platform, because it is very different from Symbian and iPhone OS. Symbian is a very old OS with tons of legacy code behind it and the iPhone OS is compiled out of many different Mac OSX libraries, which feels like clutter. Android, on the other hand, felt just right – an OS created for mobile devices from the ground up without any restriction and making use of a decent programming language. I saw the potential and decided to dive in. As for the future, I think 2010 is going to be Android’s year and the Android Market will see a huge growth. This will make it harder and harder for single developers and small companies to penetrate. My strategy for the new year is to create a strong brand by producing quality software and releasing most of it for free, so it can compete with the new developers and companies that will enter the market.