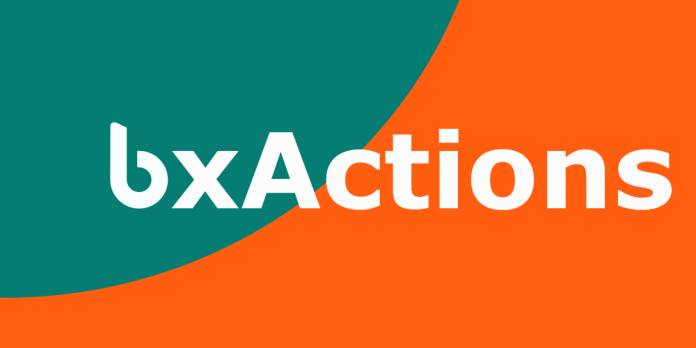 You know that button below the volume rocker on your Samsung Galaxy S or Note phone? You know the one I’m talking about, the one that you never press because all it does is open Bixby.

What if I told you it was capable of so much more? What if it allowed for multiple shortcuts using single press, long press, and double pressing? What if it could open any app you wanted, including Google Assistant, and more?

It might sound too good to be true, but it’s not. Thankfully, there is a talented developer out there who gave us Bixbi Button Remapper – bxActions which transforms the worthless Bixby button into the most useful button on your phone.

In order to take back control of your Bixby button, you’re going to have to hand over certain permissions to bxActions. It might look a little complicated, but don’t worry. The app holds your hand and walks you through every step with animated tutorials. It even ensures you that your data will not be collected and stays on your phone.

One of the best parts of bxActions is that it is 100 percent free to remap your Bixby button to Google Assistant. By default, it is set up to open Google Assistant with a single press. In fact, if that’s all you wanted to do, you could install the app and never pay a dime.

However, bxActions is capable of so much more. Even without paying to unlock the full app it provides you with several shortcuts to assign to the Bixby button. You can assign it to the home button, back button, phone dialer, notification tray, open any app, use it to toggle the flashlight or do not disturb, and much more. The amount of options is staggering. It even offers you the ability to assign shortcuts to your volume keys.

If you want to unlock the true power of bxActions then you’re going to need to do two things though. First, you’ll need to give it extra permissions through the use of ADB commands or a handy bxActions.exe file stored on your phone.

Typically, you have to use ADB commands to give these sort of permissions, but the developer went the extra mile and included the bxActions.exe in the folder on your phone. This made enabling full control of the Bixby button so much easier, and if you change your mind later the same bxActions.exe can be used to reverse the process as well. Honestly, I can’t commend the developer enough for making this process as simple as possible for all users.

The second thing you’ll have to do to get the full power of bxActions is to buy the pro version. While bxActions offers a lot of functionality for free, once you unlock pro it takes it to the next level. It adds features such as long press and double press, plus it allows shortcuts for launching Tasker tasks, enabling one-handed mode, taking screenshots, toggling split screen, and more.

For such a well-designed app and all the capabilities it adds to your phone that will be used several times a day, $2.99 is a perfectly reasonable price. I gladly forked over my $2.99 to support the developer for all the hard work he put into making this app.

It’s a shame Samsung would rather use this button to force Bixby upon us than give its users something useful. While Samsung recently added the ability to assign a shortcut to the Bixby button, bxActions goes far beyond and truly sets your Bixby button free.