The experience that is the Disney universe is usually broken up into very siloed experiences, usually based on character. If you (or your child) wants a dose of Mickey Mouse, there usually isn’t any chance of getting a bonus Cinderella cameo thrown in. Monsters University characters aren’t usually on-screen with Toy Story figures. And so on. 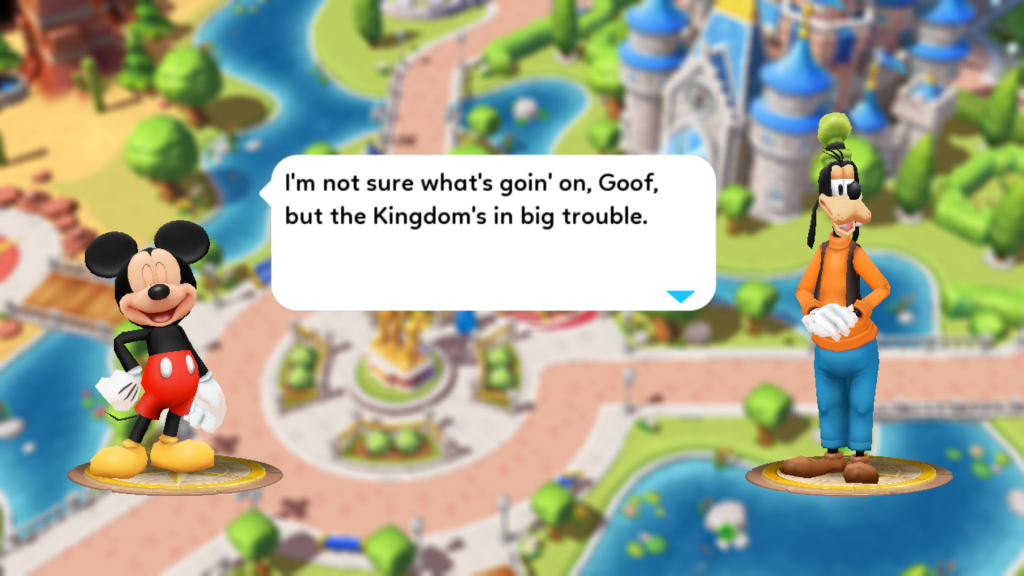 So, what kind of draw would be a Disney game with many of its characters from multiple Disney stories paraded through a single gaming story line, on your phone or tablet? If you’re my 6-year-old daughter, it would be Christmas in April! That’s pretty much what you get with Disney Magic Kingdoms. 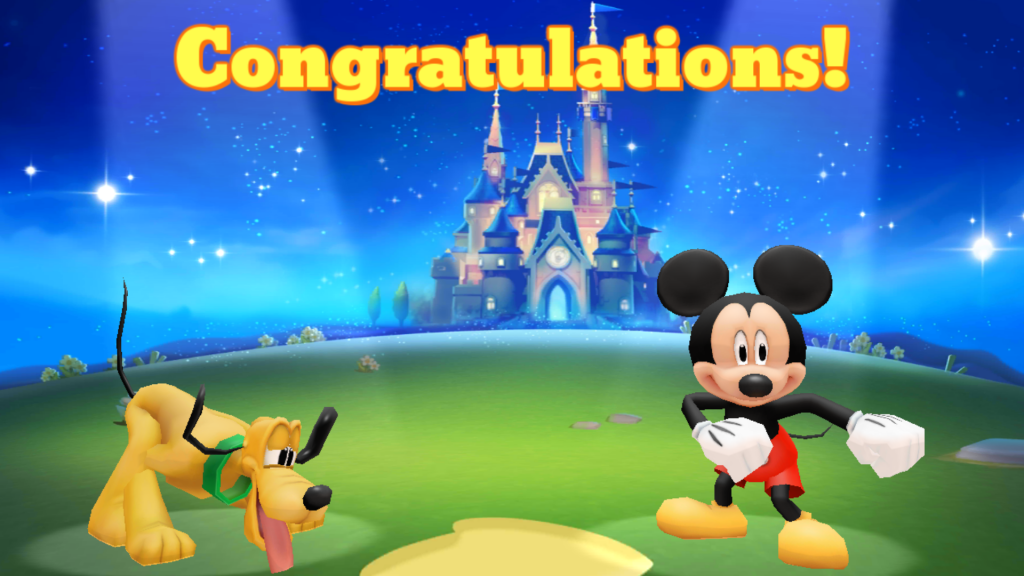 This game is essentially a very controlled-path role-playing game. The entire Disney magic kingdom is cursed by powerful evil, and it’s up to the main hero (Mickey Mouse, duh) to undo the spell step-by-step using collected magic and tokens, while releasing his Disney sidekicks, giving each a bit of screen time, along the way. If you ever played Super Mario 64 back in the day, the initial scene & animation looks an awful lot like that.

Playing the game, it honestly (and obviously) is meant to be geared to the grade school crowd. It’s very tutorial intensive (“push here!”; “swipe here!”) during the first several levels. But once you’re out of the initial stages, the game is generally pretty straightforward and simple for a youngster to enjoy. It’s pretty rinse-and-repeat as you go through the levels, but again that is exactly what it’s trying to be.

One thing that didn’t jive with the little-kid interface (and another noticeable nod to Nintendo) was the rather large amount of bubble text/dialogue one has to wade through with a series of clicks. Yes it is wordy, but the verbiage was also kind of intense considering the anticipated audience. My 1st-grader is a pretty good reader, but I need to stay close while she plays it as there is at least one word per bubble that she doesn’t have a chance in pronouncing. Plus the terms used are placed at (my opinion) important plot points, meaning if I let her just skip over them she would lose quite a bit of the story. It makes it difficult to simply allow her to play & enjoy the game in good conscience. 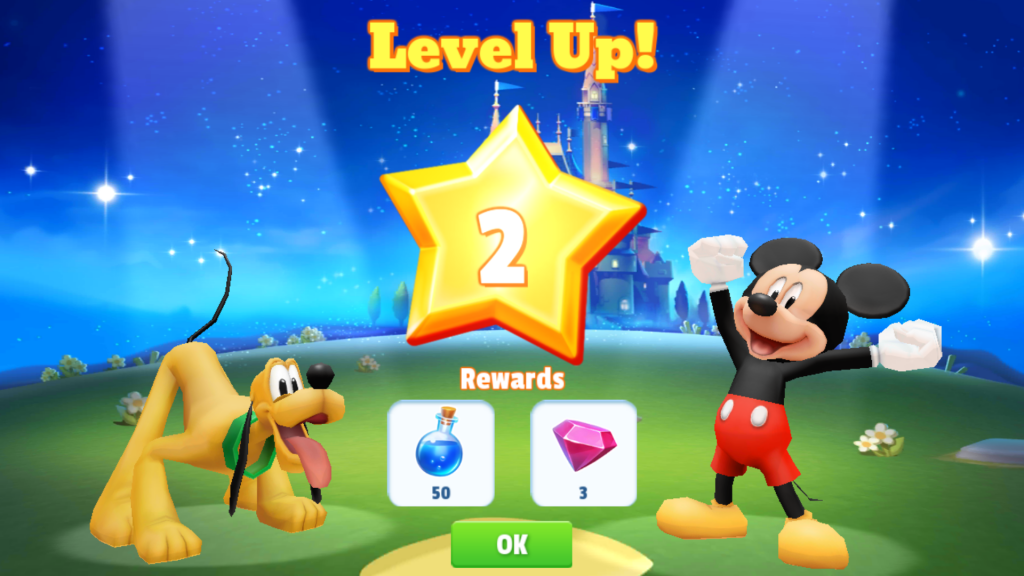 Here the game hits its high notes. Cutting to the chase, you get genuine Disney characters, animation, and background music throughout. This alone is probably enough to keep kiddos entranced for good long time.

What could use improvement:

This Disney game is  a winner, solely based on its authentic use of characters and music that have been proven winners with the kiddos for decades.  While the gameplay could use some more thought, it’s hard to argue the squeal my youngster makes every time she frees Goofy from an evil curse.