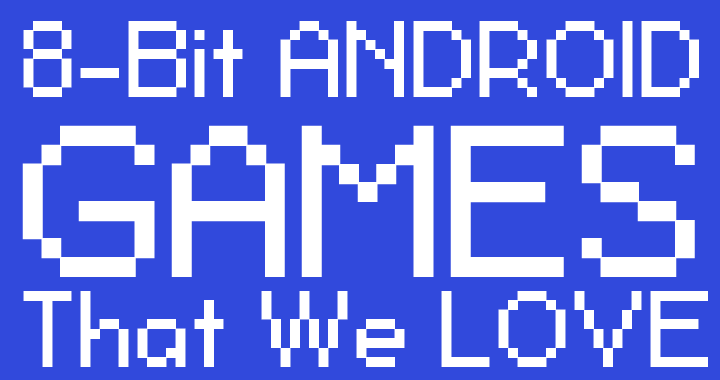 If you’re like us, then you are probably shaking out of a turkey-induced coma and getting back into routines and the normal life. For some of us, that means walking and not running off into the work week. To help get us return to the swing of things, we like to spend some free time casually playing some old school, retro games with them clunky old 8-bit graphics.

Face it, as much as we love getting into first person shooters and immerse 3D games, sometimes we just need a bit of ol’ fashion to feel better. Along those lines, here are eight titles that we have really enjoyed as of late.

We understand that there are hundreds of other games out there that you might like as much, if not better. If there’s an 8-bit game that you really love, please let us know in the comments below.

Stack ’em up high! Pile up blocks as high as you can in this challenging new tower stacking game, but be careful! The higher your tower gets, the easier it is to knock down!  Tap the screen to set the size of the block, then tap again to place it on your tower. Careful that you don’t knock your tower over, or it’s game over!

In this juicy ninja game, your goal is to survive as long as possible while avoiding waves of melons, coconuts, oranges, lemons and the ultra rare dragon fruits! Use your ninja weapon arsenal to blow the fruits into tasty pieces! Yummy! 8bit is not alone in his quest, meet his friends each with unique abilities!

The year 2135, the world is ruled by Corporations, humans are slowly being replaced by robots and machines, and the most powerful humans are now looking for ways to transfer their souls into robots, for eternal life. Fight your way thru four stylish worlds, surviving a large variation of different robots and machines that only have one mission, stop you from reaching your goal: save Dr Robotus!

Dazzling retro style 3D rendered artwork with glittering visuals and awesome sound effects. Flick, push, nudge and swing to save as many troops as possible. Think your way out of trouble by placing tools such as springs, springboards, fans and cannons.  Collect stars from a total of more than 60 stages to unlock five unreal worlds.

Hit the arcade and game-hop between 3 CHALLENGING arcade games based on the movie! Fix-it Felix Jr: Ralph wrecked it, now you get a chance to fix it! Awesome 8-bit graphics that pay homage to the classic arcade era. Climb, dodge and magic hammer your way to a high score!

Controlling the Pixel Cat, run the different levels as fast as you can while you collect all the bonuses on your path!  Your heartbeat will not resist the Rush! All you love in classic Jump & Run games stuffed into 5 minute sessions or in infinite mode, for those who have solid nerves and incredible reflexes!  Try both in 4 different challenging modes the cursed rush where getting a 100% score in 5 daunting levels will exhaust your nerves and your fingers!