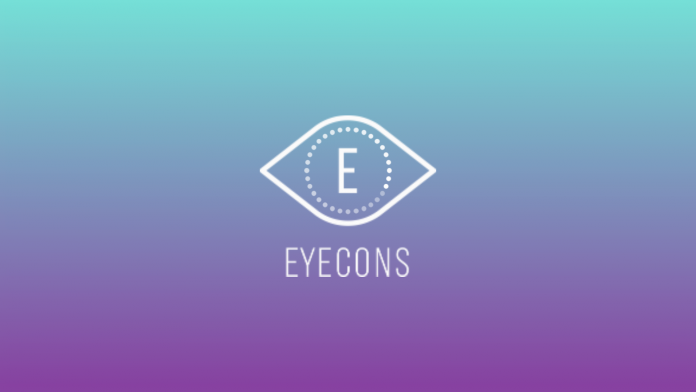 There are approximately 1 billion tile matching games in the Google Play Store. EyeCons is a a new 2-tile matching game that offers some unique twists as well as look & feel. It’s a great selection for all ages, as there is almost no text to get through. The game is actually a take on a board game of the same names from Hersch games, for you trivial buffs. 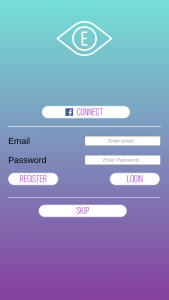 Easy enough; download for free from the Play Store. Once on your device, go ahead an open it…there is a screen to register via either your Facebook login or an email/password combo, but can also skip this step if you don’t want the social aspect to the game.
Once in you select single player and level 1 to get rocking. On this setup screen, though you can also see your profile (provided you’ve registered & logged in), adjust settings (sound & in-app purchases), shop for said in-app purchases, as well as a help/tutorial screen.

Eyecons is a pretty simple game to get rolling on. You are 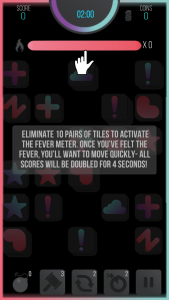 provided a screen full of stacked tiles, each with a unique icon-type of picture on them. The goal is equally simple: match any two like tiles by tapping on them. This makes them disappear and reveal the tiles below it (think Mahjong). Speed is key here; each level has a countdown timer, and your goal is to beat the timer to advance. But the game wouldn’t be complete without a set of power-ups and other available accelerators. 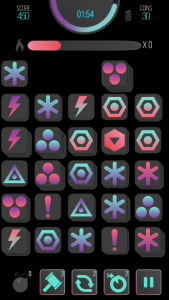 You accumulate these power-ups through good gameplay. You can also purchase these in the setup screen using coins either earned or bought using in-app purchases. The effectiveness of these power-ups was rather muted though; I found the effort to abort your focus on the tiles to hit a power-up almost wasn’t worth it…..I would prefer the power-ups to be more rare but also more powerful.
There is also a sort-of “turbo bar” that appears when you’ve matched a certain number of tile pairs. This bar allows you to earn multi-fold in coins with every subsequent tile match during its existence, but it depletes quickly so you need to max out your speed while this is up. 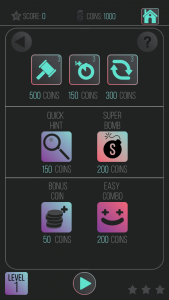 This area is a real highlight of the game, for two reasons:

EyeCons really dials this back; the music is constant but not at all intrusive (and completely mutable in the setup menu)…..and the sound effects upon tapping and clearing titles is a set of very simple ‘clicks’ and ‘boops’. In fact it almost sounds fickle to say that some sounds may be a little too subtle, as when you tap on non-matching tiles, nothing much happens…..I found myself re-tapping a couple of times occasionally only to finds that I was a little off on my matching. 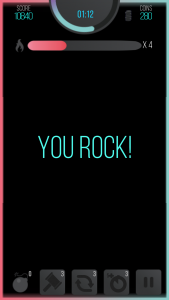 EyeCons is a pretty fun game to play: easy to pick up and learn, very re-playable, and not annoyingly loud or obnoxious in any way. I highly recommend this title for your Android!

Download EyeCons from the Play Store for free here.