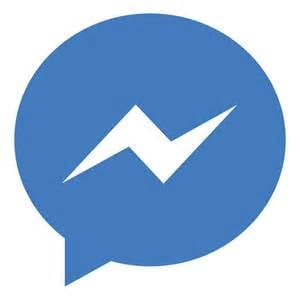 There’s a cool app available on the Play Store. It was born as an off-shoot of another popular app, a data-based chat app that allows the user of the parent app to communicate privately, one-on-one.
It has since become its own standalone app, and quickly became one of the most popular apps of all-time. It has also become its own platform, capable of allowing other developers to create functions, capabilities, and bots (!).

I know, I know; not exactly a new or emerging app the likes of which we usually review. But it’s also an app that has grown in it’s popularity and capabilities in such a short time, we feel that it deserves a new look at it.
Please note; I am not Facebook’s biggest fan, and I actually do have some issues with the way they operate sometimes. That said I do have an account, and do use Messenger quite often. Even with my qualms about the service, it does have some pretty nice features that do obviously make it quite attractive to users world-wide. Let’s take a quick spin through [what I consider] some of the most useful.

It’s likely you’ve at least tried Messenger before, so this step shouldn’t need much 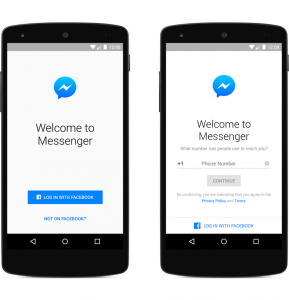 explanation. If you don’t use Facebook or just aren’t a fan, good news: you don’t need to even have a Facebook account to use Messenger. Just your mobile phone number will suffice. You download the app from the Play Store. Then either connect with your Facebook account or mobile number, and you’re in.

Boy, where to start with this one. The list is long and rapidly growing longer, so let’s go through (what I consider) the biggest features one-by-one:

This feature made some pretty serious headlines earlier this year. Messenger can now be 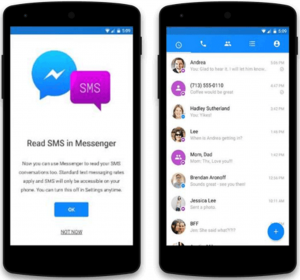 used as both your data-based messenging app and cellular SMS texting interface. No, it doesn’t physically take over cellular-based texting, but it reigns in all your incoming and outgoing texts into it’s interface, giving you a single app to open, no matter the message’s medium.
Conventional wisdom may object to this migration, knowing Facebook’s inherit desire to be know all the details of your web activity….Facebook itself has claimed that they pull no data regarding your texts back its servers; it’s only offering this feature [essentially] so you use or stay on the Messenger app that much longer. I guess it’s up to you whether you’re comfortable with that notion.

This one’s not a real novel feature, but it’s functionality it top-notch. While in the app, you can launch either your device’s front or rear camera to easily capture media for sharing purposes.

Nowadays not as much breaking-news, but again it works really, really smoothly (though note: this doesn’t work with SMS integration). Just by pressing the blue icon. I say ‘blue’, because it may be gray….this tells you that person isn’t available to take a video call at that time. Neat! 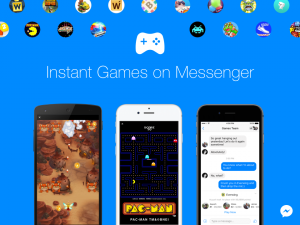 When in a conversation, just click on the little game controller icon and pick your battle. The list of games is pretty long, and Facebook states it will get longer in the short-term. While gaming has had a limited existence within Messenger in the past, Facebook has just this week released the hounds on the full-boat game offerings.
You can read more about this new feature here. 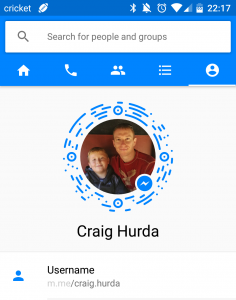 Similar to Snapchat, Messenger offers a tile with a scan-able code along with your immediate & pertinent contact info.

If you’re wandering around town and are trying to meet up with some friends, Messenger’s location-sharing feature may come in handy.

A Personalized Greeting (if you have a 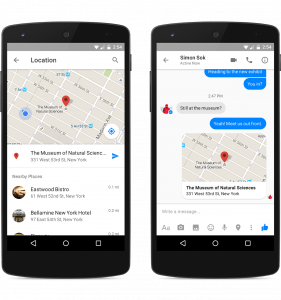 If you have a commercial account or page, Messenger allows you include a greeting, to show up when someone opens the app to send you a message. This is a great feature to setting the tone a customer (or potential one) experiences when interfacing with your brand.

I’m pretty surprised this one isn’t more popular than it is. Instead of leaving a phone message (and 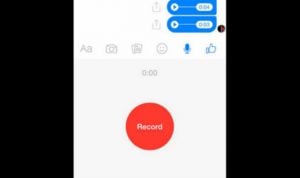 making your friend go through the arduous task of navigating cellular voice mail), you can simply hit the microphone button and leave a voice message right in the app. So instead of having to “dial-in”, the receiver can get a notification and press “play”.  Ahhh…it works so damn well.

Unlike traditional SMS (where my experience has shown it to be a total mess), Messenger handles group chats with relative aplomb. The main way they accomplish this is giving group chats their own tab, sorting them together instead of mixed amongst all your other conversations (particularly with individuals who also show up in the group chats). 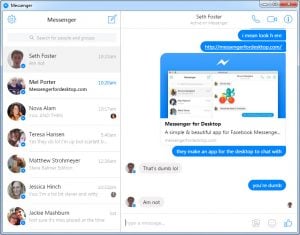 OK, this isn’t mobile-based, but I personally use it and it works well. Messenger.com will bring up a streamlined interface that works just like the mobile app; so you don’t have to keep going to your phone while at your desk during the work day (provided your employer is generally cool with this, of course).

Call an Uber. Or a Lyft. 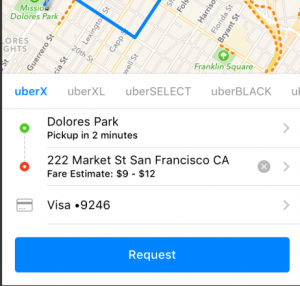 Right in the app is a menu option to “request a ride”. From here you can choose Uber or Lyft as your service of choice, and off you go….without leaving Messenger.

Within group chats, you can pin a specific thread to the top of your list, so it’s easy to find!

If you’re trying to get some work done, or have another obligation & don’t want to get sidetracked with a Messenger conversation, you can choose to ‘mute’ notifications from a particular thread for your choice of time (15 minutes, 1 hour, etc.).

…and Facebook doesn’t even charge for the service. While in a conversation, click on the “$” icon, select the amount you want to send to the person you’re chatting with, and enter your credit card info. Done.

Send your location (though not using Google Maps) 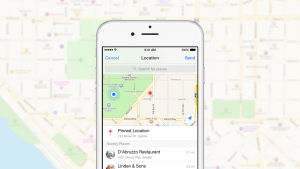 While you may not need this very often, if you do find your and your friends having trouble finding each other while out & about it may come in pretty handy. Simply click on your location, and your friend(s) will be able to view a click-able map to see exactly where you are.

Love it or hate it, Facebook has built a great feature set into a very well-performing app in Messenger. And combined with the crazy-big user base, it’s getting harder every day to justify not using it (or at least having it installed).
Hopefully you found some previously-unknown feature that will come in useful for you. Or, maybe, you may have found your threshold reason to give it a try. Let us know if you have any other must-try features in Messenger!