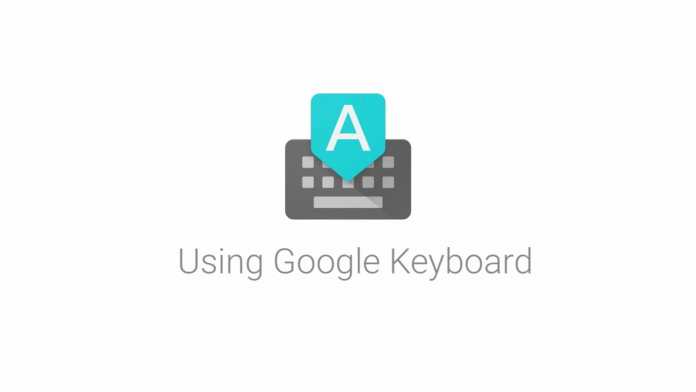 Third-party keyboards are an essential part of the Android experience. Throughout the years, our beloved operating system has given users the choice of using different keyboard apps if they didn’t like what their manufacturer provided. As is always the case, talented developers throughout the world have come up with innovative and useful ideas to change how we type in our tiny screens. Google has always had a solution, but it was either scrapped by manufacturers or only shipped with Nexus devices. The company then decided to introduce Google Keyboard to the masses, providing consumers a highly-performing, stock experience.

I will always believe that Android’s way of activating a keyboard is unnecessarily complicated. If you’re a newcomer to Android (welcome!) or someone who’s getting started in all of the benefits of the platform, you shouldn’t need to go through multiple screens looking for what you want. Modern apps make things easier and give you instructions on what you need to do, and Google Keyboard is no different, but a keyboard should be activated at the touch of a button, no more.

Anyways, Google Keyboard takes you first to a screen where you need to enable the keyboard from a list of your installed input methods. Android will show a very threatening alert, informing you that keyboards can capture your passwords and payment information (which they can, but that’s why privacy policies exist).

Then, you have to select Google Keyboard as your default input method. Finally, the app will give you the option of configuring more languages. Dozens of languages (and configurations within the same languages) are supported, so you’ll most likely find your method of communication in that list.

Being a Google app, Material Design is predominant in this rendition of Google Keyboard. There are no borders between keys, and the top row has little numbers above them, indicating that you can long-press them in order to type the number instead.

At the bottom, you’ll see keys for numbers and symbols, a shortcut for inserting commas and periods, an emoji key, and the spacebar. If you have selected more than one language, Google Keyboard will show a key for changing it (shaped like a world globe), and also its name inside the space bar. There’s also a dark theme, for those of you that still mourn the killing of black interfaces when Material Design was introduced.

From the moment you start typing your first words, you will notice that Google has put a huge emphasis on performance. This is definitely one of the most fluid keyboards you’ll find in the app store. It appears on screen and dismisses swiftly, and the few animations it has are really fluid. Compare its performance with SwiftKey, for example, and you’ll see that everything is faster and with less lag than competitors.

When typing, a popup with the letter you’ve tapped will appear. Unlike other alternatives, this popup does not hinder performance at all. Pressing the symbols icon will do exactly what you expect. Instead of opting for two pages of symbols or a similar solution, you can long-press a symbol and it will show a popup with alternative special characters.

Pressing the emoji button will take you to the emoji selection screen, where the ubiquitous icons are ordered by categories. The newer emojis introduced at the end of 2015 by Apple and Google through software updates are included as well.

Google Keyboard also supports swiping, which Google calls Gesture Typing. Instead of tapping the keys, Gesture Typing lets you slide your finger through the letters to form a word.

If you aren’t a fan of this alternative, nothing of what Google has done will entice you to use it. However, for those of us who rely on it, I have found that it is quite accurate, both in English and Spanish (my native language). The keyboard will show you a trail behind your swipe, and a popup will follow your finger with the word you are forming.

Google’s voice typing is also supported, and it’s as accurate as ever. I had absolutely no problems commanding my keyboard with either Spanish or English. Your mileage may vary, but I’ve always found this feature really precise for me.

Pay a visit to the options screen and you’ll discover that, contrary to other apps developed by Google, there are several options to choose from. For starters, and like mentioned before, Google Keyboard lets you change its color between Light and Dark. However, apps like Swiftkey and Fleksy offer more robust theme support.

Google also offers synchronization of your personal dictionary between devices using your Google account. Just choose and account and activate Google Keyboard Sync, and the juggernaut will do the rest.

Having Google decouple its keyboard from the core of Android was a great idea, since it lets the company constantly improve on it without needing a full system update. Unlike competition, Android has had support for third-party keyboards for years, so developers have built several noteworthy alternatives to the often ineffective solutions that manufacturers provide. Apps like Swiftkey, Swype, Touchpal and Fleksy offer more features and customization; on the other hand, Google has focused on providing a good experience with a high-performing keyboard, and it has succeeded.

How to change the Google Keyboard theme on your phone