The beauty of a to-do list app is its simplicity; general rule of thumb is that list making shouldn’t be overwhelming and clunky. Without a doubt, developer Appest Inc. has managed an effortless package. With the Play Store filled to the brim with various notes and task management apps all with varying styles, it can become ironically too tedious simply deciding which to utilize. GTasks takes the “no frills” approach to a whole new level; frills need not apply… We don’t wantcha here!

When initially entering GTasks, you are greeted with two different sync options: Sync with Google Tasks, or with another offering from Appest Inc. called TickTick (To-do list/planner). Select the path of your choice and you are immediately brought to a barren canvas to indulge your note-taking whims.

By accessing the settings, GTasks allows users to pony up for an ad-free version with the purchase of a key. This will also unlock premium features: Custom background sync, theming, security and batch adds costing users a flat fee of $4.99.

You want to stack a few errands? Make a shopping list? Itemize steps for world domination? With GTasks there is no fuss. One tap on the + icon and you are ready to type your goal. Plain and simple. Users, of course, have the ability to set a due date, prioritize and enable reminders.

As mentioned, GTasks syncs with Google Tasks — the standout feature and its namesake. With the ability to sync multiple Google accounts across your many devices, Google Task users will appreciate the hard work behind the scenes.

GTasks layout — implementing material design — is clean and without clutter.

Obviously, opinions will vary. After all, it’s literally just the digital equivalent of scribbling some notes on a piece of paper to reference later. So why would anyone care about bells & whistles?

It’s one thing to be straightforward, it’s another thing to be uninviting. In regards to an app that is meant to be used daily (and ultimately promote good organizational habits), it should evoke a certain amount of “feelgood.” GTasks falls flat here when compared to similar apps.

Granted, this is a review of GTasks but a lot of the desired features that are missing from the app on its own can be implemented by installing TickTick. This separate app acts as an overlay which enhances the standard experience with some limited theme options and other functionality.

However, if you wish to gain access to a second tier of goodies – Google Now era-inspired backgrounds for example – you will have to pony up $2.99/month or a more cost-effective $27.99/year.

To be clear, GTasks nails the intended function of compiling tasks. And again, if you already incorporate Google Tasks it makes for a good companion. However, there are an insane amount of apps offering similar life-organizing solutions, and in a lot of cases offering killer features without charging a dime. It’s not easy for me to wholeheartedly endorse an app that holds so much back requiring users to spend money for options attainable in free alternatives. 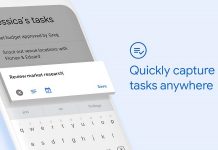 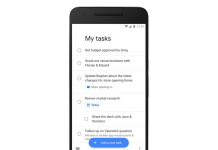