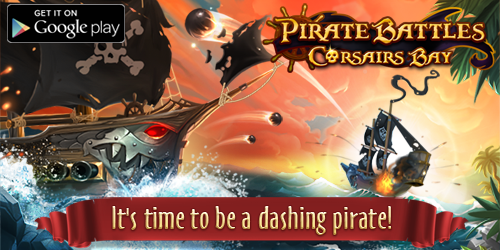 Herocraft, a Top Developer in the Google Play Store who created titles such as Ice Rage: Hockey and Zombie Derby, recently took to the seas with their new multiplayer turn based strategy game Pirate Battles: Corsairs Bay.

To get started, select the Google Games account you would like to use for the game. Once selected, you have the option to connect via Facebook to invite your friends to play along in multiplayer mode.

In Pirate Battles: Corsair Bay, you get the opportunity to be the venomous pirate you always wanted to be. The turned based strategy is engulfed in epic sea battles tactical twists and plentiful treasure hunts where you can collect bling-bling. The game has 4 different battle types, 6 pirate ships and 100 levels not including bonus levels.

[blockquote author=””]Use all your pirate cunning and strategy to build your own fleet, scuttle your sea-faring enemies and create your own impregnable pirate empire in Booty Bay. [/blockquote] When all the thievery and battling has worn you and your shipmates down you can always chillax  in paradise.  Oh, but don’t chill for too long because while you’re relaxing other patch wearing pirates crews are getting stronger wealthier and more than likely will contest you for your land.

Beware of unexpected battles where monsters randomly appear giving you seconds to triumph over the attacks.

Once you opt-in to connect to Facebook, you get an added bonus. You get to invite your Facebook friends to join your crew or play against you as rival a pirate. The Facebook multiplayer gives the game a new level of fun and intensity because no one wants to lose their social media bragging rights. 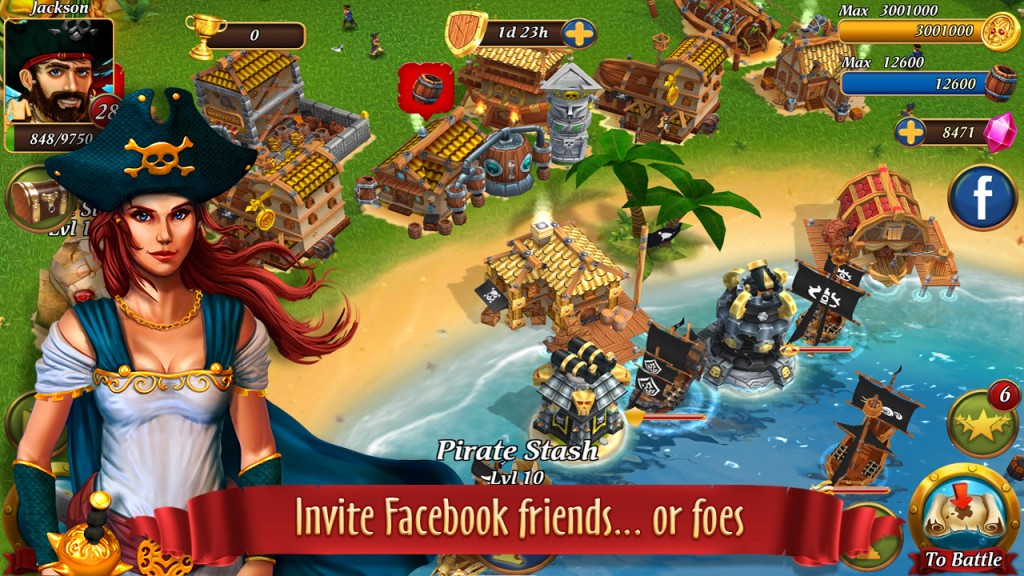 Pirate Battles: Corsairs Bay is rated E for Everyone 10+. This strategy game is for methodical thinkers, planners, pirate lovers and those who enjoy back and forth gaming banter.  To reap the benefits of this intricate game, you have to devote time in the game building your ships outsmarting  other pirates and serving the smack down to your friends.

After spending hours playing Pirate Battles: Corsairs Bay, I enjoyed the level of thought and creativity that the developers devoted to making the game fun, challenging, and unique. The game is similar to titles like Clash of Clans and the multitude of build and defend games.

With that being said Pirate lovers, strategists, and those seeking new titles to play with friends might be interested in giving Pirate Battles: Corsairs Bay a try.