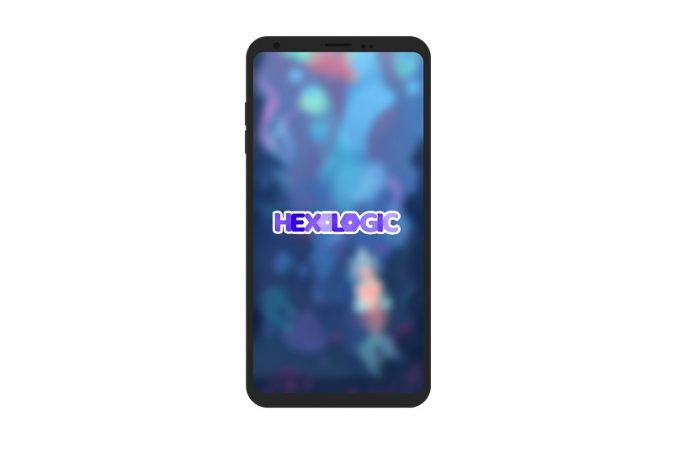 Most of the times we play a game on our Android device, so we can relax and take our mind off things. Simple games like Cooking Madness or Candy Crush are a great way to tune out the daily noise, but what if you’re looking for something more challenging? Something that truly puts your mind at work?

Well, today we’re taking a look at Hexologic, a game that will challenge you to think differently, imagine and solve ever-changing problems that won’t allow you to get used to them and fly on autopilot.

Hexologic is a game developed by MythicOwl and costs $0.99 to download from the Play Store.

The game doesn’t offer a tutorial, but the gameplay is simple enough, so you won’t have to do much guessing.

First off let me tell you that Hexologic has a very calming overall feel. It features nice, soothing graphics in pastel colors that allow you to concentrate on the puzzles at hand. Although, they tend to be a little repetitive, boasting the same vibe throughout the entire game.

On top of that, you also get some nice ambient music thrown in, so for a moment, you might think you’re in a meditation app instead of a game.

The premise of this Sudoku-inspired game is pretty straightforward. It’s all about hexagons! You’ll need to combine the dots inside the hexes in three possible directions so that their sum matches the number at the edge. 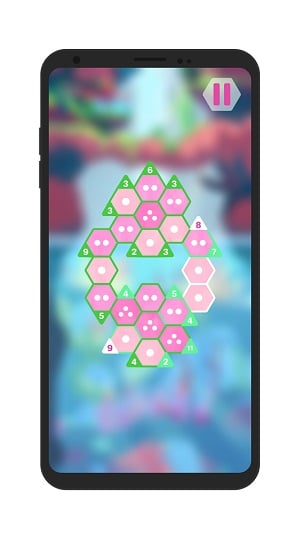 As with any puzzle/logic game, the level starts easily enough, and you’ll find you can go through the first 10 stages quite fast. But by the time you hit level 30, things get a lot more complicated.

For example, more advanced levels feature linked blocks, so when you change the value of one of these hexes, others with the same colored outline will also automatically get the same value. Which means you’ll have to adapt your whole strategy based on that. 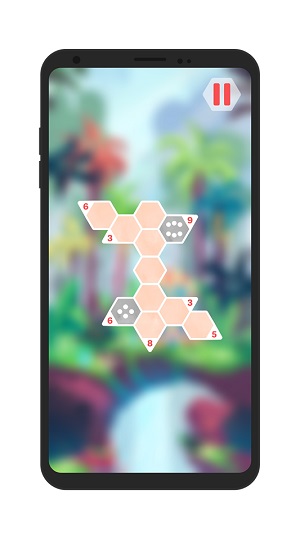 Alternatively, some tiles have numbers of them which you cannot change. Their value can larger than the three dots you’re normally allowed to add in the empty hexagons.

There are 60 levels in total, which are broken off in four worlds which have their own, unique gameplay mechanisms.

Unlike other puzzle games, Hexologic doesn’t have a timer. So you can take your sweet time completing the levels. Interestingly enough, there are no repercussions for incorrect moves, so you’ll never have to start from the beginning if you make a mistake.

So in that sense, the game poses no real challenge. But the satisfaction of knowing you’ve mastered the complete set of 60 levels is in itself a goal. 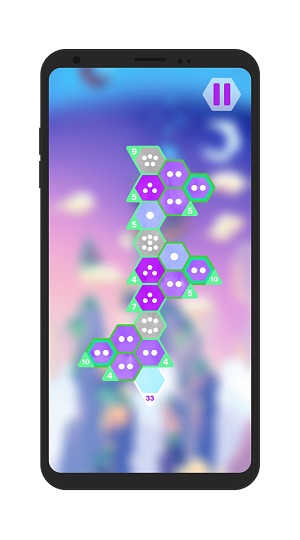 Additionally, the game has no real replay value. Once you’ve figured out the levels, there’s nothing else much to do. Yes, you can unlock certain bonus stages, but they are not so very different from the standard levels.

Honestly, Hexologic ends way to quickly – you could finish it in one day if you have a few hours to spare – and I think the game could have used a little bit more variation when it comes to gameplay. For example, it could have included a timer, as to prolong gaming sessions. 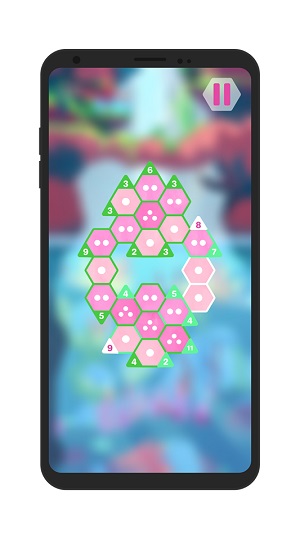 Hexologic is a fun and addictive puzzle game, set in a beautiful world. Yet, it feels a bit minimalistic when compared to other games in the category. You can complete it in a few hours, but again, that’s probably something that casual gamers will appreciate. After all, most of us don’t have the time to spend countless hours playing games.