Ever get depressed that you don’t play much sports these days with all this technological revolution and web 2.0 stuff? Hoccer has the best of both worlds. After downloading this app I immediately had the wife download it as well, pulled her outside, and began pretending Hoccer was some kind of game. Well it’s not so much a game as it is a way to “share your data using intuitive gestures” as ART+COM Technologies would put it.

Had you not noticed already the name of the app is a play-on-words with an ad-hoc network and the action of throwing. The app uses an ad-hoc network, a network that does not have a base station, to send and receive data with people nearby. It works through two gestures that are currently supported which are throwing/catching and sweeping. To throw selected data you physically pretend you are throwing your phone (hold on tight) and then the person at the other end holds up their phone as if to catch it. Sweeping simply requires you drag the file from one phone to another in a sweeping motion. For a complete demonstration of the app watch the video below.

I was quite impressed that it supports transfer of all files, data, and media types that you have on your phone. Although I am not sure of exactly how the service works technically I found that it did not always work while inside for some reason. The moment I stepped outside me and the wife we’re “Hoccing” photos and files back and forth like we were playing baseball. This is one of those apps that you wish came pre-installed on everyone’s phone because it is so useful. I imagine the day when it is such a popular service that I’m doing a presentation and I need to distribute notes to the audience and so instead of wasting paper, time, and money I just throw it out to everyone. An extremely clever app that is bound to impress you. Go try it out now for free from the Android Market! Did I forget to mention it was a winner of ADC2? 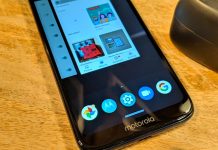 Motorola’s gesture navigation is fantastic; here’s how to enable it 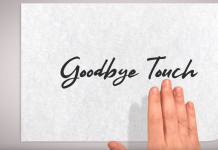 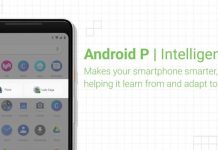