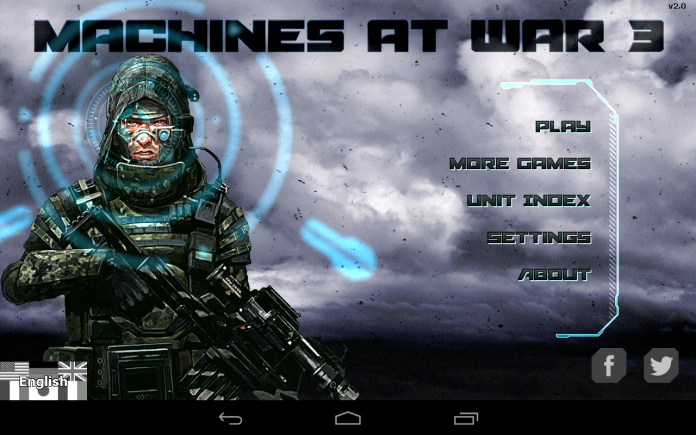 Machines at War 3 is a recently released strategy game for Android by developer Isotope 244. It’s a game with a futuristic/mechanical feel that features a lot of strategic base/infrastructure building for acquiring enough money and electricity/power, as well as troop deployment and engagement to conquer you enemies. It can be played by gamers from school-age on up, though more mature folks will have an easier time with what can be a more sophisticated interface. 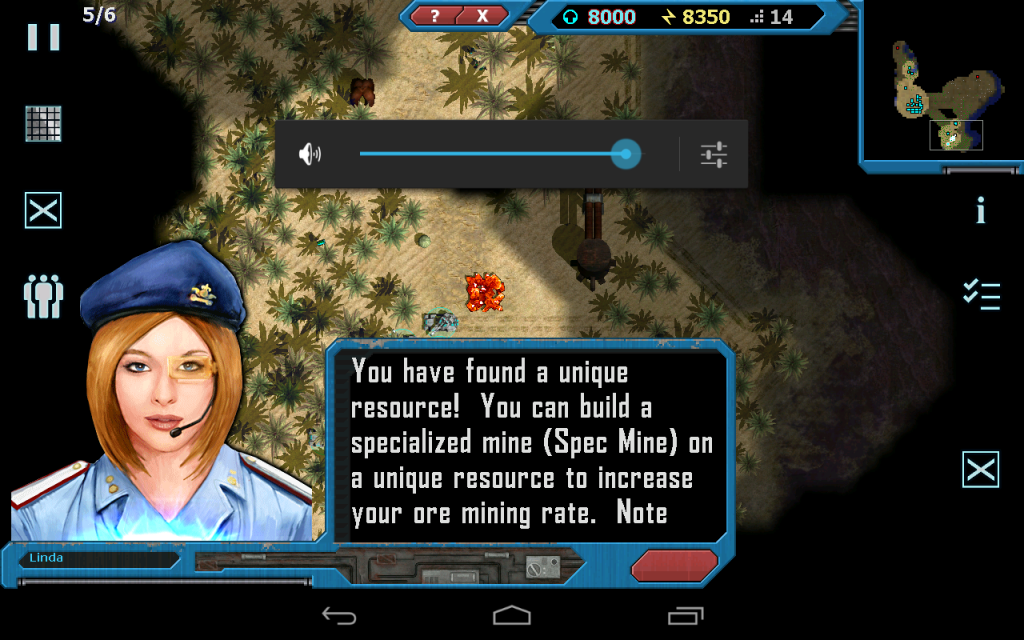 The game can be downloaded from the Google Play Store, but it does cost $6.99. After download you simply open the game and you’re off & running.  At the first screen you have several options with which to go with: 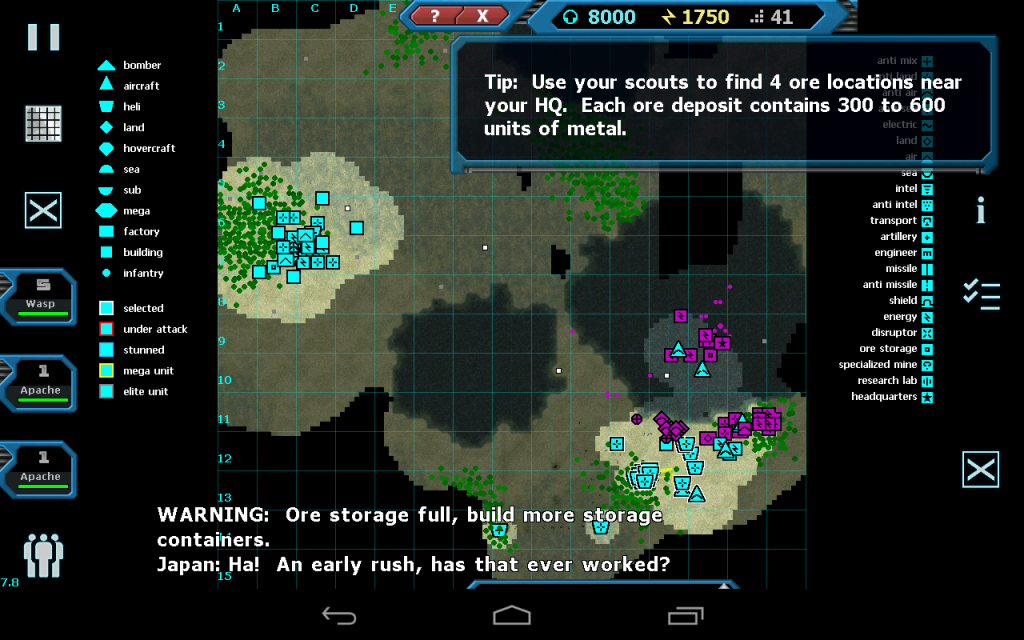 If you’ve played any strategy game before, this will feel pretty familiar in terms of play. Your success relies heavily on raising our army’s capital in terms of money, electrical power, and resources.
Money you gain over time and activity.
Electrical power you create through construction of various generators & turbines.
Resources can be found throughout the map you are playing on….these are not just game fodder, but truly important and needed to advance and win.  They are key in building mega-units that are particularly effective in battle and tactics. 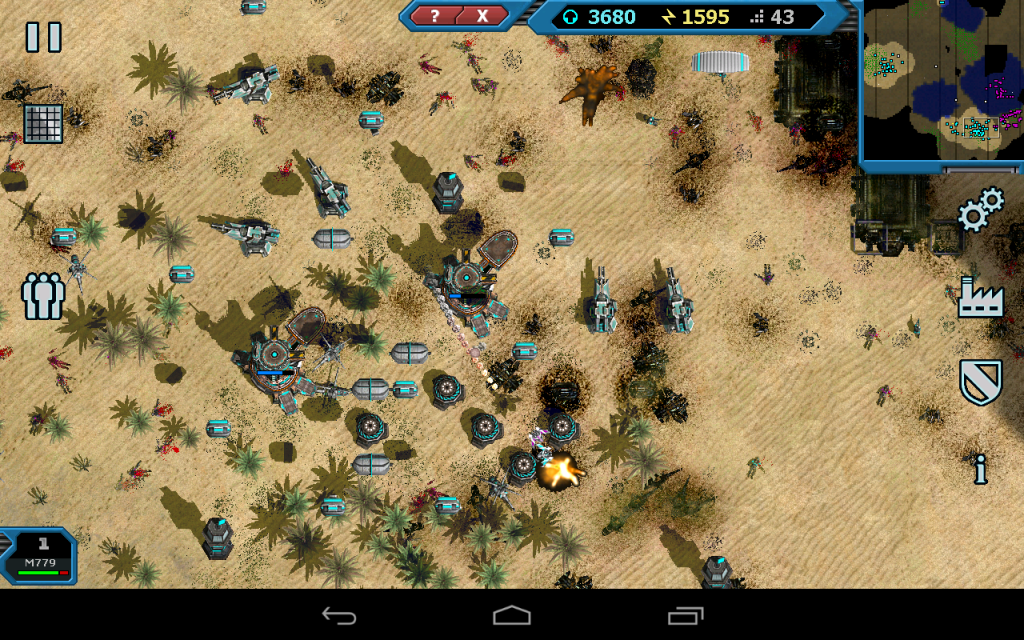 And yes, units. Units are the battle vehicles (there’s over 130 ones to access & build) that you create and utilize as you build your capital. Each unit has a set combination of features that can (and should!) be exploited to their maximum effect, such as ‘explore’, ‘fight’, ‘range’, etc.
Once created, you can amass multiple groups of units over your game map to set up offensive, defensive, and exploratory positions. You can only build facilities (factories, storage buildings, fixed weapons, lookout posts) where you already have units, but you can only get units by building from your facilities…..so having a good sense of balance is key. 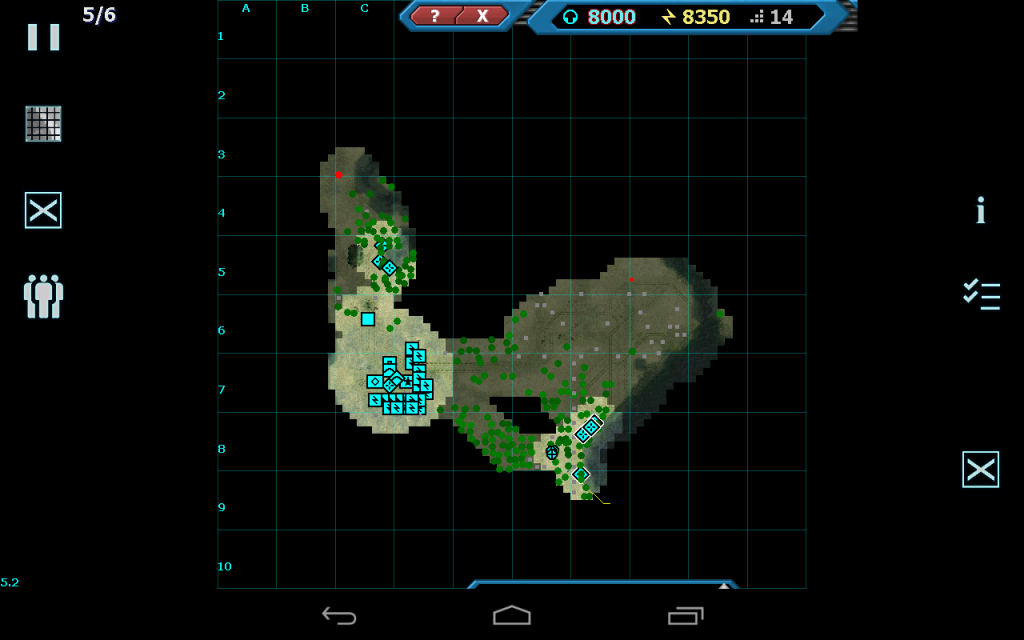 And this building takes time; you need to and get rewarded for planning ahead in this game.  And this planning and building can take some time in and of itself.  It works and is very cohesive as you progress, but for me it can be a bit tedious.

The plot line to the ‘Campaign’ mode goes like this: You are a military leader tasked with investigating the mysterious disappearance of an elite group of scentists and researchers known as the Omicron Initiative from their top-secret lab. The staff are missing, the lab’s been ransacked, and years of research data is gone. Your investigation mission quickly turns into a rescue mission, and you progress through the game exploring the world attempting to find the parties responsible, with the ultimate goals being 1.) rescue your scientists, 2.) recoup the lost data, and 3.) vanquish your newfound enemies.

it’s evident that this game is originally a PC/Mac creation, ported to a mobile interface. Both the visuals and sound are very PC-esque. The controls are even more so; there are literal “keyboard & mouse” options in the setting menu. Also, while playing, there are areas of the screen where a mouse and click-and-drag & right click-ability is evidently the native option; but with a touchscreen, you end up swiping and pinching-to-zoom like a crazy person to get where you want to go quickly.
All in all it works on a touchscreen, but it’s also clear that the game didn’t start with mobile in mind. 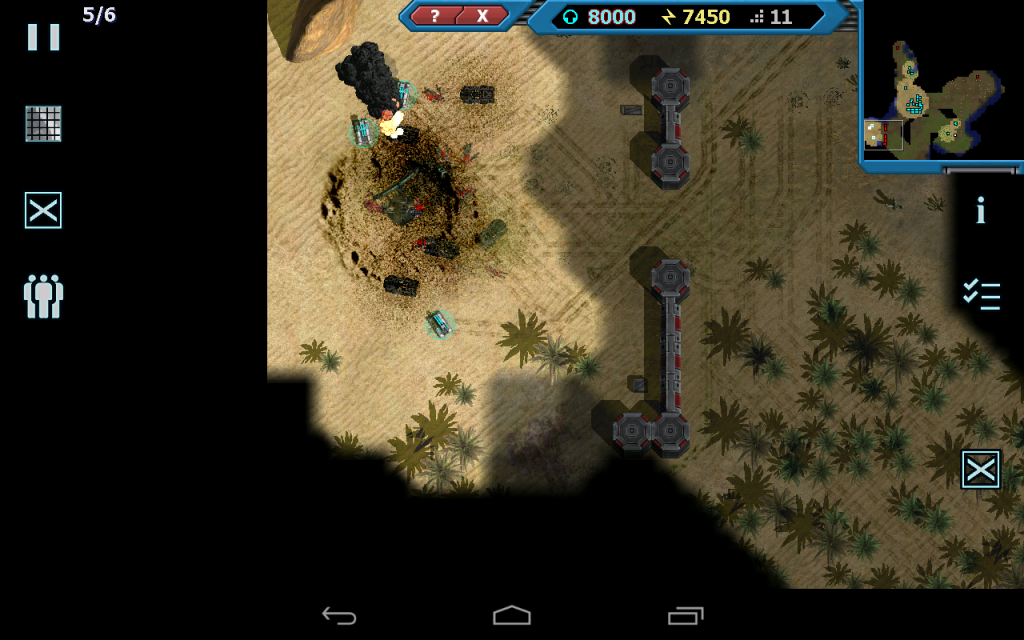 I did enjoy playing Machines at War 3, but only for a little while at a time. As stated earlier, the game takes a long time to ramp up, as you spend hundreds of clicks building your facilities and units solely in preparation to actual combat. For me the combat was the great fun and easily the most fun, but that admittedly has more to do with my general patience than the actual game.
To each their own, and this game would be a great fit for gamers who enjoy building their empire in addition to defending and growing it.