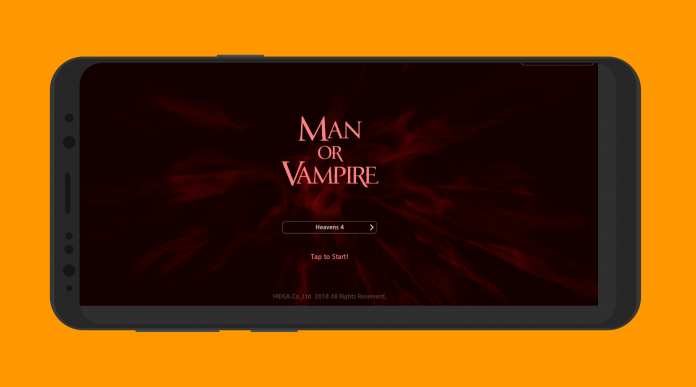 Have you ever wondered what happens after you die? Does your soul goes somewhere? How does it looks like? Man or Vampire gives us another take on these questions by creating a dark, grim world that doesn’t look like how people normally picture heaven. This randomly-generated world full of monsters, bosses, and loot provides a superb amount of content and depth, thanks to its entertaining combat system, powerful character upgrade system, and extensive modes and options.

The mechanics of Man or Vampire are made much easier thanks to its brilliant tutorial. Very early in the game you realize that the character you control is dead, and you are in heaven. You then go through a basic dungeon, in which the game shows you the controls, battle mechanics, inventory management, and similar useful stuff.

The tutorial ends in a very intriguing way, and then it resets you to control the one who will actually be your character throughout the game. However, your character is not alone, since you have the possibility of taking at least three other characters with you, which you get in-game from an aptly-named function called “Soul Search.” 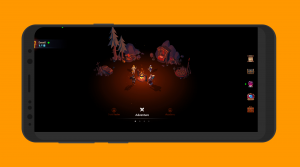 Man or Vampire is a combination of several mechanics from other games. At its core, it is a turn-based role-playing game, very similar to Fire Emblem. When battling against enemies, the battlefield becomes a grid, in which you can move around and perform actions like attacking, healing, or performing special abilities, depending on the grid space you land on. Upon defeating enemies, you get experience, which you use to level up and get new skills.

The battle grid changes depending on the type of character you are controlling. For example, characters with sword will not get an attack tile unless they are right next to an emeny. Meanwhile, other characters can only attack if they are two tiles away from the target. There are also green tiles for healing, purple ones to heal all characters in a party, and yellow tiles to perform special abilities. The actual color, arrangement, and number of movements you are allowed greatly depends on the character. 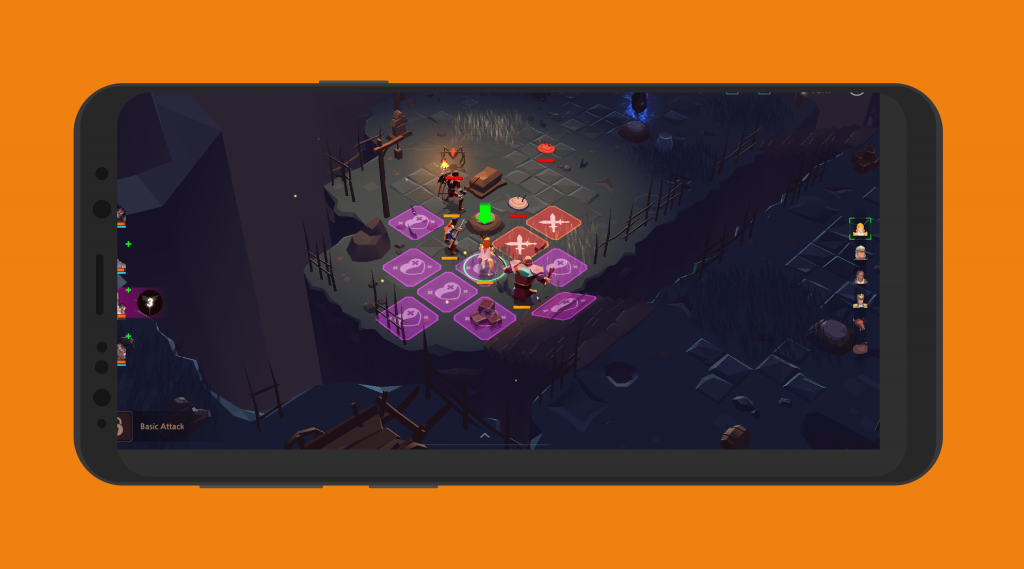 Overall, there’s decent depth in the system. I have found the game to be a bit on the easy side, which makes the ellaborate system a little redundant. You can basically slash your way out of the dungeons without applying that much strategy, which defeats the purpose of the multiple levels that you can improve on. However, when enemies do give you a hard time, the system really shines.

In every dungeon you will find chests with loot. You can equip items both for attacking and for defending yourself. Some types of character can equip a certain type of items, and there are different classes of items, which adds even another depth of complexity to the game. Initially, you can only hold 20 items, plus the ones your characters have equipped. If you need more, then you can buy more slots with gold.

There are also consumables, such as potions, teleport feathers, and cards. If you don’t find any of these items useful, you can sell them directly from the inventory, without having to go to a dedicated shop or something similar, like in other games. There are items marked as “Other” that have some special effects, such as opening special doors, “holy water” items that decrease the revival time of your allies, and even something called “Bat Scroll.” 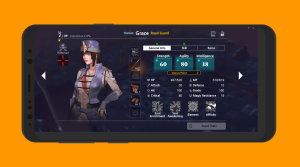 The artwork in Man or Vampire is, hands down, the strongest part of the game. The stylized graphics work really well with the overall theme of the game, the monsters and bosses are intriguing, and the animations are really fluid. Even though the characters you control look great when on the field, the picture that appears when you want to upgrade them does not match the rest of the artwork, making them feel out of place.

A complaint that I have with the interface is that everything is way too small to tap on it. This is especially true when you are in the campfire area, which acts as a hub to all of the different features of the game. Also, the text seems to be on the small side, and sometimes disappears way too quickly. However, when the text is big enough, it seems a bit blurry. I tested this game on a Samsung Galaxy S8, which, as you all know, has a top-notch screen. It is probably very hard to make something appear as blurry on a S8 screen, but this game unfortunately managed to do so.

The game’s music aptly follows the overall dark theme of the game, using soothing but intriguing music all over the game. I can see it growing old really quickly, though. Sound effects are appropriate and add to the experience. 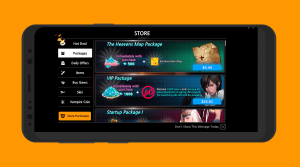 No free game in the Play Store would be complete without micro-transactions. The cheapest one I found costs $4.46 and yields 500 gems and a mini map, and the most expensive one tops at an eye-watering $89.24, giving you 11500 gems. Most of the stuff you can buy with these gems are also items that you can get through playing the game, so it looks like you could play the game comfortably without spending money. Of course, if you like the game and enjoy it, spending a few dollars on the software will for sure make a huge difference to the developer.

Man or Vampire combines a superb graphic style with an old-school, turn-based combat in a solid RPG that can keep you entertained for hours. Although the combat is easy, the game has a lot of depth, with several different character classes, items, and heroes you can get to traverse through the intriguing, dark world. There are several elements that were left out, but they could easily fill a 5000-word review. It just has that much content.

There are some flaws, like some inconsistencies in the graphics, repetitive music, and low difficulty, but overall it is able to provide an entertaining gameplay that is very easy to pick up and start enjoying right away. If you want a game that deviates from common themes in the Play Store, such as endless games, shooters, or other genres with shallow elements, then Man or Vampire will satisfy your needs.

Download and install Man or Vampire from the Google Play Store.

Shadow Quest: a step above other mobile RPG’s [Review]