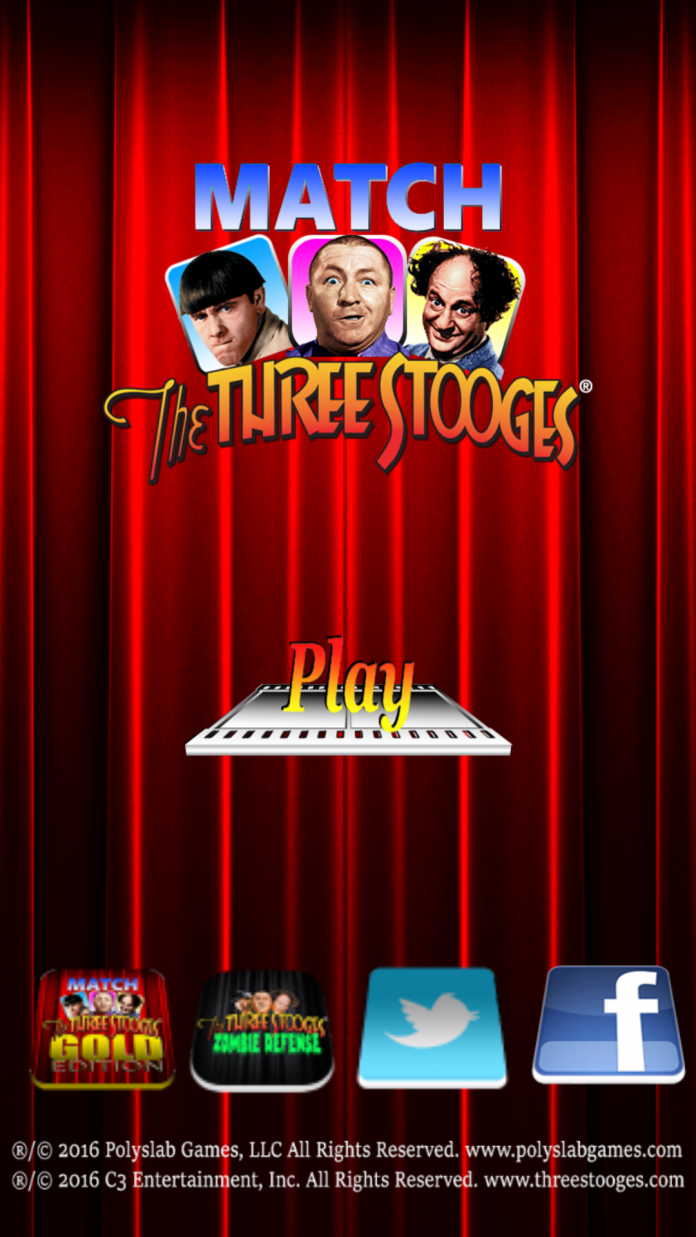 The venerable “match-3” puzzle games run in the dozens in the Play Store; with the main point of variation being theme of which the blocks or items represent, along with the corresponding background, music, and sounds effects.
Well, in case you’ve been searching for a match-3 showcasing the timeless comedy and visual appeal that is the Three Stooges, you are now in luck. Available for free in the Play Store, Match the Three Stooges from the developer Polyslab Games provides authentic Stooge music, dialogue, and sound effects while you move through 100 different levels of match-3 action. 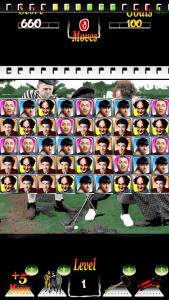 No surprises here: the game plays exactly like almost every other match-3 puzzler out there. A maze of mismatched Three Stooges faces and symbols are arranged on screen; your job is to move one block one space (up, down, left, or right) to match up three in a row. Upon doing so these three blocks disappear dropping down the blocks from above. This can and will cause a domino effect as these falling blocks create three-in-a-rows of their own, help you to clear the screen in the limited number of moves each level provides.

You have access to several ‘weapons’ you can purchase with 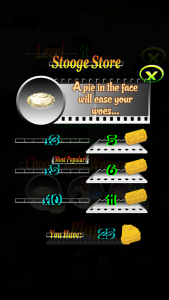 currency earned through the game, and through real money via your Google account. These include pies in the face (takes out all items of the same color), bombs (blows away whole chunks of your board), and other assorted ordinance.
At the end of each level you are graded (one to three stars) based on how efficient you were in clearing your board.

Controls work fairly well, though this game is better-suited for a tablet device. The blocks on my Galaxy S5 were a bit small to accurately grab and drag where I wanted them to go.

The music, while actually fairly well done (a mix of classic stooge-esque goofy tunes and more modern rock instrumentals), does get old rather quickly, especially if you’re playing in a public space. The star of the game in my opinion is the sound effects, which are full-on snippets from a lot of the classic Three Stooges skits. These run pretty constantly through the game, whether you’re making a move, deliberating quietly, or during a board-clearing domino effect. 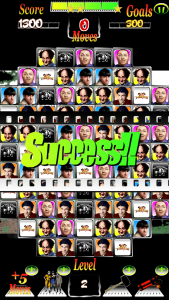 The visuals run in between these two extremes; good but not great, though they certainly won’t make you want to turn the game off.

Again, if you’re looking for a match-3 puzzle game, you have a 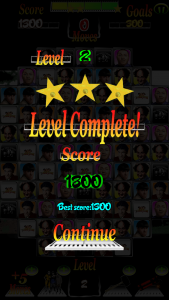 plethora of choices in the Play Store.  If you’re looking for this type of game and are a huge Three Stooges fan, then you just hit a small, free lottery, my friend.  Enjoy.