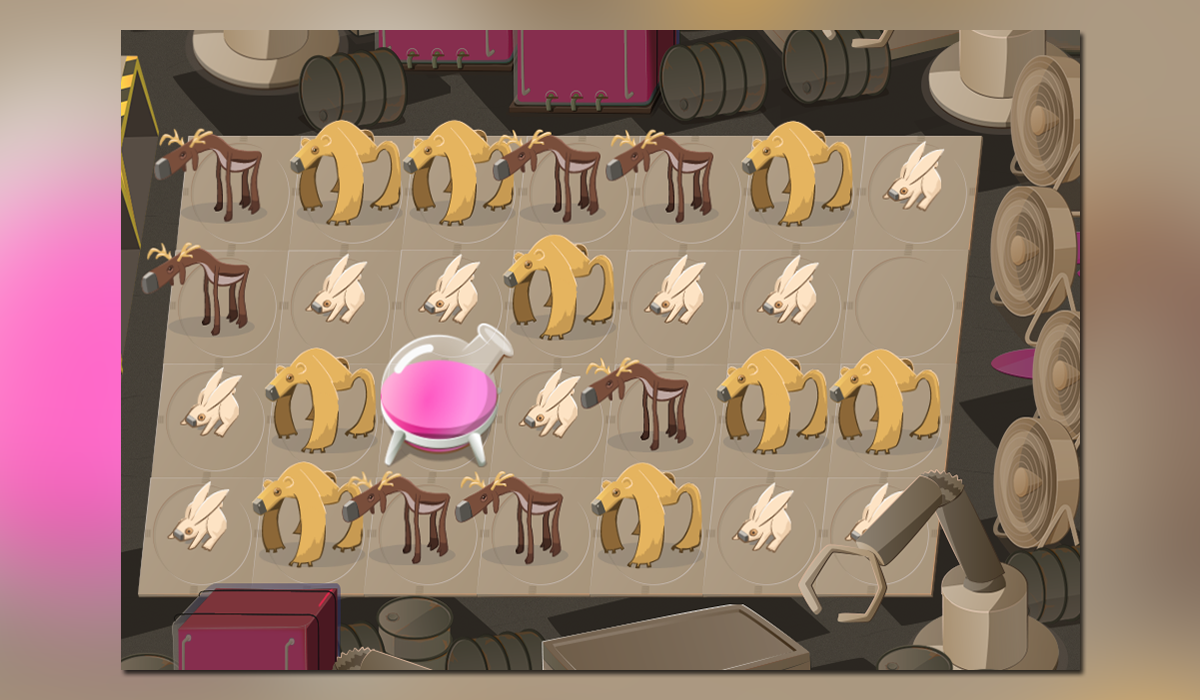 Up for review today we have Mutation Mash, the latest game from Upopa Games. Touted as a “crazy hilarious puzzle game”, we’re to expect no less than 50 levels of game play. Is it crazy? Hectic, perhaps. Hilarious? Let’s draw the line at interesting.

The idea is simple: combine three like animals to create mutants. Then, take those mutants and combine them as well. You’ll start with bears, bunnies, and moose but you’ll be quickly merging strange creatures.

Players are presented with a board of sorts, which has a variety of animals scattered on the left side of the screen. From the right comes a quick succession of random animals who make their way across the field. It’s up to you to drag and drop them, fast enough, so that they’re able to make mutants. It sounds simple, but it can get unnerving.

According to the Google Play listing there are 19 mutated species. We’re not that far into our game yet, but we can imagine that this proves to be a definite challenge. With a somewhat limited color palette it’s tough to discern some of the mutants quick enough. The middle of the field can get “muddy’, for lack of a better term.

Although the game allows for us to hop right in and get rolling, it’s a little unclear as to what happens between rounds. It takes a bit of time to figure out why we’re trying to harvest goo or what it means. Indeed, this is one of those areas where you’ll be able to pay real money to advance yourself. It’s not needed, but the in-app purchases can help give you an early edge.

Mutation Mash is a game with cute, albeit uniquely designed, animals and mutants. We might like more clear instructions as to what’s going on between levels, be it a recurring pop-up or something we can choose to dismiss. Along those lines, the overall game could be spelled out a little bit or made more obvious. This is not to suggest Mutation Mash isn’t fun or worth your time. If you’re a fan of matching, logic, puzzles, and games of that nature then you ought to check it out.