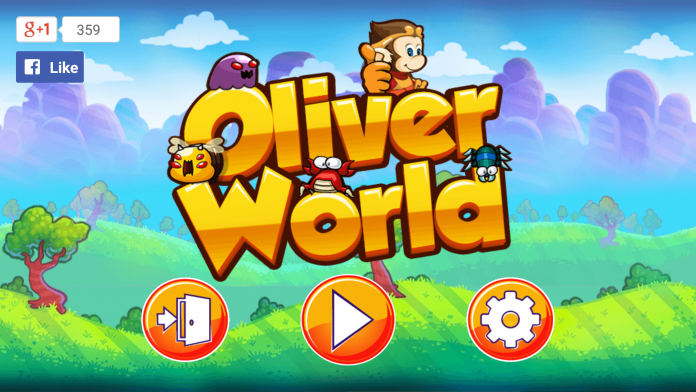 Raise your hand if you’ve never played a Super Mario Brothers game before.
Anyone?
Anyone?
Thought so.
If you’re reading this game review, then it’s all-but-certain you’ve played the part of a certain Italian love-lorn plumber.

This is important because if you like yourself a good Mario-style game, then you’re going to like Oliver World Adventures by developer Scorpion Labs, available to download for free in the Play Store. Like, really like it. As in this game is a pretty shameless copycat of the famous Nintendo franchise.

There is no real setup to start this game; you start in level 1. It would be much harder to explain you through gameplay than it is to simply know that you play exactly how you play Mario Brothers….in that you side-scroll through the worlds, jumping over and on low-level enemies (strange purple blobs in lieu of turtles and such in Nintendo-land). 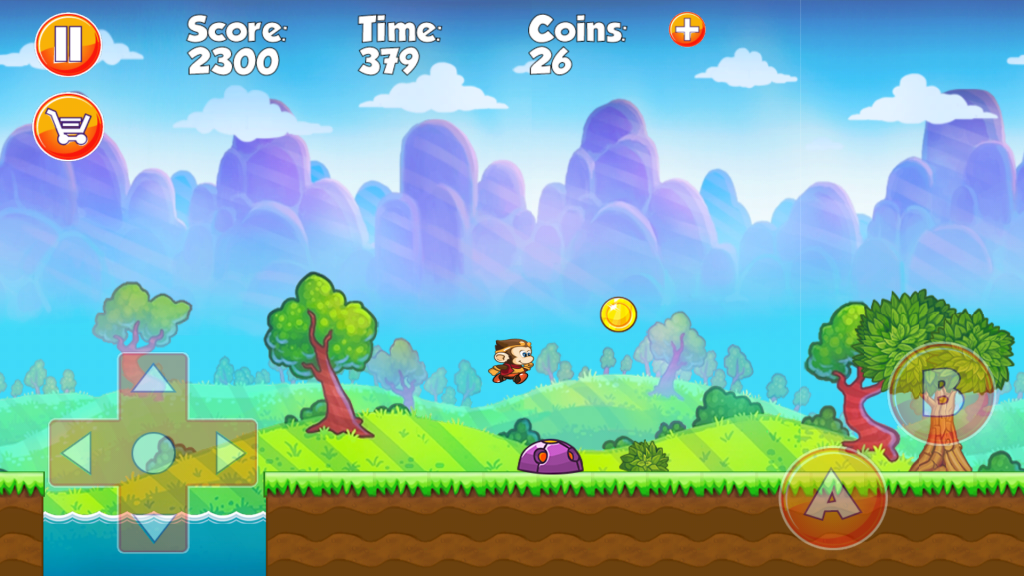 You also use your jumping prowess to knock coins out of marked blocks, and to pick up floating coins scattered throughout the worlds. Your goal is to get to the end of the world 1.) alive, and 2.) with as many coins as possible.

Seriously, check out the screenshot of the end of World 1, and tell me you haven’t seen this before: 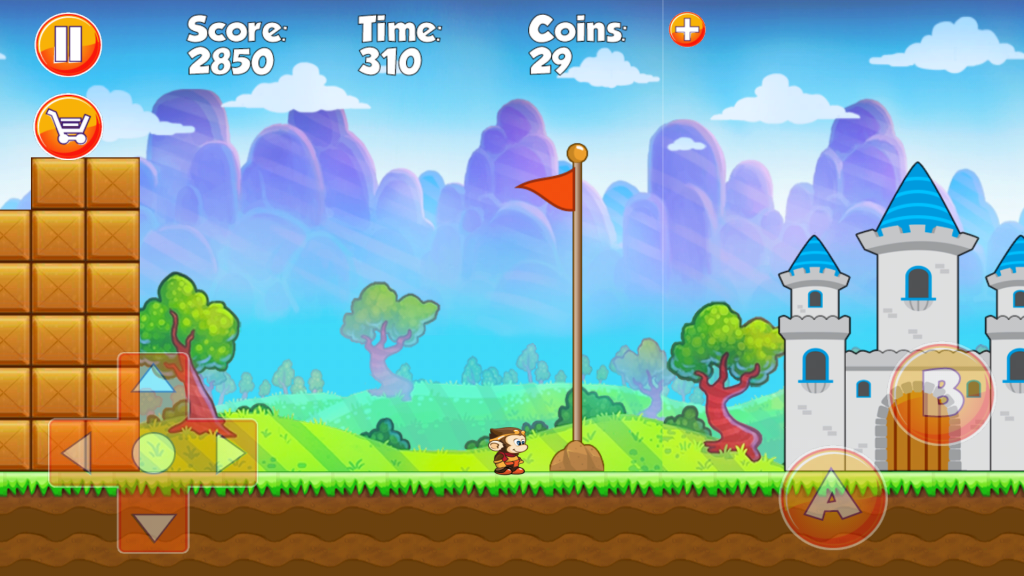 Again, controls work a lot like other platformers. An on-screen four-way pad, and virtual ‘A’ and ‘B’ buttons round out your control arsenal. The controls work surprisingly well, to the point that they are real highlight of my gameplay. Reaction is instantaneous, and control of your jump height through length of your button press is spot-on.

If there is a complaint here, it’s in that the controls are in-fact on-screen.  You need a good amount of real estate for your fingers, and on smaller screens (i.e.; smartphones) these controls gobble up a lot of space. Here’s a screenshot showing the Oliver character almost invisible behind the virtual four-way pad (far low-left): 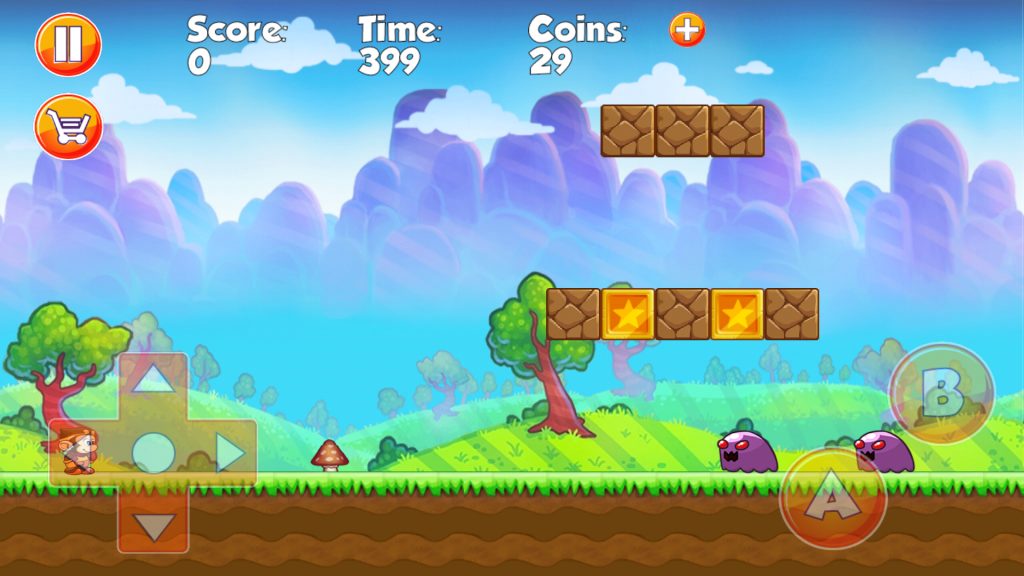 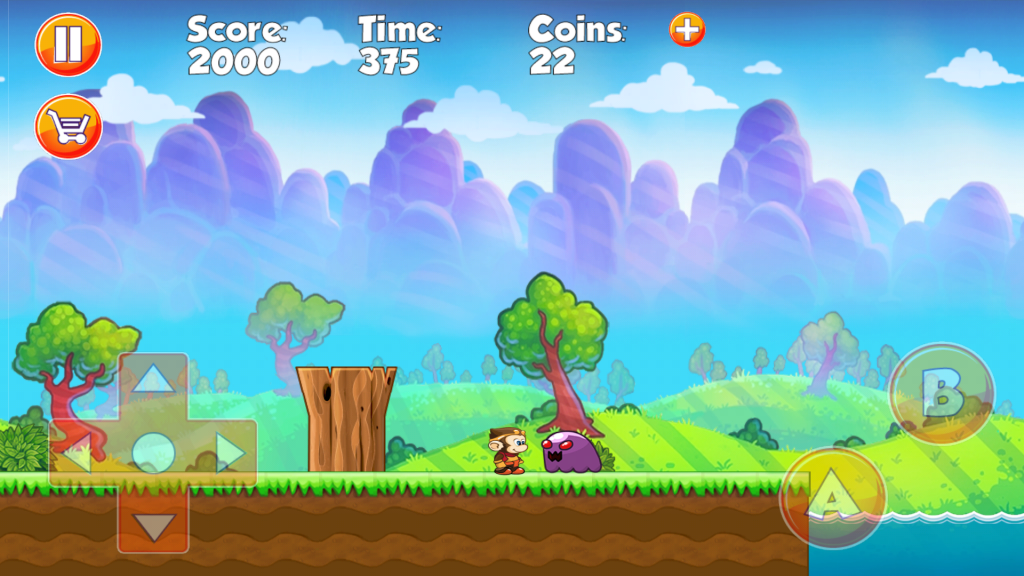 I really enjoyed Oliver World Adventures; mainly for the faint sense of nostalgia it brought to me from my Nintendo days as a kid. If the controls could somehow be more separated from the on-screen action, the gameplay would be much improved. But as it is there’s a lot of fun to be had with this game.