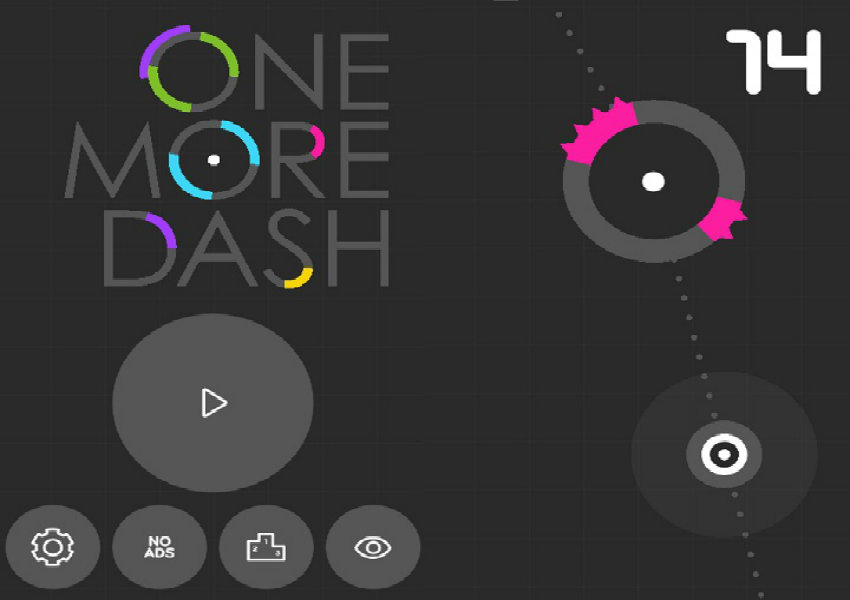 If you are an avid Android gamer, you might consider worthy games that can be played in short periods a necessity. After all, most of us simply don’t have time to stare at our screens for hours, but would like a quick challenge while in the cafeteria queue or on the bus. One More Dash is particularly effective at this as it does not require Internet connection and consists of simple yet addictive gameplay.

The first time you open One More Dash, you are greeted by the main menu. It has a simple layout which provides easy access to a quick game. However there was no tutorial to begin the game with, but this was not an issue as you get the hang of it it quickly. Basically, you are a little ball in a circle that has to move to the next circle. The fact that you can be in that circle for a very short period of time and that the next circle most likely has rotating obstacles around it makes gameplay harder. Each circle has coins inside them that can be used to unlock themes.

Adverts occasionally popped up out of nowhere and, although rare, lag made me lose several times. These minor annoyances were partially solved by putting my phone in airplane mode. The developer, SMG Studio, has a similar game called “One More Line” which seems quite cool. Perhaps we’ll also check it out soon and compare to see how addictive it can be compared to One More Dash.

Overall One More Dash was satisfying enough to keep opening it. The negatives of the game do not outweigh the good of it and it is, like I said before, ideal for short periods of time. I especially like the fact that it isn’t too easy and there are 100 missions to complete to make sure you don’t bore. Let us know what you think about One More Dash and what other games you would like to see us take a look at here at AndroidGuys! 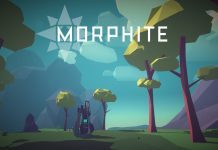