We’re always looking for new and interesting things to occupy our time while we’re on the bus or the train and don’t want to be completely idle. Mobile games are a great way to do that and keep your mind off of work for a few minutes. Recently I was asked to take a look at two new trivia games that had made their way into the Play Store, Democratic Run and Republican Run. 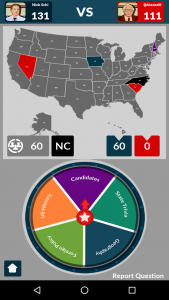 These two games take advantage of the fact that anytime we turn on the television, we see something about the 2016 presidential election; why not have a little fun with it, right? This pair of trivia games appeal to the part of us that wants to pick a team and never let go by allowing you to play the game as your favorite presidential candidate. As you may have guessed, the democratic variant has the democratic candidates and the republican one has the republicans. And that’s pretty much where the differences end. They both have all of the same questions, the same format; they’re separate but equal (something that I thought we had outgrown).

In any case, the core of the games have a really great premise: It’s political trivia! There are six categories: foreign policy, geography, state trivia, candidates, and US history. As you can tell by my scores, I am pretty much picking my foreign policy answers out of a hat and nobody likes Martin O’Malley.

The overall gameplay and experience with this game is great. You connect the games to Facebook and can play your friends to test their political trivia or if you don’t have any friends, you can play a stranger. I found that a lot of the questions are ridiculously obscure, asking things like, “A rebellion at what bar began the gay rights movement?” 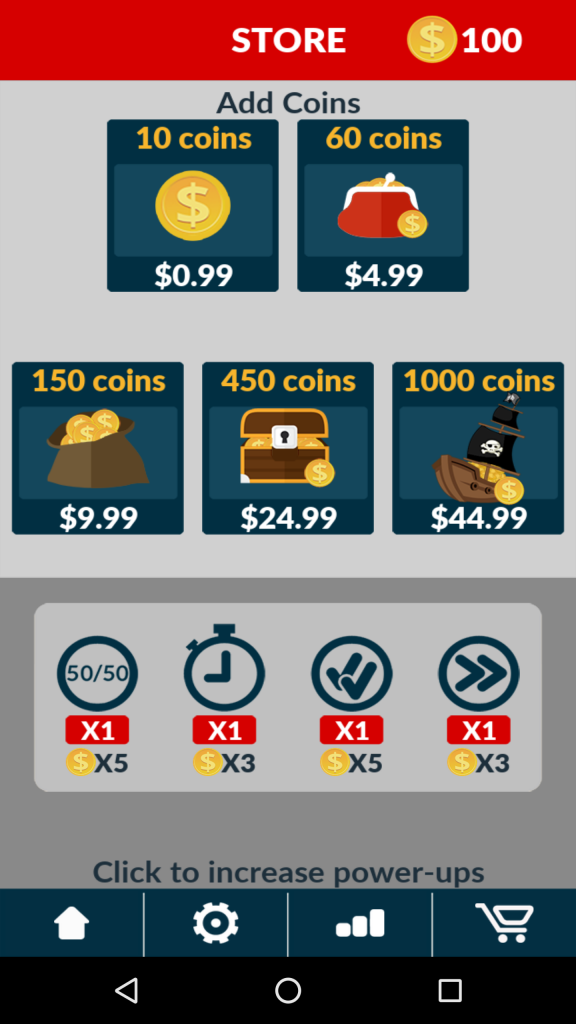 The answer is Stonewall Inn in New York, in case you weren’t aware. According to Wikipedia, that’s true but I didn’t think/realize there was a single event that sparked a group people wanting to be treated equally…but I digress. But they are trivia questions, so I guess it’s not that bad.

I thought it was really clever how they designed their scoring system to be based off of the Electoral College’s votes system. Each state’s number of votes in the electoral college is divided up into equal parts and each question will then be worth that many points, usually between 13-18 depending on the size of the state and there will be 2-4 questions per state.

Under normal circumstances you are limited to 5 “lives” which you lose whenever you answer a question wrong. If you run out of lives you can’t start a new game until they regenerate, which takes a few hours or so. If you want to lower your chances of getting the question wrong, you have four lifelines that can help you get to the correct answer: 50/50, double check, time extension, and skip. You get 1 of these each, which also regenerate after some time but if you need more you can buy them with coins. The game comes with 100 coins to start but if you need more you can always pay real money to get more. 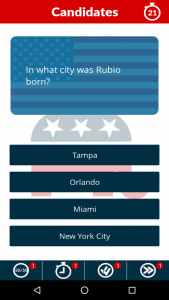 This brings me to the part of these two games that I really don’t understand. Why is it two games? I understand that right now we’re in the primary election campaigns, but it really doesn’t need to be formatted that way. Are they going to merge the two after the primaries are over? Right now they’re splitting their ability to make the game popular by half because the chances of either version of the game floating to the top of the Play Store is now twice as hard if you assume that each game is downloaded at the same rate (actually four, because there are premium ad-free versions of each game). It would make a lot more sense for this to be just one game and have the democrats be blue and republicans be red while having an in-app purchase for removing ads (which honestly aren’t that intrusive anyway).

The fact that this is split into two games is by far my biggest complaint about it, but that at least that distracts from the fact that the design is so incredibly dated. It looks like it was either designed for iOS 6 or Android 2.3, I haven’t quite put my finger on it but in either case it’s not very good. 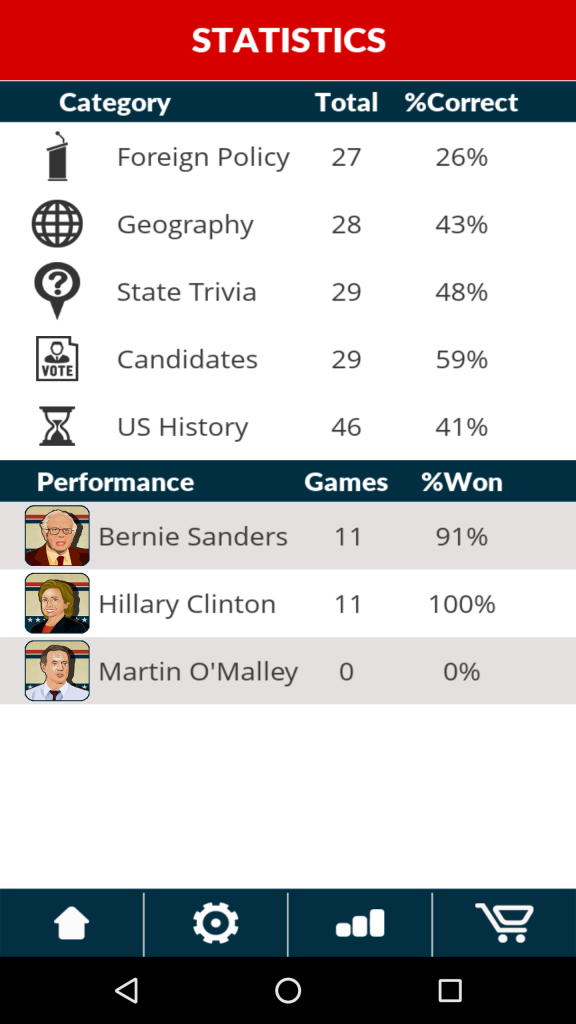 Of course the design doesn’t take away from the overall experience, but aesthetics count for a lot in my book and this (these) game(s) don’t really do a good job of that.

If you can overlook the fact that it looks like it was drawn in a coloring book and that it makes no sense for it to be in four separate apps, it’s a fun game to play whether you’re playing by yourself (with strangers) or with your “friends.” It’s a good way to waste a little bit of time or a lot of time and learn a little bit about US history and the presidential candidates along the way.

If you have any other questions about the app, ask them in the comments section below and I’ll do my best to answer them! Until next time, may the votes sway ever in your favor!