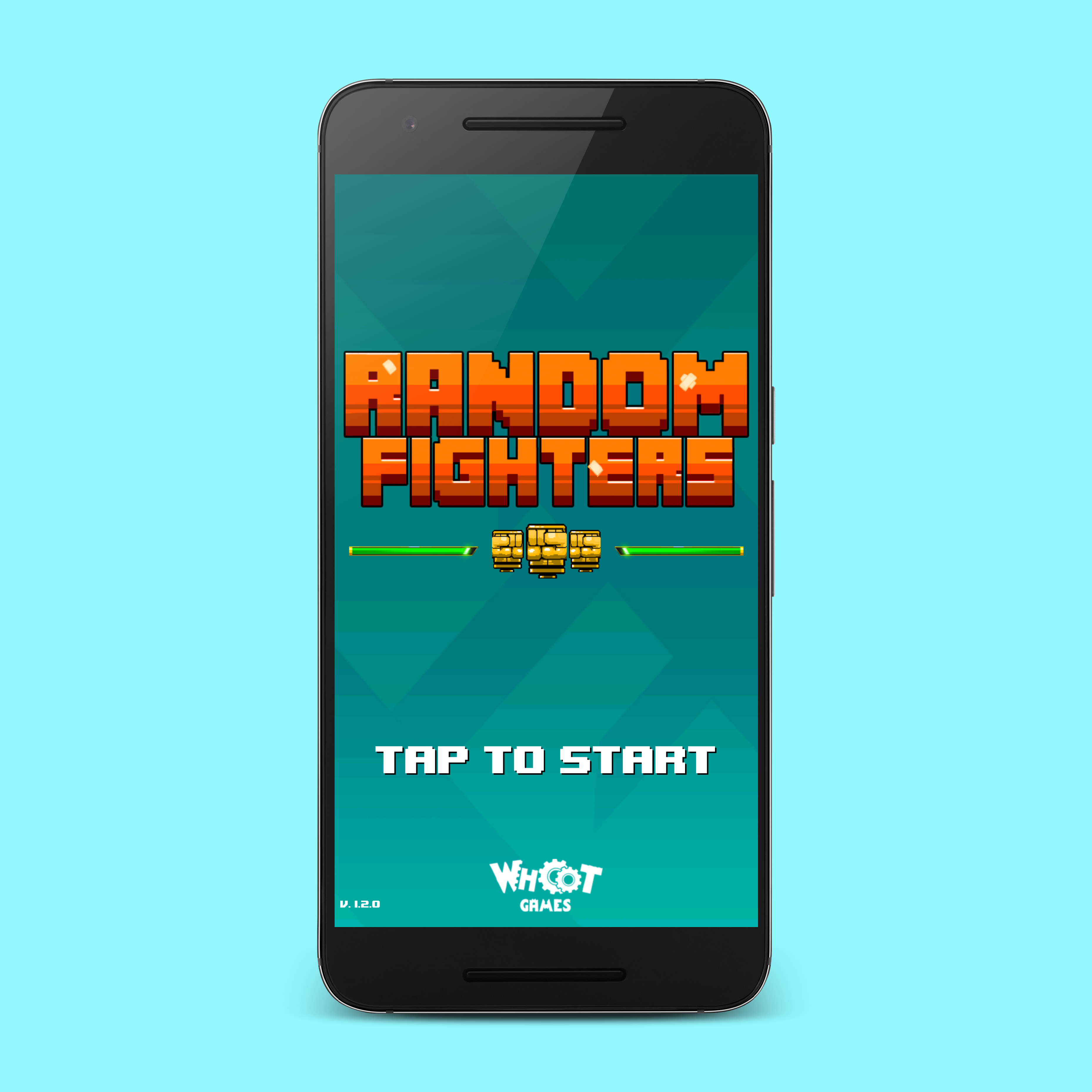 In an ecosystem in which pixel graphic games are a dime a dozen, developers have to find ways to come up with interesting gameplay in order to stand out. Random Fighters is a puzzle game with pixel graphics and superb sound that may remind you of Minesweeper at first. However, instead of avoiding mines, this game requires you to find tokens in a specific order to attack your opponent.

Open the app. That’s all you need to setup this game. It will automatically log you in to your Google Play Games account during its first launch. After waiting a few moments for the app to do its thing, you’ll be able to start playing. It’s as painless and straightforward as it sounds.

I learned the hard way the reason of the “random” in Random Fighters. You will be shown three combinations at the beginning of the game (a green one, a blue one and a red one). These are always random and they are shown to you for only ten seconds. If you don’t memorize them, you will definitely fail. In order to punch your adversary, you have to tap a maximum of 10 squares in a 5×5 board in order to find these colored tokens. When you find a combination on the board, your character attacks the CPU.

After attacking your opponent, there’s also a mechanic to defend yourself from enemy punches. You have to stop a moving element inside a diamond-shaped outline. This has to be done four times in order to get the maximum defense available, and they all have to be done in only five seconds. These elements also move randomly between fights, so even if you get the hang of it during one fight and defend perfectly, there’s always a learning curve for subsequent matches.

These mechanics help to make every match different from one another. Since you’re heavily reliant on luck, you may destroy one opponent in one fight, then be annihilated on the next one. Also, the patterns are difficult to memorize sometimes, which may make your fight more difficult than it should be. Nonetheless, the ever-changing nature of the game is really fun and progressing through the levels is extremely satisfying.

There are three modes: Story, Survival and Online. In Story, you defeat multiple opponents in order to progress in the story. This will earn you experience and get upgrades, new characters and special attacks. Also, there are three difficulty modes, in case you find yourself struggling at any point.

Survival lets you fight and endless hoard of enemies until you run out of HP. Your health will be replenished a little bit after each fight in order to make this mode easier. Online lets you play against other opponents in online matches. It’s worth mentioning that I couldn’t find a match during my time with the game, so I couldn’t test this mode.

Graphics follow closely the pixel art pattern, so there’s plenty of blocky elements throughout the game. However, characters and environments manage to be detailed, and attack animations are fluid and convincing. There are some minor things that could be revised. For example, the loading screen has two spinning cogs that don’t adhere to the game’s theme, so they appear out of place. Overall, the art gets the job done.

Sound is undoubtedly an essential part of any game, and Random Fighters absolutely nails this department. Seriously, the music you hear when fighting is just awesome. There is some upbeat, catchy music, such as the track that plays when you’re in the menu, while other themes transmit the urgency of having to look for the pieces to make up a combo. In my opinion, the music is by far the best aspect of this game.

On top of that, every sound you hear adheres closely to the pixel theme, while executing beautifully its designed purpose. Punches are loud and strong, transition sounds add intensity to the neat animations, and characters have their own cries when attacking, defending and beating a rival. I’m extremely pleased with the work Whootgames has done regarding sound.

Performance in this game is fine. I had absolutely no issues during battles, character selection and such. The only minor complaint I have is that loading screens, though short, are somewhat frequent. Also, I managed to get an infinite loading screen by tapping Remove Ads, getting the Play Store dialog with the price, and then tapping outside of it. The only way of getting out of it was to force close the game and start it again.

Random Fighters manages to offer interesting, dynamic gameplay with satisfying graphics and exceptional sound. Even though I didn’t got any ads during my time with the game, there’s a $0.86 Remove Ads in-app purchase in order to support the developer. If you need a simple, yet challenging game to play while on the bus or after lunch, then definitely try out Random Fighters.