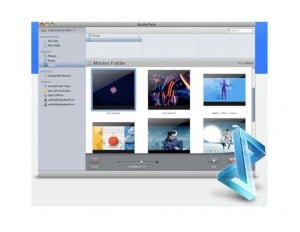 Before I start I need to mention that this is a PC/Mac based app and not an Android app. So why am I even talking about it? Well this software allows you to manage the media on your phone through the softwareâ€™s interface much like iTunes does for the iPod. It supports many Android phones as well as loads of other phones and mp3 players, and I used a G1 for my testing.

Once you install doubleTwist, you point it in the direction of your music, pictures and videos on your PC/Mac where it scans those locations. This can take some time if you have a lot of media but once it has done it you then have access to all of it from within the software. The navigation can be a bit of a pain and the whole experience can be a bit slow now and then but this is still a beta release and should expect some teething problems.

When it came to managing media I created 3 playlists (G1 Music, G1 Pics and G1 Videos) and sent the relevant media I wanted to transfer to my phone to each of those playlists through doubleTwist. This is done by right clicking the media and choosing â€œAdd to Playlistâ€ and the the playlist you want to send it to. Once you have set your playlists up you then sync the chosen playlists to the phone and hey presto, it syncs the changes to those playlists. Add an item to the playlist and it transfers it to your phone; remove an item from the playlist and it removes it from your phone. Simple. Just remember to select the playlists to sync and then click â€œsyncâ€ once you make changes. When I did my initial synching with my PC’s media it also imported my iTunes playlists, which was nice as I didnâ€™t have to re-do them if I wanted to use them. There are plenty of other features, such as importing from YouTube.Â  I would recommend spending a bit of time with the software to get the most out of it.

If you use iTunes then this will be very familiar to you, although the navigation could do with some improvement. Perhaps the most annoying thing for me is that the media is sometimes put into alphabetical order or even a random order, as far as I can tell, which messes up the running order of albums–an option to change this would go down well. The media is also resized automatically when importing so the quality is reduced, and even though this allows you to put more on to your phone, an option to choose the quality size would be good. The software isnâ€™t perfect by any means just yet and the bugs will put some people off, but I think this is really good and makes using the phone as a portable media player much more user friendly.

Go to http://www.doubletwist.com/ for more information, screen shots, videos and to download the software.

Android Pie Review: The reason why I gave up my iPhone X

How to access your desktop computer from your Android