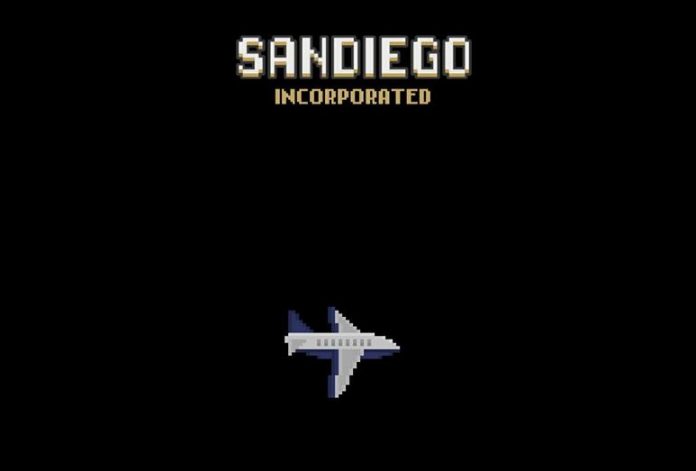 When it comes to gaming, running and gunning are fun, but sometimes you just want to put your brain to work.

So throw your trench coat on, get the magnifying glass and start playing detective games. From the latest Elementary episode or Agatha Christie novel, there’s no doubt that crime and detective stories have made a real impact on pop culture.

Something about solving mysteries is so very enticing, especially for those who like to search for clues and solve puzzles.

Which is why there’s no shortage of detective games available to play on your Android. Like this app we’re going to talk about today. Sandiego Inc. is a mystery-solving game inspired by the classic Carmen Sandiego games. The educational mystery video game series aimed to expand the players’ familiarity with world geography and culture. Sandiego Inc. aims to do the same, although it keeps things pretty basic, for the most part.

To begin your detective adventure, simply download Sandiego Inc. from the Google Play Store. Once you launch the app, you’ll be given a short tutorial on how to play the game, so you won’t have to any guessing. 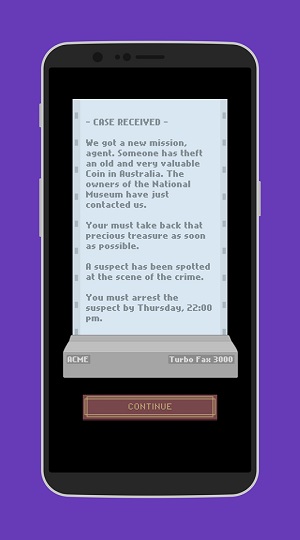 In the beginning you are presented with a case. Something of value has been stolen from somewhere in the world and you’re given a deadline to catch the suspect who has been spotted at the scene.

You start off where the crime has taken place and you’re allowed to search three different locations for clues. Each search will return information about the suspect, as well as hints as to where the robber might have traveled next.

Clues are pretty straightforward, most of the times. For example: “He was talking about legends…I think I heard the world Leprechaun maybe?” 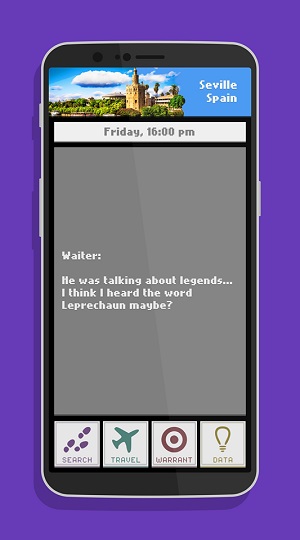 This immediately tells you, you need to be traveling to Ireland. Other clues reveal more information about the suspect:

For example: “He told me that he wants to visit a country with a green, white and orange flag. The suspect’s eyes were the color of the sea.”

You’ll need this info to identify the correct suspect and issue a warrant for his/her arrest before they manage to get away. Players will find all the compiled suspect data by tapping on the Data button located on the lower right side. 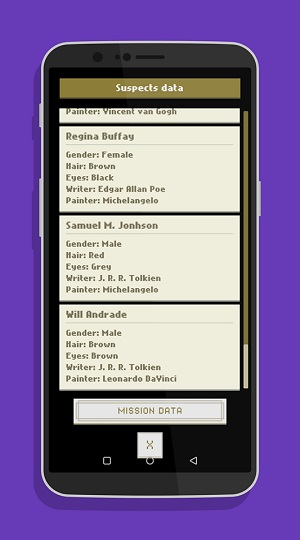 The more clues you unravel; the better chance you have at zeroing down on your suspect. Each person has a number of characteristic listed as part of their profile including hair color, eye color, favorite writer and painter.

But you need to be careful if you want to catch the suspect in due time. Each action, searching, traveling or submitting a Warrant costs time, which brings you closer to the deadline. 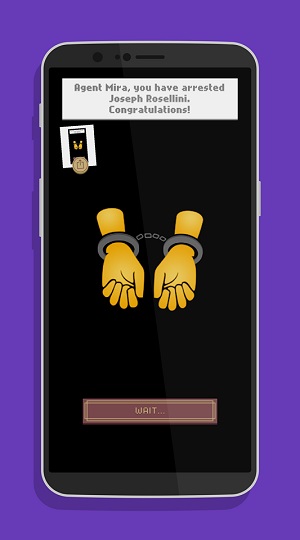 But the game is pretty simple, so I never had a problem with running out of time. I did have a bit of a problem understanding some clues, as the English used is sometimes broken or poor.

However, the majority of hints are pretty straightforward, so you won’t find yourself stuck too often. Sometimes the hints are a bit vague, like for example “she has changed all her money to peso.” Fortunately, you’ll find there’s only one option in Latin America available to travel to, which takes care of the problem. 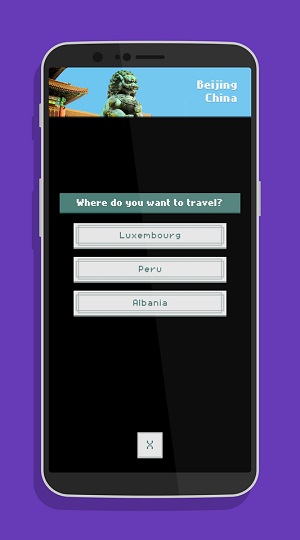 Every Sandiego Inc. location also provides some facts about the current location, which unfortunately are pretty basic, compared to the original Carmen Sandiego series. 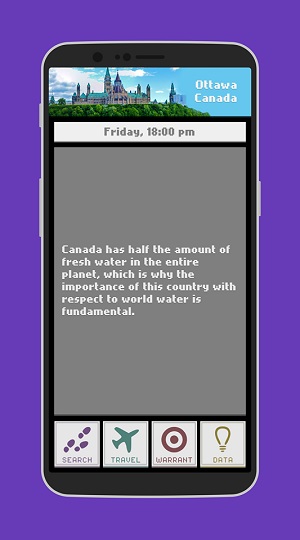 So the whole educational purpose is pretty lost here. Unless you’re a first grader, that is.

Sandiego Inc. preys on people’s nostalgia for the Carmen Sandiego series. Unfortunately, it’s not nearly as good as the original games. Clues are all too easy, and overall the graphics are pretty uninspiring. The occasional grammatical and spelling errors don’t help either.

All in all, Sandiego Inc. is a pretty decent game to play if you have a few moments to spare, but you probably won’t come back to it.