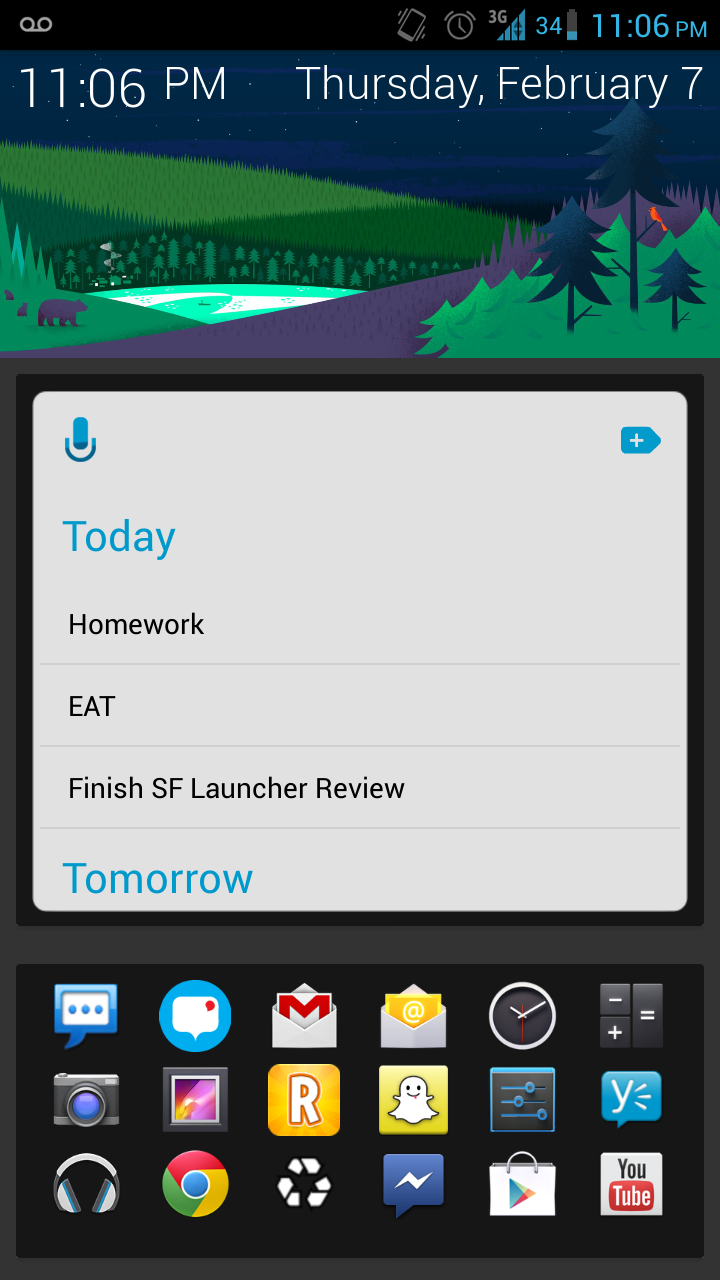 This minimalistic launcher redefines what launchers can be, and speeds up productivity in the process.

If there’s one thing that Android is known for, it’s the plethora of home screen replacement apps. With countless choices that typically follow the same basic structure, I’ve been searching for a viable launcher that doesn’t try to drown me in special effects and flashy features. I just want a launcher that gives me the quickest access to my apps and widgets, and I believe I’ve found that with SF Launcher. It’s apparently still in alpha stages, as the name indicates, but it functions very well for an alpha build. Nevertheless, I’ve been putting SF Launcher through its paces for about a week, and I can honestly say that I won’t be leaving it anytime soon.

SF Launcher isn’t your typical home replacement. Other launchers like Apex and Nova follow the standard idea of multiple screens and an app drawer, but SF takes a different approach. The header is the most noticeable feature, and stays at the top of the launcher at all times. It’s a simple, Google Now-style photo of a city (the user can select from about a dozen popular cities around the world), with the time and date. The clock and date serve as target areas on the header, which can perform a number of actions chosen by users from a predefined list. These include opening Google Now, the notifications pane, the clock app, and more. The entire header itself is also a target with its own definable action. The customization there is a nice touch, and users can even elect to have the header do nothing if it so pleases them. 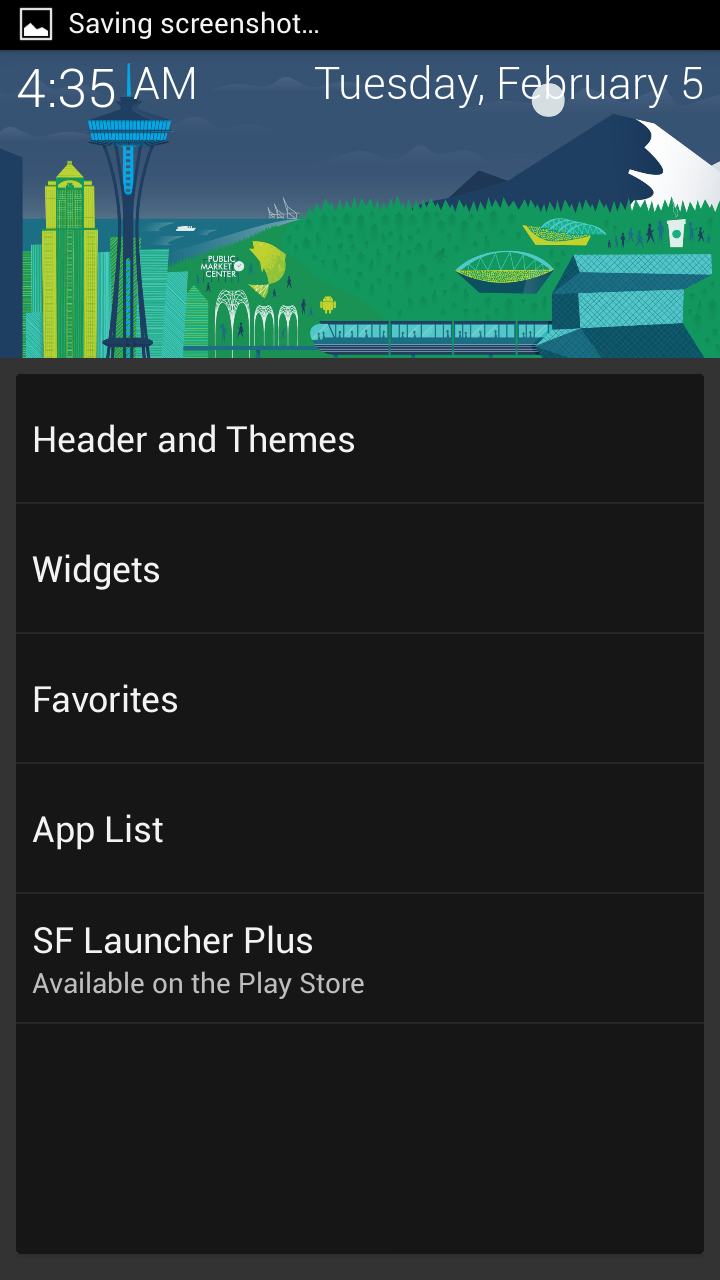 Beyond the header, SF offers three main panels. The leftmost panel is simply the main settings menu, with options for the header, widgets, favorites, and app list. We’ll get into those in just a second. 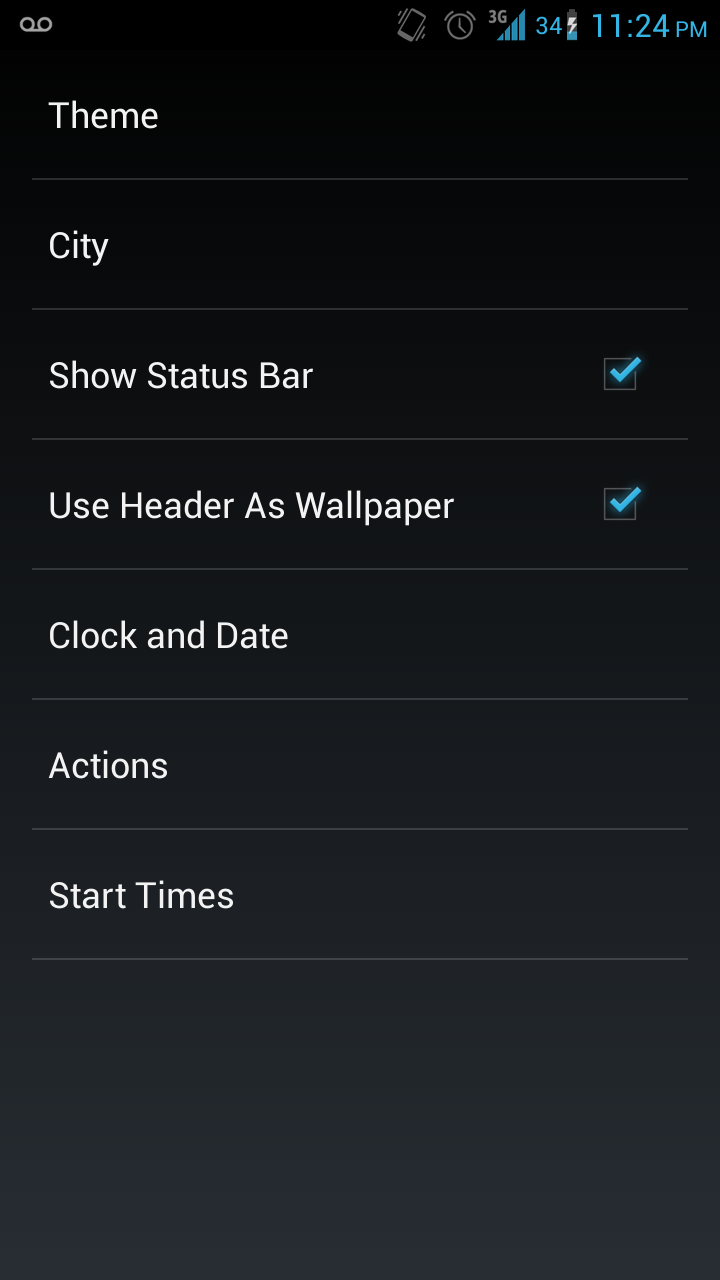 The settings for SF Launcher aren’t extensive, but it’s a pretty minimalistic launcher, so that’s to be expected. Users can choose a theme (light, dark, or auto), the city for the header, as well as change the color and size of both the clock and date. There’s also an option to hide the status bar, and to set the times of day that the auto theme changes from light to dark. 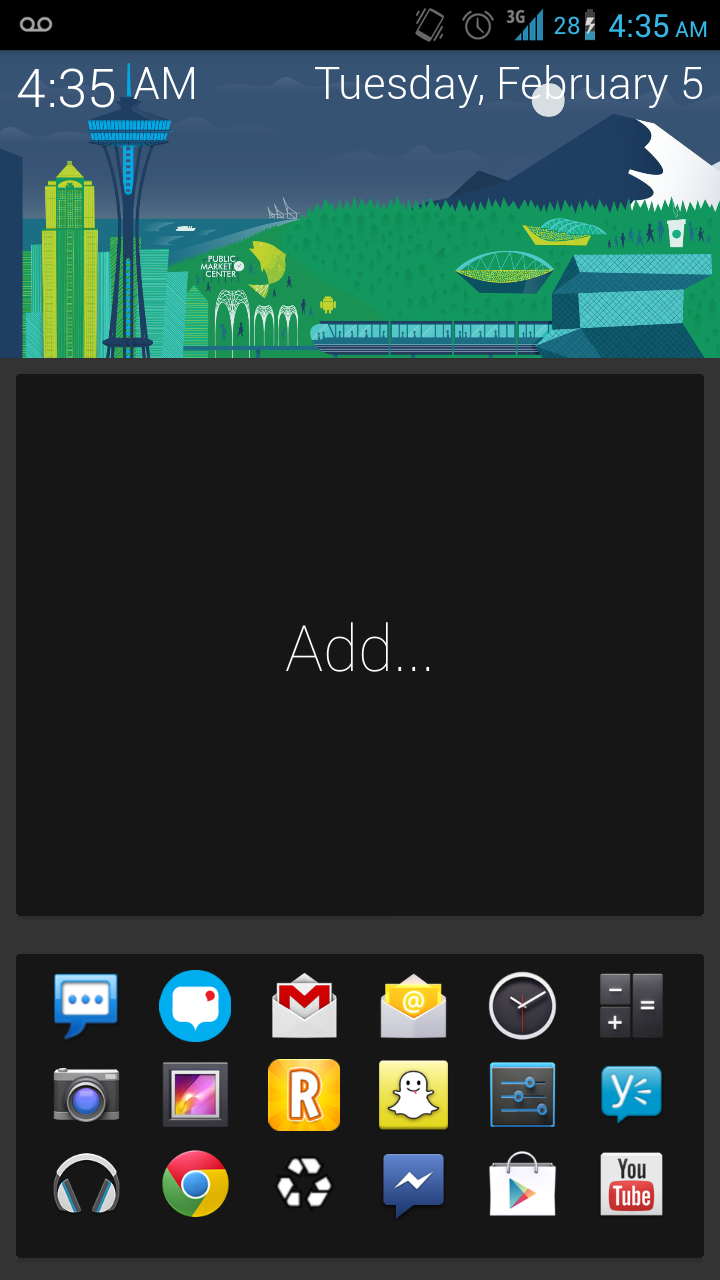 Moving on to the middle pane, which is more or less the home base of SF. In this panel, users are given two sections. The top section is reserved for widgets, and can be re-sized. The bottom section is called the “favorites” portion, wherein users can add their favorite apps. It’s worth noting that as the widgets pane is re-sized, the favorites section is fitted accordingly. In other words, if I make the widgets pane very small, the favorites section will become larger to fill the gap. So there’s a certain level of customization, although I expect that most users will keep both sections at a somewhat equal size. Still, the favorites section does become scroll-able if enough apps are added to it, so you could theoretically limit it to a single row.

Now, swiping to the right on the widgets pane brings up more widgets. This is convenient and simple, which is what SF does best. It’s unclear how many widgets users can add, but word is that eventually there will be an option to move widgets around. I have found only one bug with the widgets panel, useful as it may be. When swiping from one widget to the next, SF sometimes recognizes it as a long-press, which brings up the option to remove the widget. It’s not really bothersome, but I still hope that it’ll be fixed soon enough.

The favorites section is fairly simple. Users can adjust the number of columns, icon size, and text size, so there’s a bit of customization here. It does bother me that once the apps are placed in favorites, they can’t be rearranged at all. So if you’re extremely OCD like myself, you have to add the apps in a specific order to have them in the correct arrangement. Hopefully more customization here is something that Alamo Apps will be adding to SF Launcher sometime in the near future. 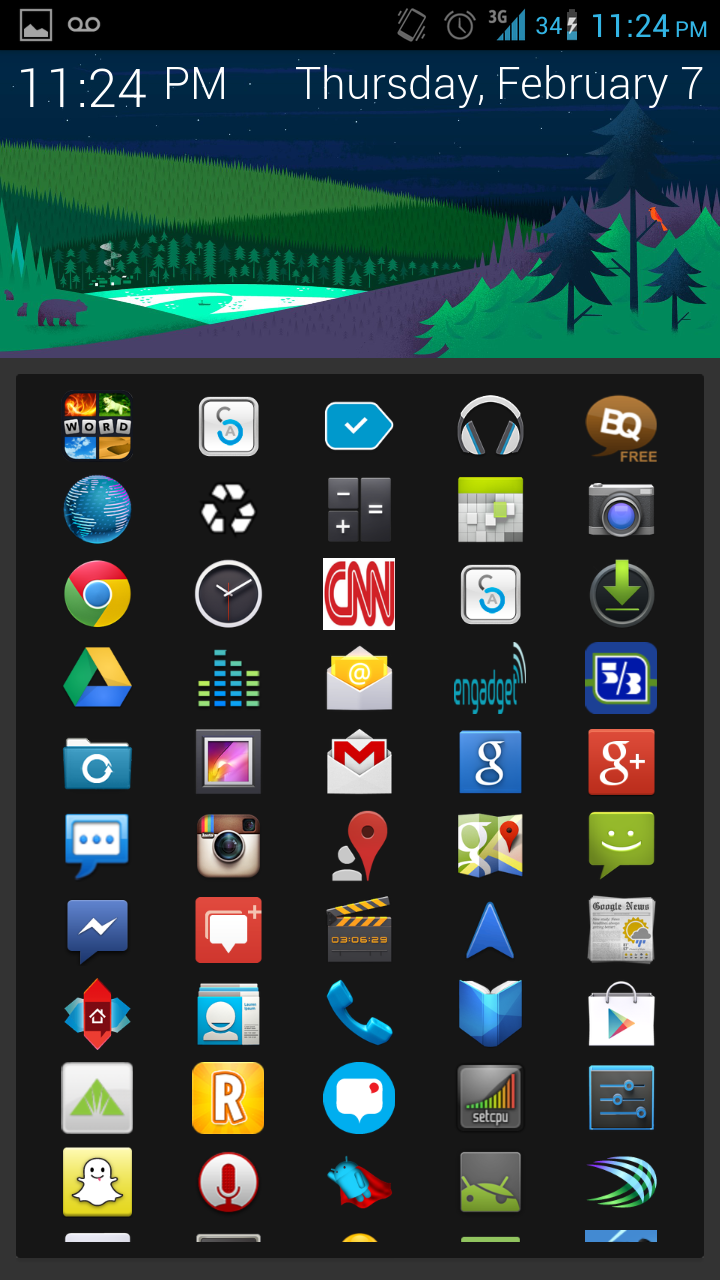 Finally, there’s not much to say about the rightmost panel. It’s a scroll-able list of all apps, and users can change the icon size, text size, and columns. So basically, it has the same settings as the favorites section. Long-pressing on an app in the apps list gives users the option to add it to favorites, uninstall it, or view the app’s info. That’s about all there is to the apps list, although I don’t expect something so rudimentary to have a lot of bells and whistles.

SF Launcher has quickly climbed to the top of the mountain as the most minimalistic, yet fully useful launcher for me. It’s not perfect, but of course it is still sporting an alpha tag. It does what a home replacement should do: give users access to their apps and widgets as quickly and easily as possible. I’ve thoroughly enjoyed using SF Launcher over the past week, and intend to keep it as my go-to home replacement for quite some time. You can download the free alpha version of SF Launcher below, as well as the $1.99 Plus Key, which currently offers users the ability to use third-party icon packs. And if you’re looking for a few icon packs to use with SF Launcher, check out our top 25 list while you’re at it.