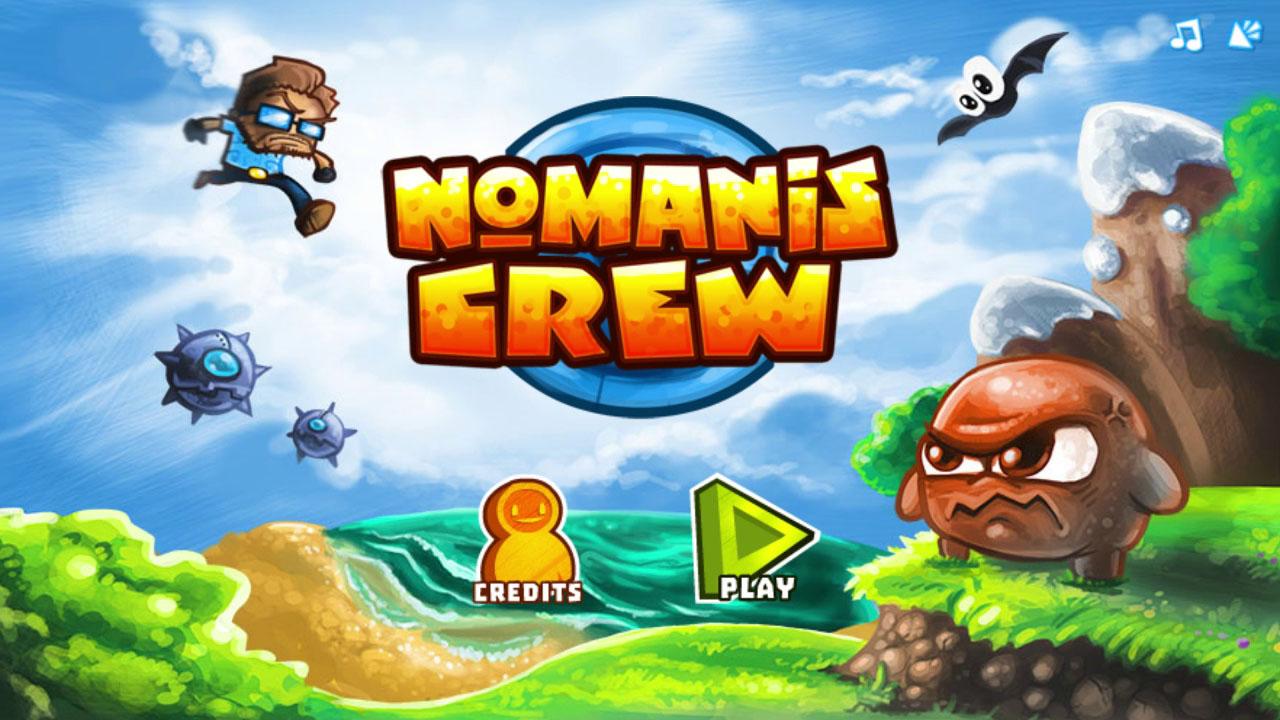 As an 80’s baby, I feel that I was immersed in the glory days of the arcade and the inception of console gaming. During that time, one of the popular gaming genres was side scrolling platformers like the iconic Mario, Teenage Mutant Ninja Turtles, Sonic and more. Since Google Play has emerged as a legitimate gaming space it has seen its share of side scrolling emulators. To be honest some things should just be left alone and not messed with.

We have another entry into the side scrolling game genre Nomanis Crew now available for download via The Google Playstore for $1.10. Nomanis Crew claims to be a fun challenging Super Mario style side-scroller that merges retro game play with awesome new behaviors.  Let’s see if Nomanis Crew can provide some good entertainment, unlike the many others that have tried and failed.

In this sidescrolling platform adventure Nomanis Crew, you play as Nomanis (a game developer from Twitch)  who was released from a cage by a lazy guardian angel. He has now been granted the strength and the ability to glide and sets out on his quest traveling the island to unlock his friends the Gorliks.

After I figured out the button controls I was pleased to see high-quality graphics and an upbeat audio soundtrack playing in the background.  As I went through the first few levels I quickly realized that each level was extremely short in distance although it was difficult to complete the levels. I had to think quickly to figure out how to properly use my ability to jump and glide from platform to platform or flee from the enemy. Each level you are challenged to free a caged friend, collect coins, and avoid being killed by creatures. The more levels you complete the more intricate and diverse they became making it more perplexing to complete.

Nomanis Crew took an old dog and taught it one or two new tricks, although those new tricks were packed with quality graphics, cool characters, and an array of foes. 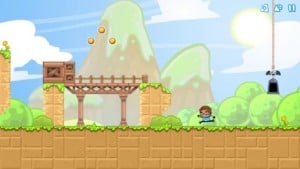 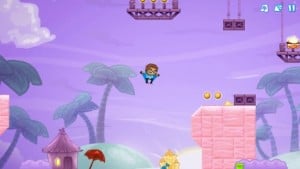 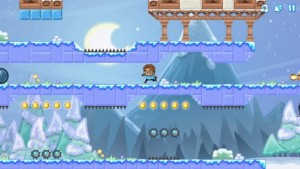 Who is Nomanis Crew for?

Nomanis Crew is good for those interested in the side-scrolling platform but are uninterested in easy tasks and lackluster graphics.  Casual gamers beware you can play Nomanis Crew casually although this is not a game of instant gratification. You will have to take time and think before you make moves and be thankful you have unlimited lives because you will need it.

Nomanis Crew is a game of high-resolution pure puzzling fun well thought out and brilliantly executed. Nomanis Crew used the blueprint of previous successful side-scrolling platforms gave it a new identity, made it much more challenging and broke the mold of uncreative and unplayable copy cats.