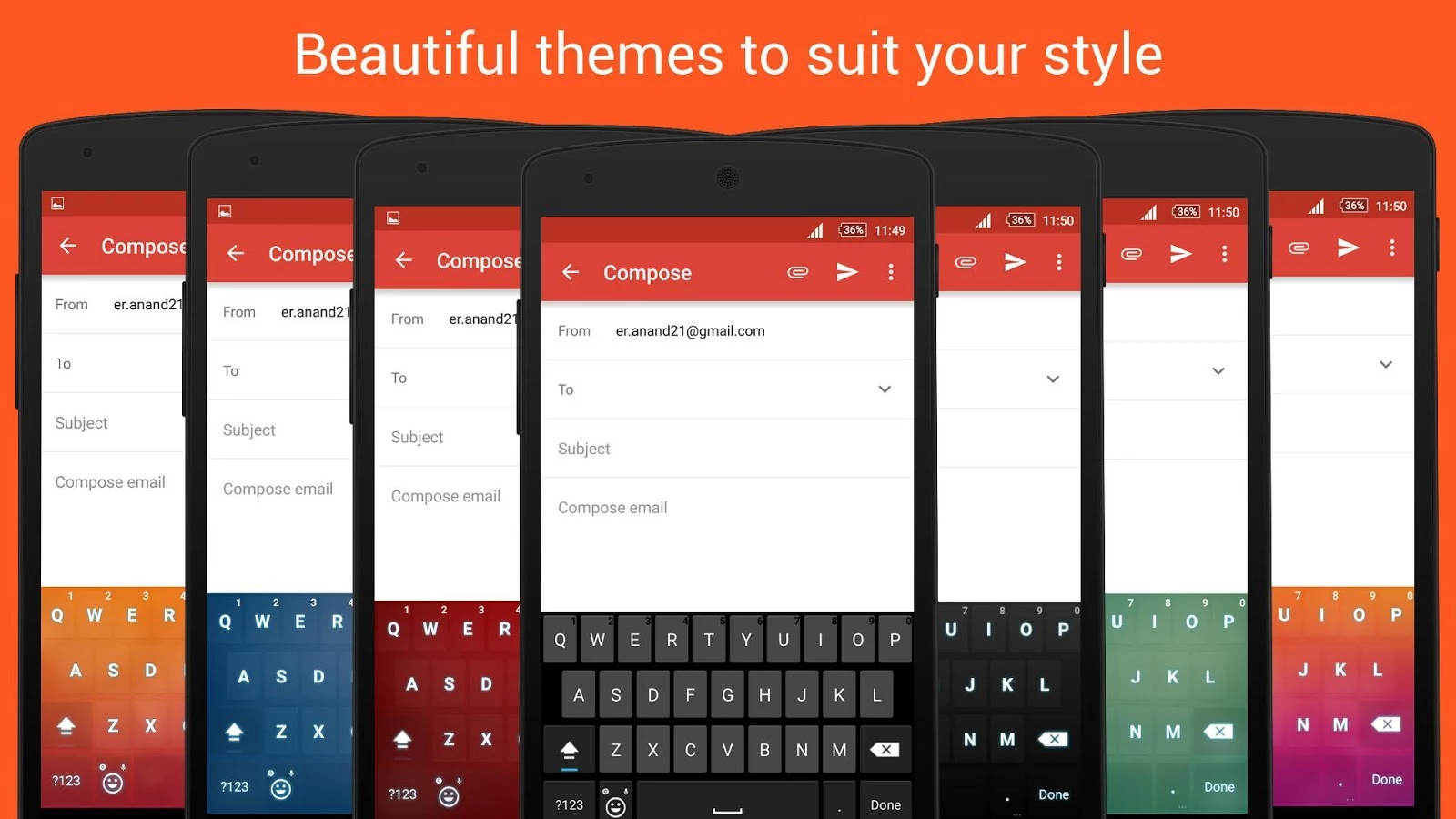 With the recent acquisition of SwiftKey by Microsoft, interest in alternative keyboards has sparked. There’s a wealth of alternatives in the Play Store, including household names like Swype, TouchPal, Fleksy and Google Keyboard. In a category where companies rely on licensing or micro-transactions to sustain themselves, Smart Emoji Keyboard (by the appropriately-called Keyboard Apps Developer) offers a completely free alternative, albeit with very heavy advertising, along with features that users have come to expect from a keyboard.

For those with limited internal storage, you’ll be happy to know that Smart Emoji Keyboard weighs only 8.99 MB. With competitors such as SwiftKey and Google Keyboard clocking at 20+ MB, it’s a big advantage for users that make each MB count.

If you’ve installed a third-party keyboard before, you know what to expect from a keyboard setup. In case you haven’t, the 2-step process involves enabling Smart Emoji Keyboard from a list of installed keyboards, and then setting it as the default one. Unfortunately, upon opening the app for the first time, you’ll begin the ad-riddled journey that this app offers with a full screen ad. After ignoring it, you’ll finally be presented with the app’s setup screen.

The app’s main interface focuses on customizing the keyboard through themes. This is a necessity, given that the default, Holo-inspired theme makes your keyboard look like it was shipped four years ago. There are some bundled themes, with more options available through the Play Store, completely free of charge. There’s a Material Design theme (curiously called Android L) among the downloadable offerings to bring it to our times.

Unfortunately, testing new appearances is a chore because every time you change a theme, a full screen ad shows up. I’m aware that the keyboard and its themes are provided for free, but seeing so many full screen ads in such a short span of time left a bad taste in my mouth. If it wasn’t enough, there’s a screen dedicated to promoting other keyboards, and each time you swipe to it, another full screen ad shows its ugly face.

Using the keyboard itself, I found an acceptable performance throughout different apps. It’s not as snappy as Google Keyboard, and it definitely doesn’t have beautiful animations like Fleksy, but it gets the job done. However, the key press pop-up tends to lag and display erratic behavior, especially when pressing the space bar. To change between languages, you can swipe the space bar.

It’s worth noting that auto-correct tends to be more effective in English than in Spanish, and that there’s no next word suggestion whatsoever. There’s English-only voice input, though, which uses Google’s voice recognition.

Emojis are undoubtedly one of the main features of the app (it’s even named after them). Even though it certainly has emojis (which are easily accessible through a button at the left of the space bar), the keyboard doesn’t feature the newest ones introduced by Google and Apple at the end of 2015.

The keyboard options can be accessed by pressing the gear icon at the bottom of the app, or by long-pressing the emoji key. After enduring the now-predictable full screen ad, you are shown settings such as auto-capitalization, suggestions, auto-complete and input languages.

Dictionaries are available for different variants of English, Spanish, French and Portuguese only. There’s also options to add a number row, a hugely requested, but rarely acknowledged feature. However, contact suggestions, dictionary improvements through social media analysis or different layouts are nowhere to be found.

If Smart Emoji Keyboard sounds like a run-of-the-mill keyboard, it’s because it is. There’s no feature that makes it stand out, and you know things aren’t good when one of the biggest talking points about it is the unrestrained amount of ads.

In a hypothetical world where Google Keyboard, Fleksy and Swiftkey are sold for a hefty fee, customers may put up with pesky monetization methods in exchange for a free experience. However, that’s not our world, so Smart Emoji Keyboard must find an alternative way of making money and a killer feature in order to stay relevant.

Tap Titans 2: How can tapping the screen be so fun? (Review)