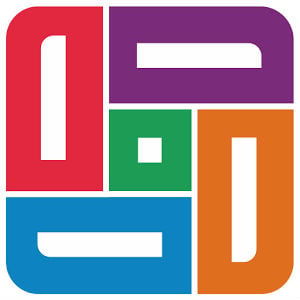 I’m not much of a gamer. In fact, Smarty Tiles was the first game I downloaded on my Moto X (2013) since I bought the smartphone last October (2013). As a result, I won’t make any comparisons between Smarty Tiles and other games. Instead, I’ve put together a panel of expert gamers; my 8 year old son, and his two friends (10 & 6).

Before we get into their expert review of Smarty Tiles, a little background information.

Smarty Tiles is the first attempt at a game by ASTRARIS, a one-man developer. The design of the game was inspired by Windows 8. He liked the minimalist look of the tiles and used that to create a game that challenges the mind, and quickens the reflexes. The game itself was inspired by the Stroop Effect, which synchronizes the two hemispheres of the brain. After about 6 weeks of development Smarty Tiles has combined the design inspiration and the game inspiration into a simple, and beautiful app.

The idea for the game is pretty basic. You are presented with a colored block and a word inside the block. The word may or may not be the color of the block. So for example, you might see an orange block with the word “blue” inside of it. In this case, you would tap the NO option and move on to the next block. In short,

The challenge comes as you are given less and less time to read, discern, and tap. It’s kind of like that old game where you would ask someone to say “fork” ten times, then ask them what you eat soup with. The brain takes a second to make the connection. If you aren’t on your toes, and you are worried about time expiring, then you might just choose poorly. Smarty Tiles gets more complicated as the color pallet expands and the words are presented in different colors. You might get an orange block with the green word “blue” in it. Is your head hurting yet?

I spent some time playing the game at its most basic level, and found that my brain was definitely engaged in the activity. This is not a passive, mind numbing game you play when you want to relax on the couch at night. This is a game to help improve focus and reaction time. I dared not attempt the more advanced levels of the game for fear of looking foolish in front of my gaming experts.

Let’s see what they had to say.

Like – “I like that it has colors and it cheers when you get a new high score.”

Dislike – “I don’t dislike anything about it.”

Like – “It’s a challenging game and it really has your brain working.”

Dislike – “I don’t like that the game is over when you press the wrong button.”

Like – “It’s a fun game. You get really competitive.”

Dislike – “It’s hard and it goes a little bit fast. You might freak out and press the wrong button.”

All three kids agreed Smarty Tiles was good for anyone 8 years old and up. The 6 year old would not recommend it to his friends, but the other two would. If play time is any indication, all three kids were done playing in about 10 minutes. Now, they are in their shared Minecraft world. To be fair, all three are addicted to Minecraft, and it’s half the reason they look forward to hanging out together. There are 26 different game modes to chose from. You can go from simple, yet challenging, to just about impossible. One of the best parts about the game is that there are no in-app purchases (Full Disclosure: I’m totally biased towards apps that do not have in-app purchases). Smarty Tiles is also available in 9 different languages, so if you want to make it really difficult, try playing in Korean (unless you speak Korean, then try Russian).

https://youtu.be/ebjxK4F7VUs You've seen the game advertised inside of other apps - sling your arrow down a path,...