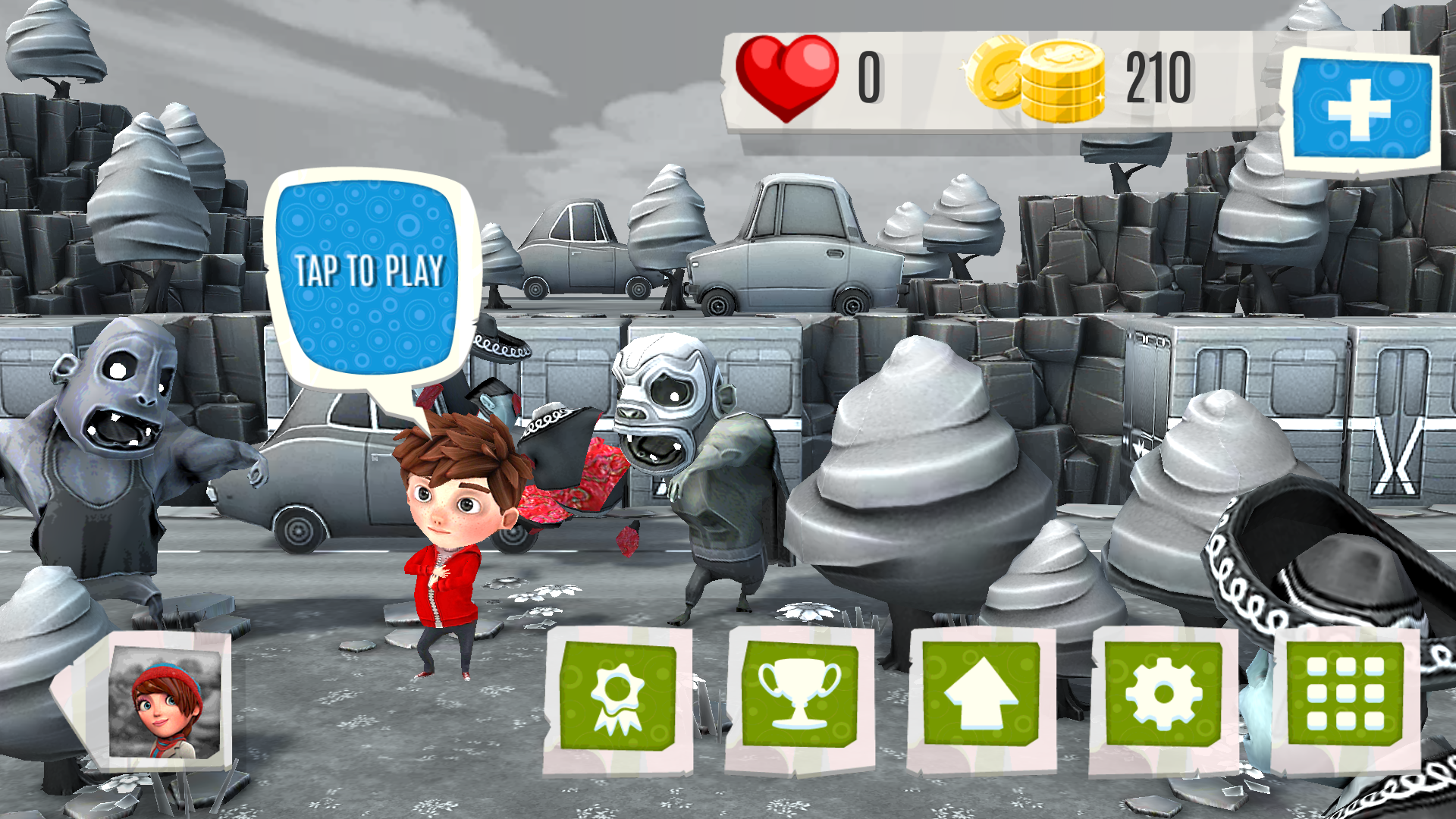 Zombies have a huge role in our current pop culture. Therefore, it is no surprise that most of the games on the Google Play Store are related to shooting up the brain-seeking undead.

However, since there is a myriad of zombie-based games, there can only exist a few good ones that are actually, well, good.

Watch out, zombies! (great title, by the way) is one of those typical zombie games, with a twist in gameplay. Long story short, it’s kind of like Frogger (NES nostalgia ensues) with a few more added elements.

Let’s get cracking, then! 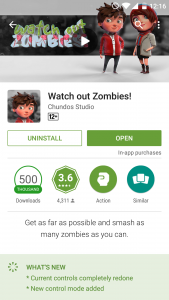 Setting up Watch Out, Zombies! doesn’t require any more effort than tapping on your smartphone’s screen a couple of times. It is basically like installing any other typical application.

You install the game through the Google Play Store, and you run it. That’s all there is to it.

Since I was a tad bit curious, I decided to check out the permissions this game requires for comfortable gameplay, and to no surprise, I found all the usual ones a game needs. (You really don’t want the NSA spying on you)

Of course, you can deny the game any of the permissions that make you feel uncomfortable. That is, if you’re running Android Marshmallow.

When I started the game, it had a good impression on me. It seems that the developers really did put a lot of effort into this game. 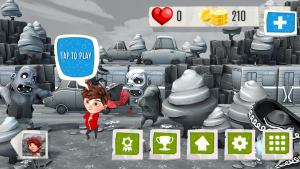 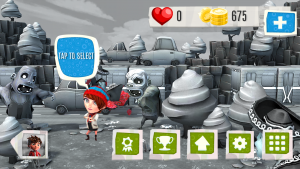 Not really a game changer (pun totally intended) but a sweet addition.

The menu seems easy to navigate through and is quite user friendly.

The game is really well-built. You just tap on screen to start the game, and you’re in!

In the main menu, you can switch between 2 characters. Namely, a boy and a girl. As you progress in the game, you earn coins, which you can spend on in-game upgrades like your speed, and coin frequency.

There also exists in-app purchases, where you can spend real-life money on coins.

Let me just take a moment to point out the sass on that boy. This kid’s got sass for days! 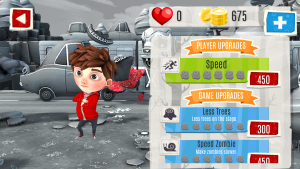 Well, back to topic. The entire game is in gray-scale, while you’re the only thing that’s in color. It gives you quite the contrast between the living and the dead. 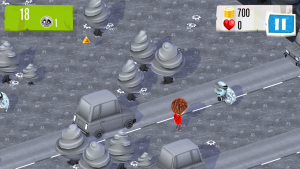 You hop along, evading zombies, and crossing lanes making sure will not be run over by the passing cars. Did I mention you’ll be able to run over zombies by using the cars to your advantage?

This is the sector where the game falls back a little. If you remember Frogger as well as I do, the control system only consisted of four buttons.

Watch Out, Zombies! utilizes the same control system, which is a serious caveat. You swipe up to go forward, down to go back, left to move left, and right to move right.

But, this control system is quite slow and poses a hindrance to the overall smoothness of the game. However, judging by the developer’s comments, they’re working on a new control system,which I hope will come soon.

Watch Out, Zombies! is a well-designed game. The interface is user friendly, and the gameplay is excellent.

It is somewhat visually aesthetic, because there’s nothing graceful in watching zombies eat brains. You also have the choice to choose your character, and also purchase various upgrades to help you with the game.

A word of caution: This game is graphically demanding. In the sense, that the game must need a mid-range smartphone to run comfortably.

Also, the control system is also a serious issue. An analog system would be lots better, in my opinion. Hopefully, they get that fixed.

Also, the advertising at this point is quite annoying. You can purchase the No Ads version, though.

This game is unique in the sense that it is the only one of its kind (at the time of writing). Long story short, you can say that Watch Out, Zombies! is pretty killer.

Alright, I’ll show myself out.