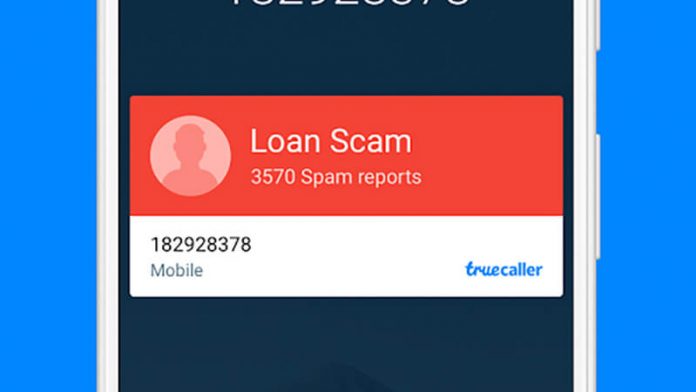 Spam calls or messages or even spam emails are some of the things we all hate and wish we never have to handle them or even receive them in the first place. While blocking spam emails is relatively easy and could be avoided by simply keeping our email ids confidential, it is not as easy to avoid spam calls or text messages.

Because you might get spam or an advertising call from anyone ranging from telemarketers, unknown callers, scammers or even from your carrier calling at you at a wrong time or a place. Unfortunately, like email service providers, most Android phones do not come with a built-in option to prevent or block these spam calls or messages.

If you are someone who receives a lot of calls from unknown numbers on a daily basis regarding your work, then you might have a hard time trying to figure out whether the call you are getting from an unknown is a genuine call you are expecting or just Tranother scammer trying to annoy you and waste your time.

Truecaller is a free app for Android that can help you with this situation. The app automatically identifies the number and will display the name of the contact so you can be sure to know who is calling from the unknown number before picking up the call. The app also warns you if the number has been marked as spam and provides you with options to automatically block such calls or messages.

The app also identifies unknown numbers in social media messaging apps like Whatsapp or your normal text messaging apps. You can also manually enter any number you want to the app to find out the contact details of it. The app also comes with an option to record calls from an unknown number and save them to your device so that you can listen to the recorded call whenever you want or share the file to anyone.

Just like the Truecaller app, the Whoscall app for Android also detects and blocks spam calls and spam messages in your device. The app displays the information of all the calls or messages you receive in your device in real time thus allowing you to either reject a call without ever having to attend a scam or an advertising call.

The unique feature in the Whoscall app is that it has an offline database of numbers and their contact details, so unlike Truecaller, you need not be connected to the internet to get information of an unknown number in Whoscall. You can subscribe for the premium version to remove ads and extend the list of unknown callers contact information in the offline database.

If you do not want an app to access your contact details but would still like to block spam calls and messages on your device, then you could try using the Should I Answer app for Android. The app basically works based on a rating system and you can set options to either block calls from numbers with a negative rating or display a notification with ratings of all calls you get from unknown numbers.

The Should I Answer does not read the information of the contacts stored in your device nor it adds any ratings for them. You can also use the app to block outgoing calls to specific numbers and it also has an offline database like the Whoscall app.

Play Store Link: Should I Answer

Just the like name suggests, Call Blocker is a simple spam call blocking app for Android which does not have huge databases or real-time call identification features like Truecaller or Whoscall. However, it can still be used to block calls from unknown numbers and scammers by manually adding them to a blacklist. You can also add specific numbers to the blacklist or even collectively block calls that have numbers starting with a particular prefix.

Apart from identifying and blocking spam calls and messages on your device, and providing you with details of their number, Sync.ME for Android also offers you details such as their usernames in different social media profiles, the pictures they have posted online and many more. It even displays other details the contact has shared online like their address, email id, and their recent status updates.

The app also allows you to create your own block list and automatically blocks well-known scammers and advertisers from calling or texting your number. You can even set the app to automatically update all your contact images to their Facebook or any other social media profile pic and set a unique video ringtone for them.

Hiya is an app for Android that not only prevents and blocks spam calls and messages in your phone but also detects and warns you about any kind of viruses or links that might contain malware present in any of your text messages. You can also report a call as a scam or a fraudulent call and it will be updated to the database to warn the other users of the app.

The default spam blocker in the app automatically blocks all the scammers and advertisers from contacting you and you can also add any unwanted numbers to the block list to stop receiving calls from certain contacts. The app will warn you whenever you are getting a call from a known scammer and with the live caller ID feature you can identify who is calling you before actually picking up the call.

The Call Control has an Area code screener feature which allows you to block calls or messages that are from a particular area. Another unique feature in the Call Control app is that it has an option to create a personal allow list, where you can add the numbers of contacts and set up a scheduled time and the app will block anyone who calls you except those in the allow list for that particular time period.

The app also has a community forum where you can view details about spam calls, read complaints of other users, interact with them and even report about the scam or advertising calls you have received and add them to the database. You can set the app to block calls from the community blacklist which will automatically block spam calls and messages from commonly known scammers or fraudulent numbers.

Mr. Number has an option to automatically intercept and block calls from private or unknown numbers so they directly get sent to voicemail. You can then later identify the information of these unknown numbers and decide whether to listen to their voicemail or not thus saving you a lot of time by avoiding scammers and advertisers. You also have the option to block calls from particular numbers, area codes and even an entire country.

Showcaller is a spam calls blocker app and it even works offline by identify calls from unknown numbers and scammers and displaying their caller id information in real time. The app also has a built in call recording function which can be set to either record all calls or only record calls from unknown numbers. The app is also lightweight and as it works offline it might not have a significant impact on your battery life as other apps in the list does.