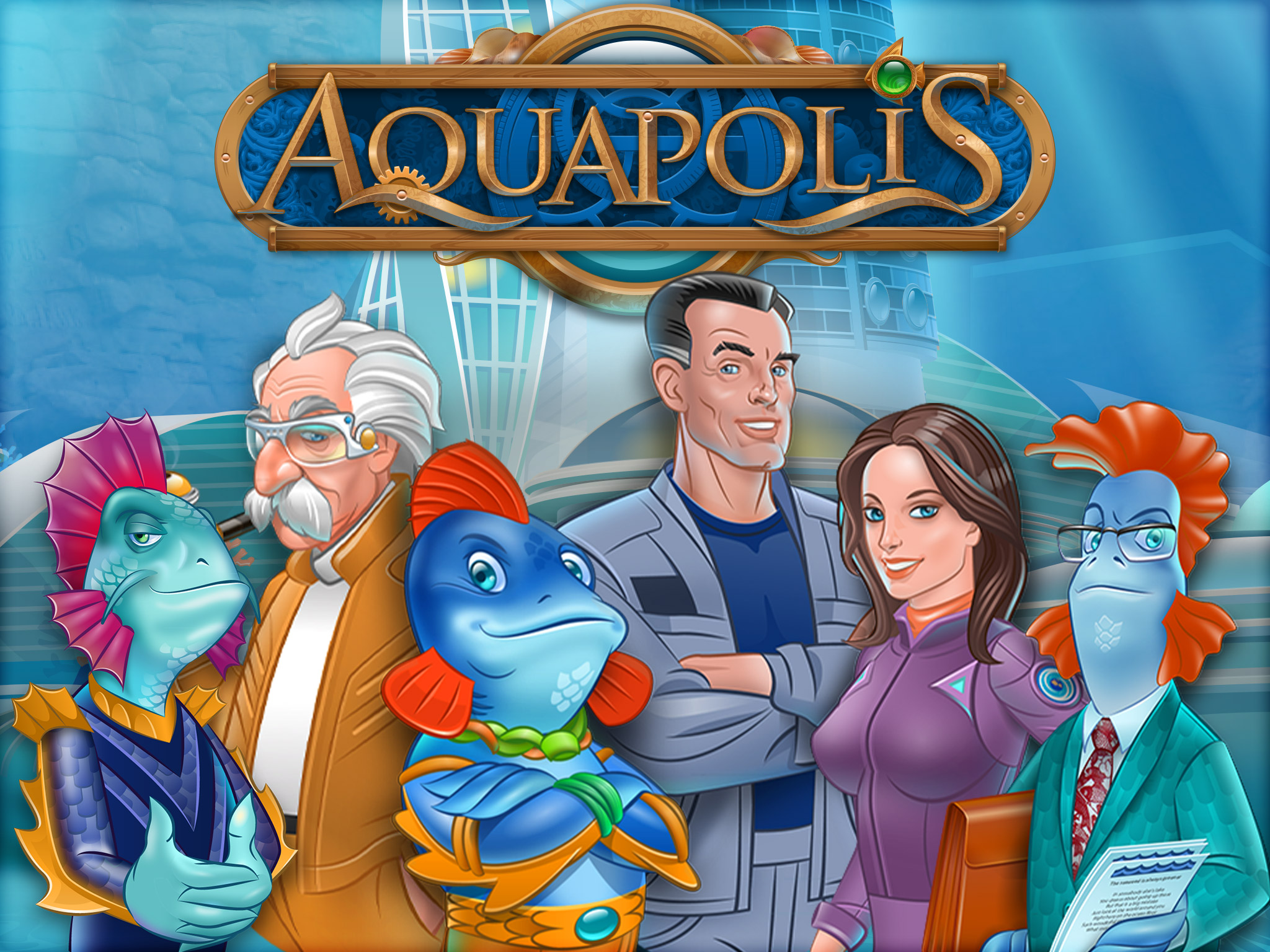 Candy Grill’s Aquapolis is a city builder simulator in a market saturated with games like it, such as SimCity BuildIt.

However, it attempts to separate itself from the others in its genre with its story. It begins with a team of space travelers who lost contact with Earth for a year. When they returned to the planet, they discovered that it was covered entirely with water. The group then was forced to eject from its ship with an escape pod because it was unable to change course.

The pod traveled to the ocean floor where the three discovered fish-like humanoids.  Like the space travelers, the creatures did not know what happened to Earth. They explained they would help the team as long as it took for the requests of their citizens. Naturally, both parties agreed to the mutual relationship.

As with most apps on Google Play, download, install, and open Aquapolis to get started. You’ll be met with the game’s introductory cutscene. After you finish it, you’ll have the option to connect to Google Play Games. 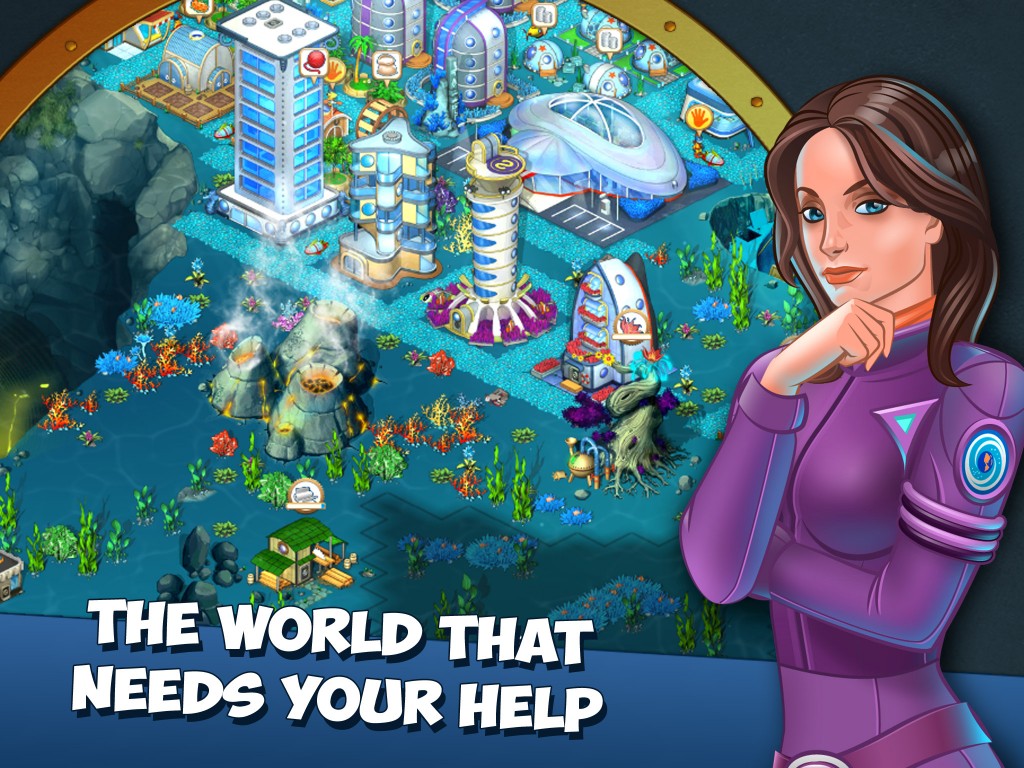 Aquapolis‘ gameplay is that of your typical city simulator. The player constructs homes, buildings, and products using currency and/or existing resources within a set zone which expands as he or she levels up. You gain currency by collecting taxes from the homes.

As you level up, you can replace or upgrade your existing structures, make new products and research and develop new technologies (think flour and sugar). 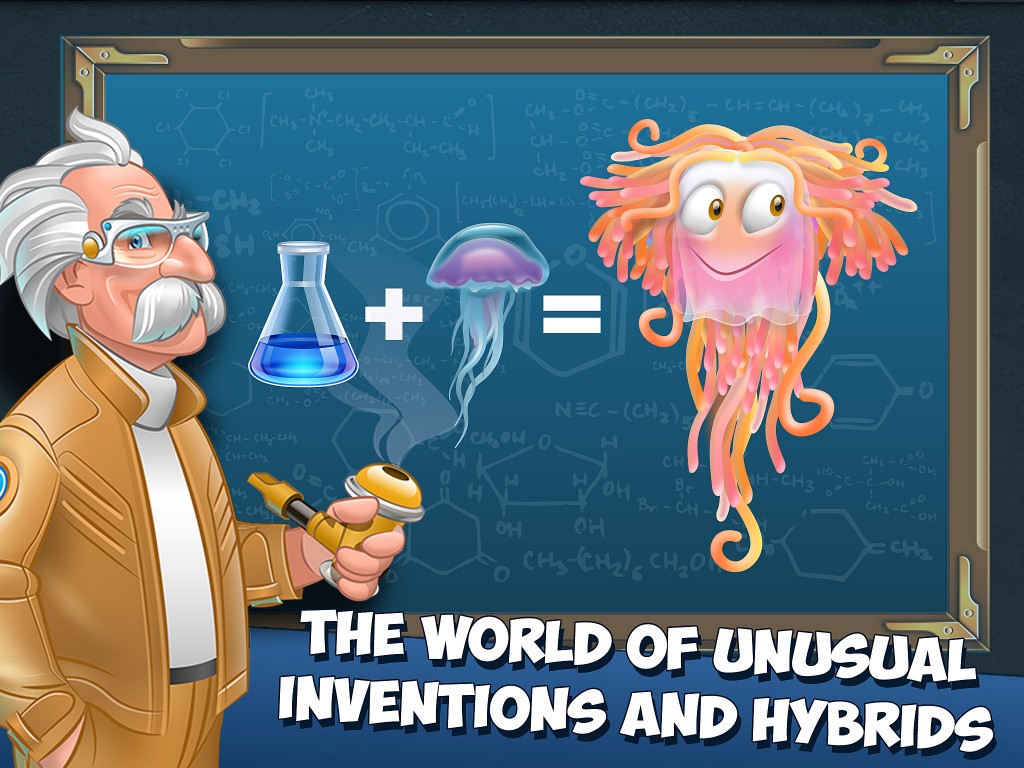 The creatures will walk to and around the buildings at times. If they need something, a circular icon will appear above their heads with the desired item. There is also a rectangular icon, which appears over houses and buildings and indicate there is a specific product or currency to collect from either. 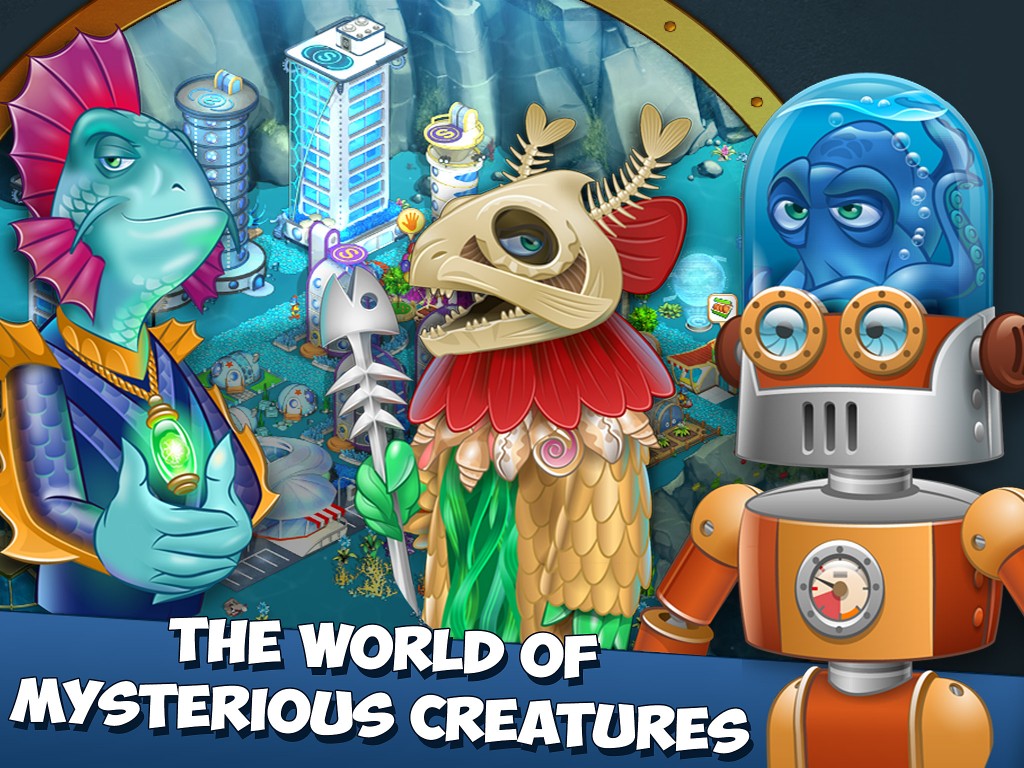 Speaking of currencies, there are two: common coins and and rarer gems (possibly rubies). Coins are used to purchase houses and buildings, and gems are used to skip farming times. There is a shop where you can purchase either with real-world currency.

Next, I want to address the few issues I had with the controls.

To begin, I had trouble exiting Aquapolis each time. I had to hold down the power button in order to force the on-screen buttons to appear, then I could press the home button to leave the game and remove it from memory after that.

Lastly, a guide arrow remained on screen after I had completed a quest. It was no longer there on my next playthrough.

Aquapolis is a well-designed game, but I’m not sure if it is does anything much differently from its contemporaries. To be fair, this is the first city simulator I’ve played on any mobile platform. Therefore, I can’t tell how unique it is even to have a story in this game.

Nevertheless, I will say it is worth your time if you like city simulators. Just keep the paywall, which is typical in free-to-play games, in mind when you start. Be prepared to spend some time waiting or to use money.