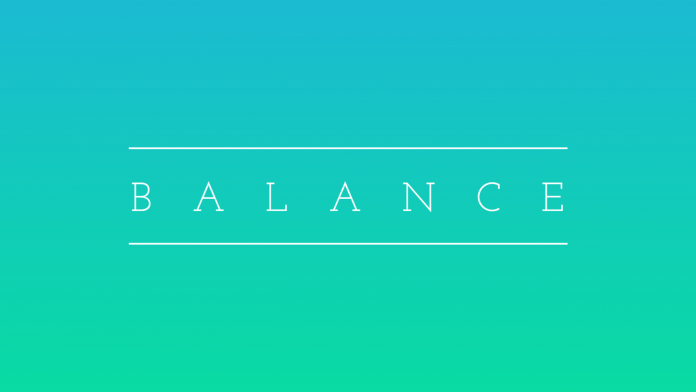 I’ll be honest. I don’t really know much about how electricity works. Yes, I remember doing experiments in high school about opening and closing circuits, and there was a potato clock or something that I made once, but for the most part I flip a switch and stuff just happens.

How does it happen?

I don’t know, but I use to assume it was either people who were way smarter than I am or magic. Probably magic. Balance is an interesting little puzzle game that is brought to us by Statnett, the system operators of the Norwegian energy system. This game attempts to show what it’s like to be in charge of an energy grid and all the trials that come along with it. Buckle up, boys and girls, because we’re going to take a look at the magic behind why you have the electricity to read this right now.

You are presented with your power station and a nearby town or two that need power. Starting off you just need to use your power lines to connect your station to the town. You then have a meter on the left that you use to adjust how much power goes out. Too little and the town doesn’t have enough power to operate. Too much and your lines will overload.

Then the rest of your charge can safely travel across the lower voltage lines. After a little practice with this new concept of higher voltage lines, you’re presented with your first head scratcher puzzle where halfway through the round a tree branch falls on one of your lines and your town will be out of power until repairs are made. Not only this but the longer your town is without power, your level progress bar starts to decline, taking you longer to complete the round and reducing your odds of getting 3 stars.

It’s when these challenges start to occur that you start to realize why it’s called a power grid because your find yourself having grid-like connections between towns and generators so that if anything does happen, you’ll be covered. You start this game thinking very straightforward, just connecting point A to point B, but as you play, through necessity, you being to think beyond this linear thinking and start planning for whatever your town might need as the level progresses. Soon you’ll be balancing power back and forth between two stations, using even higher voltage wires as you daisy-chain 6 towns together, and you’ll have backups on your backups.

The game does a great job of pacing these tasks so each level will make you think, but using your prior knowledge you will be able to problem solve solutions on the fly.

Controls are pretty simple. The world is based on a giant grid. You just tap what kind of wires you want, tap a starting point at either the power station or at a town, and then tap each grid space where you want wires to be. Once you reach your town, just tap the plug icon that pops up. There is a slider on the right side of the screen when you tap on a power company that controls their output.

There are times when I will be tapping on a section of wire and the game thinks I’m tapping on the space next to it. There are also speech bubbles that pop up from each town on occasion. It’s fun sayings like “Hey, why won’t my TV work?” and at first I found it rather charming, however, you are not able to tap behind these bubbles, and if you tap them they don’t get dismissed. Nothing is worse than tapping out a power grid to have a town complain about having no power and blocking you from connecting to them. I’m trying to help you! Just let me help you! You can dismiss them by tapping various buildings around the map, but to stop one action to randomly click stuff for no purpose other than to get the game in check is highly annoying.

Balance uses detailed little buildings and power plants but still keeps a rather minimalistic feel to the game, with landscapes having few details. Wires come to life with a bright blue glow depending on the power running through them. Overloaded wires start turning red and produce smoke once blown. The soundtrack is peaceful and calm, and the sound effects fit the game, but the sounds overall are forgettable.

There’s a whole slew of levels to play through, with more getting unlocked based upon how many stars you collect in each level. There are also bonus levels to unlock with keys that you can earn by completing secondary objectives. There are lots of disasters to work your way around and the levels do require some out of the box thinking. Once you finish the game, it may not be the kind of game that you go back to, because once it’s done, it’s done. I hope that in future updates more levels are added because it really is a blast to pick up and play in short bursts.

Balance is a really fun game. It’s a pretty straightforward puzzle game that teaches you how to play as you go, but while it might give you the tools, it really relies on you to use the skills that you’ve learned and figure out how to use them in new ways. There are occasional hiccups with the touch controls selecting the wrong square or things being hidden behind word bubbles, but overall I had a lot of fun and have a new found respect for the magic that keeps a power grid up and running.