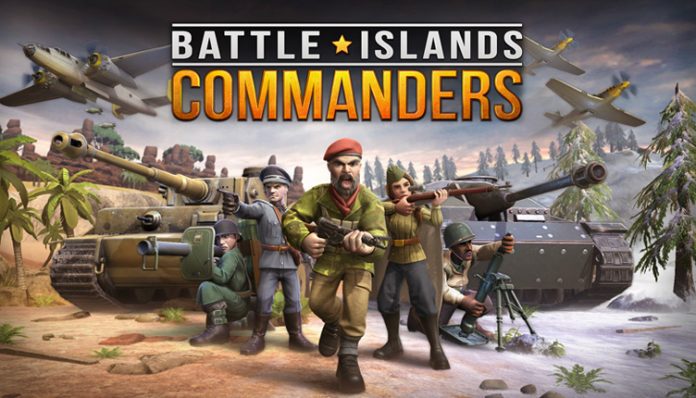 DISCLAIMER: We were provided with a code that provides us in-game currency. Boohoo, I know, but it has not influenced the review in any way.

Battle Islands: Commanders is a Clash Royale-style game (why does that concern me) made by 505 Games (I can feel my childhood coming back) that sets it’s premise to World War Two. You can see 505’s page on it here, where they provide links to download on Android, Apple, PlayStation 4, Xbox One, and Steam! Now that’s a collection!

Me being me, I always like to disclose the permissions an app uses. In this case, I have zero issues with Battle Islands and what it wants. Just storage (since it’s a large app) and the basics for any game.

Storage wise? As of writing, Commanders is using 291MB of storage. Those with newer phones shouldn’t need to worry, but you may need to if you have a smaller storage – say, 8GB. (Then again, Google Play Services is 473MB, so no worries!)

Now, For the main attraction…

(You are here to read a review of the game, after all.)

The gameplay plays like Clash Royale, but with more things stuck onto it. If you aren’t aware, these deck-building/tower-defense hybrids have you build a custom deck of up to 8 units, which you then take into a real-time battle with another player. by charging points (Called ‘command points’ in this case) you can summon units into battle. The goal? Destroy all 3 of your opponents buildings in 3 minutes. In the last minute, the rate you get command points doubles. In a tie, you get an extra minute – if it’s still a tie after that minute, the game ends in a draw. Sounds simple, right?

Of course, winning games (or earning stars in a game, although this can be slower) earns you chests. These little guys give you money (or ‘supplies’, in this case) as well as some unit cards. Said cards can be used in the deck editor to upgrade existing cards(if you have more than 1 of them) or be swapped out.

Tutorials? Much like similar games, the tutorial is in-depth and covers everything it can. I won’t narrate it here, it is a long one, but be assured that you will know how to play after it.

There are also alliances, where you can team with players and give them cards. And then leaderboards, which allow you to watch some of the top fights.

As for looks and sound, 505 have done well. You can tell that a lot of detail has gone into every single unit. Oh, did I say each unit is individually voiced in a variety of languages and accents?

English and American Accents? Got ’em. You want German and French units, with accents thicker than butter? Sure! But you must keep the Australian flamethrower guy. That accent warrants special powers. You must adhere to these powers.

Overall? Not too shabby, 505. Not too shabby. I was expecting a disappointing clone of Clash Royale, but it’s gone beyond the base to make a feasible product. Fairly good gameplay, sounds and graphics are pleasantly surprising, and I can’t really complain over the IAP’s. Only real issue is that the game’s play store page can is a little confusing in its layout, but that’s not too bad. They just used PC screenshots, that’s all.