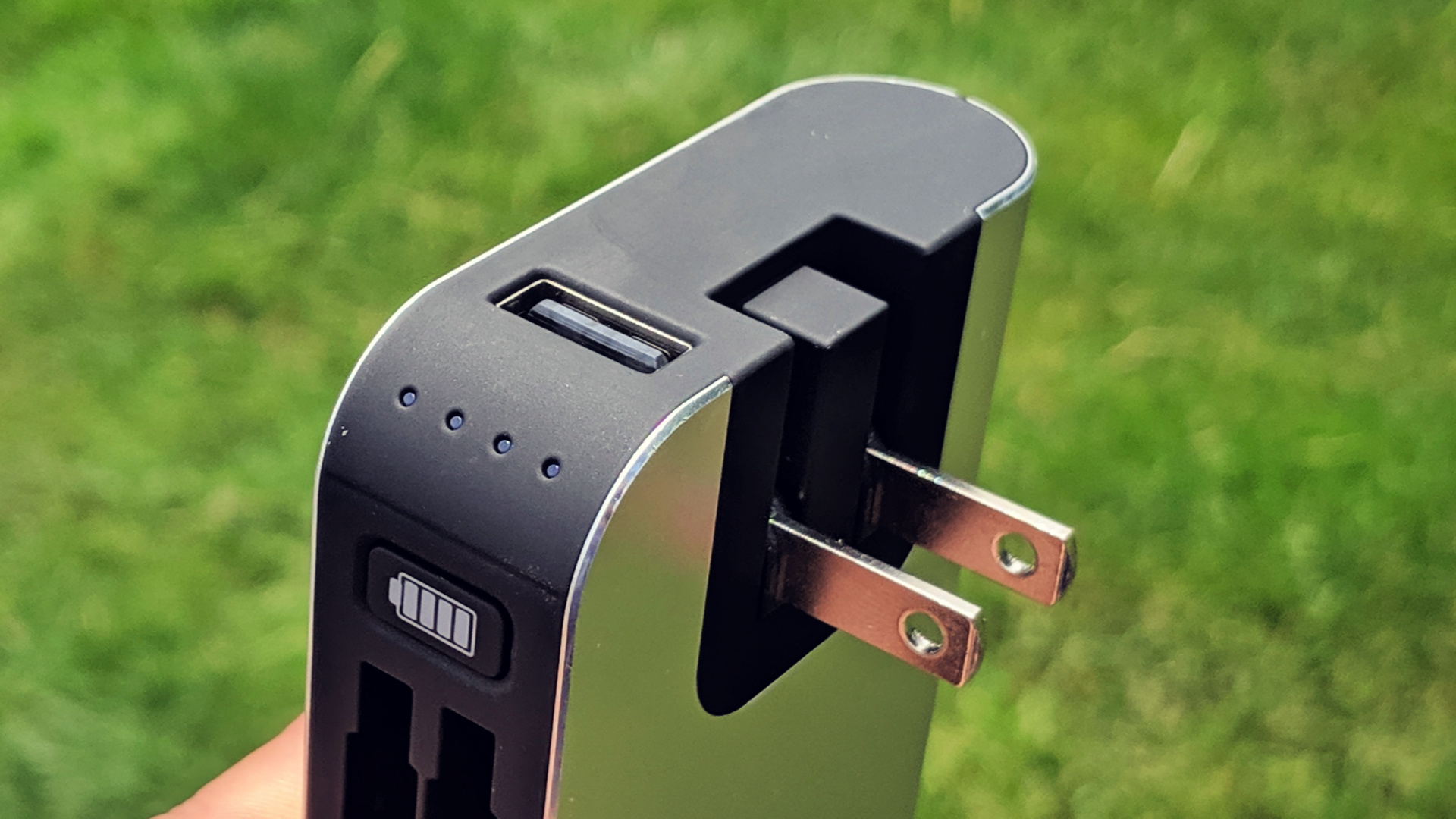 We’re back with another roundup of cool gadgets worth checking out. While we tend to focus our reviews on mobile phones and accessories, sometimes we get the chance to try things that fall just a bit outside of that space. Nevertheless, we think they’re the sort of things that our readers might enjoy learning about.

For this edition we take a look at a solid state drive for a laptop, portable charger, dashboard mount, phone stand, and sound machine. Cool, right? We like ’em all enough to recommend them so that’s exactly what we’re doing.

It wasn’t all that long ago that having a terabyte of hard drive space was considered overkill or at least future-proof. This was, of course, in the days before 4G LTE, 4K video, and incredibly massive files. Sending, receiving, and storing data has changed dramatically in the last decade and our needs have evolved. 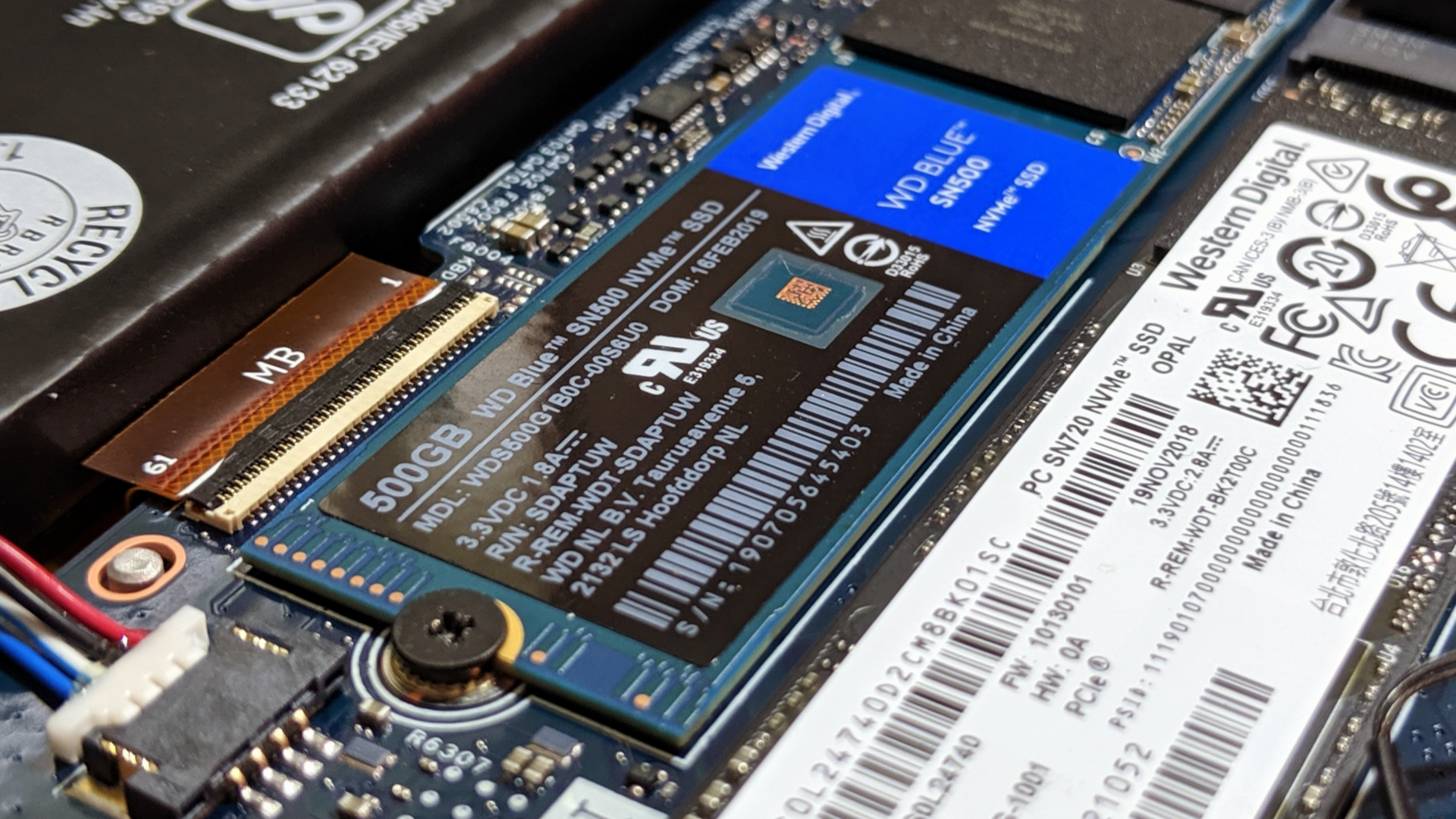 That we simply have a large hard drive isn’t enough any longer. Files are so big now that they must also be fast and stable. Nobody wants to sit around waiting for things to copy or save.

When it comes to efficiency and value, Western Digital has a compelling option for laptops. Its Blue SN500 is a NVMe SSD which delivers fast write speeds on a budget. Available in 250GB and 500GB capacities, it’s a great way to step up your laptop’s performance without breaking the bank.

We’re an Android and mobile-related site and hard drive benchmarks and performance tests are not what you’d expect from us. We use laptops as part of our daily lives in personal and professional settings. To that end, we can appreciate the differences in a traditional, platter-based hard drive and the solid state stuff that’s so much better. 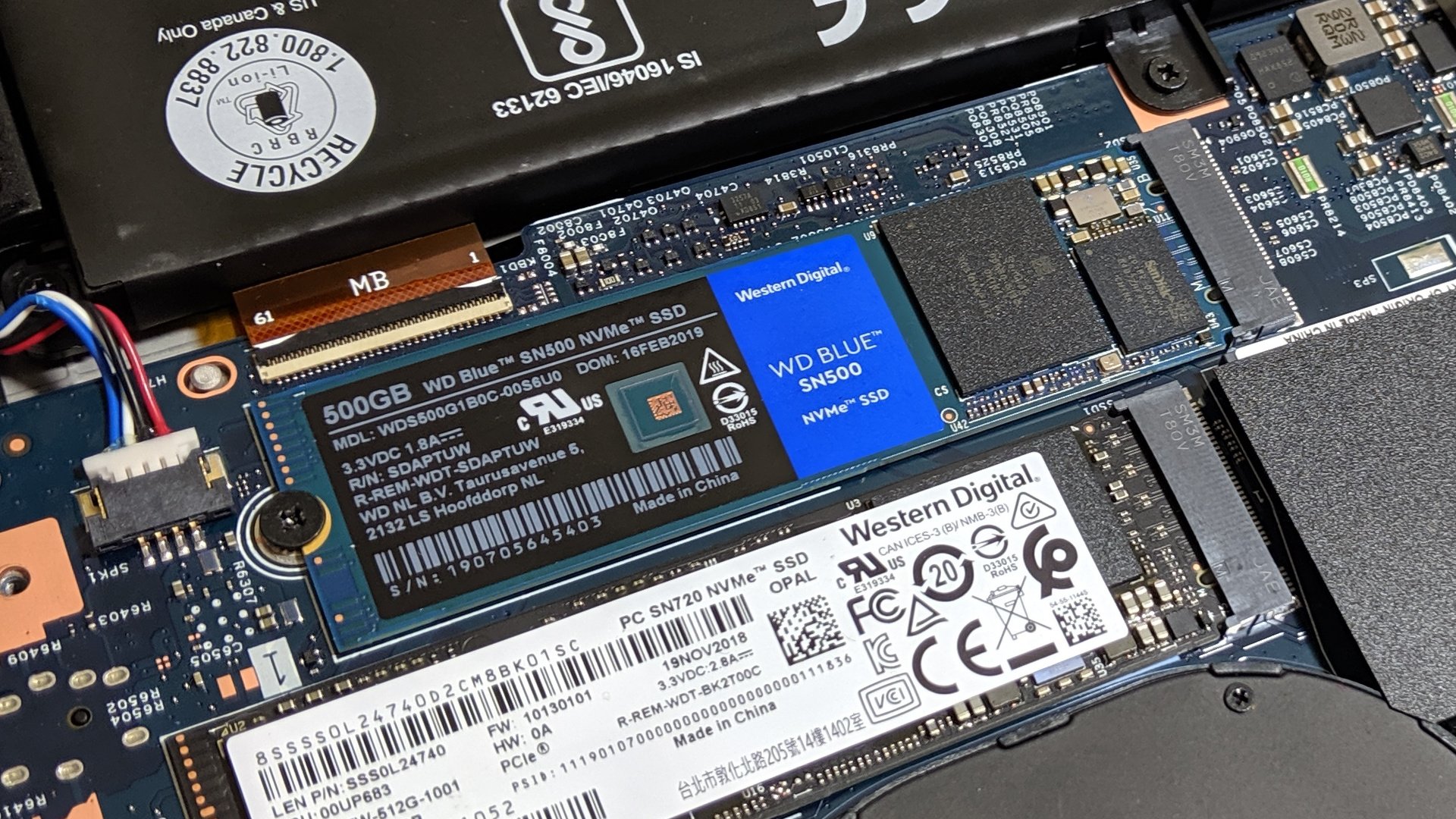 What makes NVMe (Non-Volatile Memory Express) so awesome is that its read times are incredible fast, to the tune of 1700MB/s. Even write speeds are up to 1450MB/s, or exponentially faster than the drive currently in your laptop. The bus protocol is so much better than what we’ve seen over the last few years. For what it’s worth, SATA tops out around 550MB/s.

Western Digital offers a 30-day money back guarantee and a five-year warranty on its Blue SN500 NVMe SSD hard drives. The Western Digital solution runs about $53 for the 250GB and $70 for the 500GB, both a fraction of what we would have spent a generation or two back. And, when you consider it’s more reliable and efficient technology, it becomes a better bargain. $50 (250GB), $65 (500GB) at Amazon

We get a lot of interesting hardware sent our way at AndroidGuys. Some of it good, and many more often that not are just gimmicks. We weren’t sure where the PhotoGrip Qi landed in that spectrum when it initially arrived in our mailbox.

Surprisingly, we found the PhotoGrip Qi to be an awesome little addition to my bag. It’s also super simple to use. After a quick pairing session over Bluetooth, you are ready to roll with this camera accessory. Does it add anything to the camera module on your phone? No, but it’s not meant to be that at all.

What is does do is offer a stabilizing cradle for you to better hold the phone while taking photos. Either when you are physically holding the device, or using it on a table as a stand, we found that it increased the quality of our photos by stabilizing the shot. The PhotoGrip Qi does what its name intends and just allows you a more consistent grip on the phone being used to snap pictures.

It also adds a Qi wireless power bank inside the PhotoGrip for you to continue to take photos beyond your phone’s internal battery. Add that with the removable shutter switch and you have a unique accessory to add to your travel bag on your next trip. $60 at Adonit

Many of today’s top phones have wireless charging capabilities and that means less cables around the home. It’s much more convenient to place your handset on a platter or dock to pick up a charge than it is to fuss with a cable. Why not get that same experience in the car? 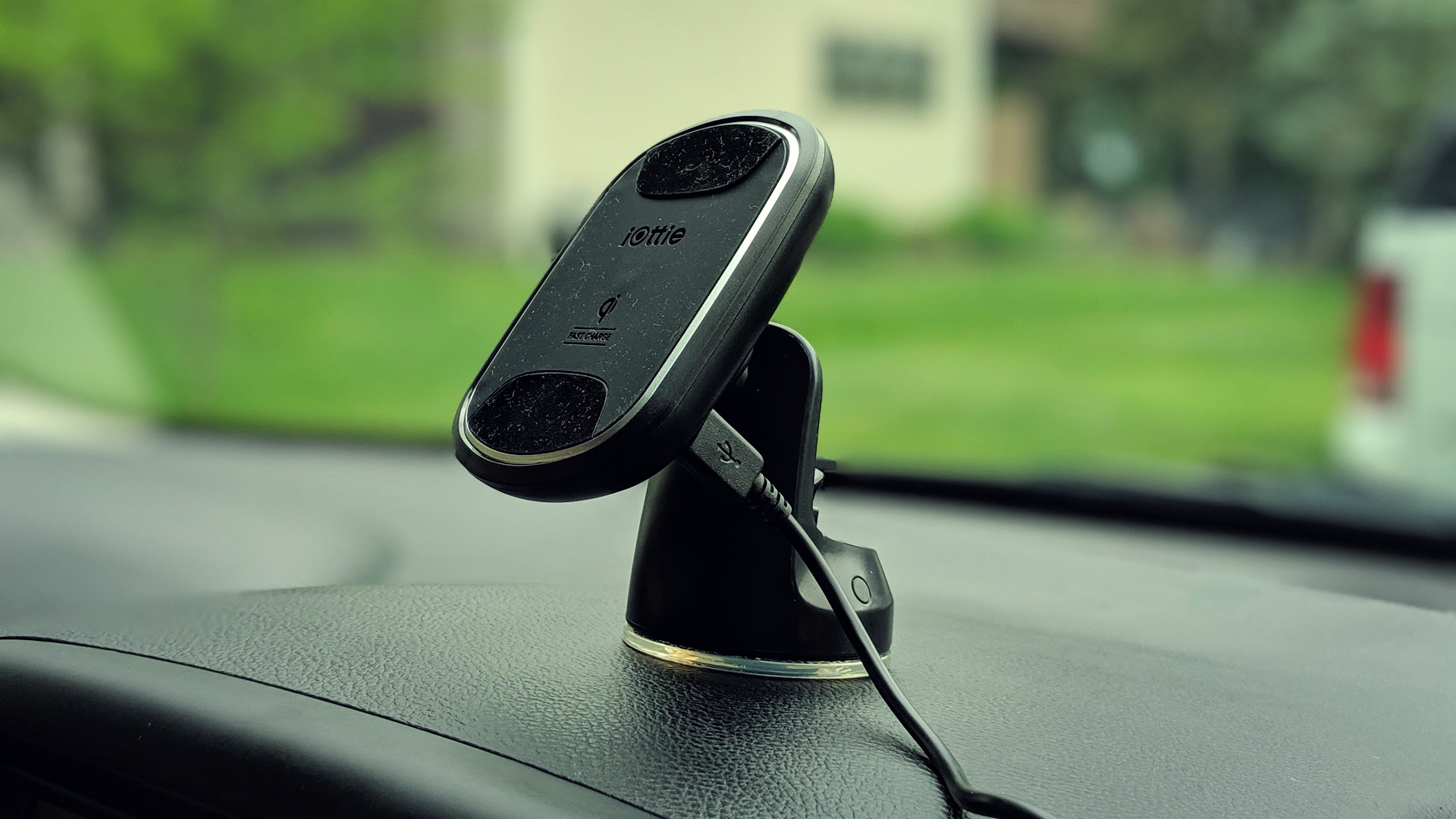 The concept of a magnetic dashboard mount isn’t new but it’s starting to become a little bit more mainstream. They’re stronger, smarter, and more flexible. The iOttie iTap 2 Wireless is not just a great magnetic phone holder, but it charges up Qi-enabled wireless handsets, too.

Place it on the dashboard and rest easy knowing the iOttie iTap 2 Wireless is designed to hold your phone in place, in a convenient location. What’s more, it allows for users to change the orientation from portrait to landscape, which makes for better navigation. That’s convenience and flexibility.

Included in the box are two magnetic pad which means you and your spouse can reap the benefits of the wireless charge. Not to worry, though, as the power cord used for the mount has a USB plug in it, too. Those who don’t have Qi wireless charging, or those looking to charge a portable battery or Nintendo Switch can still juice up. 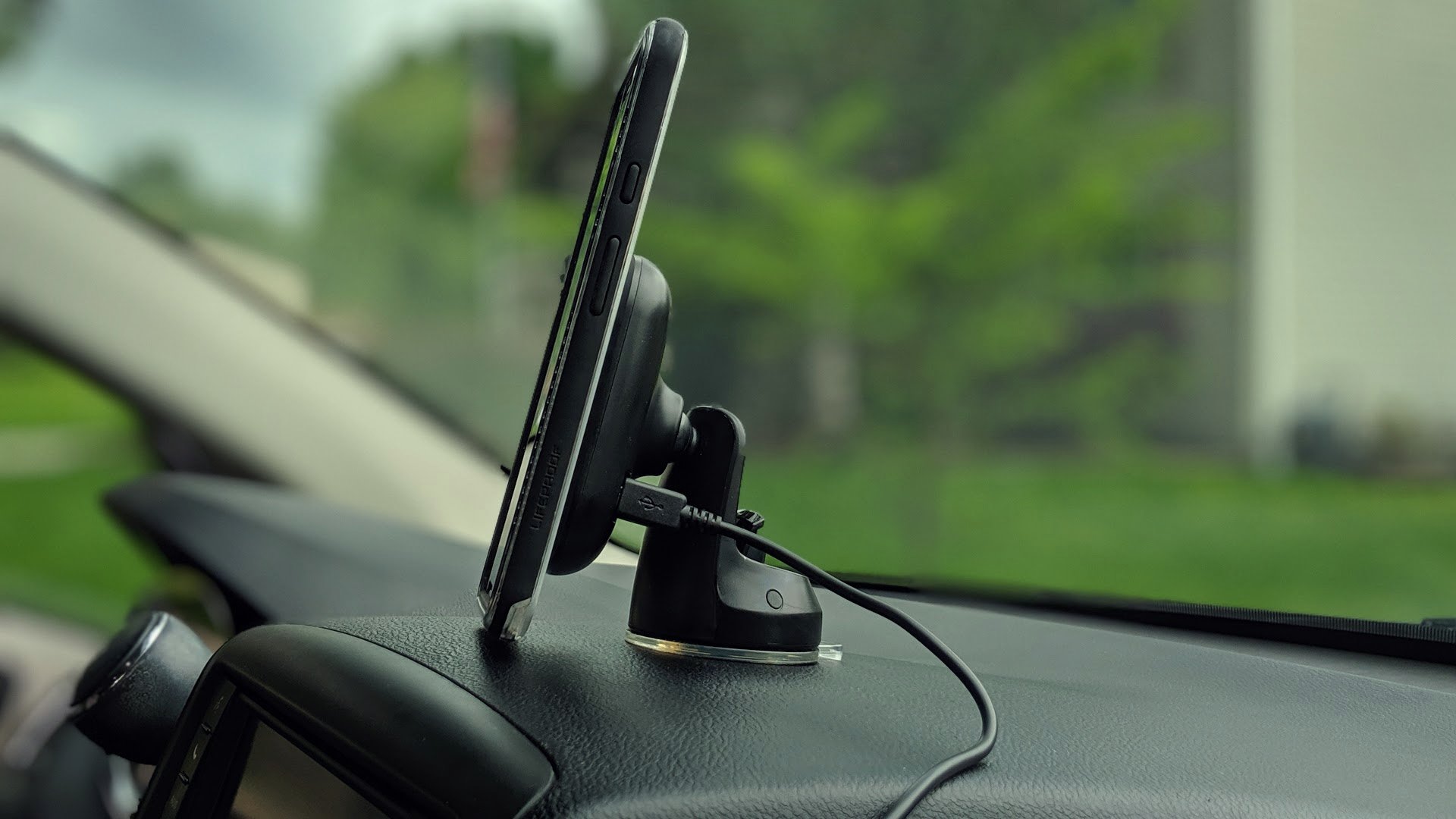 It takes all of a few minutes to set things up, and iOttie does a great job of walking you through the process. A metal plate placement guide helps line up the exact spot you’ll want to put on the adhesive and super-strong magnet. $55 at iOttie

We’ve long appreciated the myCharge brand of portable chargers as it does an excellent job of creating solid, dependable products. The myCharge HubPlus Universal is one of its latest devices and we love it.

We really appreciate the Hub series in general because of the all-in-one flexibility. Not only do the various models include built-in chargers, but they’ve also got a pair of integrated cables, too.

As for the HubPlus Universal, there’s one cable for USB C and one (Lightning) for iPhone. Not only that, but a USB port at the top means you can plug in any cable you need or want. That’s up to three devices being charged at one time. More importantly, it’s any plug you need.

A 6700mAh is tucked inside this portable unit and allows for about two full charges of a recent flagship phone. For older handsets or those which don’t have a massive battery it could be upwards of three charges. Alternatively, myCharge has a HubMax Universal which squeezes in 10,050mAh worth of power, or 50% more. $80 at myCharge

There’s an app for everything, right? Well, sometimes software isn’t as good as hardware. You could go with a free app for white noise and ambient sounds, sure, but how good does it really sound on your phone? 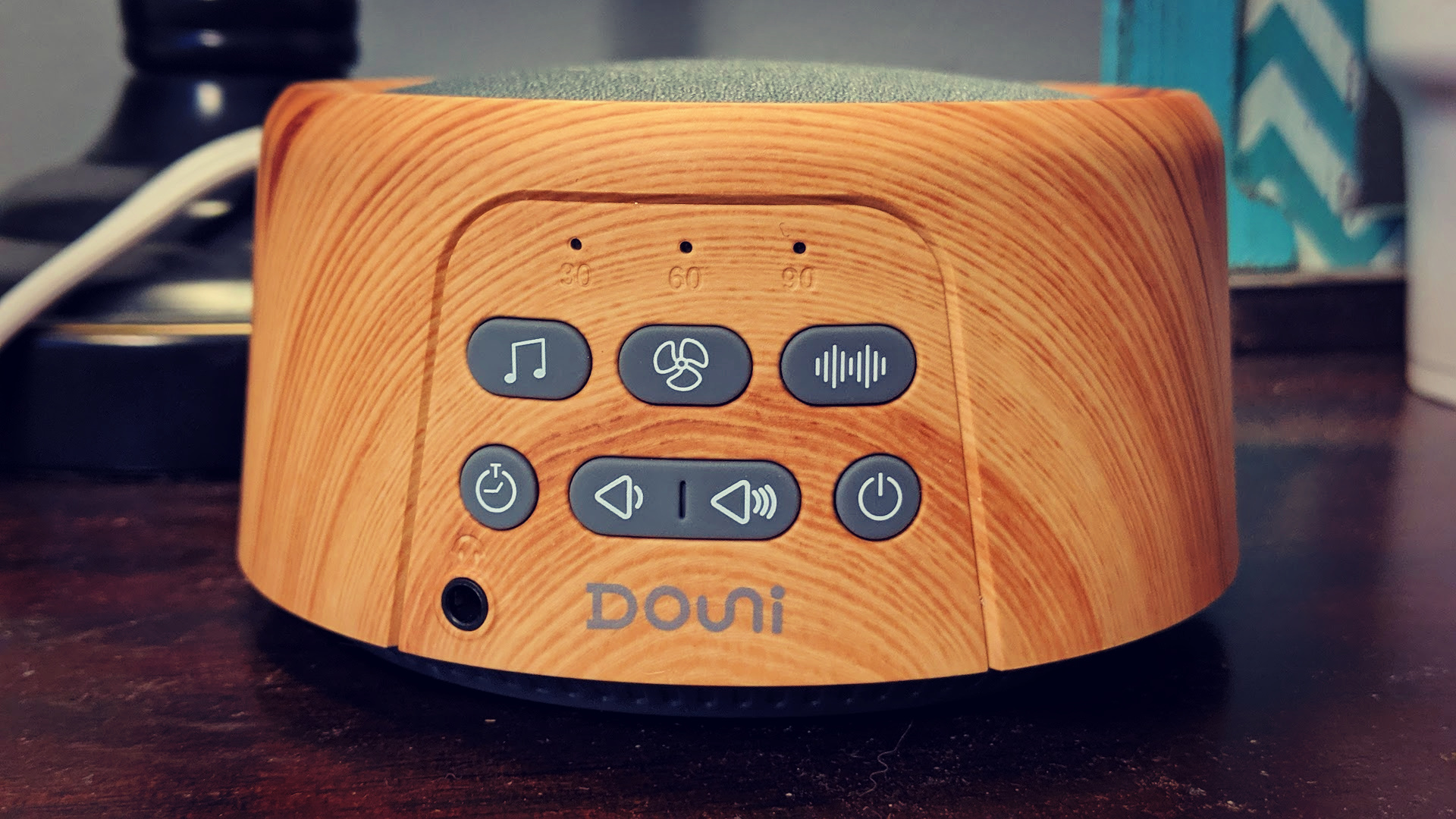 The Douni Sleep Sound Machine is a pint-sized unit that delivers up to two dozen sounds over three different categories. Enjoy seven types of white noise, ocean and nature sounds, ticking clocks, metronome, campfire, and others.

Small enough to sit anywhere in your bedroom or den, it puts out a surprising amount of sound. The wood grain finish and grey fabric fit pretty much any environment and don’t distract.

Set timers for 30, 60, and 90 minutes and fall asleep knowing the sound machine won’t drain a phone battery. Weighing less than one pound, this is a great accessory to toss in your bag for travel. Worried about disturbing others with the sound of a train slogging along on the tracks? Plug in some headphones and drift off to sleep. 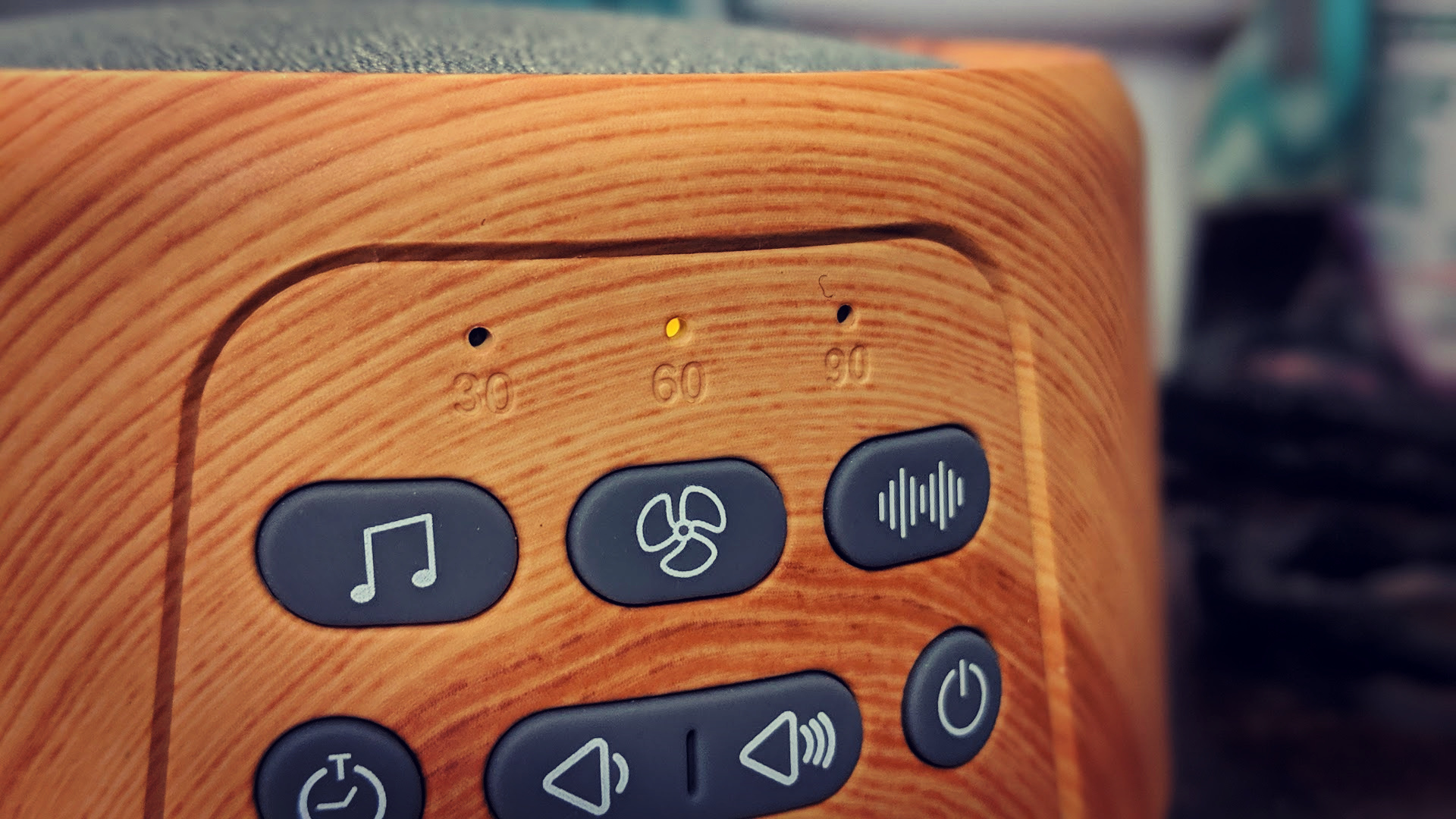 If there’s one thing we’d like to see changed here, it would be that the buttons had some sort of backlight to them. As it is, there aren’t many to deal with and once you figure them out, you’ll be good. Nevertheless, we would appreciate being able to see the functions without flipping on a light or breaking out the phone. $36 at Amazon